London bikers beware: Police are being deployed in significant numbers to enforce the 20mph zone in force within the City of London.

The zone – ranging from Chancery Lane in the West to Aldgate in the East and Cannon Street in the South to Barbican in the North, plus the bridges approaching the zone – has been in force since July 2014,  but there is little awareness of this and minimal signage.

There are exceptions for the A3211 between Victoria Embankment and Byward Street; the lanes and alleys between this red route and the River Thames; and the A1210 Mansell Street, Goodman’s Yard and Minories.

Our reporter – himself a London biker – had no idea until January 2015, when he spotted a 20mph sign painted on the road surface on one of his regular roads. 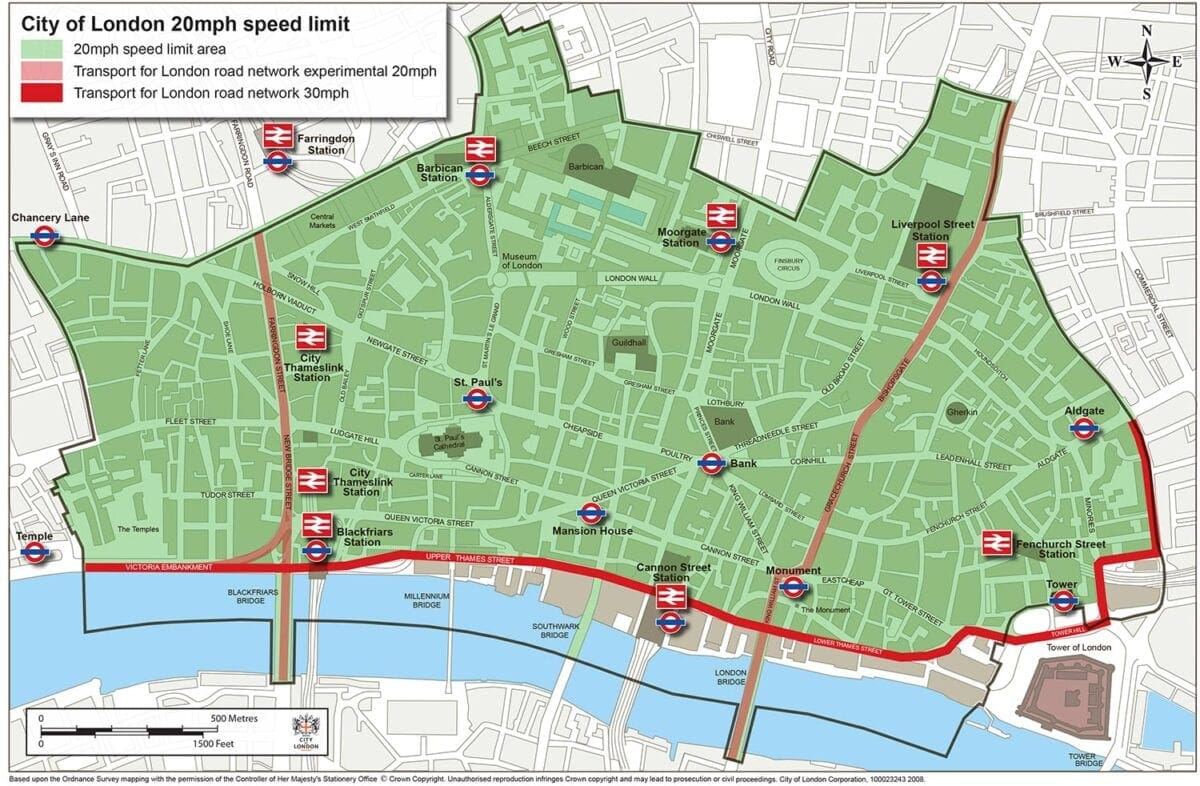