The weather has played a major part in each MotoGP team’s testing plans, with the searing heat during the day meaning that realistically riders could only set flying laps within a small time-frame when the sun wasn’t at its peak. Most teams focused on developing the bike and finding their riders’ ideal set ups over the first two days, while today provided a chance for the teams to show their true pace this morning, before running race simulations this afternoon. 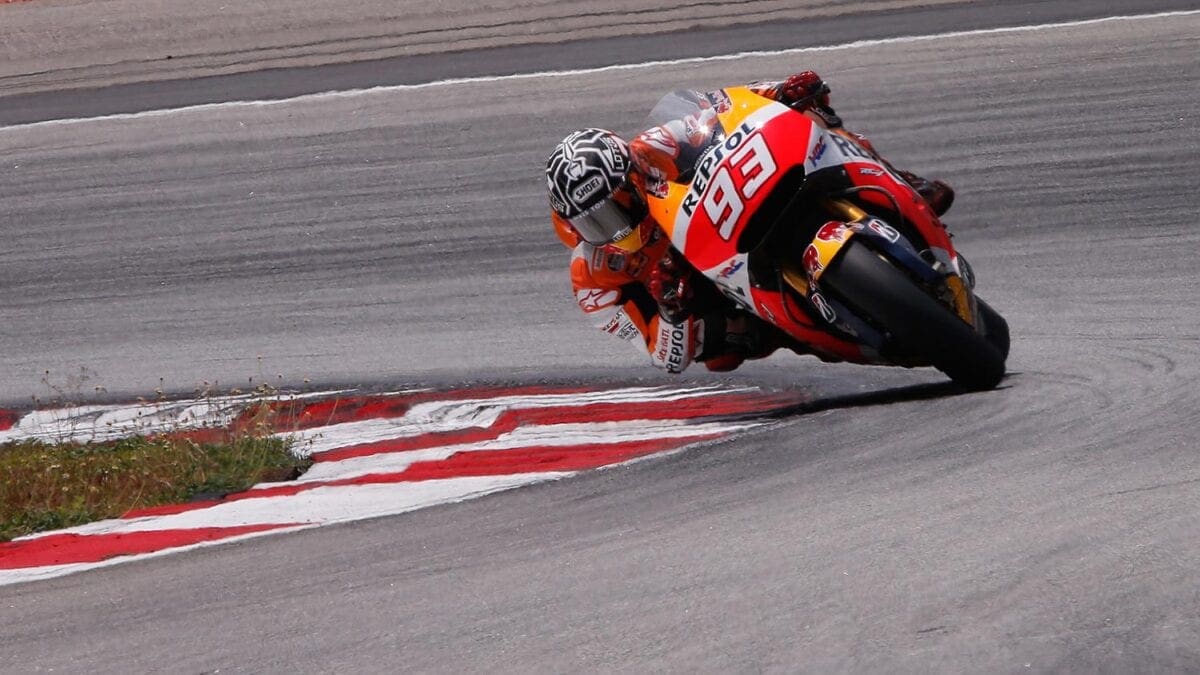 Repsol Honda will be delighted by the way Marquez, whose first day was ruined by a brake problem, responded to dominate the last two days. For the Spaniard, his main focus was on evaluating different chassis types, and tweaking the set ups on each to find the one he prefers.

He headed the timesheet’s for the last two days, with his best lap of 1’59.115 putting him over 3 tenths of a second ahead of his nearest rivals. No one can accuse the reigning champion of resting on his laurels on the final day either, as he put in more laps than anyone else (73) on the final day. This included a stint of 19 laps where he managed 16 laps under the 2’01 barrier, and will leave Malaysia knowing that he is once again in a very strong position to retain his MotoGP™ title.

Dani Pedrosa showed good pace on day 1, finishing 2nd on the time sheets, but since then he struggled to make much more progress. The two time 250cc World Champion only managed to improve by half a second during the test, and will be upset that he didn’t manage to break the 2 minute mark, finishing fifth fastest overall. 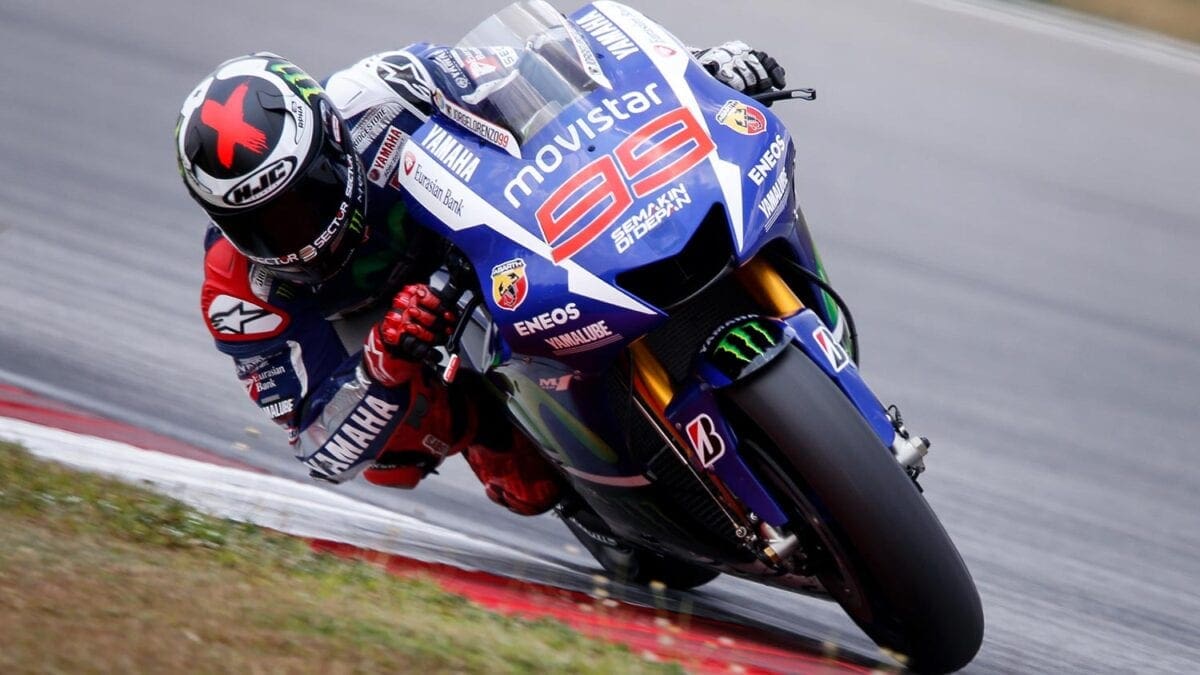 Movistar Yamaha’s Jorge Lorenzo arrived at Sepang 2 in the best shape of his life, according to the rider, after a gruelling off season training regime. All that work appears to have paid off as he was able to put in a huge number of laps on each day, despite the heat. Lorenzo not only finished 2nd overall, setting his fastest time this morning just 0.3s off Marquez, but managed to knock over 2 seconds off his time over the course of the three days. He and his teammate Rossi were also evaluating and testing the “evolved” seamless shift gearbox Yamaha brought to Sepang 2.

After topping the timesheets on the first day, Valentino Rossi has seen the gap between him and Marquez stretch from 0.4s on day 2 to 0.7s by the end of the test. While he was one of only 6 riders to break the 2 minute mark over the course of Sepang 2, the 9 time champion will hope to be more competitive in Qatar. 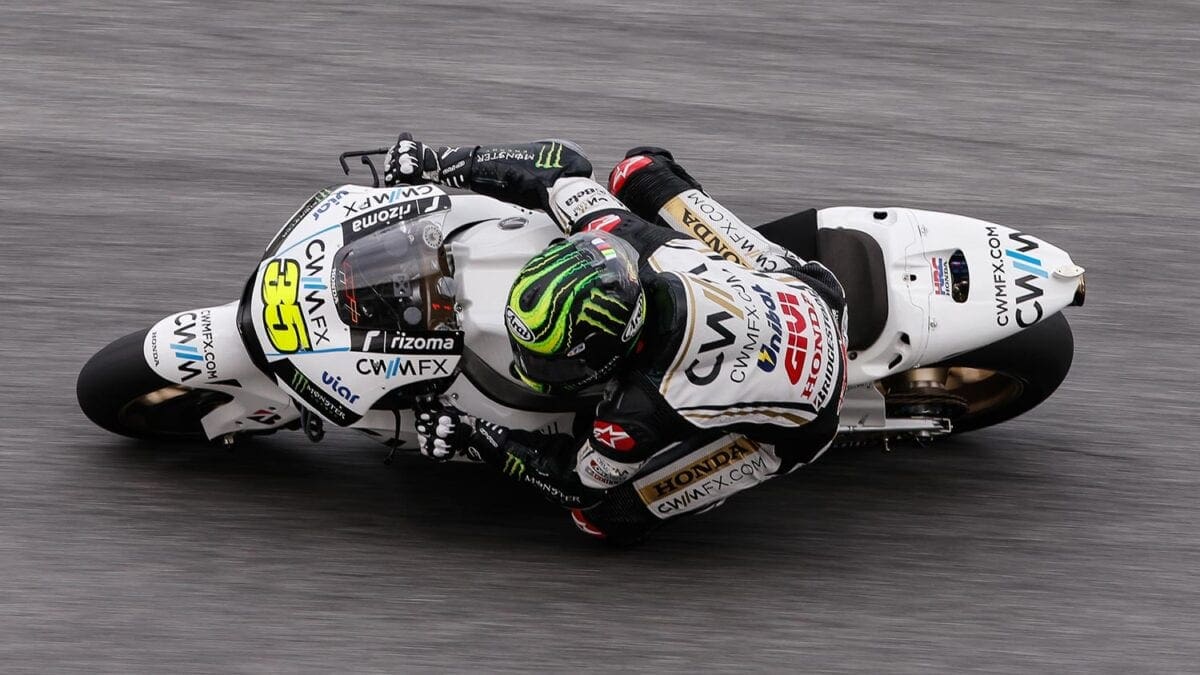 One rider who will be extremely pleased with his performance over the three days is Brit Cal Crutchlow on the CWM LCR Honda. When he arrived in Sepang, he acknowledged that he had to change his riding style to suit the RC213V and try and find a way to be competitive on fresh tyres. He did just that, improving everyday and managing to set a very impressive 1’59.658 early on day 3, which was over 1.5 seconds quicker than his time on day 1 and more importantly achieved on a new set of tyres. Not only that but he managed to run a long race simulation this afternoon in which he consistently was lapping around the 2’01 mark.

His teammate Jack Miller, who was using this test to get used to riding the Open class Honda RC213V-RS, posted his fastest time on the final morning. He managed a 2’01.593 as he continues to get used to the extra 200bhp on offer from his new machine compared to his Moto3™ bike from last year.

It was a very important 3 days for Ducati, as they debuted the all new GP15 bike. Andrea Iannone immediately found the new machine to his liking, finishing 4th overall on the time sheets, and managing to get within 0.6s of Marquez on the final morning. Dovizioso complained of some issues under braking and did not show the same confidence on the visibly smaller machine, ending up setting his fastest time on day 2, half a second slower than his teammate. Team boss Luigi Dall’Igna stating that they wanted to see how the bike performed at the Qatar test before making a decision if they will take two GP15’s to the first race, in case Dovizioso may prefer the GP14.3. 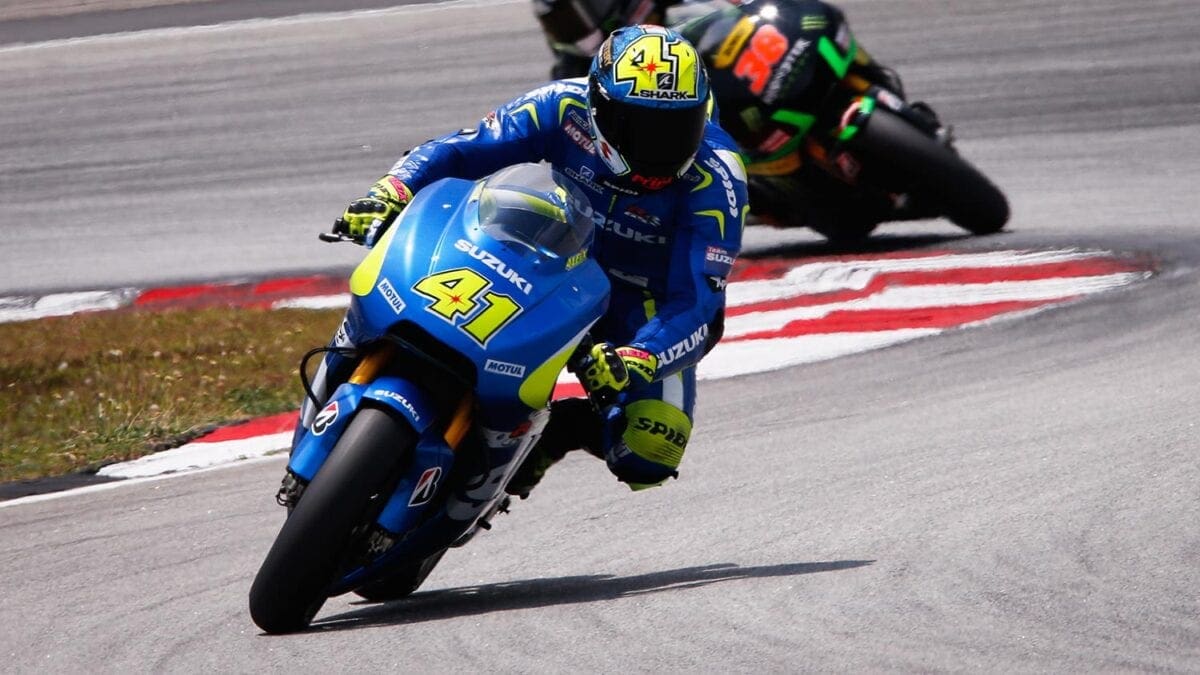 Suzuki continued their encouraging return to MotoGP™ by bringing a new fairing and some engine updates to Malaysia. Aleix Espargaro took advantage of these improvements to record a 2’00.275 on the final morning, good enough for 9th place overall. Rookie Maverick Viñales looked to have no problems adjusting to the GSX-RR after stepping up from Moto2™, and will have surprised quite a few people by finishing just over 3 tenths slower than his more experienced teammate.

Bradley Smith progressed well during the test as he recovered from his ankle injury to finish 0.6s ahead of Pol Espargaro on the other Monster Tech 3 Yamaha, as their crews focused on developing the electronics package on the YZF-M1.

Hector Barbera has been the leading Open class rider throughout the test and put in a flying lap this morning that put him in the top ten for the first time throughout the 3 days, although he did have the softer option tyre available to him compared to the factory teams. Mike Di Meglio on the other Avintia Ducati GP14.2 finished a further second back, with a 2’01.487.

Scott Redding’s focus during the test was on chassis development and adapting his riding style to the Factory spec Estrella Galicia 0,0 Marc VDS Honda RC213V. He ended the final day in 16th place, managing to shave over a second off his time over the three days.

Drive M7 Aspar’s Nicky Hayden had to adjust to a completely different bike compared to the Sepang 1 test, as he wasn’t happy with the original setup, and clearly found something as he shaved 2 seconds of his best time over the test. Teammate Eugene Laverty was using the three days to familiarise himself with the Honda RC213V-RS and will be pleased to have finished just a second behind the 2006 MotoGP™ Champion. 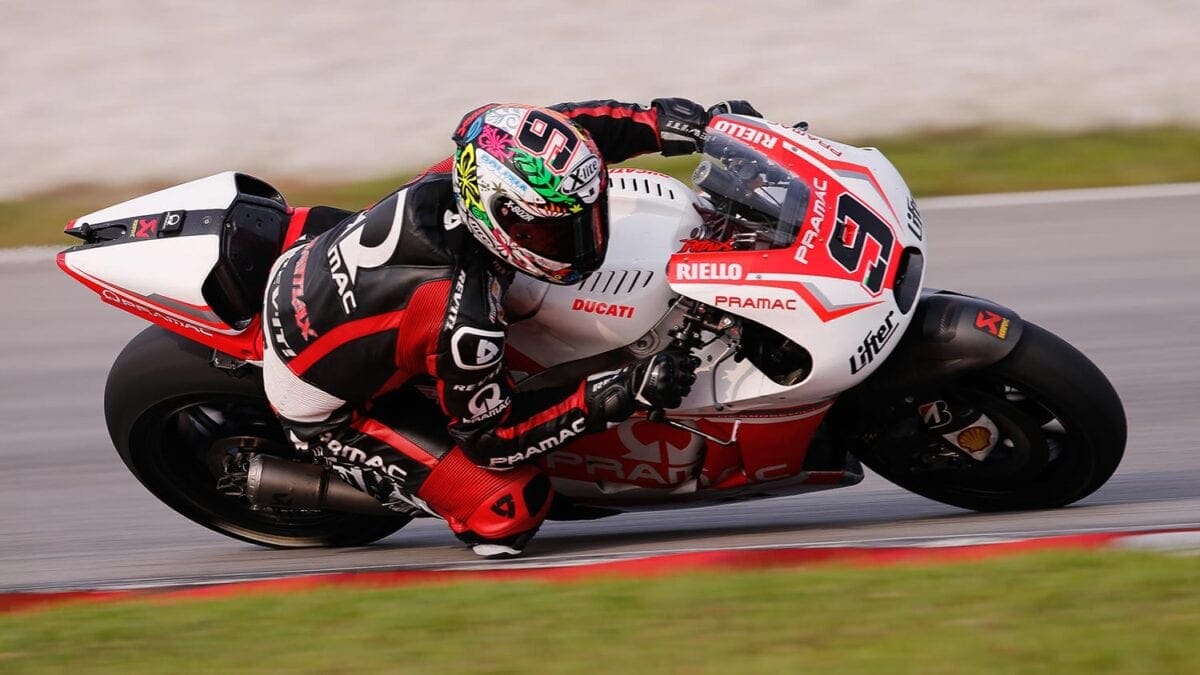 Danilo Petrucci was the fastest of the two Pramac Ducati riders on the GP14.3, finishing just outside the top ten on the last two days, while Yonny Hernandez simply focused on getting as many laps as possible under his belt after missing Sepang 1 through injury. 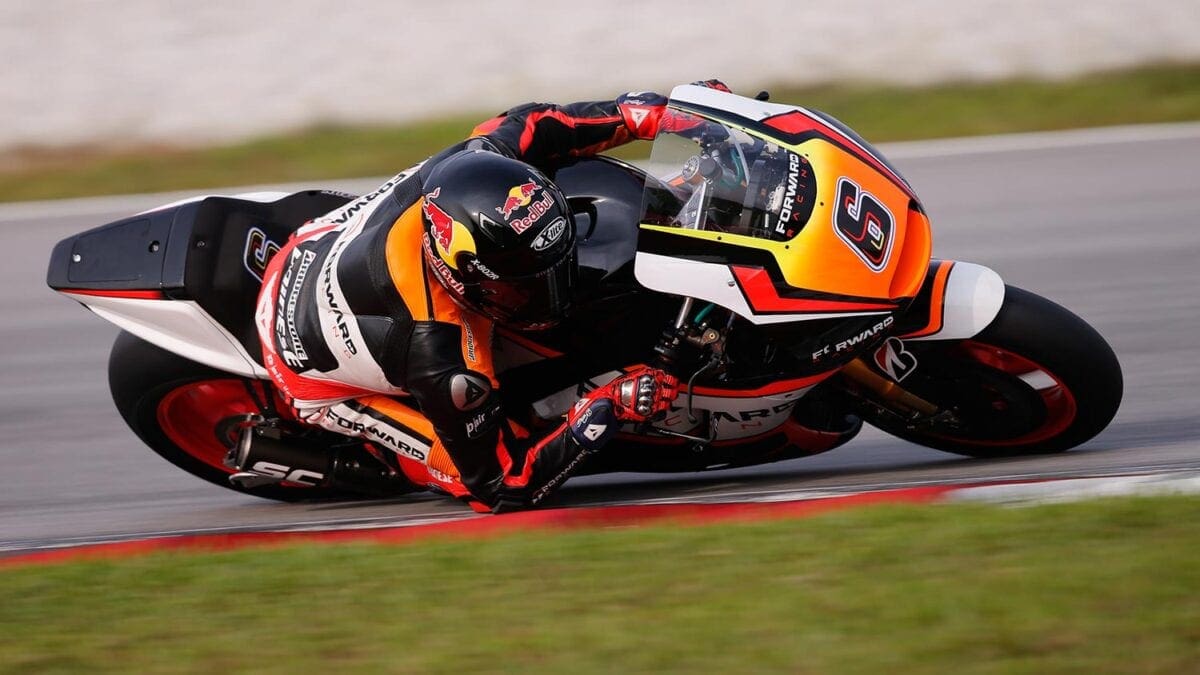 Forward Racing were focused on testing the new electronics software for Stefan Bradl and Loris Baz that they debuted at Sepang 1, and will be encouraged by the former’s one lap pace as he finished just 1.5 seconds off Marquez on the final day. Baz, was another 2 seconds back, as he gets used to riding the RC213-RS after making the step up from World Superbikes.

For Aprilia, an evolution of the bike they used at Sepang 1 had mixed results, as Alvaro Bautista had more success than his team mate Marco Melandri on the latest version of the RS-GP. Bautista ended day one in 12th but struggled to improve much more over the test, shaving just .4s off his time over the next two days, while Melandri ended each day last and on the final day was almost 4.5s behind Marquez.

Karel Abraham finished with a 2’01.538 on his Honda RC213V-RS, improving by over 8 tenths during the three days. Alex De Angelis was focused on the electronics and set up of his Octo Ioda ART machine, ending the final day just over 4 seconds off the pace.

For full results from the Sepang 2 test, click here.