First Brough Superior expected in May 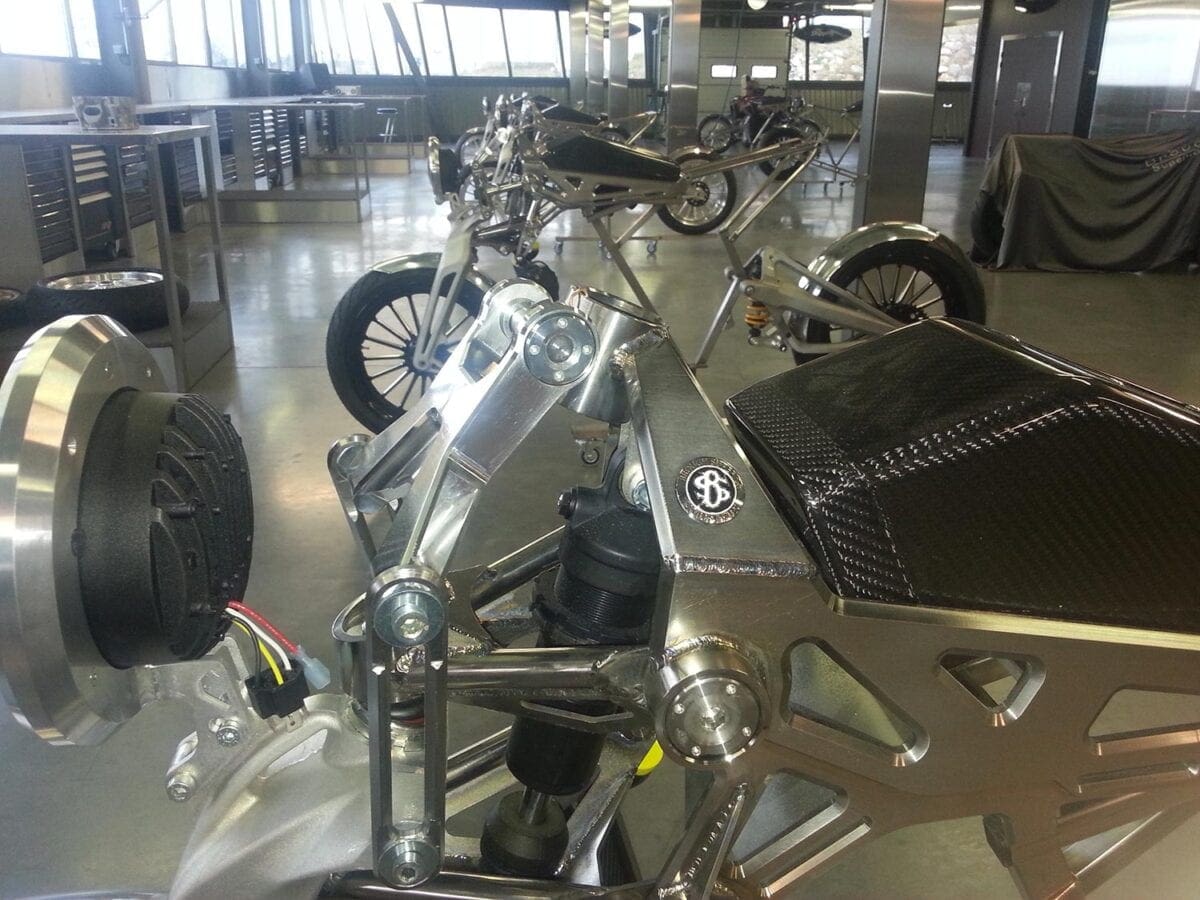 The all-new machine, developed in partnership between Brough owner Mark Upham and Toulouse-based Boxer Design, has been significantly redesigned since its original unveiling in Milan in 2013, but is now finally nearing production readiness – as these first pictures from inside the factory show.

“As of last week, we are pretty much on target,” Upham said this week. The bike has the same all-new, 90-degree, 997cc V-twin as the original, along with a radical Fior front end, double ‘twin disc’ front brakes and unconventional 18-inch wheels, but the chassis and geometry has been redesigned along with a larger tank and airbox and revised engine internals. Price will be around £50,000. 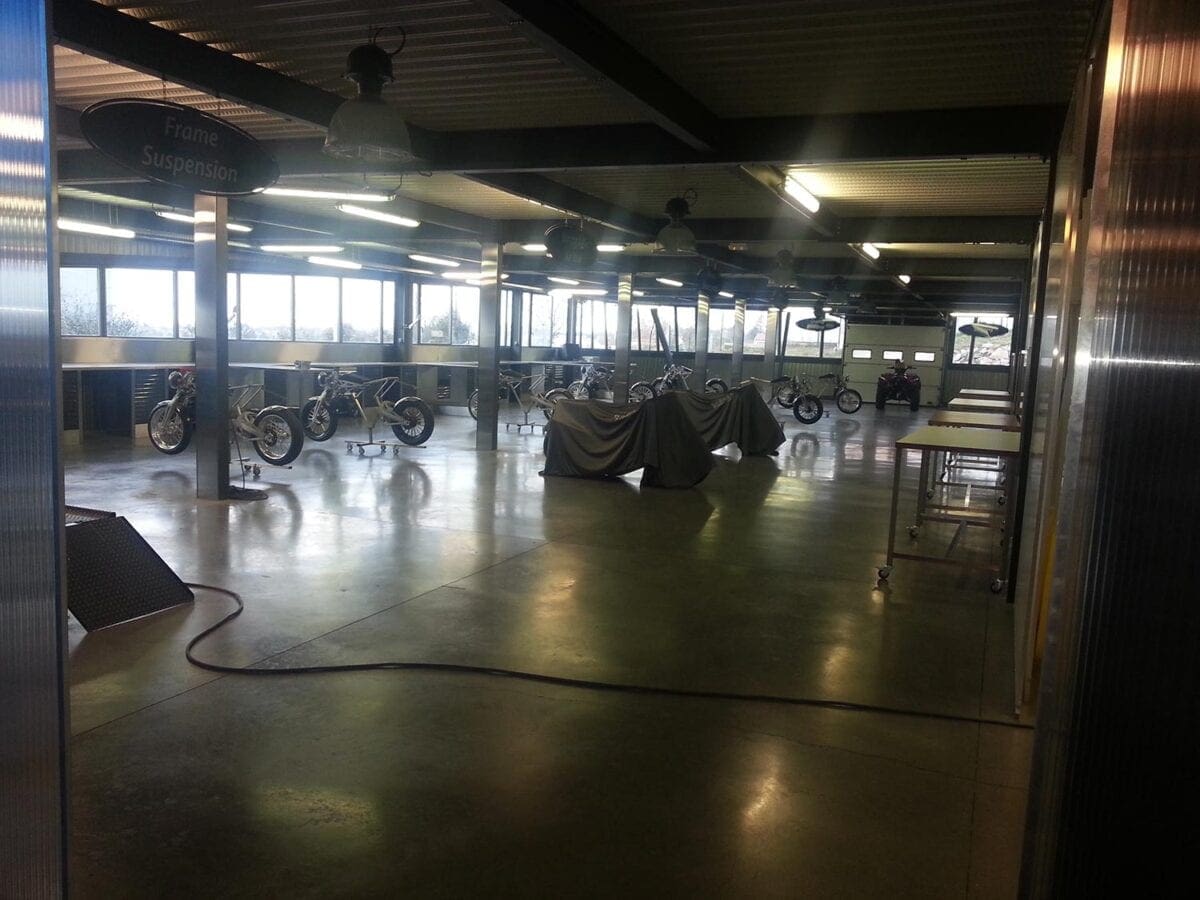 Now, as these pictures show, the first bikes are being readied for testing targeted for May with limited deliveries planned for later in the year.

“We’re don’t want to launch too early,” Upham continued. “What we want to do is to make sure that there is an excessive amount of testing done simply because it has to be good. And it has to be VERY good.” 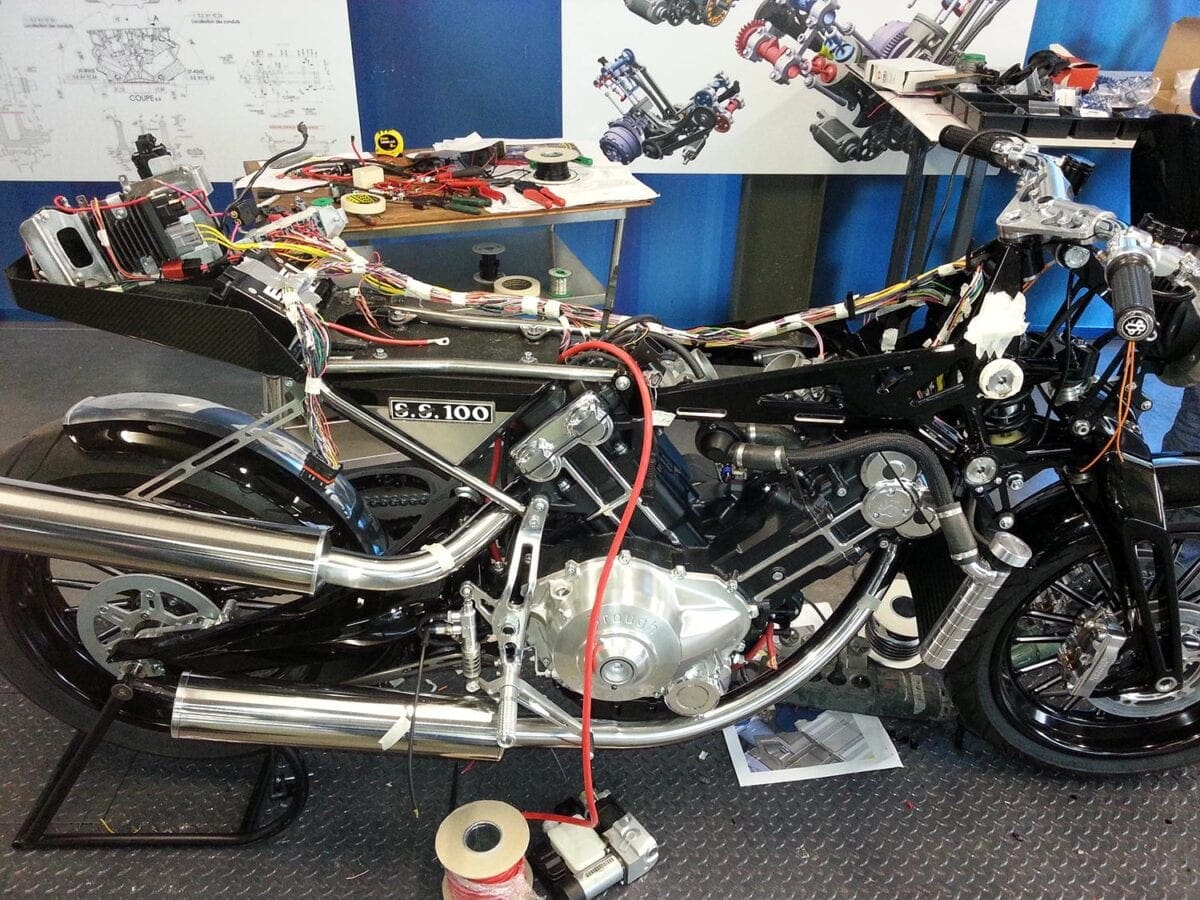 Upham explained that Brough production will now take place at two factories at the Boxer Design facility: one for final assembly, pictured here and another for machining and engine assembly.

“I think, very, very seriously, that there will be some bikes delivered this year,” he continued. “But not in high quantities. The real quantities – and by that I mean five+ bikes a week – will be made next year.” 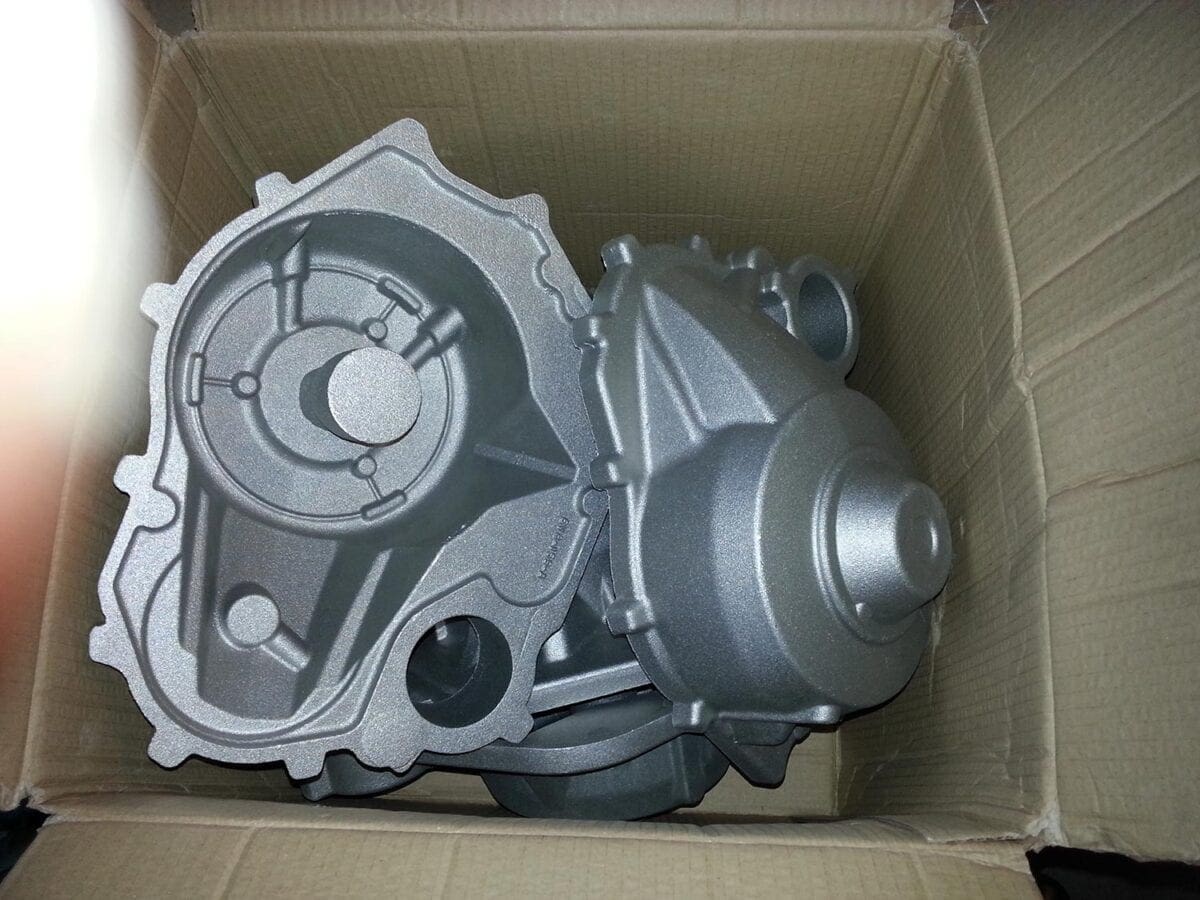