Don’t be caught out by fake motorcycle clothing 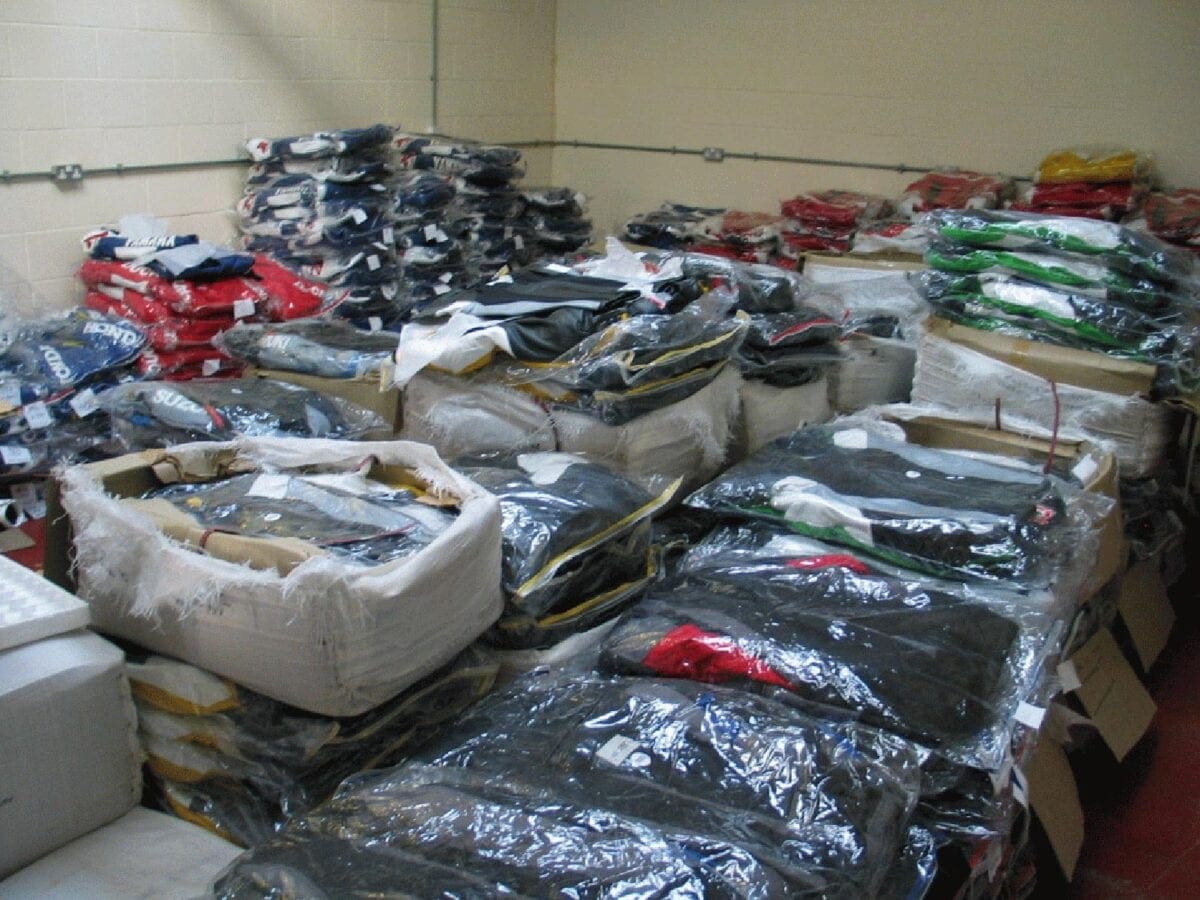 Often found for sale online and at markets, criminals selling counterfeit goods are generally aware of the consequences of their actions, and for this reason purposefully try to stay under the radar and not raise suspicions of law enforcement or members of the public.

The internet is a major facilitator of IP crime – social media offers a great platform for showcasing the ‘fake’ goods on sale. Previously, the agencies focused on online auctions and websites, but recently there has been a significant shift to social media.

As well as the obvious goods such as alcohol, cigarettes and tobacco proving popular for the counterfeiters, riding gear and motorcycle parts have been targeted by some trying to make quick cash. Whether it’s a brand new helmet that you’re buying online, or a riding jacket that you’ve found for a bargain price at a local market – beware, as it might not be what it claims.

Darren Dickenson from Wimbledon spoke to us after his neighbour’s grandson unwittingly bought a fake helmet: “He bought the helmet online, thinking that it was a genuine AGV. He’s only just started riding so was looking to get a good deal. It looked great in all the pictures and cost just £45. When it arrived and we had the chance to look at it closely, we realised that the quality was poor and there was no way that this was a genuine AGV. I certainly wouldn’t fancy my chances after an off!” 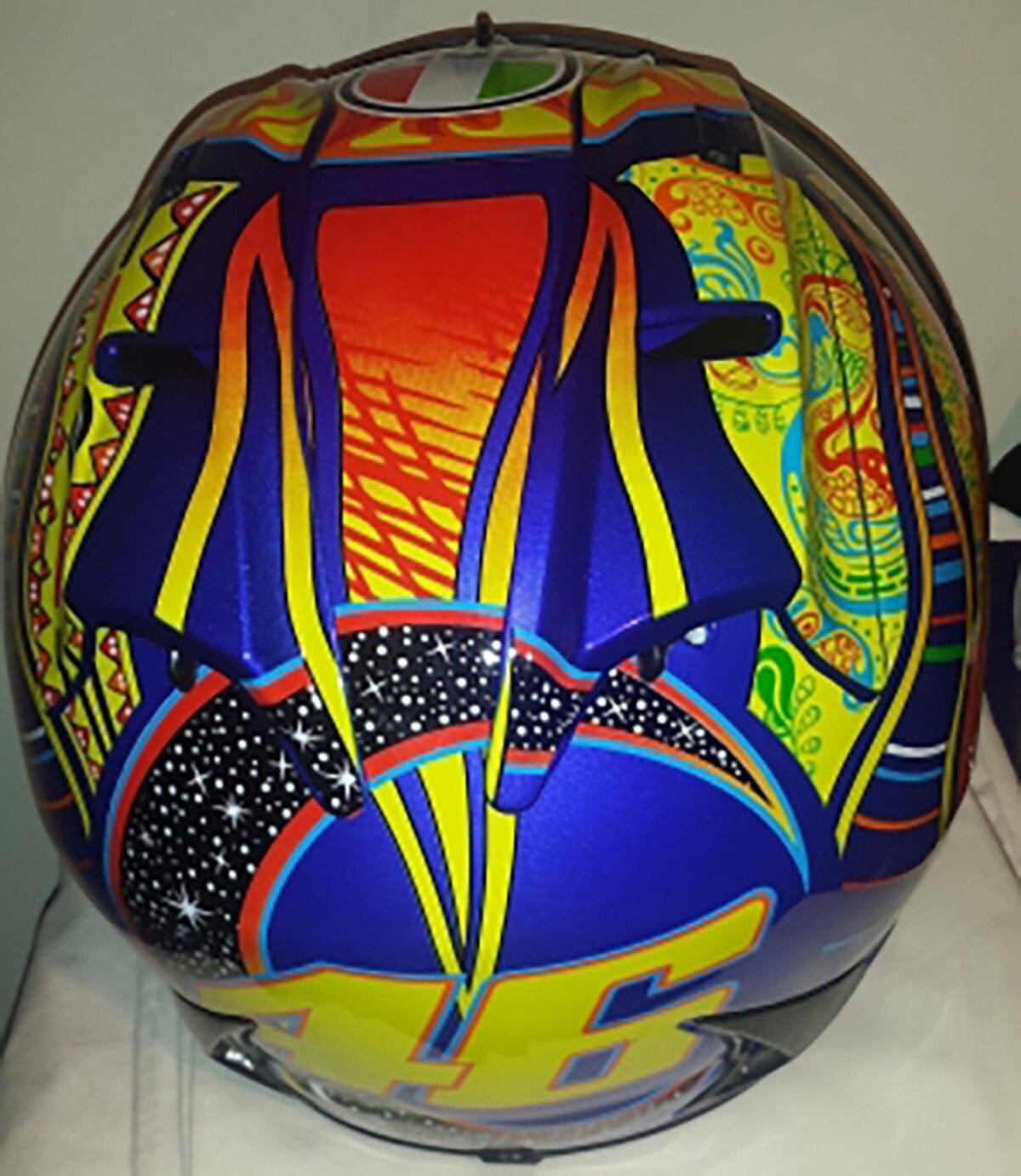 Steve Horsley from Peterborough Trading Standards said “Counterfeit goods will not be made to the same safety standards and quality as the genuine product. It might be an exact cosmetic copy but may not perform as the genuine product was intended to. They may carry markings – such as CE approval – but the likelihood is that they will not have gone through the process of safety and quality tests.”

But what kind of thing should you look for? We spoke to the Head of the Police Intellectual Property Crime Unit (PIPCU) at the City of London Police, DCI Danny Medlycott, who gave us his top tips on how not to be fooled: 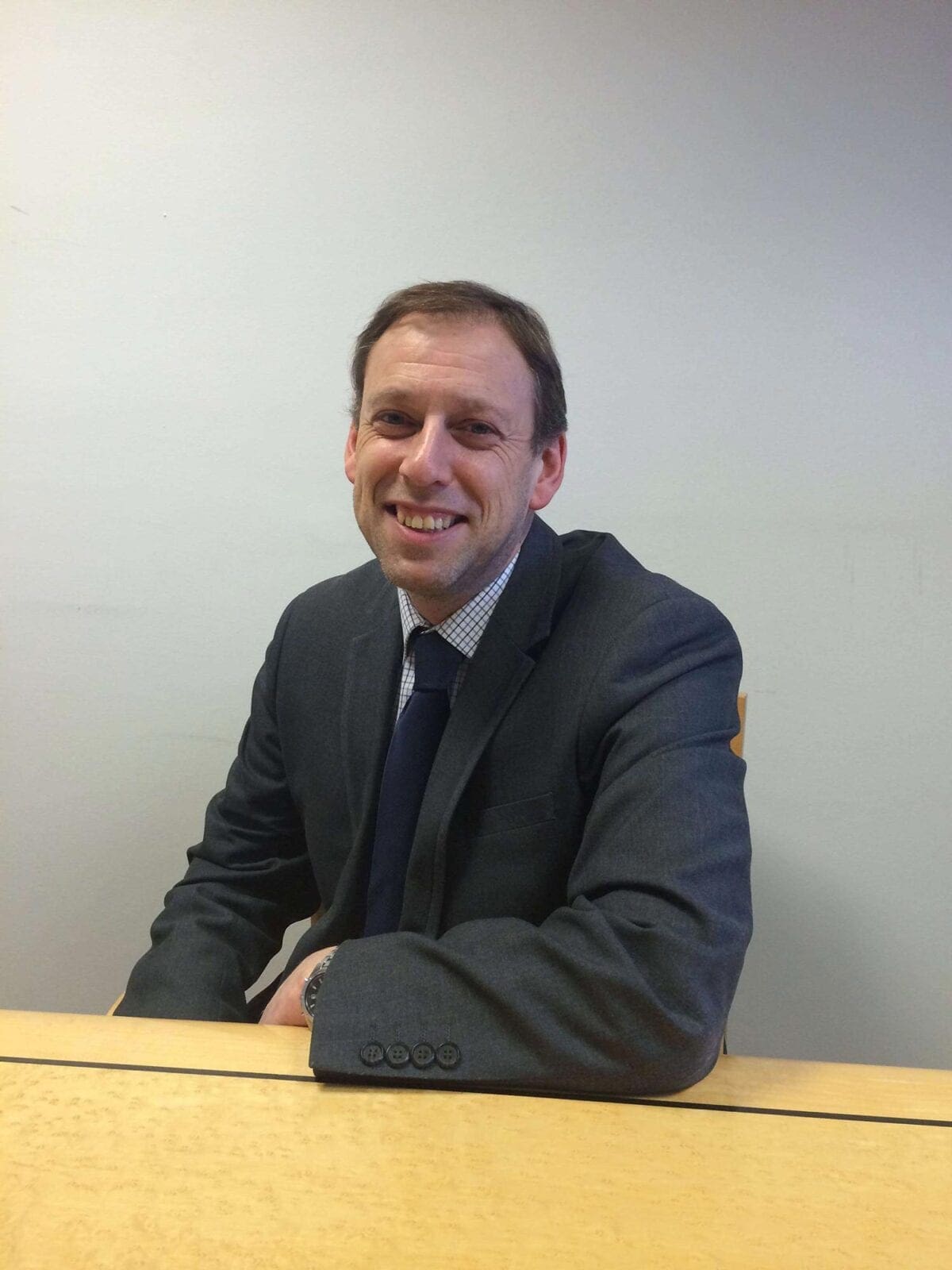 Be aware of the dangers

“When shopping online, consumers need to be vigilant that they are not misled into buying counterfeits. Many websites purport to be selling genuine items, but in fact they are just cheap and shoddy imitations, which in some cases can be extremely dangerous as they do not go through vigorous safety checks.”

“Many people are also not aware that by accessing these sites they may be exposing their computers to harmful malware and viruses, and even putting their personal and financial information at risk of being compromised.”

“We would advise anyone shopping online to research the site they are considering buying from. Check online to see what other people are saying about the website as many people will often turn to forums and blogs to warn others of fake sites. Also look at the spelling and grammar used; often the people behind these sites do not pay a lot of attention or care to this detail. You should also look at the contact us section; if there is no physical address or working telephone number, you should be wary.”

If it looks too good to be true

“…then it probably is; heavily discounted products are often a tell-tale sign that something isn’t right.”

If you do unknowingly fall victim to counterfeit fraud make sure you report it to Action Fraud at www.actionfraud.police.uk or on 0300 123 2040. 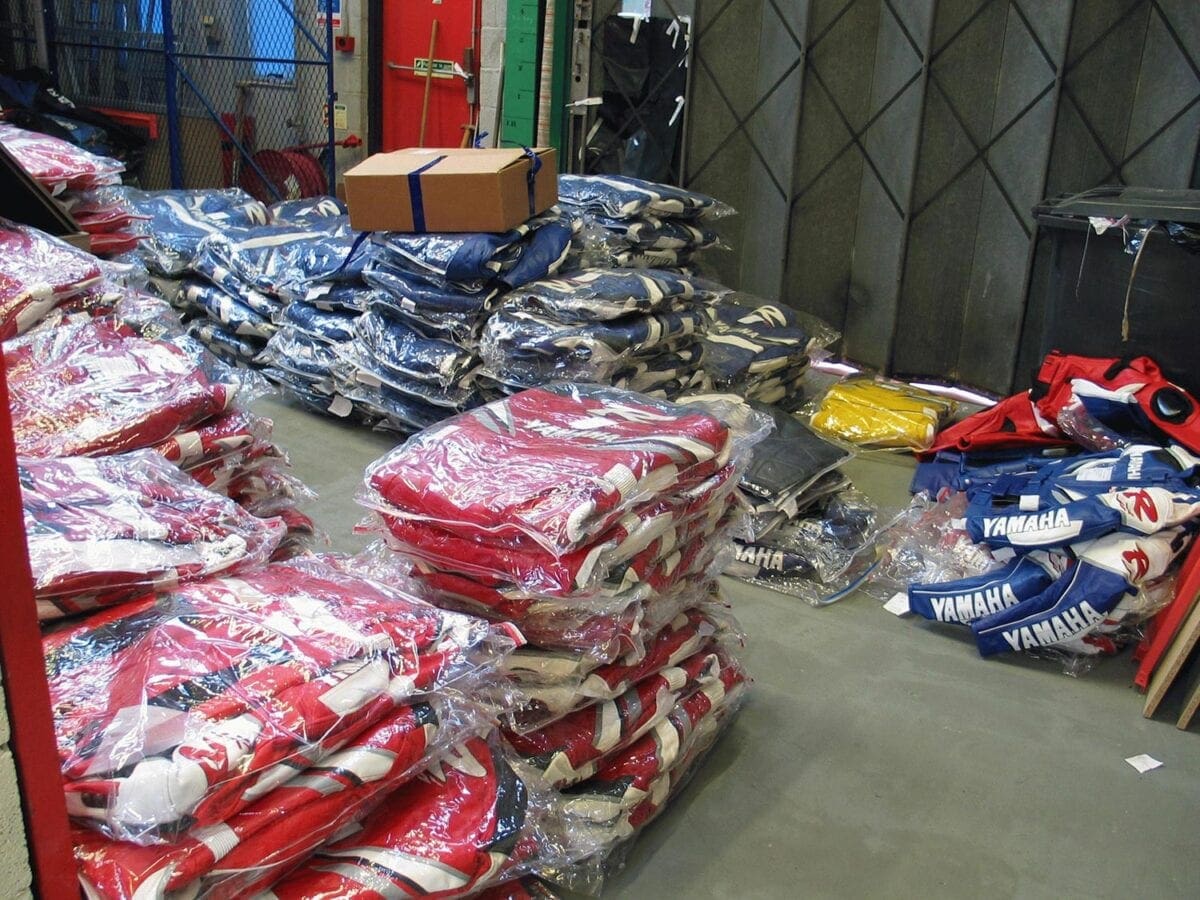 The unit is operationally independent and launched in September 2013 with £2.56million funding from the Intellectual Property Office (IPO) until June 2015. It was announced in October 2014 that PIPCU will receive a further £3 million from the IPO to fund the unit up to 2017.

The unit is dedicated to tackling serious and organised intellectual property crime – counterfeit and piracy – affecting physical and digital goods (with the exception of pharmaceutical goods) with a focus on offences committed using an online platform.

The unit comprises of a 20 strong-team, consisting of detectives, analysts and researchers and is based within the Economic Crime Directorate of the City of London Police, the National Lead Force for Fraud. Here it is drawing on the expertise and experience already in place that is leading the national law enforcement response to economic crime and running independently funded police units tackling insurance fraud, corruption and bribery and card payment fraud.​​​​

What is IP crime?

According to the 2013/2014 IP crime report, IP crime is the ‘wilful use of someone else’s trade mark or copyrighted work without the proper authorisation to do so.’

There are two categories:

Each is classed as a criminal offence and come with a maximum sentence of up to 10 years in prison. 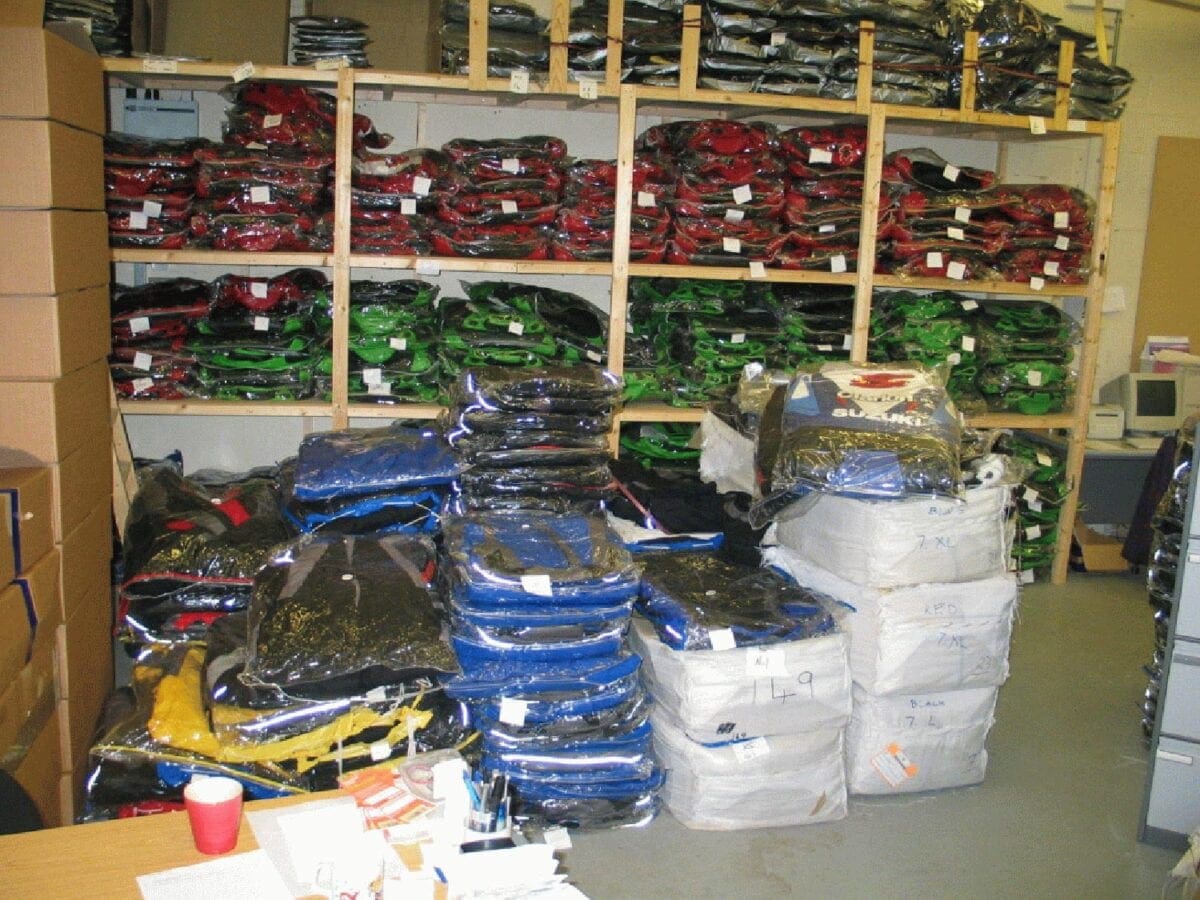