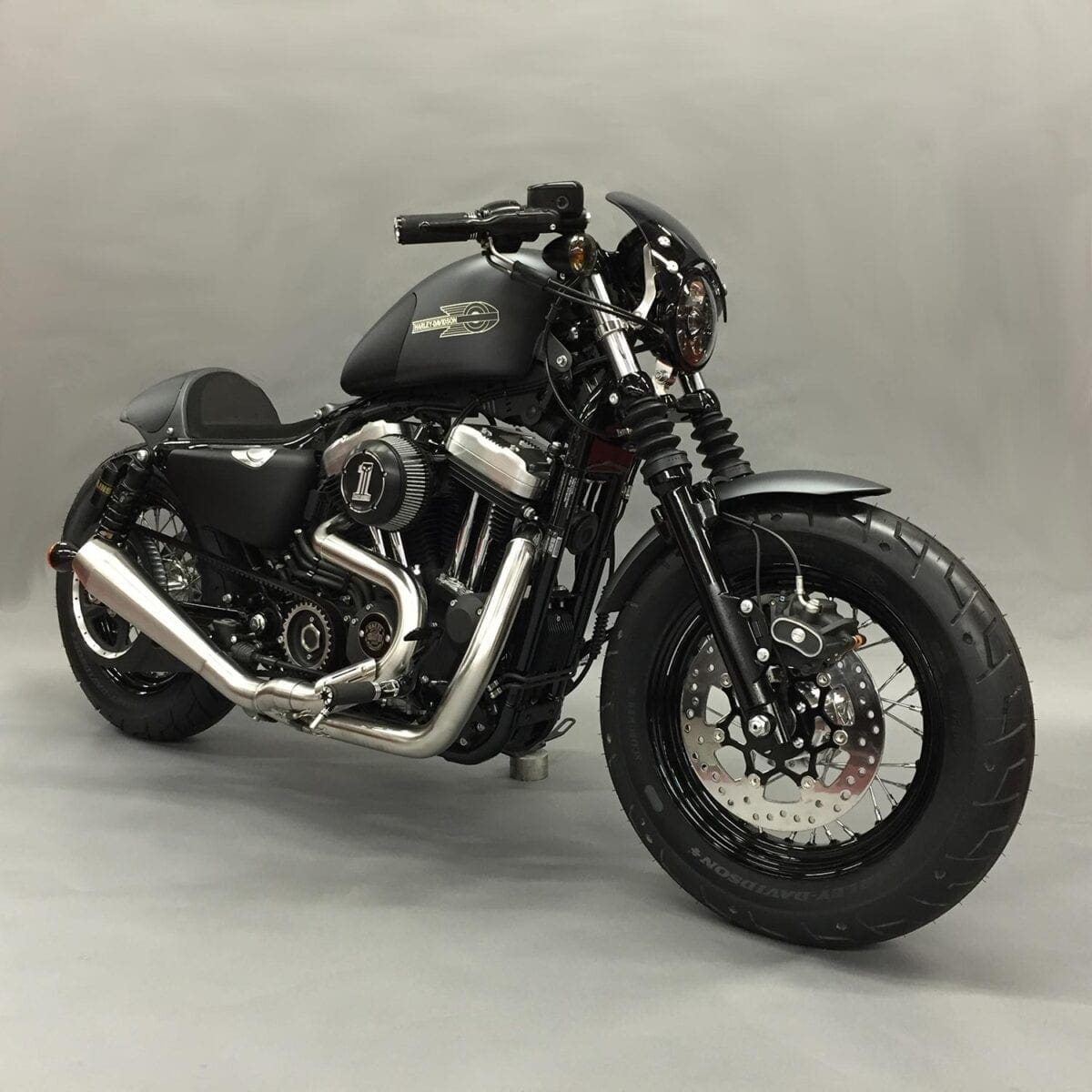 The ‘Battle of the Kinds’ competition involved all 29 UK and Ireland authorised Harley-Davidson dealers building a customised Harley-Davidson Sportster XL 1200X Forty-Eight in the same stripped back tones as Harley’s Dark Custom range of production bikes. The building process ran through the month of January this year. 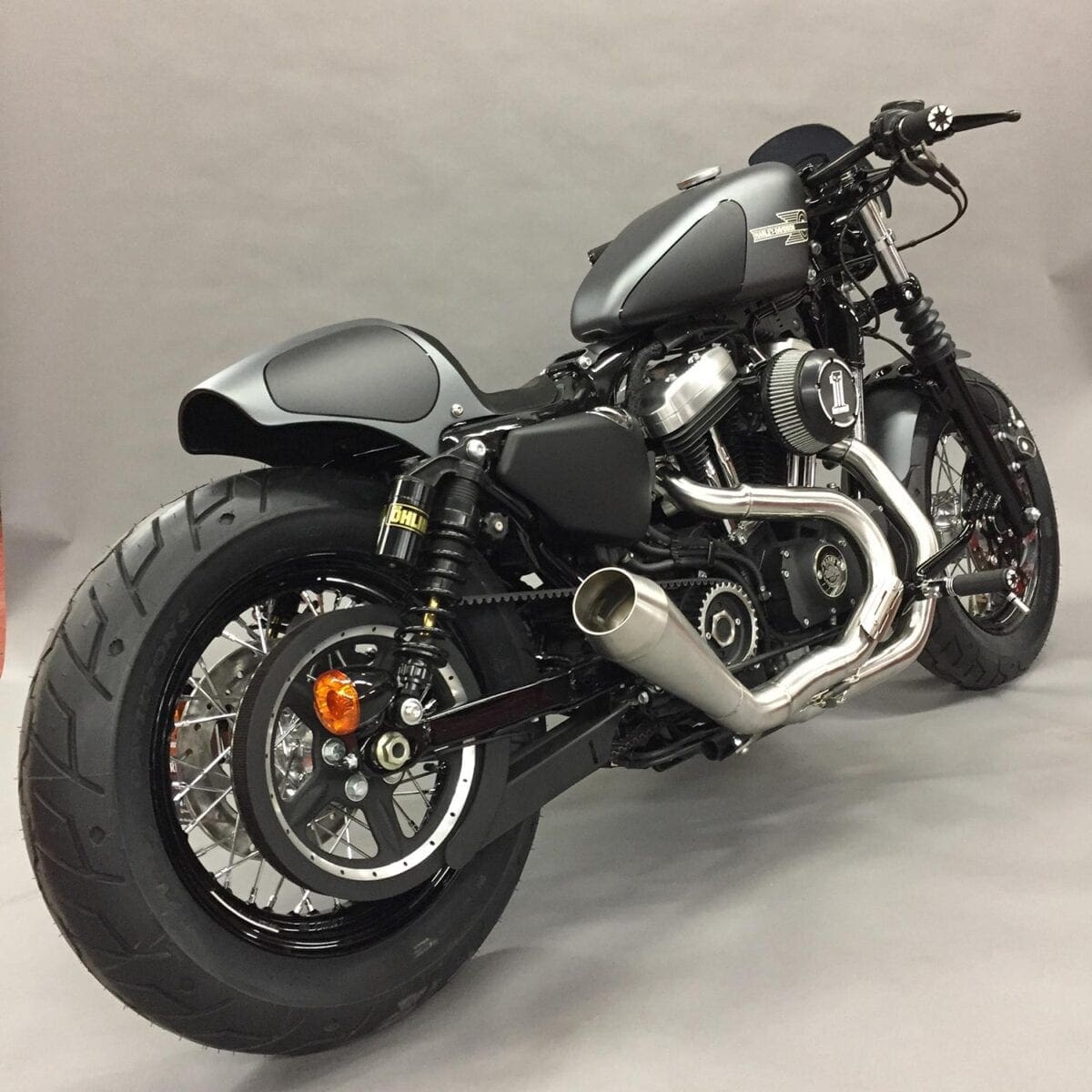 The 29 finished bikes then went to a public voting process (9 February – 1 March 2015) via the Harley-Davidson UK and Ireland Facebook page where 6500 votes were registered – these combined with the judge’s points awarded Warr’s H-D the top position. 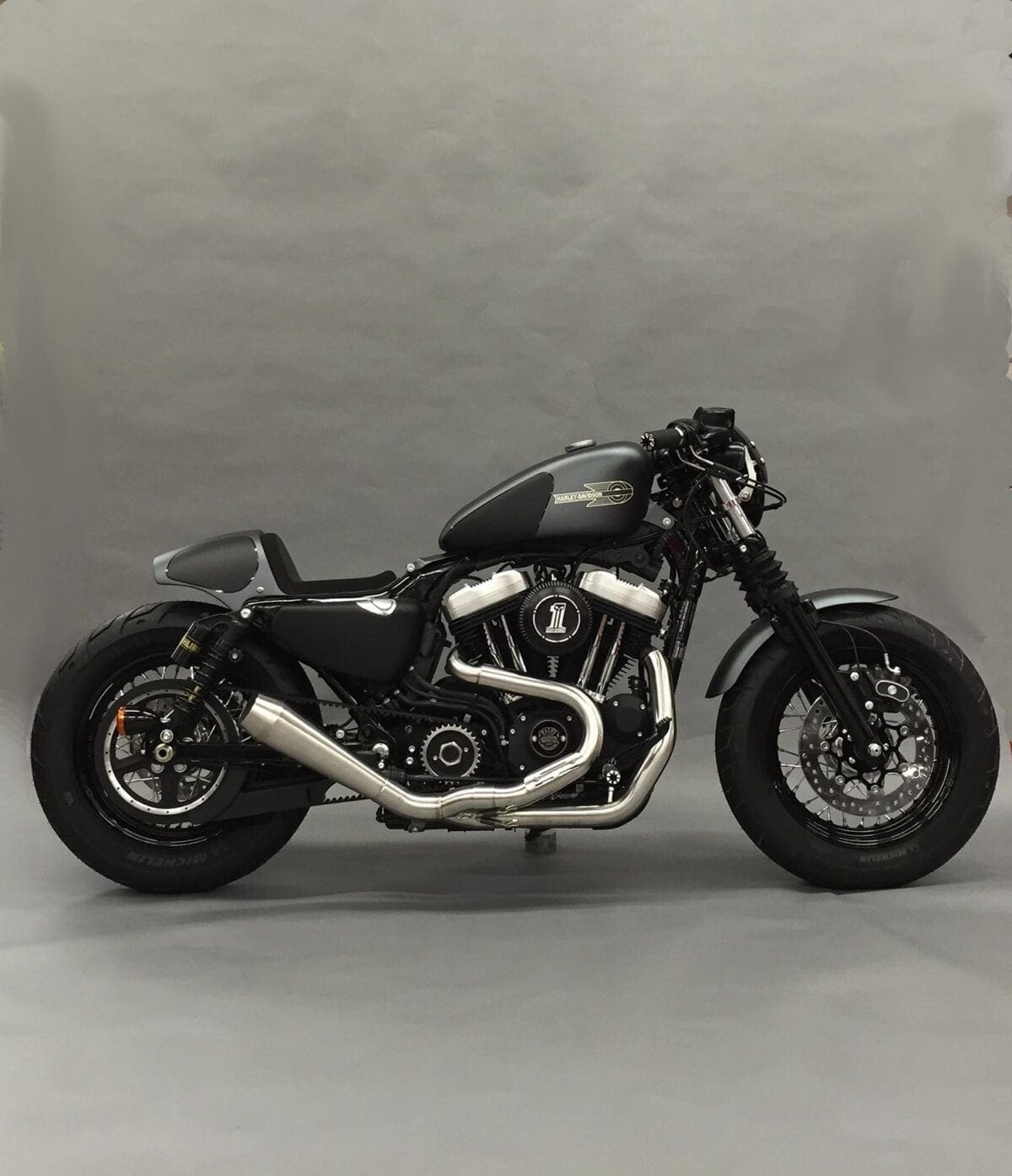 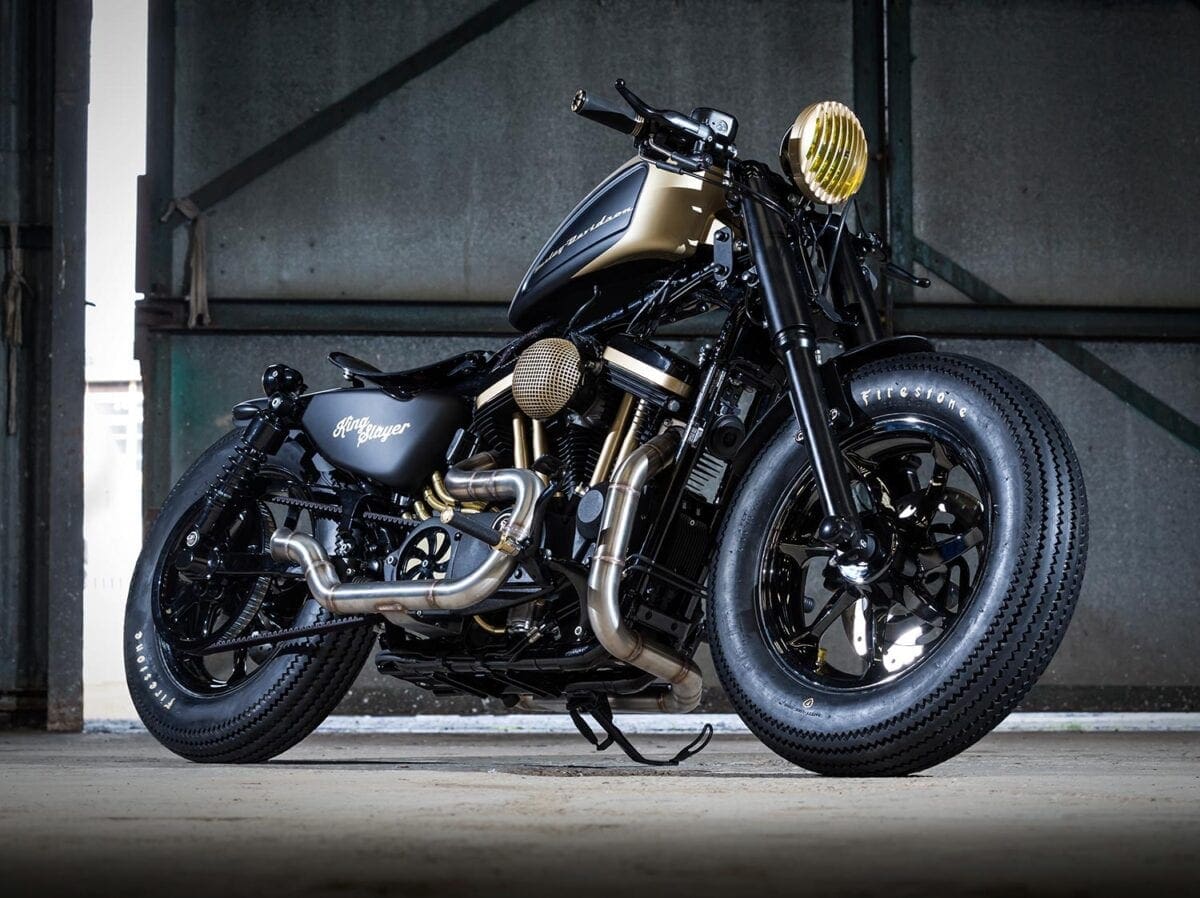 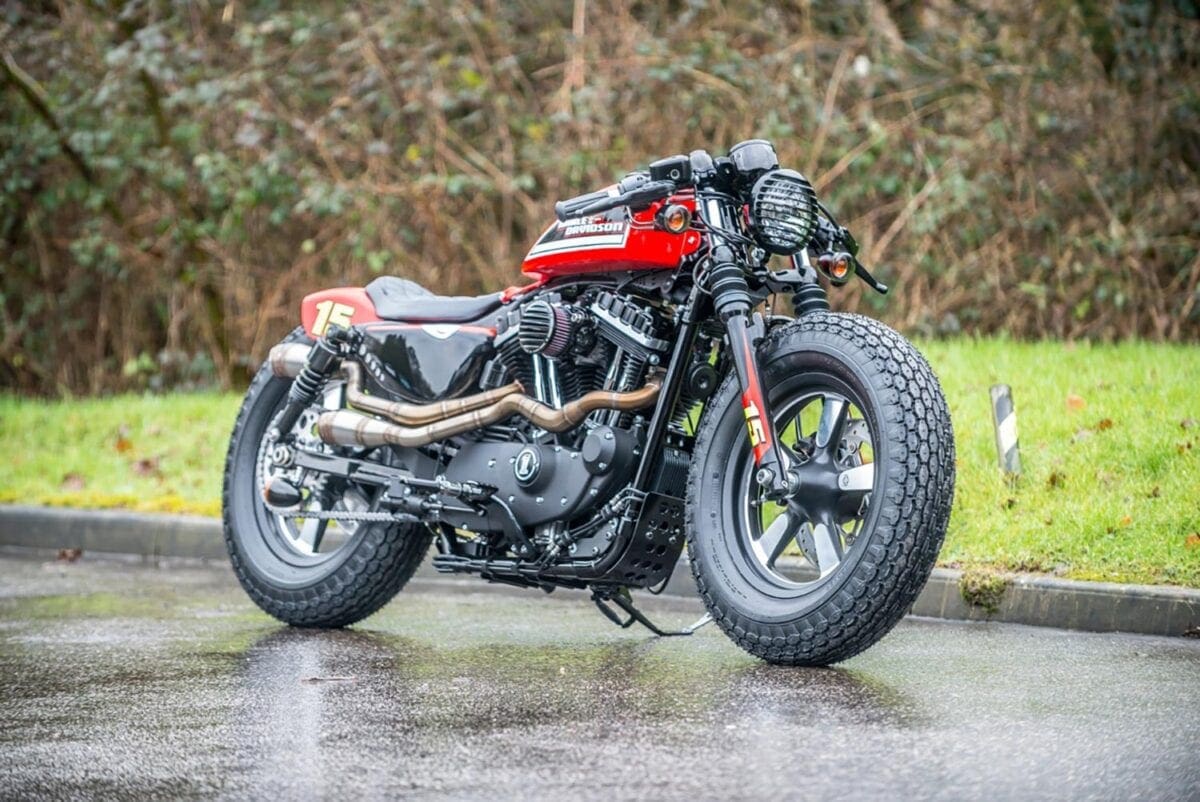 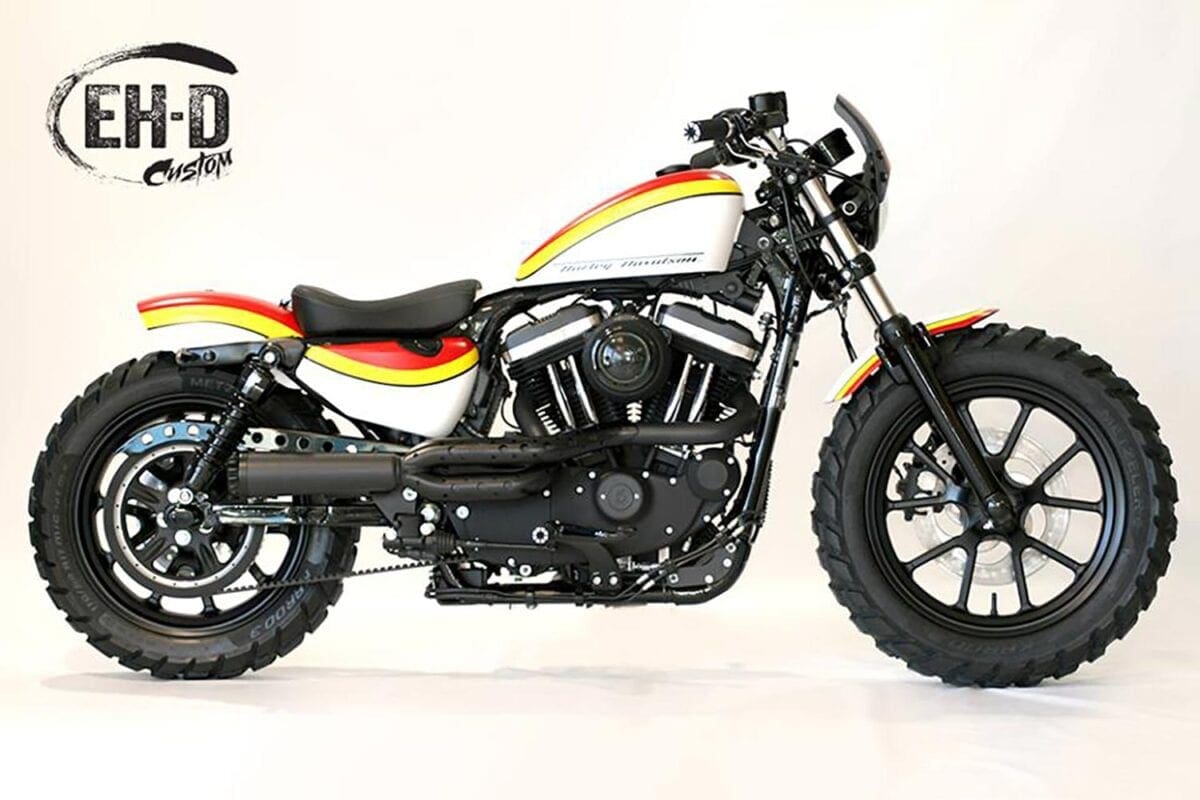 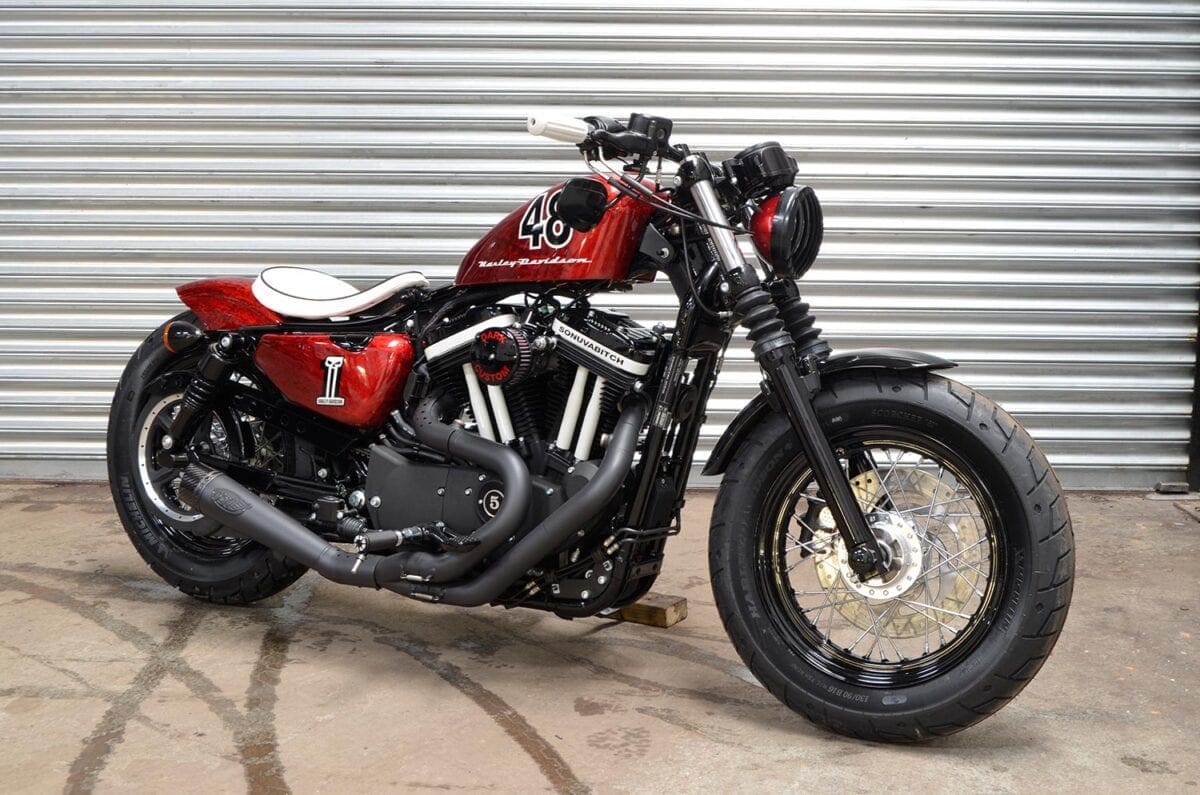 The Warr’s Urban Racer Sprint was built by Charlie Stockwell, Warr’s Head of Design and Custom, and features café racer and urban brawler styling. The title ‘Urban racer’ underlines the fact the bike was also designed for everyday riding and practicality. The inspiration behind the bike’s unique styling is homage to a 1000cc XLCH Fred Warr raced at the Ramsgate Sprint in September 1960 – a 100mph machine straight from the packing crate.

John Warr, Managing Director, Warr’s Harley-Davidson said: “What fantastic news! Warr’s Kings Road is officially the Harley-Davidson ‘King of Custom’. 29 dealers entered the competition with a lot of sweat and tears the result of making those bikes. When it comes to ‘custom’, these guys know their stuff. But at the end Warr’s – Europe’s oldest Harley-Davidson – won!”

Guest judge, Peter Baker, is no stranger to Harley-Davidson and is a massive fan of customisation. He presently owns and is in the process of customising, a 1990 FXRS Low Rider: “The difference between the top five and, say, the lower order, is all of the top placings are bikes that gel as one complete motorcycle. In other words the top five are complete concepts so you have a motorcycle that looks stunning and is also a complete functional bike. All the bikes are inspirational and it just goes to show how much effort and how seriously the dealers took this competition. The end result definitely shows owners of Harley-Davidson what is possible and achievable.”

David Hackshall, Country Manager H-D UK & Ireland, said: “Harley-Davidson motorcycles are the last word in authentic American custom, touring and performance cruisers. They are also regarded as the perfect canvas for personalisation by way of customisation – either by the owner or by calling on the experts that exist in every Harley-Davidson dealership. As can be seen from the bikes that represent ‘Battle of the Kings’, the Harley-Davidson dealer network is the place to go for custom built motorcycles.”