What do reckon to this patent drawing apparently showing Honda’s re-born Africa Twin motorcycle as a 1000cc serious off-roader! 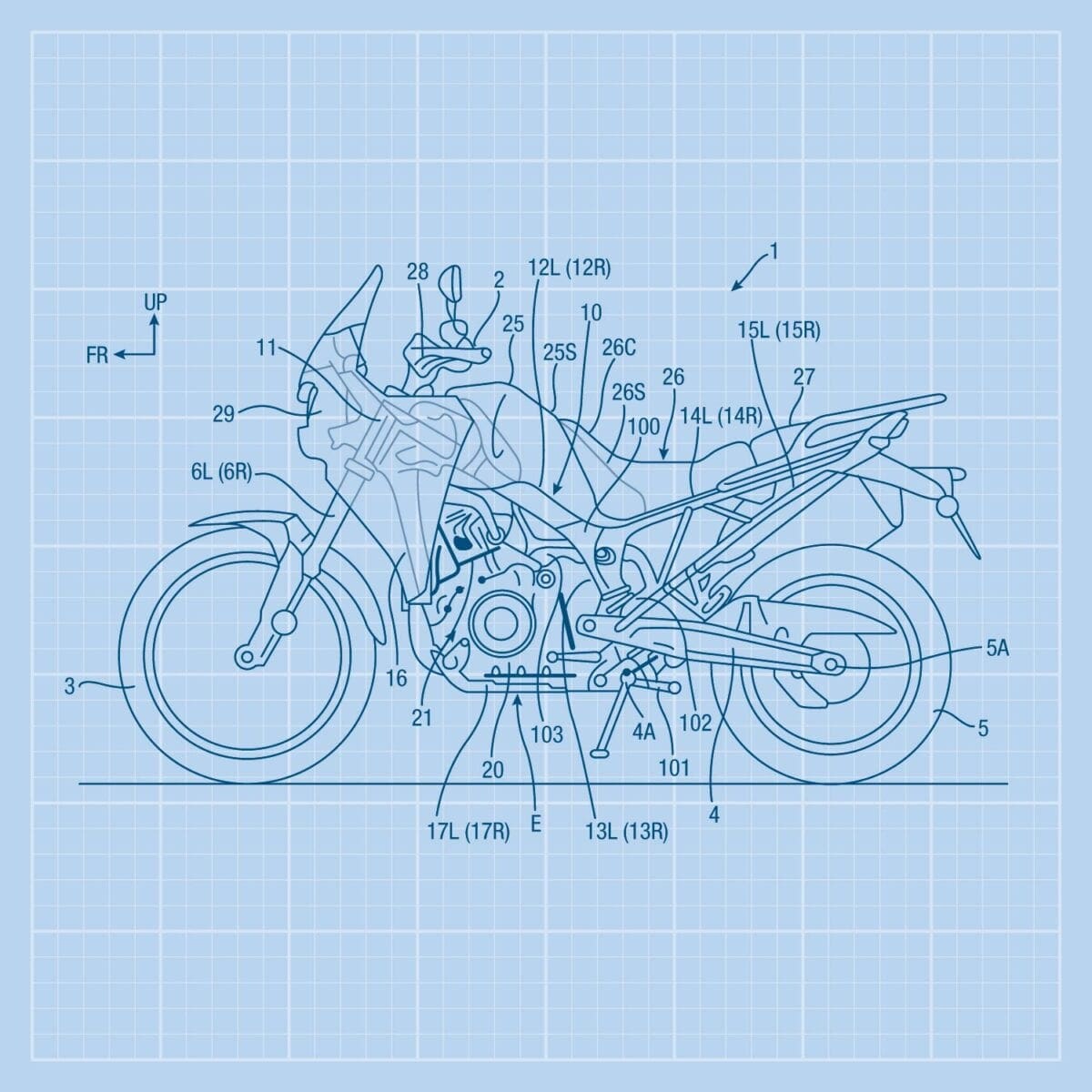 This drawing doing the rounds has been filed in the States and could well be showing us a motorcycle in the 2016 line-up for Honda – according to rumours.

It does seem very likely that this is going into production given how similar these drawings look to the ‘True Adventure’ concept that we saw at last year’s EICMA show. 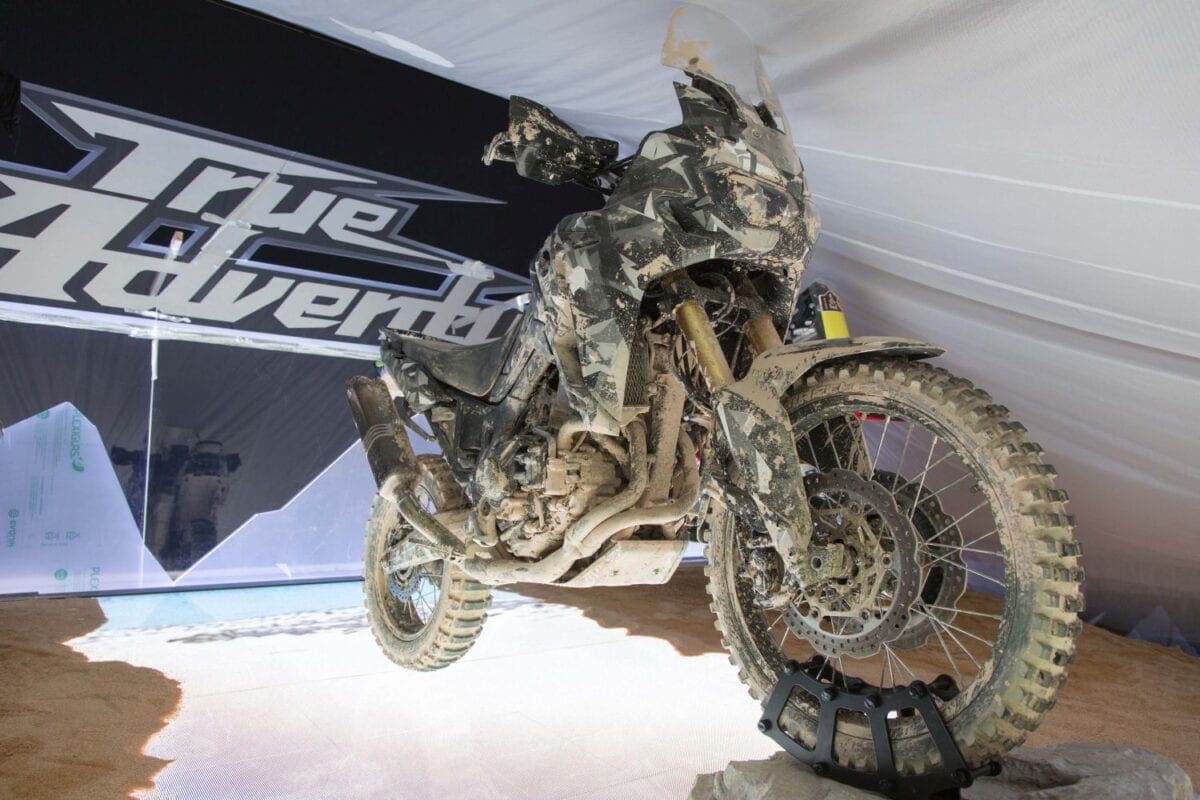 The patent application shows a split airbox design where the two parts of the airbox sit on opposite sides of the headstock, that allows the petrol tank to sit lower in the frame for more effective mass centralisation. Now that’s a horrible phrase in itself but what it means is that the bike should be nimble and handle well.

The bike’s twin radiators sit on either side of the engine just below the airboxes, so they’ll be less prone to damage from the front suspension and wheels when riding over extreme terrains.

One thing we have noticed is that patent shows that the whole of the bike’s fairing is one-piece. To be honest we’d be surprised if it stays like that due to the increased production costs of making a complex single-piece unit like this instead of the more traditional mult-segment, conventional fairing construction technique and also because of the ill-will that’ll soon rack up once a customer drops their bike and discovers how much they’ll have to pay to replace it.

Likely to be called the Africa Twin, the new bike could well quickly develop a large, loyal band of followers who fondly remember the original machine launched in 1989. Back then it was in 650cc format but it’s Dakar-esque styling quickly got it noticed.

What do you think? Is this the right way for Honda to go in the Adventure bikes class? Is making a big bike that’s a more serious off-roader, rather than doing another road-based Adventure bike, the future?