65mph+ on this = world record attempt!

Infinity Motorcycles are backing an attempt to break the current Guinness World Record for the ‘Fastest Monowheel Motorcycle’ – a one-wheeled vehicle designed so the rider sits either within or next to the wheel.

Lincolnshire-based stunt rider Tom ‘the atom’ Anable will attempt to beat the current record of 65mph – set by Kevin Scott of the UK Monowheel Team – at The Straightliners Yorkshire Mile event, taking place at Elvington Airfield on 16th/17th May. 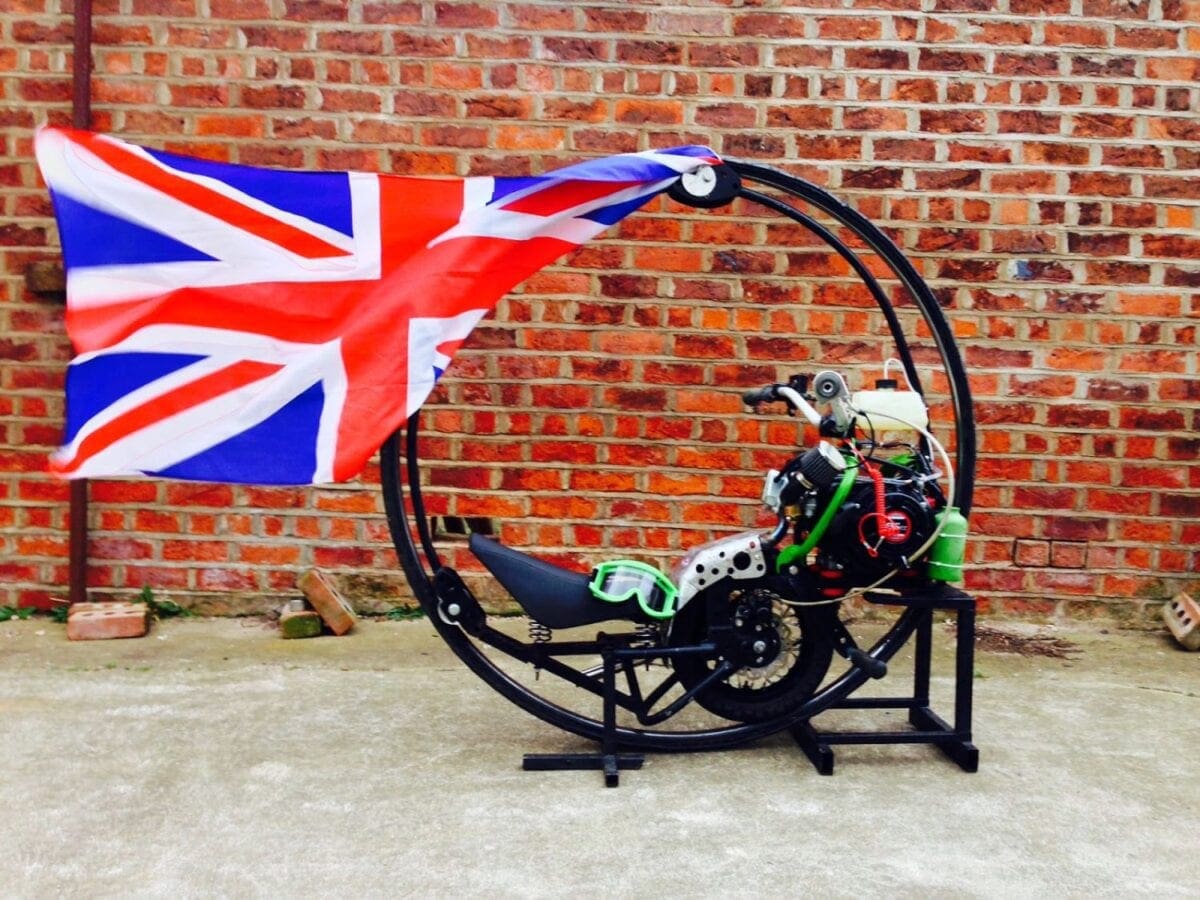 Tom, who held a previous record of 60.1mph for just one day, will be competing on his new monowheel – currently under construction – called ‘An Atomic Infinity’. He must ride it over a flying 1/4 mile in two directions, within one hour, to give an average speed greater than the existing record.

The 30 year-old from Winterton builds and rides his own monowheels and pedal monocycles, and, alongside his record attempts, plans to promote monowheel racing as a widely accepted form of motorsport.

Infinity Motorcycles’ director Rob Puttick says; “We’re really excited about getting involved in a British attempt to set a new Guinness World record, although I prefer to have two wheels on the road when I’m riding!”