Traffic congestion worse than ever according to new report 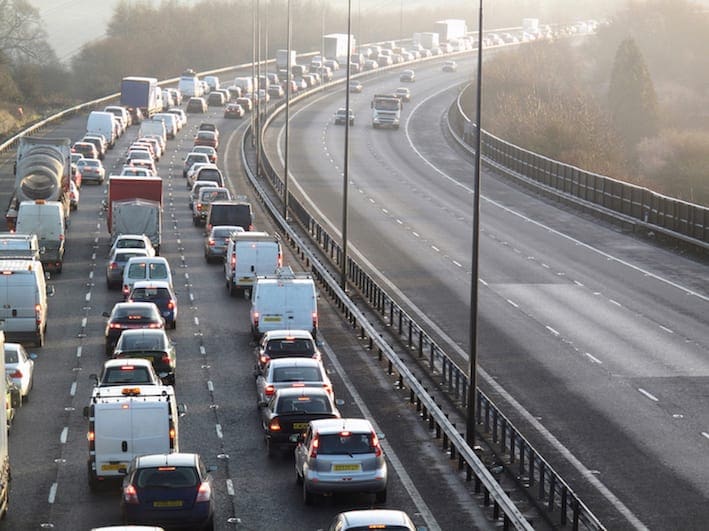 Traffic congestion in cities across the UK has worsened considerably over the past year, according to a major new report out today.

The fifth annual Traffic Index from TomTom shows average journeys in 2014 took 29%* longer than they would in free-flowing traffic – up from a 27% delay in 2013.

Traffic jams in 14 out of Britain’s 17 biggest cities have got worse over the past 12 months.  The only city where congestion has improved is Bristol – for the second year running.

The analysis of 12 trillion pieces of traffic data worldwide revealed that the evening rush hour is the most congested time of day.

In 2014, a typical UK city commuter with a 30 minute drive home spent an extra 66 hours stuck in traffic than they would have done on a free-flowing road.

Added to the 63 hours stuck in morning traffic, that’s 129 hours wasted in a year.

Nearly every city can expect to double its congestion level during the evening peak, compared with the rest of the day.

Congestion levels have got worse over the past year in London, Brighton, Nottingham, Leicester, Birmingham, Portsmouth, Cardiff, Belfast, Edinburgh, Manchester, Liverpool, Newcastle, Glasgow and Southampton. They have also failed to improve in Sheffield and Leeds-Bradford.

The TomTom Traffic Index shows that Belfast is the most congested city in the UK, with journey times 39% slower than free-flow traffic throughout the day – peaking at 82% longer in both the morning and evening rush hours.

Second is London with journey times 37% slower, rising to 67% in the evening peak.  The Scottish capital Edinburgh is the third most congested city, with travel taking 36% longer on average and 71% longer in the evening rush hour.

Brighton and Hove (34% congestion in 2014 compared to 31% in 2013) moves up from fifth place last year to fourth, whilst Manchester also moves up a place to fifth with congestion increasing from 26% to 32%.

Dropping two places to sixth is Bristol, with congestion down from 32% to 29%.

The Traffic Index showed that Istanbul is now the most congested city globally with congestion at 58%, rising to road rage levels of 109% in the evening peak.

“We can also give drivers the real-time traffic information and smart routing they need to avoid clogged roads and get there faster.  Our mission is to help reduce traffic congestion for everyone.”

The report’s findings come in the light of an ambitious £15 billion transport plan to triple levels of spending by 2020, increasing capacity and condition of the UK’s roads – announced by Transport Secretary Patrick McLoughlin in December 2014.

The Index takes into account local roads, main roads and motorways, across 218 cities in six continents.  The latest report is based on data for January – December 2014.