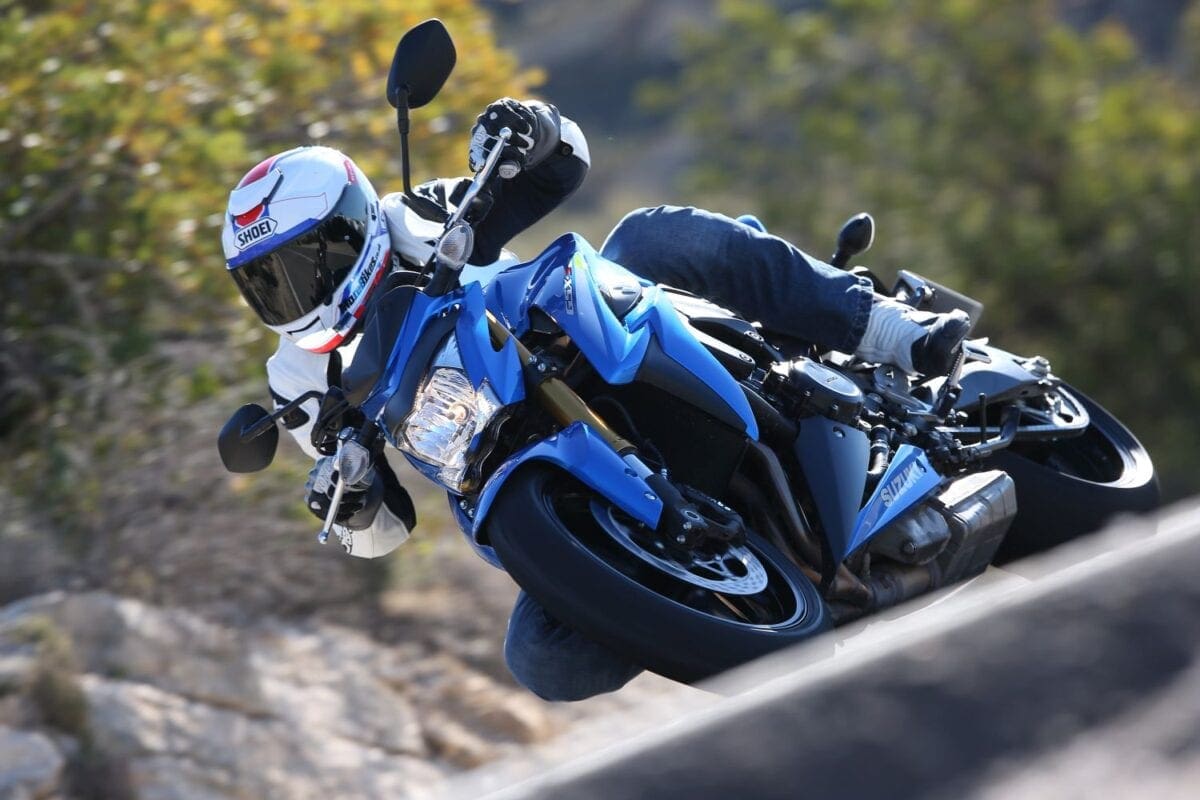 Ridden by: Bruce Wilson//Photos by: Suzuki 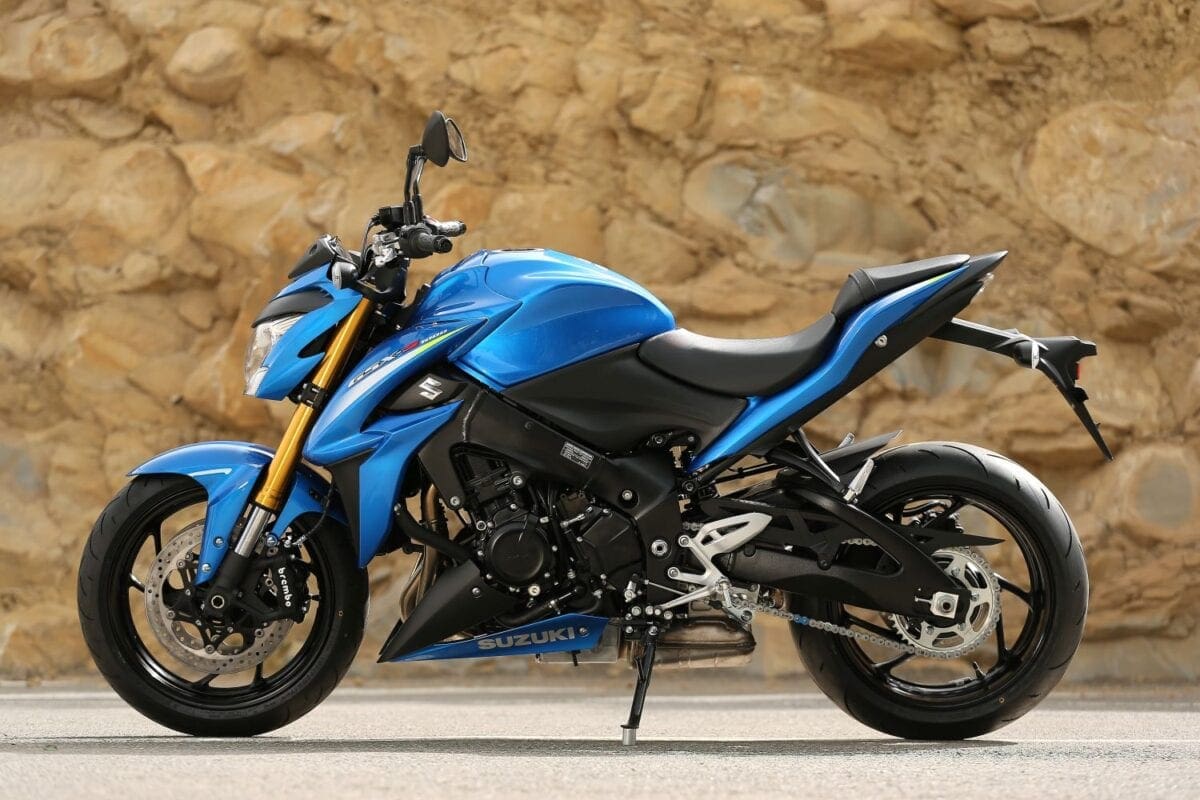 That’s because the most talked about element of the machine is its donor K5 GSX-R1000 engine. The same engine which powered riders to five world championships, 16 national superbike championships and four Isle of Man TT wins. But more importantly than all of that, it’s THE engine and chassis combination that is still widely regarded as the best ever combination for road riding that has appeared in the GSX-R family tree. 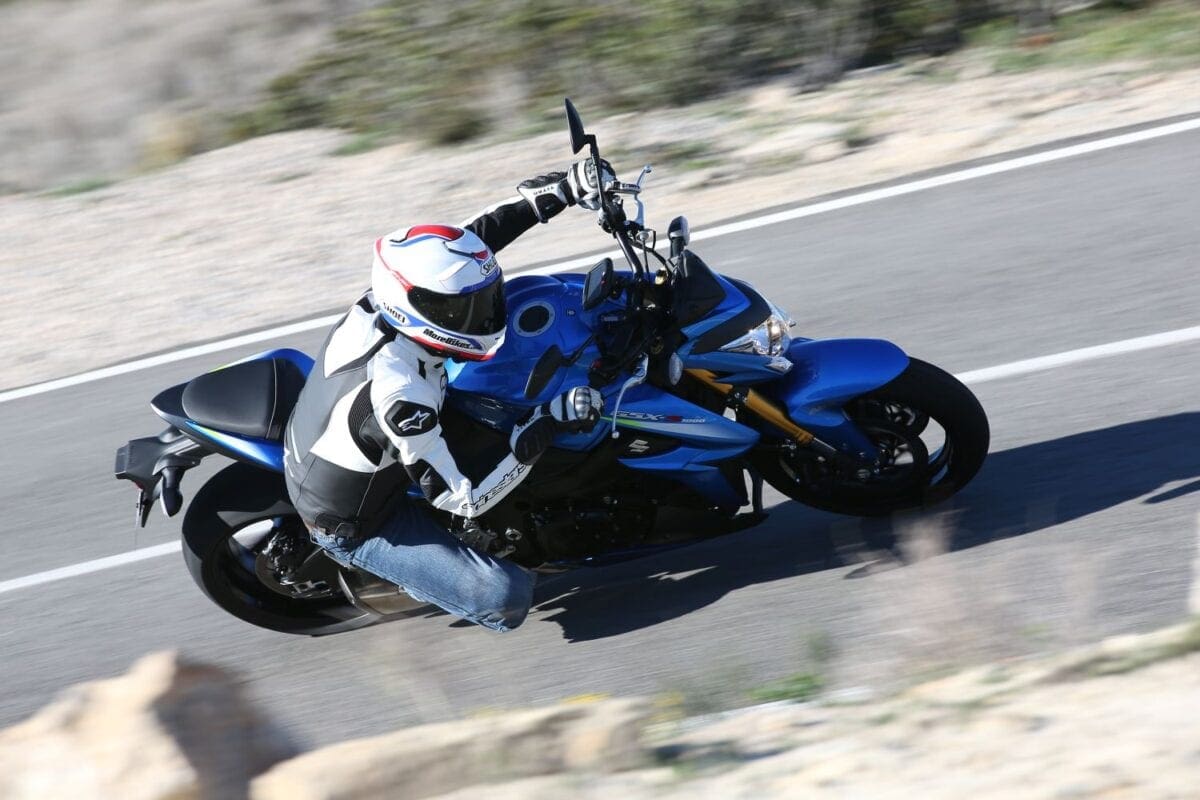 Suzuki’s Experiment Motor Engineer Keisuke Namekawa said that he was drawn to using the engine owing to its ‘fantastically characterful and torquey nature’. It’s not the exact same package as it was back in 2005, having been substantially modified with new, lighter pistons, completely different camshafts and the latest kind of throttle bodies. These changes club together to actually pull-in the peak power in favour of some much more usable low-to-mid-range drivability. Whilst the option was there to use the latest GSX-R’s engine, apparently it lacked the attitude needed and its gear ratios weren’t as appealing either. So now you know where this bike is aimed at. 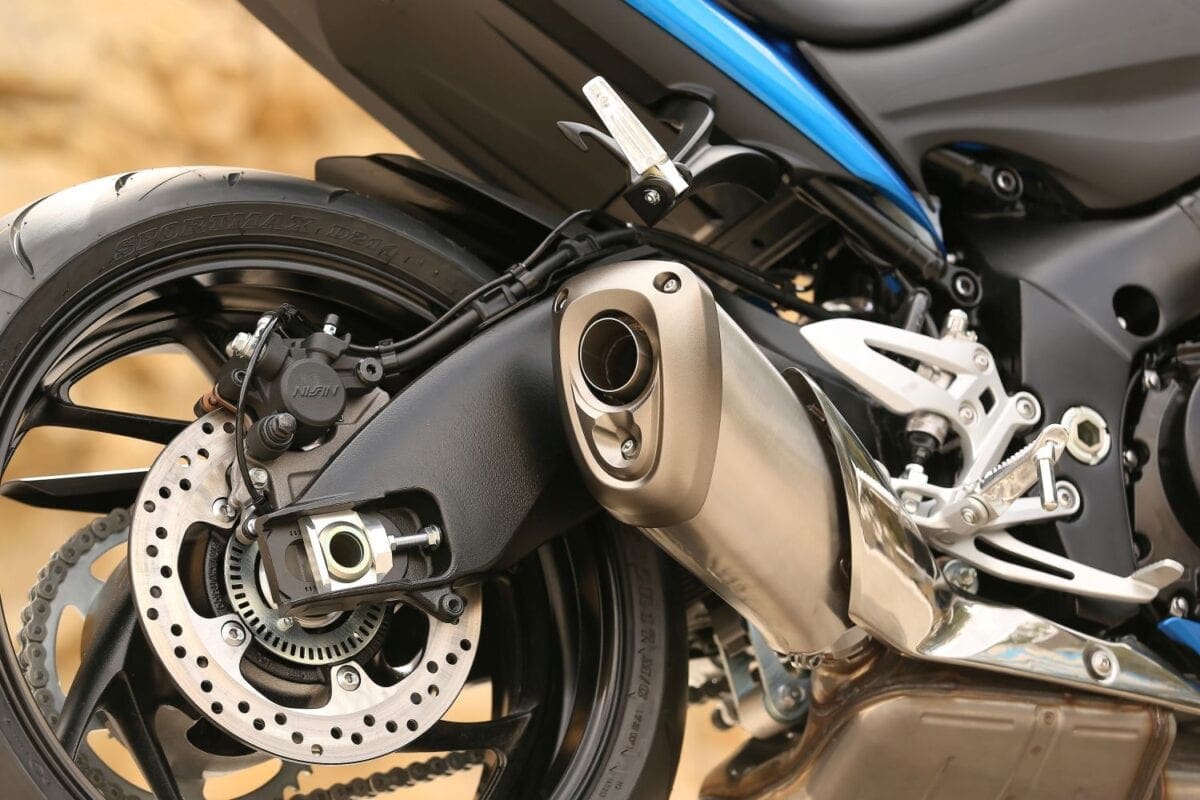 Aside from the swingarm, which is borrowed from the latest GSX-R1000, the rest of the bike is all-new. It’s no parts bin special, blending a whole host of eye-catching components seamlessly. 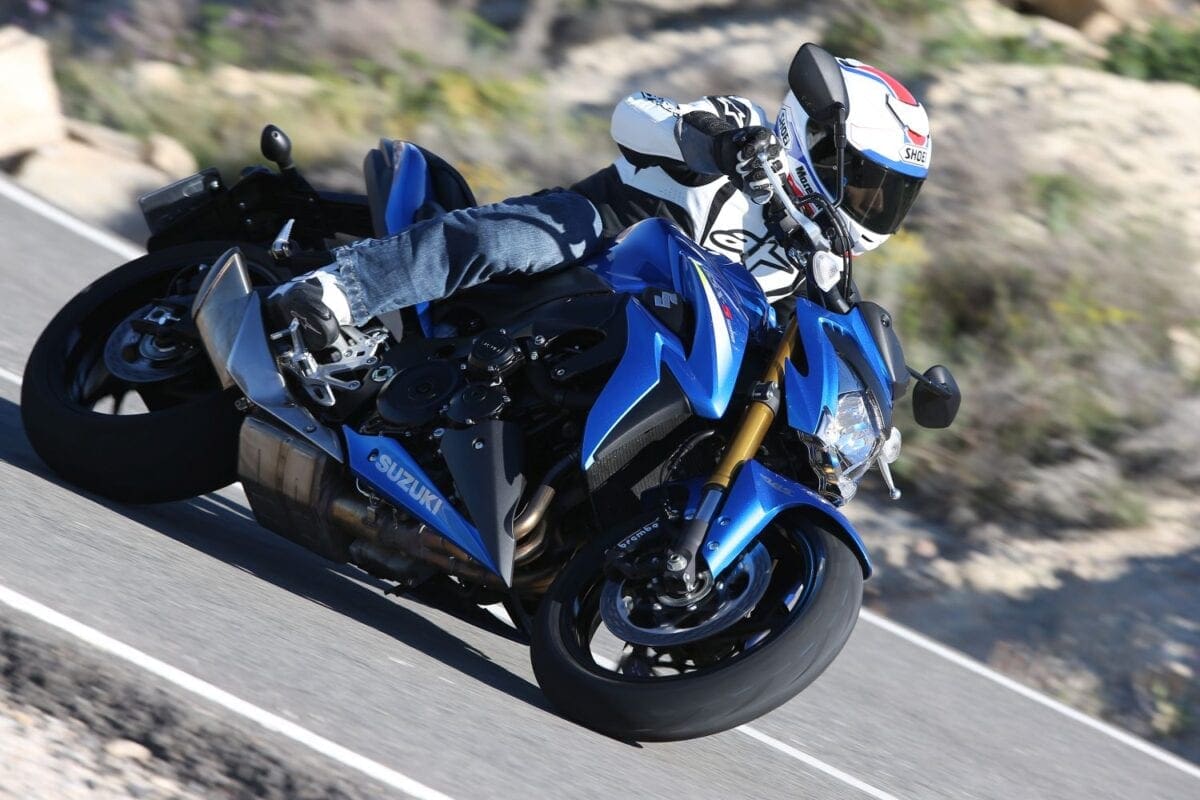 The Suzuki’s fitted with adjustable Kayaba suspension front and rear and there are specifically designed six-spoke wheels, too.

The GSX-S’s designer Shinji Tamura said he wanted to craft a muscular, beast-like image for the new naked, which has very few sharp lines to be found. Each panel blends onto the next component effortlessly, with a very minimalist feel to the model. 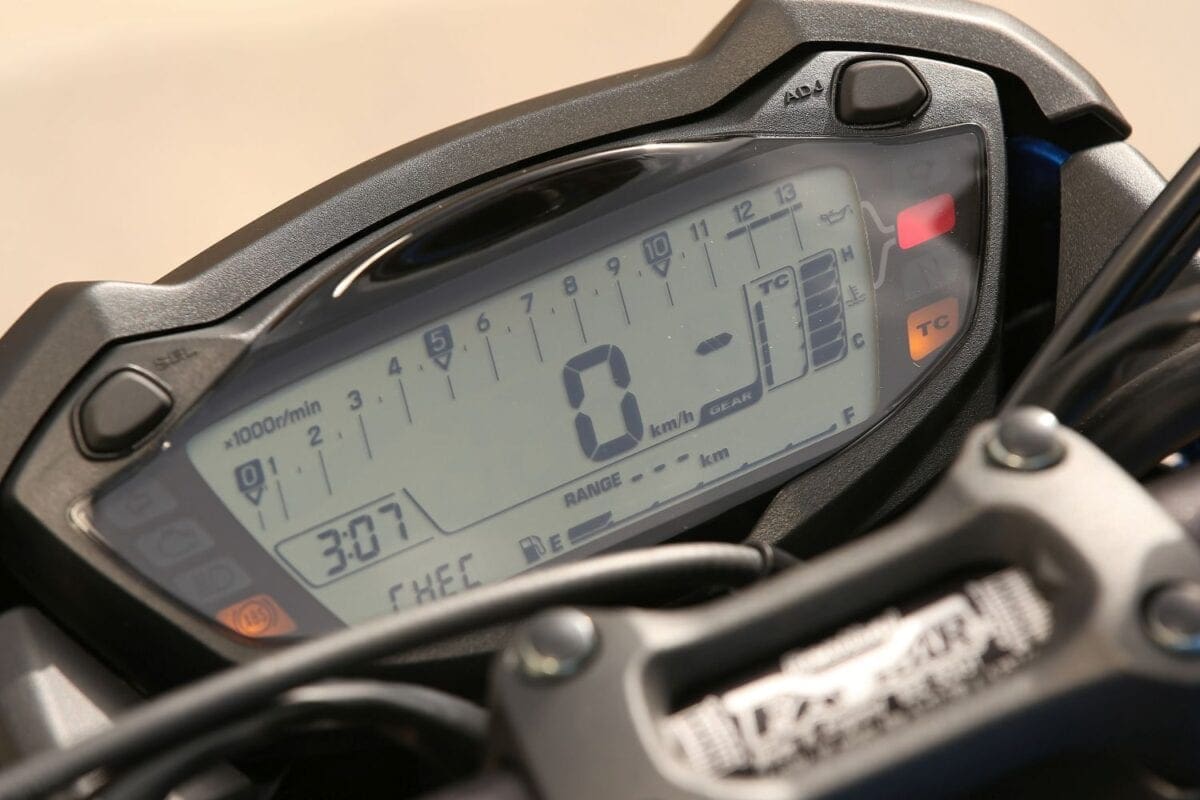 Up front are some clear-to-read digital clocks, which spark into life at the turn of the ignition key, giving off all the typical info you’d expect including a gear indicator. The dash also hosts a three-tier traction control monitor. The levels of traction are adjusted using a switch on the left bar, from which you can toggle the modes between Sport, City, Wet or off. On the right bar is the all-important starter button. Suzuki was really keen to push the premier of its Easy Start System, which requires just a simple touch to get the motor firing into life – in a similar way to how most modern car starters work. The GSX’s stubby, underslung exhaust sounds a treat. Deep and harsh, things only get better when you select a gear and head off down the road. Accompanying the bark from the rear is an enticing air induction whine, which synchronises with the engine’s growl. 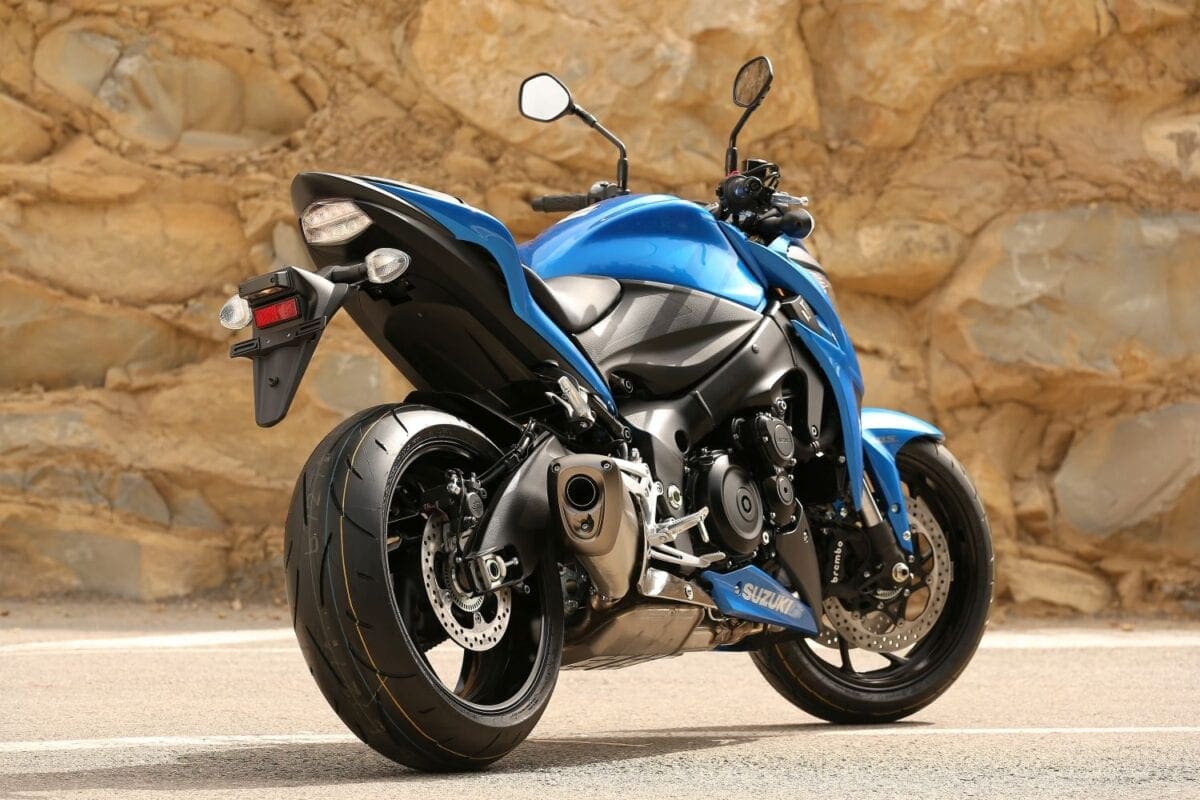 The first few miles on our 120-mile route were urban. The GSX wasted no time in showing off its agility, easily negotiating its way through tight turns with a very neutral and lightweight feel. And things only got better as the pace increased, eventually reaching a stint of motorway. Unfortunately, the same can’t be said about the bike’s fuelling. The Suzuki feels super lean. Every time you get on or off the throttle the bike lunges awkwardly. We’re not talking MT-09 standards, but it wasn’t the smooth delivery I was expecting. 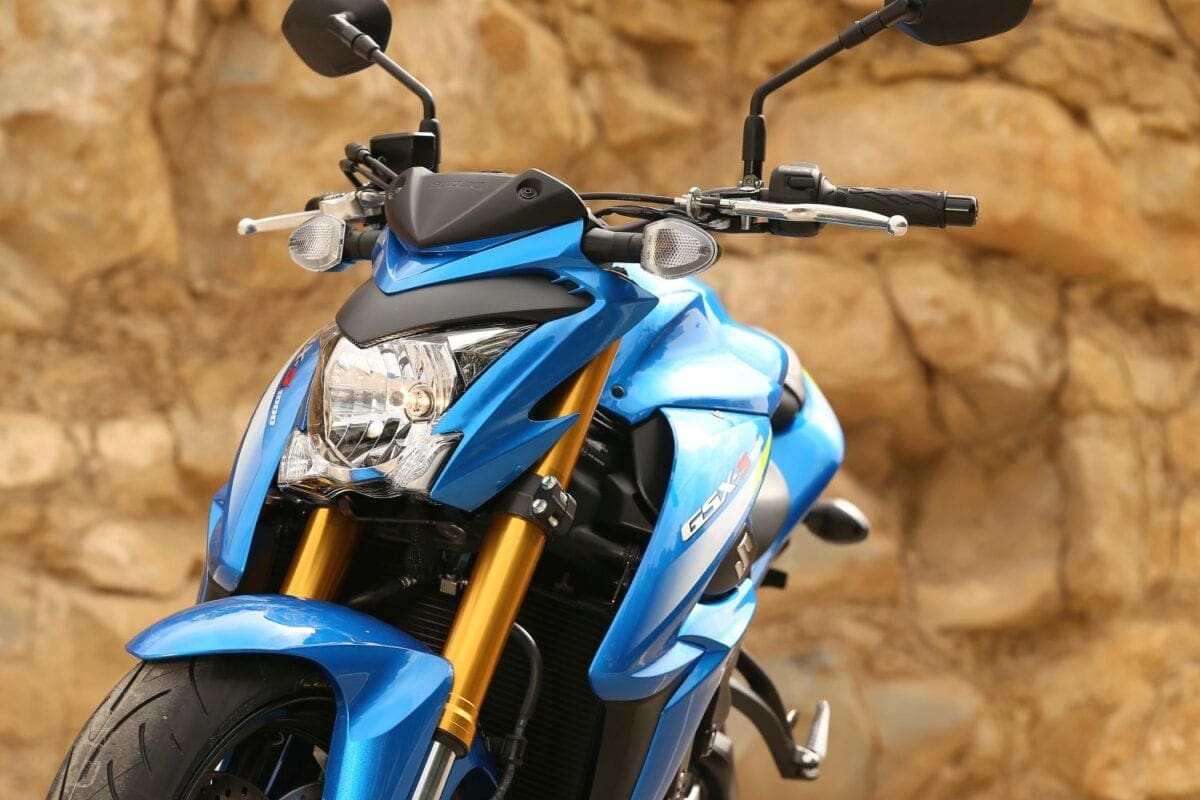 Speaking at the end of the test to one of Suzuki’s development riders, they confirmed the fuelling had been an issue throughout the whole development process. But owing to tight legislation, which demands the bike’s fuel supply to be restrained, there was no way around the problem. With every mile passed, I did feel myself adjusting to the throttle, calibrating my hand to smoother, less aggressive actions. The engine itself is pretty impressive. It does deliver the strong and characterful delivery that Suzuki said it would. Once you’re over that initial throttle pick-up, the revs rise through the range effortlessly and I was particularly impressed with the bike’s ability to roll on from a low rpm in top gear.

With glorious sunshine and dry, grippy roads, the traction control system was mostly unemployed. To get a feel, I’d toggled between the modes, but the only interaction I witnessed came as I gassed the bike up over a slippery white line. With the system set on Sport – the least intrusive of the three modes – a small slide happened before the bike’s ECU stepped in and dulled down the moment. It wasn’t overly meddling, simply reducing the output for the best part of a second before the litre motor was free to go banzai again. The ABS had a very similar persuasion. It never compromised the ride, but I was glad of its presence when I started braking over some gravel and it allowed me to stay on two wheels. This bike is otherwise low-tech. There aren’t dozens of modes to switch between, or a multitude of electronic suspension adjustments to be made. It’s real world.

The more I rode the bike, the more I liked it. It showed itself to have a playful character, especially on the undulating, cracked roads in the mountains above Alicante. At high speeds, the bike felt a little wallowy and it was also easy to unsettle on bumpy bends. But it never once felt dangerous. Gassing hard out of corners got the front wheel lofting slightly and the bike wasn’t opposed to the odd playful headshake, but the Suzuki’s road holding was otherwise fantastic. When the pace lessened, it felt as planted as anything, and held a line nicely through the corners. The route we rode was relentlessly twisty and this really highlighted the wonders of the package. It tackled all that came its way and planted a smile on my face in the process. Best of all, on completion of the route, I wasn’t aching in the slightest. The riding position is a comfortable one, with plenty of leg room and a sensible reach to the tapered Renthal Fatbars. They proved fantastic for levering the big bike around and offered a nice, relaxed stance for my arms. 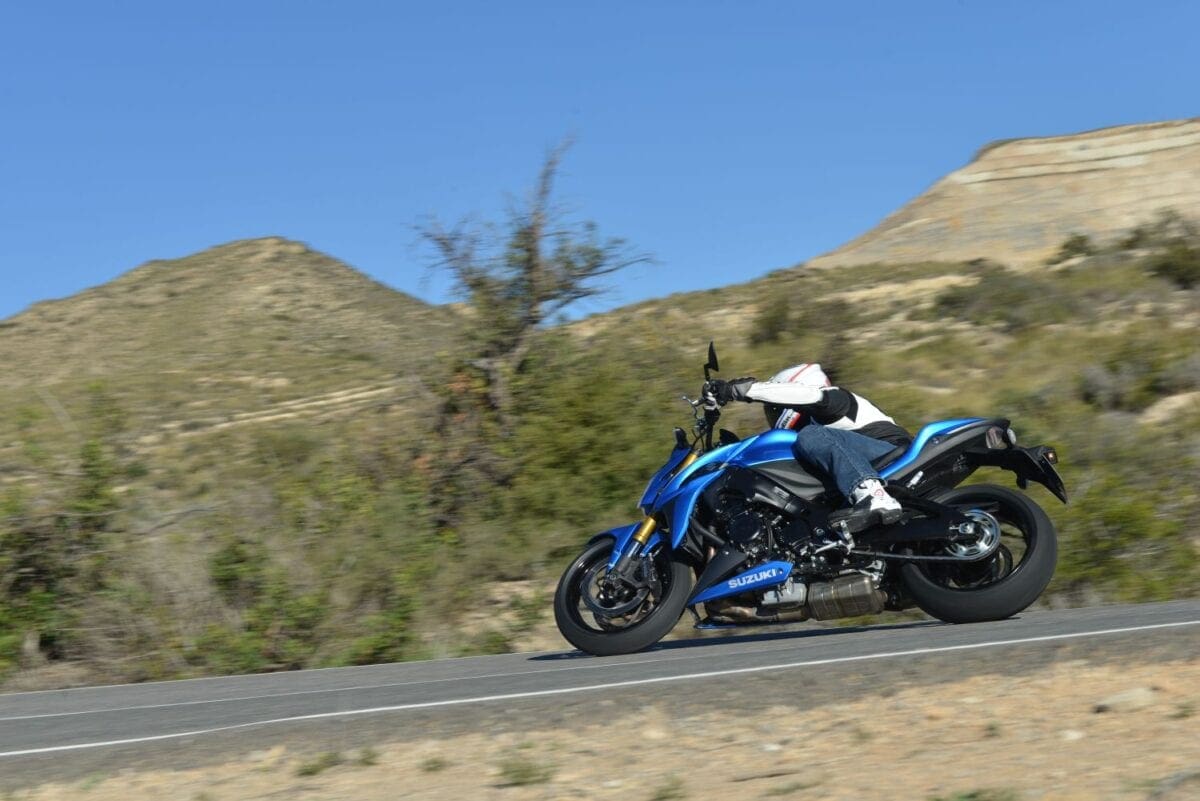 The wind protection is obviously minimal, but the bike’s aerodynamics felt no worse than any other naked’s. One thing I did pick up on was a lot of vibration, especially through the pegs. Getting off at a coffee stop, my feet were actually buzzing as a result. Thankfully, the same resonance didn’t affect the bars as much, or the seat for that matter. The rider’s perch is low, large and loving. It’s kind on you and the pillion seat looks half decent too, although we didn’t get a chance to try it out for size. You can tell it was constructed with function in mind, which is the story of this bike. It’s been well-built and well-priced, too.

Starting from £8999 (£9499 with ABS), there’s a lot to be said for the model’s value for money. It’s priced very competitively and delivers a good quality of ride, with fantastic looks to complement. Suzuki’s done pretty good with the GSX-S, and I’d like to think it’s going to be one of the better sellers in its segment, despite its late arrival to the market – reaching dealerships in June. A test ride’s essential, but be prepared to part with some cash, because I’ve a feeling you’re going to like this bike a lot. 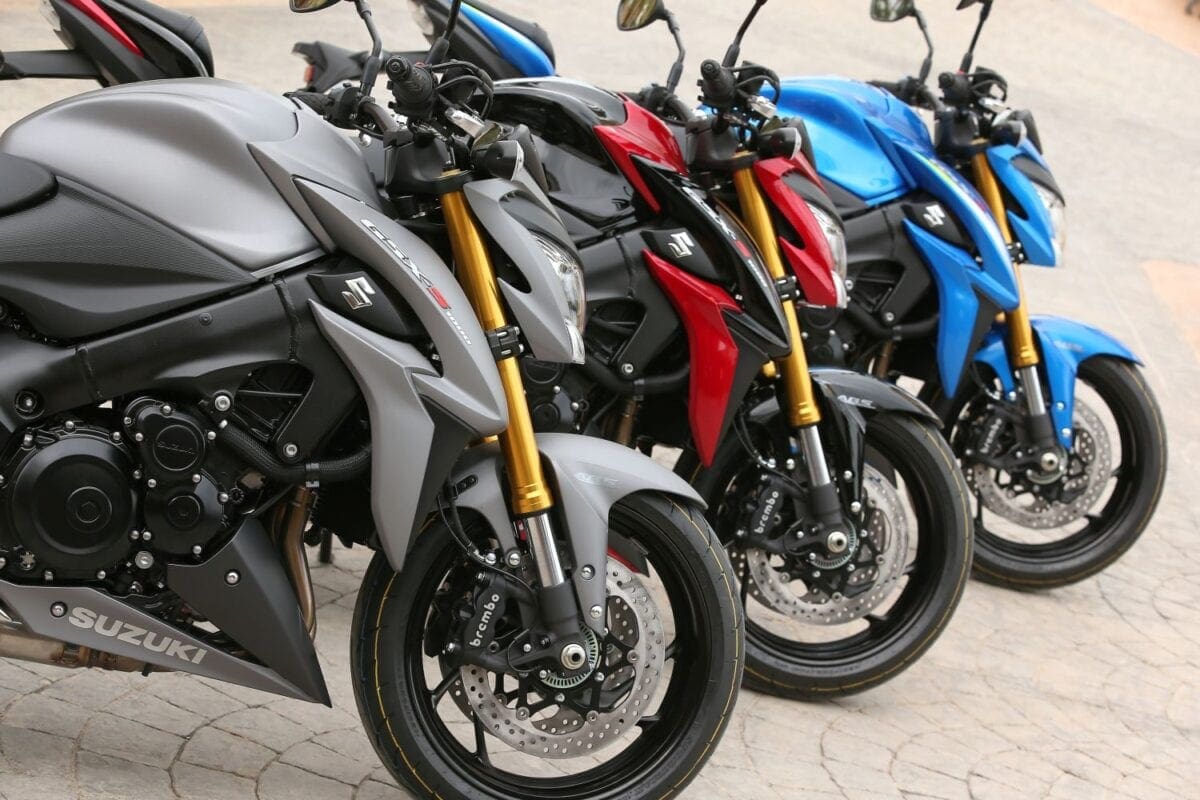