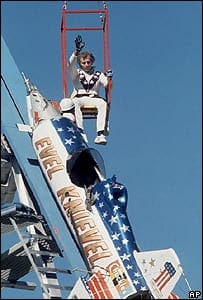 The original plans for Evel Knievel’s Sky Cycle have gone on sale through the online sales site ebay. 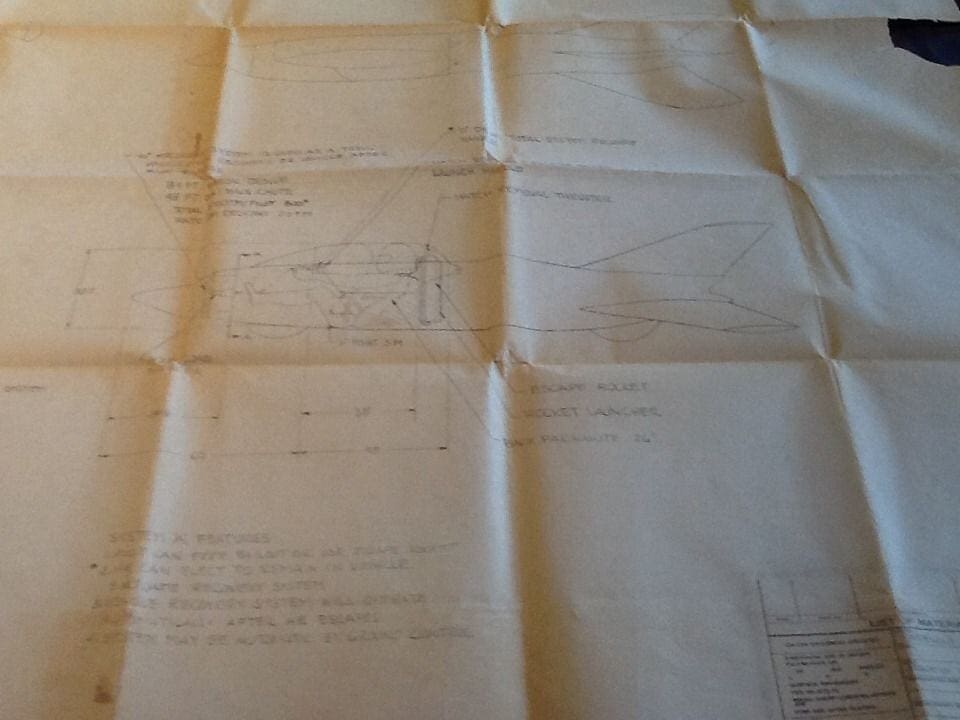 Designed by former NASA engineer Bob Truax, the Sky Cycle was the rocket-like machine that Knievel famously attempted to jump across Snale River canyon in Idaho.

Whilst it looks like a conventional rocket, the Sky Cycle was actually powered by compressed steam. 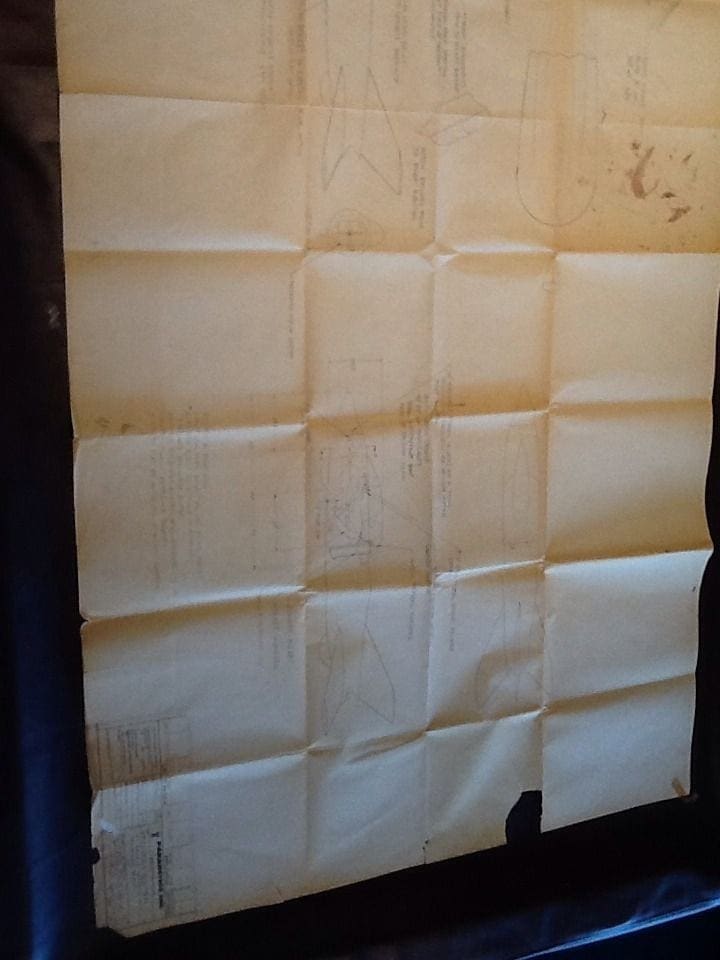 The plans for sale are for the first generation X-1 Sky Cycle, a later design, called the X-2 was never flown but was built for a planned jump in Japan that never actually happened.

The buyer of the plans says that they have the X-2 plans too!

If you want them then you’d better have deep pockets, the starting bid is around £4,500 and likely to achieve much more than that. 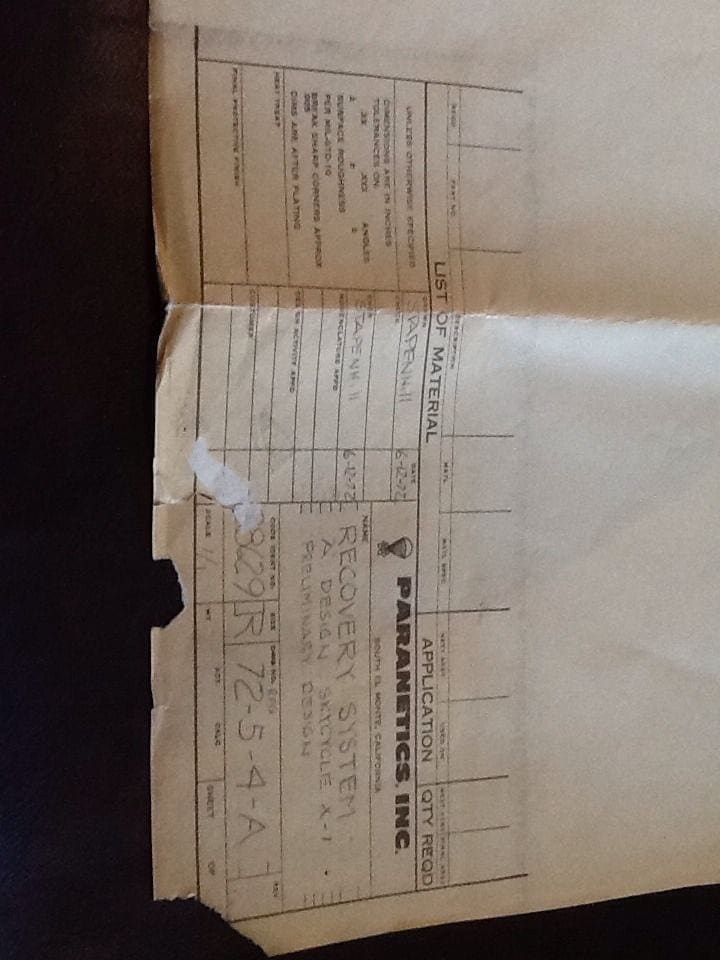