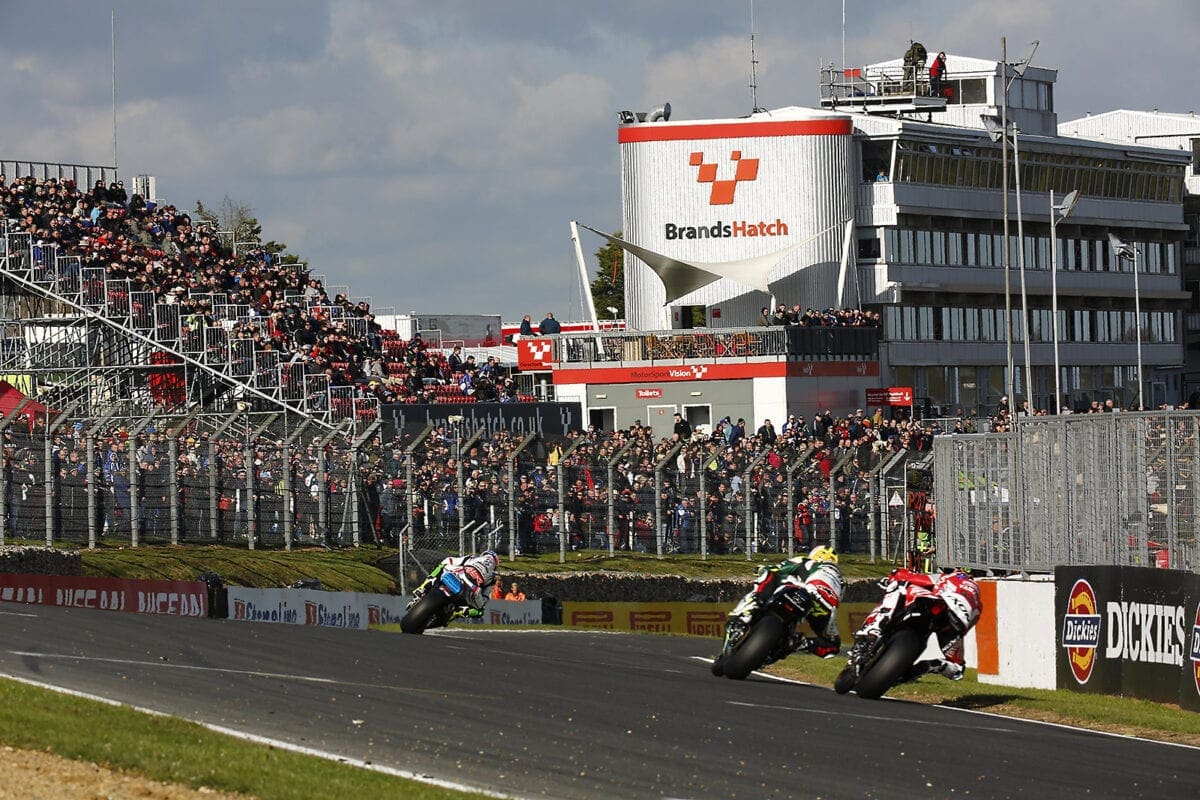 James Ellison vowed to battle for two race wins ahead of the second round of the MCE Insurance British Superbike Championship at Brands Hatch today (Sunday) and the JG Speedfit Kawasaki rider kept his promise to deliver his first double victory in the series.

The Cumbrian rider started from pole position in both races and defied the immense pressure of his rivals in each of the races as the pack closed in during the final stages of both races following Nissan GT-R Safety Car interventions. 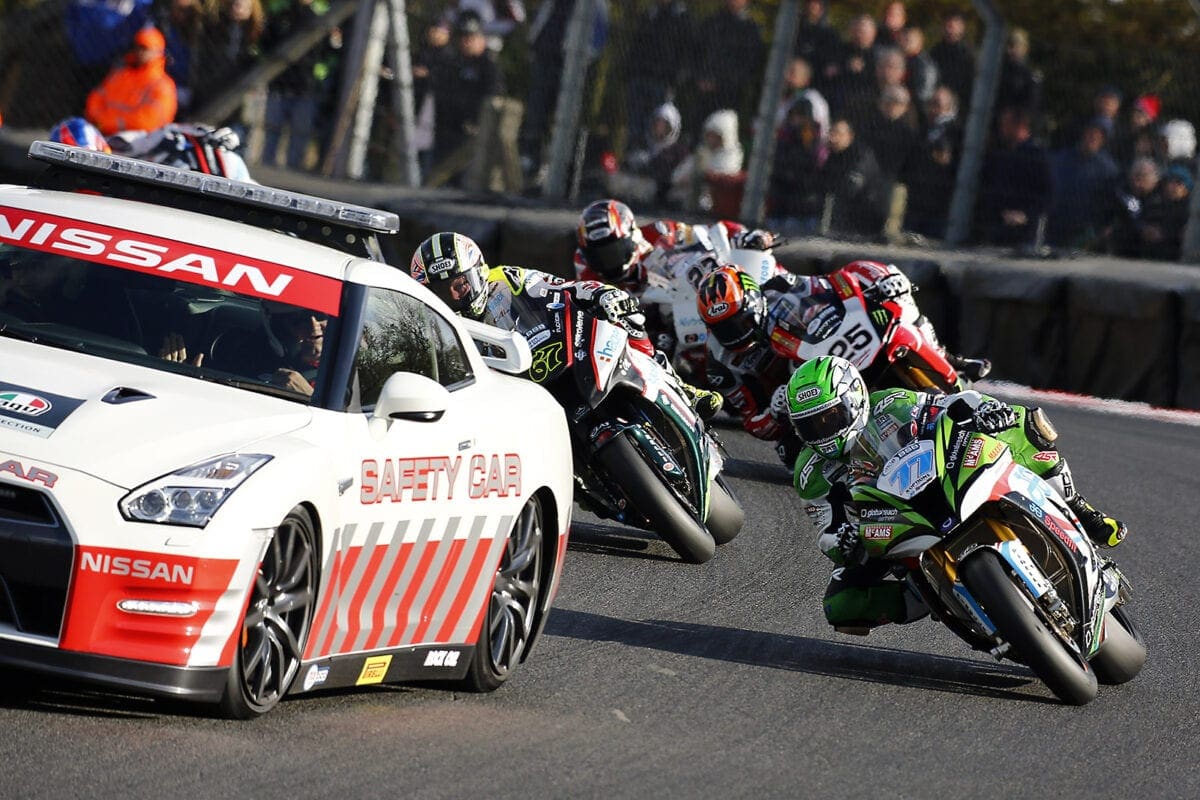 Ellison was setting an incredible pace to break the lap record in the first race to claim the victory by 1.368s from the four time champion Shane ‘Shakey’ Byrne, which he repeated in race two to fend off the PBM Kawasaki rider by 0.356s.

After the races, Ellison said: “This weekend has been the best I’ve ever done and now I hope we can keep it going like this across the year because in other seasons we have started strongly but have not been able to hold it together. It is a good feeling to walk away from Brands Hatch with two wins, as particularly in the second race, Shakey was closing in a bit and he made me work hard.”
Byrne fought back from his second row start in the opening race as he bid to close down the Buildbase BMW of Ryuichi Kiyonari. The Kent-based champion could only make a move stick on the final lap to move second, whilst Kiyonari was denied third place on the drag to the line by Josh Brookes on the Milwaukee Yamaha.

Honda’s Jason O’Halloran enjoyed his best result to so far in the series, fifth ahead of Stuart Easton. 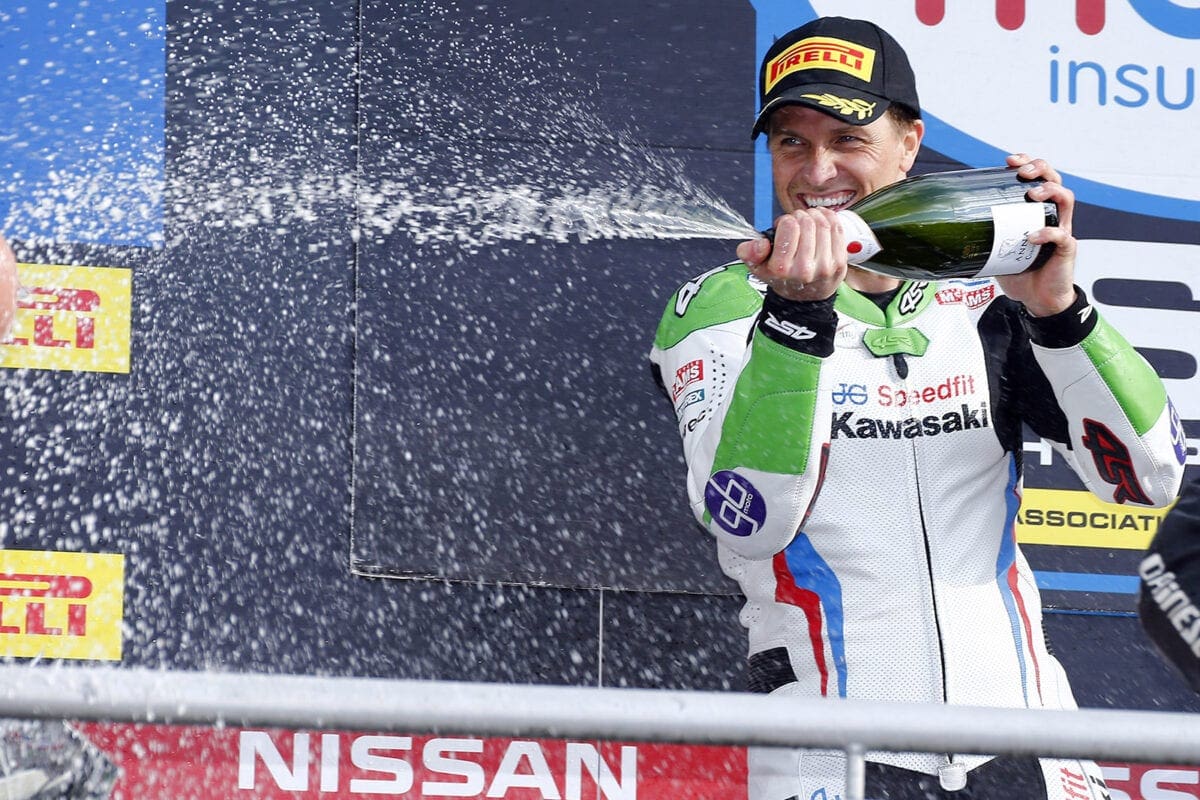 In race two Ellison again made the break off the line with Kiyonari, Byrne and Brookes in close contention. As the JG Speedfit Kawasaki rider edged ahead of the pack, Byrne was shadowing Kiyonari in a bid to move ahead, which he pulled off with a move down the inside at Paddock Hill Bend.

Brookes had his sights firmly set on a double podium finish and as he hunted Kiyonari for third, the Buildbase BMW rider made an uncharacteristic error at Druids, running wide and giving the Australian the opportunity he needed to claim third place.