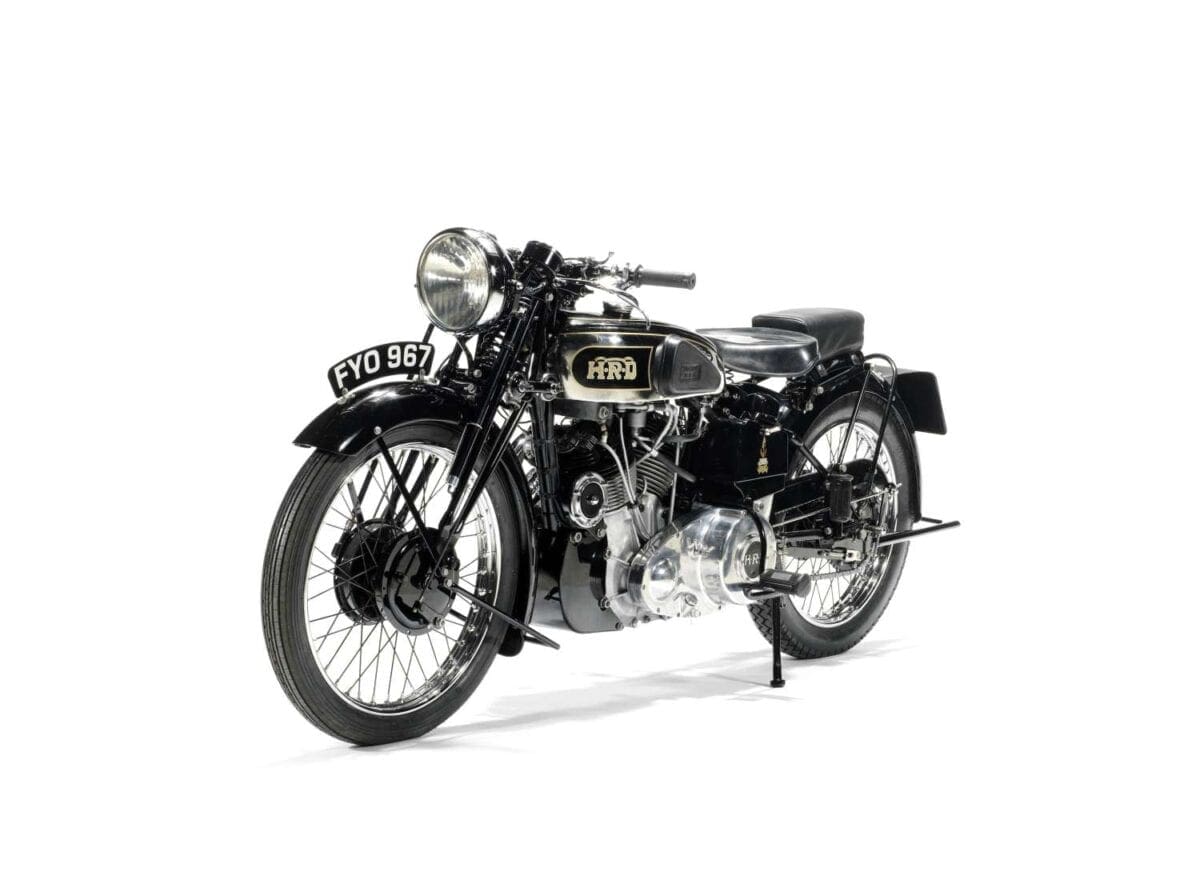 Bonham’s Stafford spring sale broke all previous years’ totals and achieved a record £2.2 million, with 86% of the lots sold. The 12 machines in the sale from the Top Gear duo, James May and Richard Hammond, bagged a collective £77,625 – Hammond’s 2010 Norton Commando 961SE the top lot of the series selling for £15,180.

As expected, the 1939 Vincent HRD Series-A Rapide motorcycle took the sale top spot. Once rescued from scrap and originally purchased in exchange for a mere £10 and an Amal TT carburetor, the fully restored Vincent sold for £275,900 to a bidder in the room.

“Our annual Spring Stafford Sale far surpassed all previous years, totalling £2.2 million – we’re delighted with the results,” said Ben Walker, International Director of Bonhams Motorcycle department. “We’ve seen some fantastic prices, with new precedent being set. The level of enthusiasm at Stafford is always brilliant – with people travelling from across the globe to attend – with those that couldn’t bidding from the comfort of their homes via the telephone or our online bidding platform.”

Malcolm Barber, Bonhams Co-Chairman and auctioneer of the sale, said: “Today’s sale attracted international bidding, celebrity consignments, and saw the motorcycle market buoyant at this annual season opener, the Stafford show. We saw many new collectors entering the market with strong bidding from English collectors and continentals alike. We witnessed investment bidding, but the market as usual is supported by enthusiasts.”

For more information, or to find out about the upcoming Bonham’s auctions, visit: www.bonhams.com

The annual Spring Stafford Sale took place this past weekend amidst a backdrop of hundreds of traders, thousands of classic display machines and a range of exciting live elements at the Carole Nash International Classic MotorCycle Show,

Thousands of two-wheel enthusiasts made the trip and were greeted with glorious sunshine at the flagship event on the classic bike calendar.

A new Restoration Theatre, hosted by TV personality Pete Thorne with MoreBikes Carli Ann Smith as compere, proved popular with showgoers who were offered expert advice on several key areas of restoration and maintenance by The Motorbike Show presenter.

The event’s exhibition manger, Nick Mowbray, said: “The record auction results were the culmination of one of the most successful ever Stafford weekends as the show cemented its status as the world’s biggest classic bike event. All trade plots were sold out, there was unprecedented interest from clubs and private collectors to display machines and we saw increased attendance levels. It all bodes well for our next outing to Stafford in October.”

The Carole Nash Classic Motorcycle Mechanics Show takes place at the same venue on the weekend of October 17-18. More details are available at www.classicbikeshows.com. 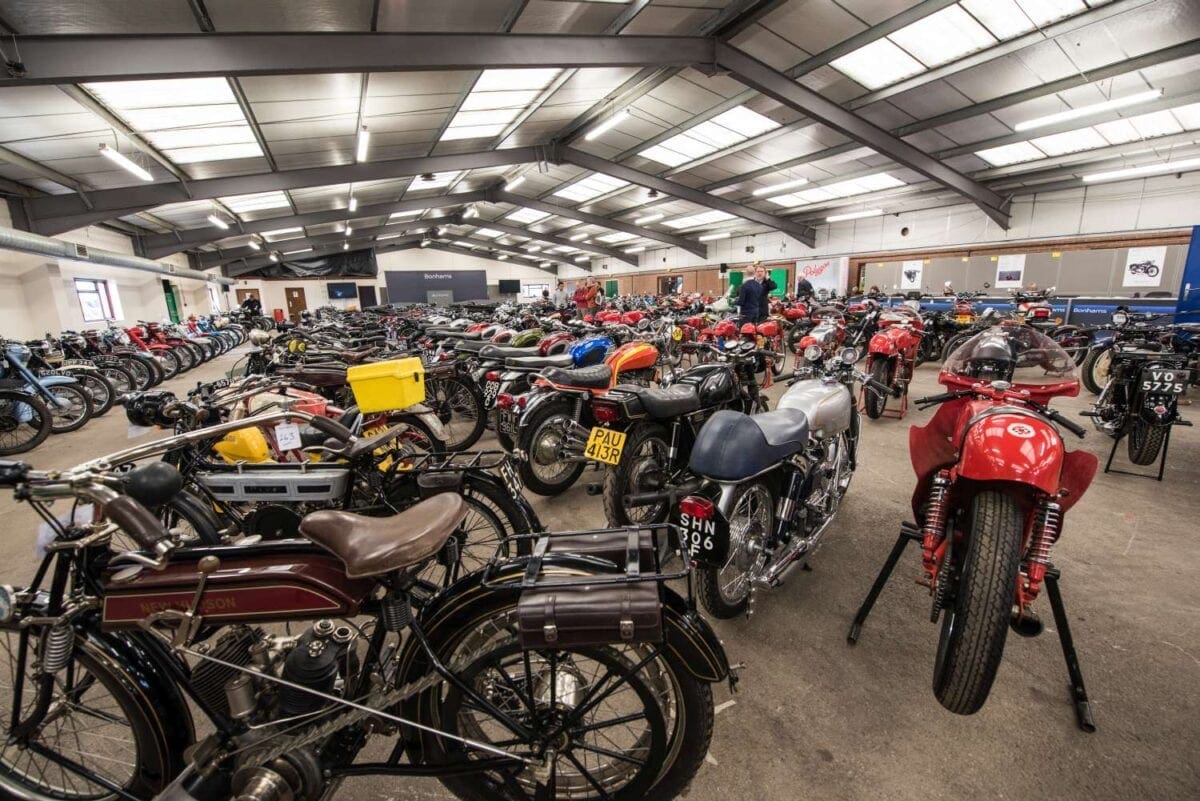