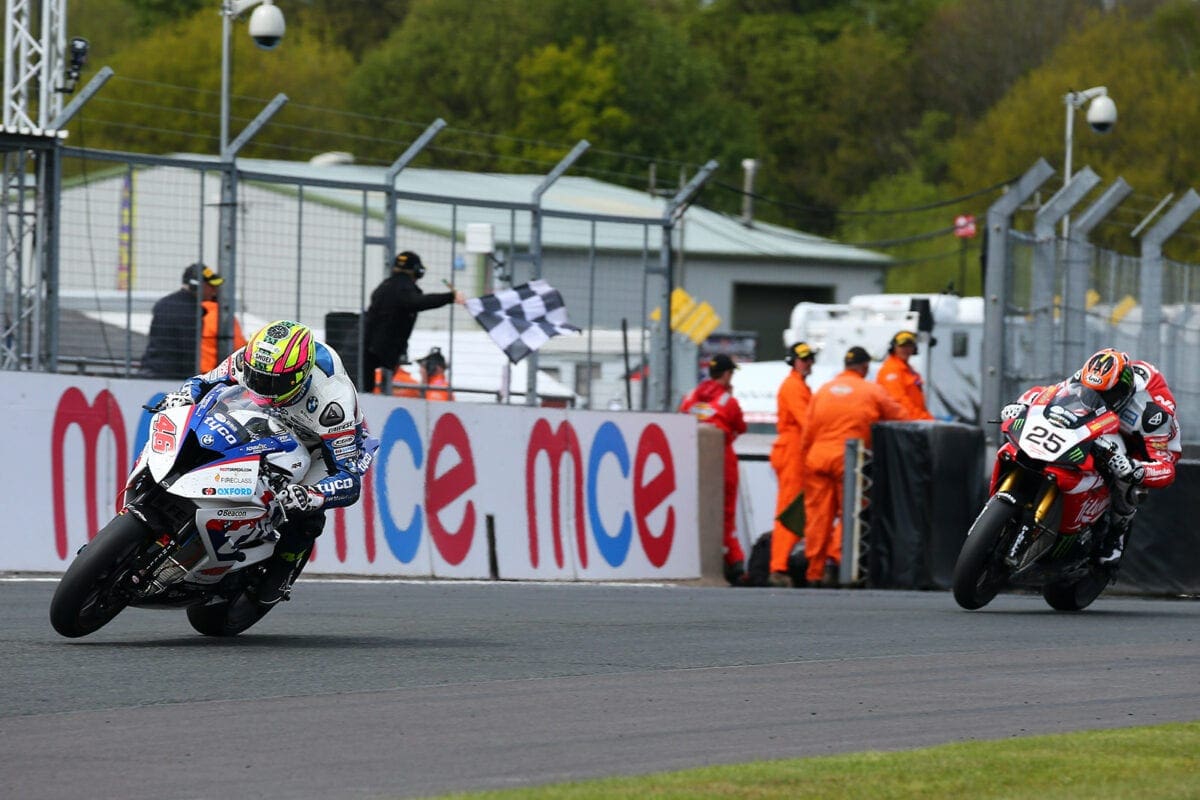 Tommy Bridewell and Stuart Easton shared the victories in a dramatic, incident-packed third round of the MCE Insurance British Superbike Championship at Oulton Park on Bank Holiday Monday in which Shane ‘Shakey’ Byrne crashed out of contention in race two, handing the series lead to James Ellison.

Bridewell led the opening race at the Cheshire circuit, fending off the fierce challenge from Josh Brookes by 0.160s to celebrate the Tyco BMW team’s first victory. Byrne had completed the podium in the opening race as he briefly extended his lead in the standings.

After the race, Bridewell said: “It makes a change to be at the front as normally I am sat behind these other guys and struggling to hold on! All credit to the Tyco BMW team as the bike was working phenomenally. I was watching my board, Josh’s board, Shakey’s and Stuart’s too, thinking right I know what is going on behind me. It was a matter of trying to save smooth and conserve the tyre, but that all went out the window so it was sideways and holding on for dear life really! I keep my feet on the floor but I think that is one of the strongest races I have ever run.”

The second race produced high drama as Ryuichi Kiyonari led the race, eager to make amends for a fifth place in the opening race for the Buildbase BMW team. Bridewell was pushing to take the advantage before he crashed his Tyco BMW, ending his hopes of a repeat winning performance.

Kiyonari and Byrne then had been battling intensely for the lead as the two title-winners diced furiously for the second victory of the day, but with just over two laps to go Kiyonari clipped the back of the PBM Kawasaki at Hizzys Chicane and the pair crashed out of contention. 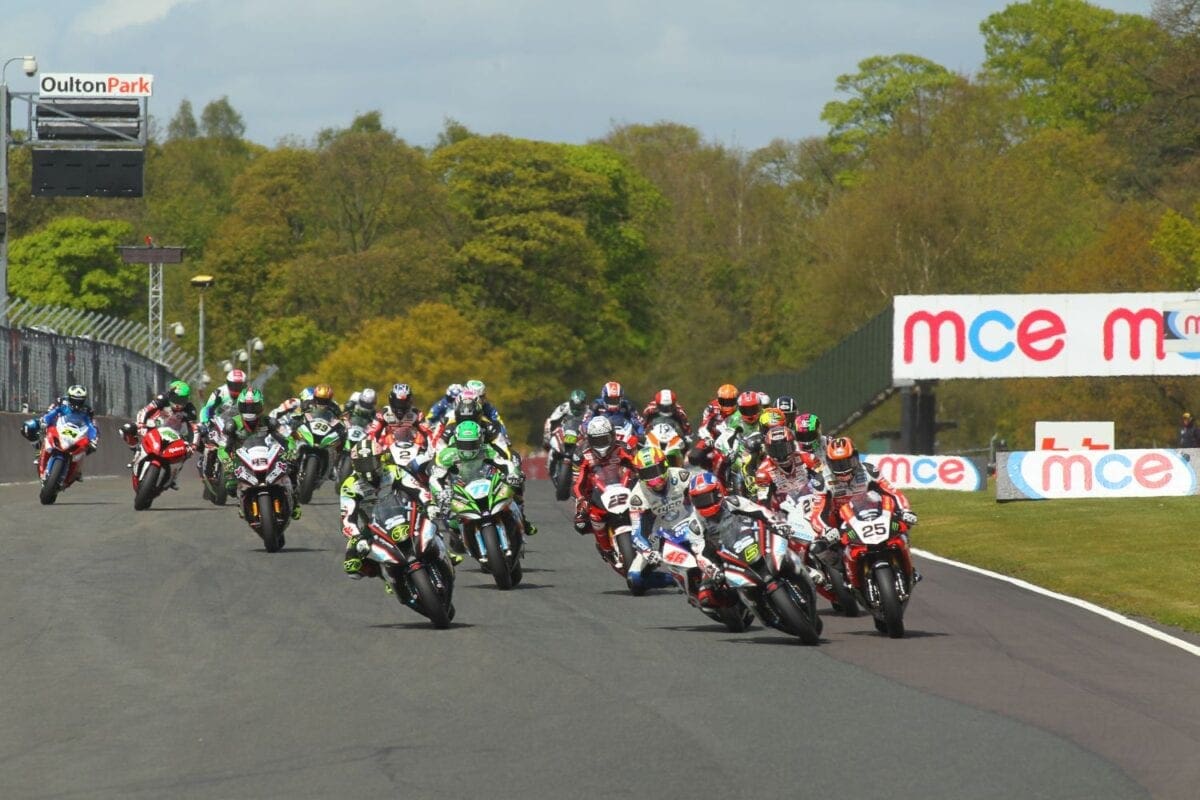 The champions crashing out left a three-way scrap for the win between Stuart Easton, Ellison and Brookes. The Scottish PBM Kawasaki rider held off Ellison on the final dash to the finish to score his first victory since 2010 by 0.161s.

Easton said: “The win has been a while coming, and I was bit fortunate – there were five or six of us out there running at the same pace. I got lucky, but I will take it. I always go well here and I have won in the Supersport class here too, I really like the circuit and I have really enjoyed this weekend. We now need to build on today and keep pushing for Snetterton.”

Michael Laverty enjoyed his best result of the season so far in fourth place on the Tyco BMW ahead of Honda Racing’s Jason O’Halloran and Howie Mainwaring on the Quattro Plant Bournemouth Kawasaki.