Rea celebrates his 150th WorldSBK race with another win 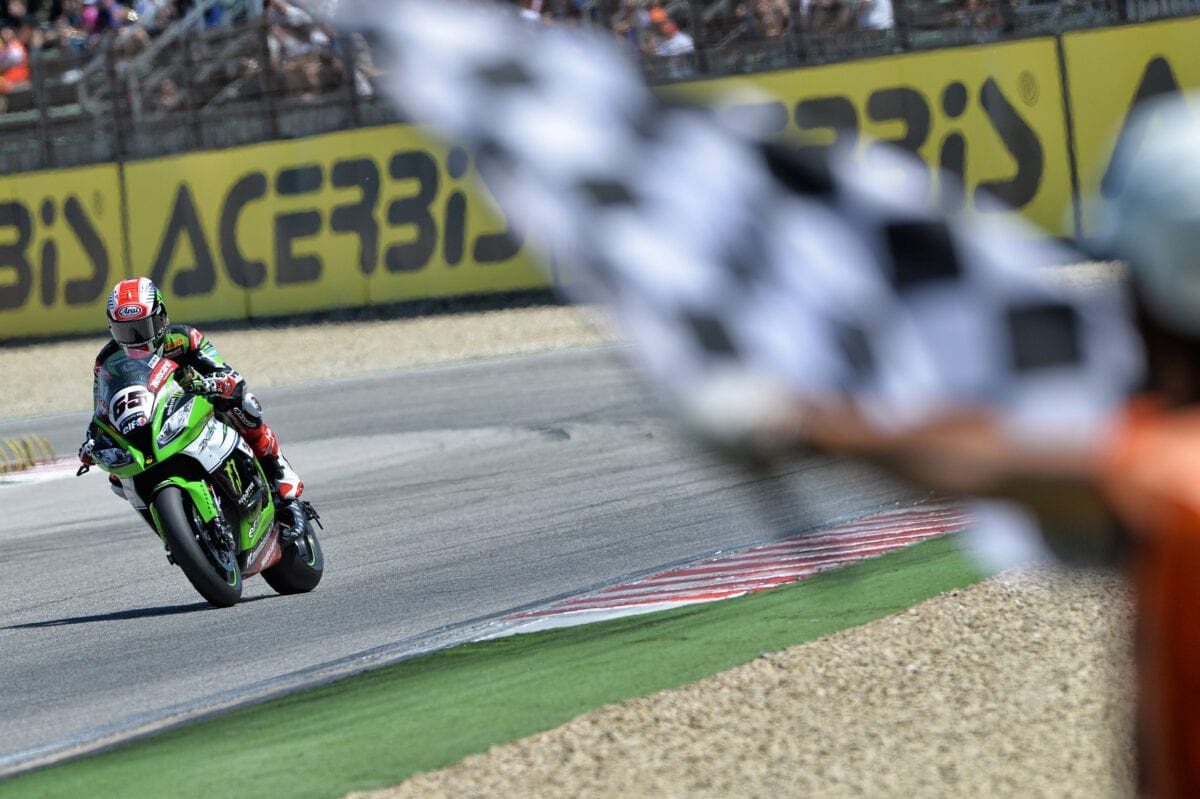 The second WorldSBK race of the Acerbis Italian Round went the full 19-lap distance, with the Kawasaki Racing duo claiming their second 1-2 finish of the day as Jonathan Rea once again got the better of Tom Sykes with a comfortable 4.399s lead at the line. For Rea it was the eighth win from ten starts, which also completed his third double of the year.

Sylvain Guintoli and his Pata Honda team-mate Michael van der Mark both crashed out before half distance as did Leon Haslam (Aprilia Racing Team – Red Devils). A number of other retirements meant only 13 riders completed the race.

In the championship standings Jonathan Rea heads to his home round at Donington Park with a stretched points advantage after his double race win, the gap to his nearest rival Leon Haslam is 87 points. 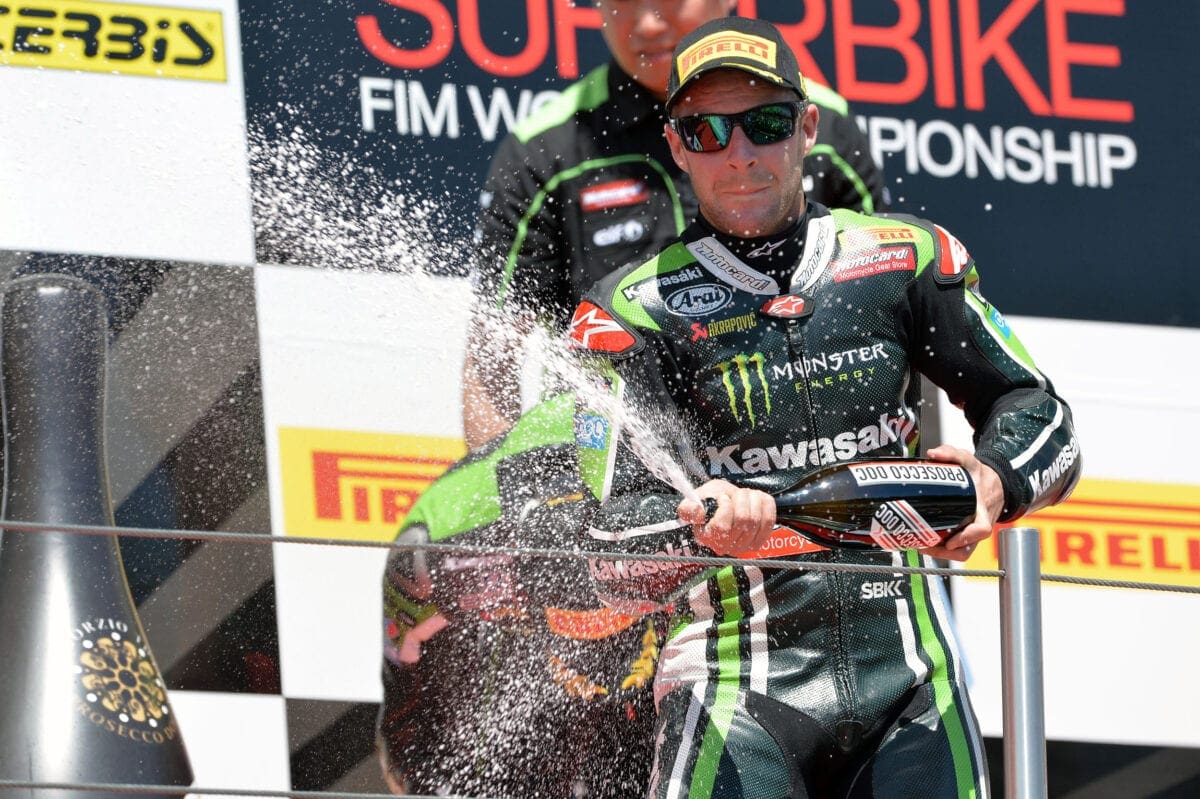