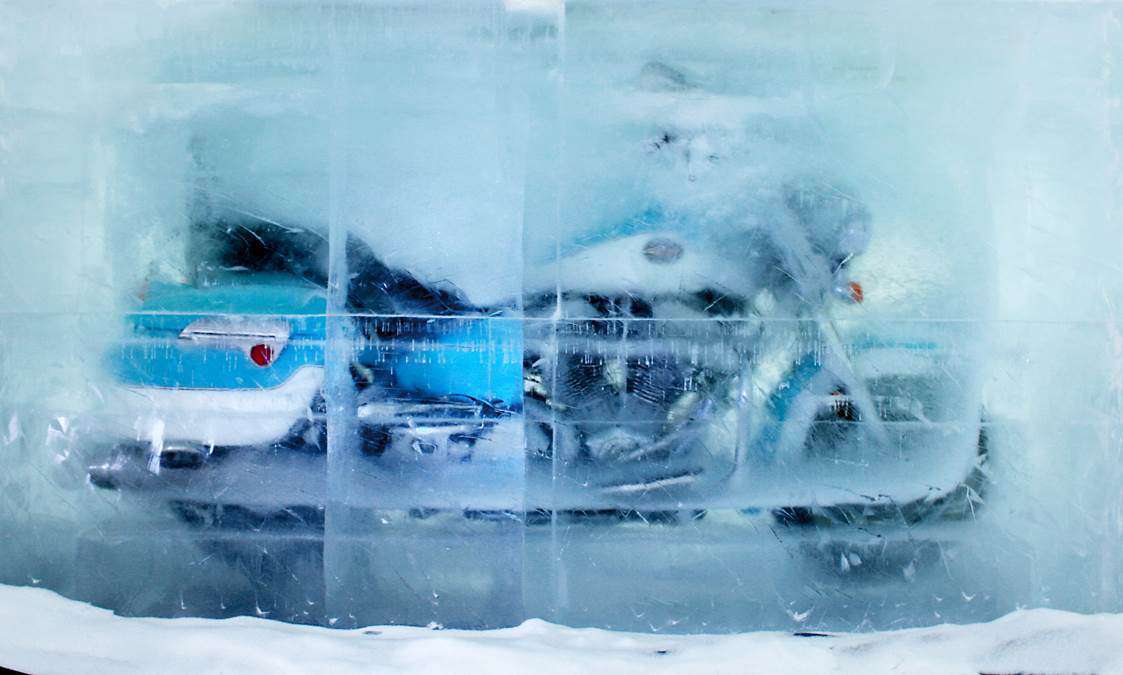 In 2011, Victory Motorcycles in Sweden froze a V92 TC for the Ice Hotel in Sweden to exhibit – after just one-hour of workshop time, it was running again.

Despite spending four years at sub-zero temperatures, the bike only needed an oil change, fresh fuel and a new battery. It even started using the same spark plugs and electrical system. 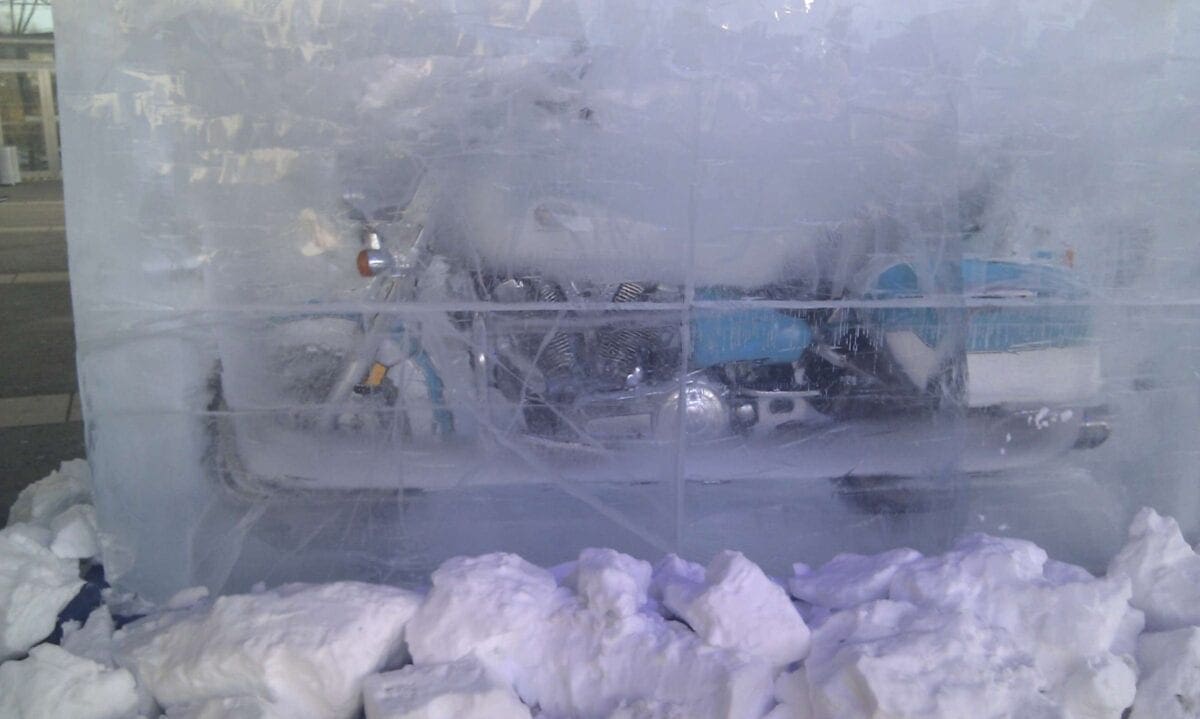 Check out the video here: http://youtu.be/9lz3BQ6kKQ8

The technicians who worked on the bike could not believe the bike started without needing new spark plugs or any replacement electrical parts, except for a new battery.

Although the bike now runs, and has been ridden on Stonetown Custom’s premises, it cannot be registered for the road, leaving the bike’s future uncertain.

Niklas Frisk, Marketing Development Specialist Motorcycles EMEA Distributors, has overseen the re-birth of the ‘Ice Bike’ and said: “The bike started without any big hassle after four years in ice. Talk about performance!”

He added: “The ‘Ice Bike’ already had a hard life before we froze it. It was originally a ‘shaker’ bike at the R&D facility at Polaris in the USA. It was on a shaker rig and did the equivalent of 300,000km.

“After that the bike came to Sweden for technical training so that mechanics in Europe could learn how to service and repair the engine. It means the engine has probably been disassembled a couple of hundred times as well! This bike just does not want to die!” Niklas exclaims. 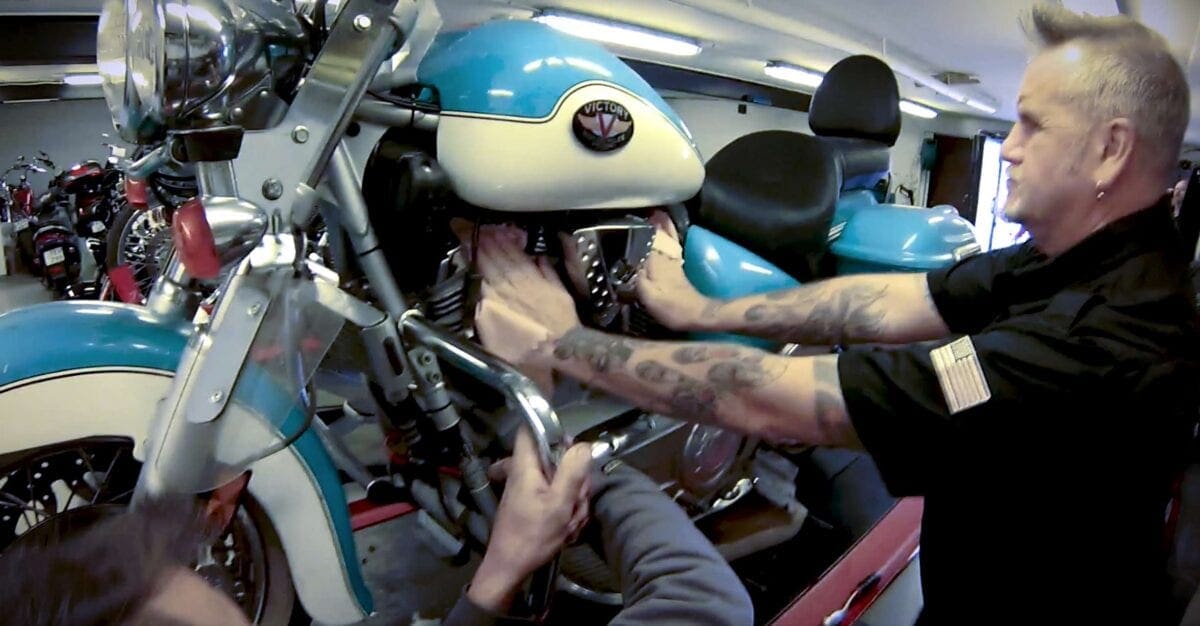 The owner and CEO of Stonehouse Custom, Andreas Sedin, said: “I have never doubted the quality of Victory Motorcycles. We have sold many in the past and haven’t had any trouble with them. But to torture a bike like this and it still works after being in ice and water for so long, well it’s really amazing. This sure proves the quality of Victory bikes and that we are a winning team as a dealership.”

“I do not know what the next torture will be for this bike,” Niklas jokes. “Now we just have it as a crazy memory.”