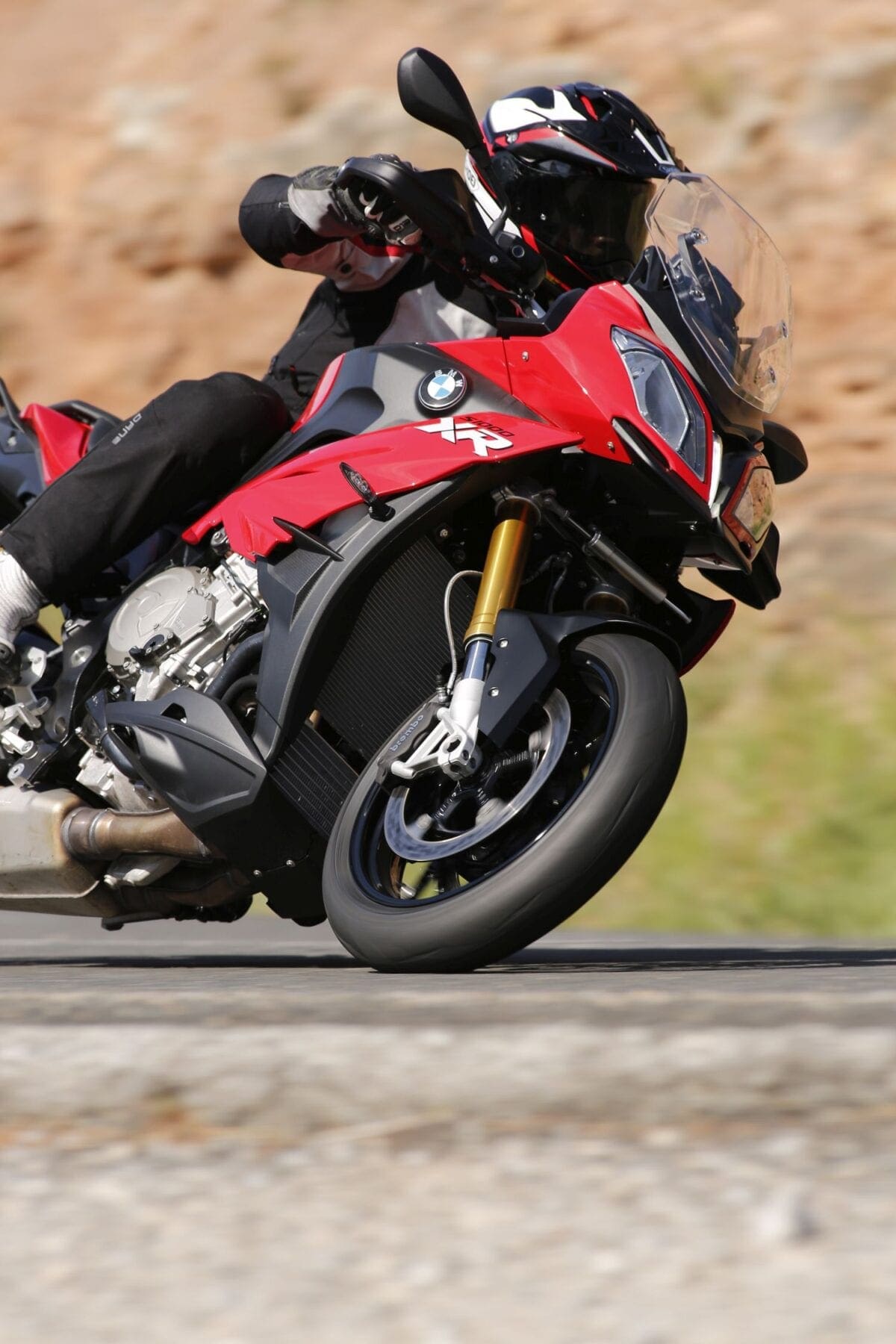 Ever since its reveal late last year, the XR’s been subjected to a plethora of opinions; quite often being dismissed as BMW’s attempt at recreating Ducati’s Multistrada. It’s the fourth addition to BMW’s S1000-family, each powered by the highly-praised 999cc, in-line-four motor. Whilst it doesn’t use the same 200bhp engine as seen in the HP4 or S1000RR, it mirrors the naked S1000R’s identically, with the same gearing, cam-profiles and 160bhp-tuned output focussed on delivering low rpm torque and a consistently smooth delivery all the way through its rev range. A different exhaust and altered fuelling optimise the package, which is also bolstered by an all-new frame and swingarm, lengthening the bike’s wheelbase by 109mm (now 1548mm). As the head of  BMW’s in-line-four model line Rudi Schneider explained, “The XR needed its own chassis. The bike’s frame needed to be longer for added stability, and taller for comfort.”

Whilst it’s hard to gauge the model’s extended wheelbase from looks alone, there’s no mistaking its domineeringly-tall build, which features a rider’s seat height of 840mm. At 5’ 10”, swinging a leg over bike – which comes with an adjustable screen and hand-guards as standard – was a bit of a challenge; my feet only being able to reach the ground on tiptoes. Thankfully, there’s a low seat option available (820mm) and also the potential to buy the bike in a lower-suspended version (reducing the minimum seat height to 790mm). To create the desired look and ride height, the XR’s suspension travel is longer than the S1000R’s; 30mm at the front, 20mm at the rear. On the bikes we tested near Barcelona, the S1000XR Sport SEs were equipped with BMW’s proven Electronic Suspension Adjustment technology. By switching through options, the rigidity and focus of the setup could be altered to suit our preferences; this also being the case for the power modes. As standard, the XR comes with ‘Rain’ and ‘Road’ riding modes, but our higher-spec options also featured the livelier ‘Dynamic’ and customisable ‘Dynamic Pro’ outputs. Unlike the R1200RS revewied this month, the XR’s Pro mode also carries BMW’s new ABS Pro technology, allowing you to brake in corners without risking the front wheel washing out by moderating the braking pressure according to the angle of lean picked up by the bike’s sensors. As with all BMWs built since 2013, the standard bike is equipped with traditional ABS.

It took just a few metres of road to realise that this model is substantially different to anything else on the market; including the Multistrada. For such a big motorcycle, and weighing 228kg, its extremely agile handling and the instantaneously smooth engine pickup blew me away. The bike feels very well balanced and easy to ride, with a lightweight clutch and a silky smooth throttle. BMW’s Gear Shift Assist Pro gave its usual for effortless gear changes, as we negotiated the local town’s intricate thoroughfares, on route for the magnificent mountains of Montserrat. 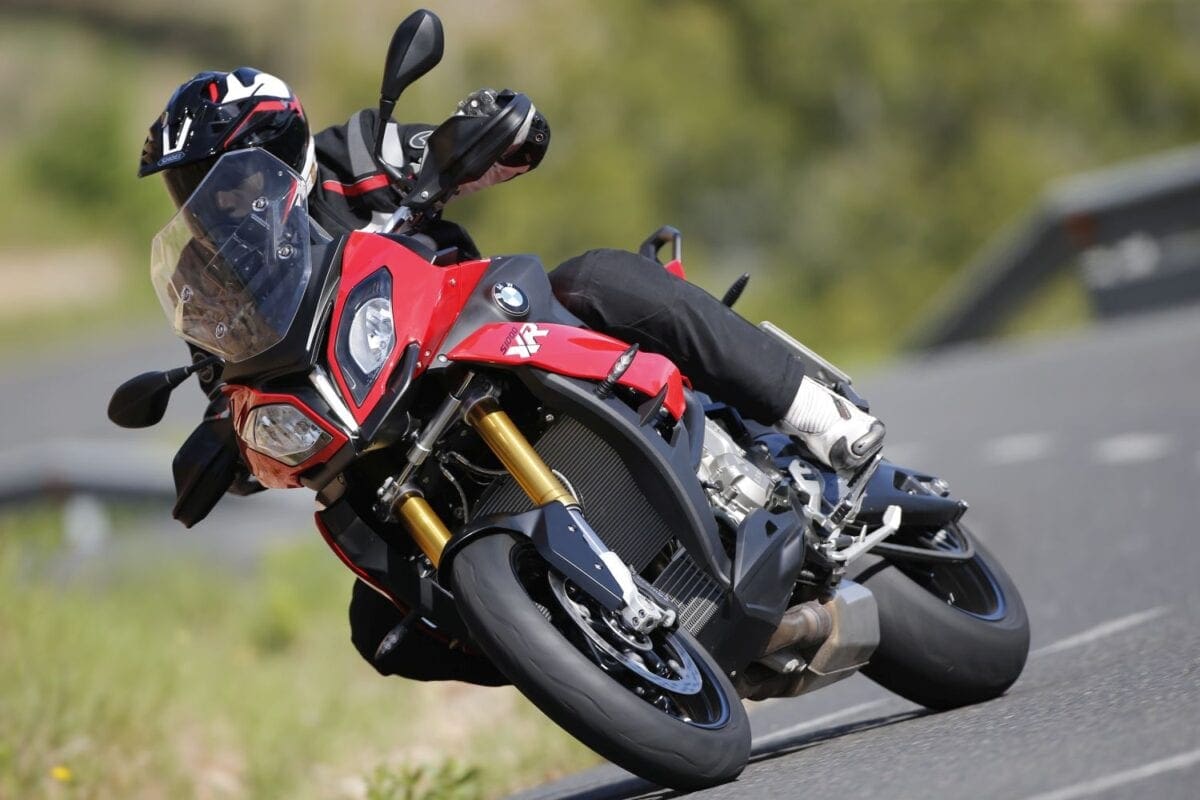 By the time we’d reached the towering, wind-calved masses of stone, the half-analogue, half-digital dash was showing that we were 40-miles into our 180-mile trip. The path so far had been relatively mild and the pace restrained, with the bike acting as a well-behaved tourer, much akin to the R1200GS. It had proven a master of slow speeds, but now the wick was set to be turned up and the bike’s true potential was going to be unleashed on one of Europe’s best mountain passes. The fantastically surfaced slither of tarmac we were now riding climbed rapidly skywards, twisting across a succession of hairpins. I normally hate tight corners, but the punch from the XR’s motor proved a treat to utilise; simply keeping the gearbox in second and screaming the motor up to its limiter before repeating the process once more. The bike’s instant burst of energy from just over 1000rpm is addictive, along with the deep burble which emits from the standard end-can. Having sampled the bike in ‘Road’ mode, ‘Dynamic’ unleashed a sharper throttle response from the more aggressive map. In the first two gears when pushing hard, the orange hazard flash from the clocks told how hard the bike’s Dynamic Traction Control was working to keep the Pirelli Rosso IIs gripping, and from lifting the front wheel.

A couple of thousand feet up, the road became more sweeping and much faster as we crested the mountains’ formation. Every corner that came our way confirmed the XR’s extremely good handling and stability. It didn’t matter what speed you pitched the bike into a corner, it dealt with all that came its way and challenged you for more. Road imperfections were absorbed effortlessly by the long travel suspension and even the slickness of overbanding failed to cull my confidence, as the wheels never failed to find grip and deliver a marvellous account of information on what was going on beneath you; especially when braking hard, even to the point of engaging the ABS. 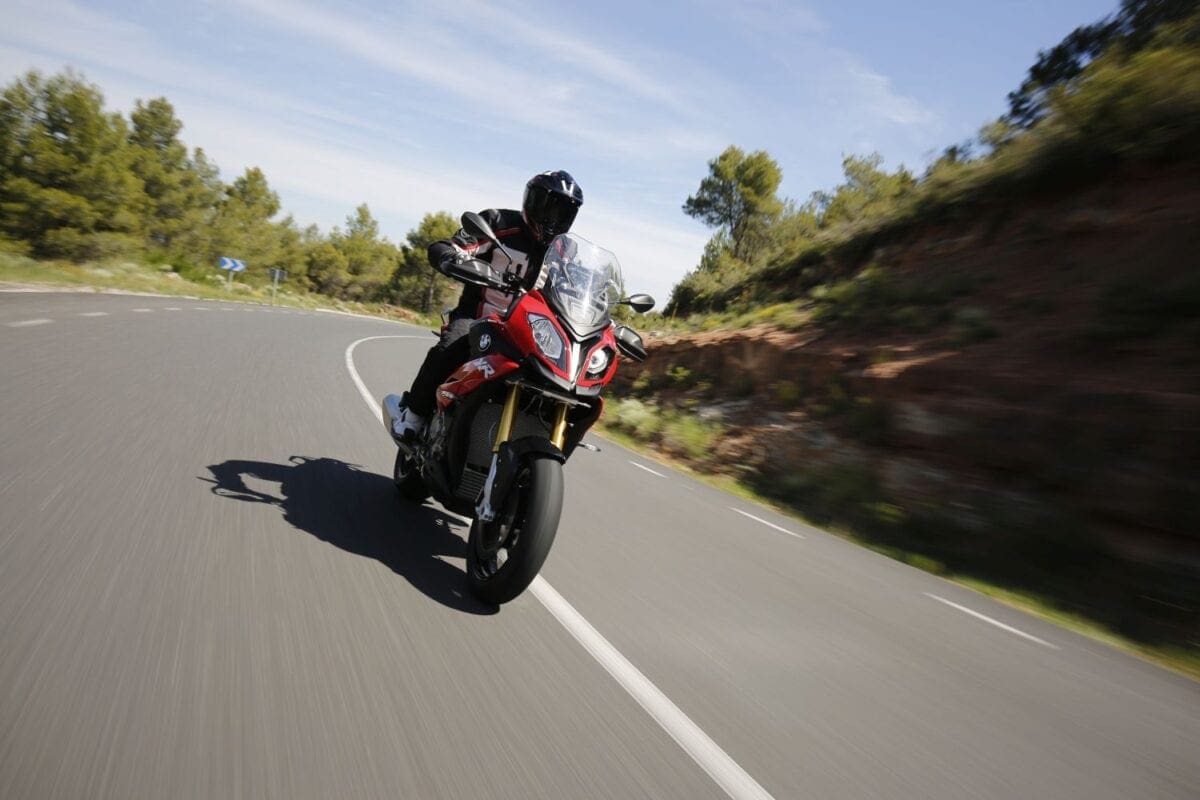 Worn out from the excitement, the pace eventually eased off as the route became slightly more sedate. The road we were now riding was open to the elements and it gave the perfect opportunity to get an appreciation of the bike’s level of protection. Compared to a GS, the XR’s screen is definitely smaller, but having adjusted it to its highest position, I never felt vulnerable to buffeting. The nose fairing did a good job of keeping the wind from my shoulders and torso, whilst the hand grips lessened the impact on my arms. Things felt pretty comfortable, made all the more so by the spacious rider’s seat and the long stretch down to the pegs below my feet. The broad handlebars are well positioned, failing to require a big reach forward; the XR offers a very natural and upright riding position. However, one thing I did notice was how the pegs would become buzzy at higher revs; eradicated by simply short-shifting to the next gear, though this didn’t cure the shaking rearward view from the mirrors.

As the day wound on, I found myself liking this motorcycle more and more, to the extent that I now consider it one of the best road-focussed bikes I’ve ever ridden. People often complain that a touring bike lacks in the corners, whilst a sports bike is terrible on the long slog down to those favoured corners. But here’s a model that excels in both fields; it is the ultimate compromise between sports and touring. BMW might not have been the first to enter into the ‘adventure-sports’ sector, but I’m more than confident that the arrival of the XR is set to shake things up significantly, just as the S1000RR did in 2009 when it descended on the supersport scene. 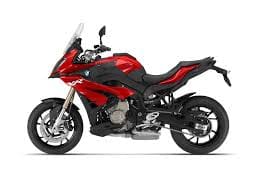 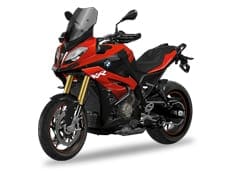 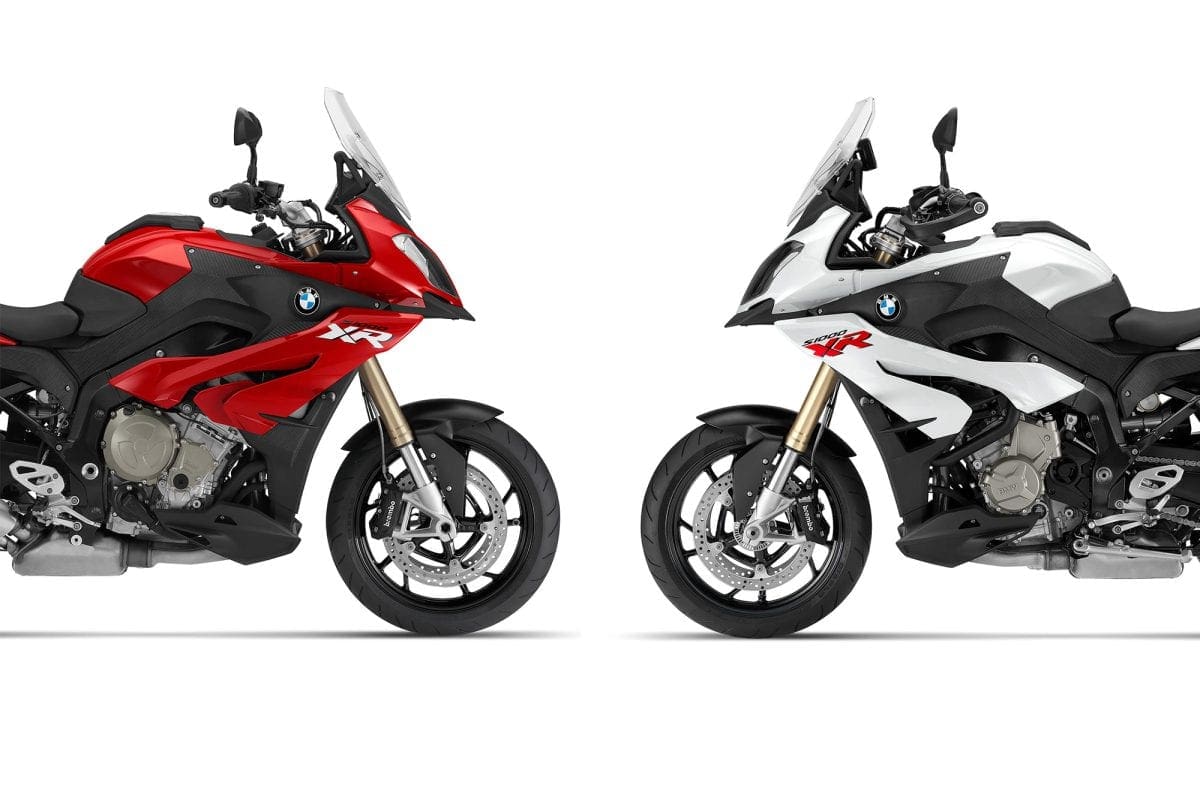 The versions and their prices…

The new S1000XR will be available in three different package options:

(As per base XR-spec, including…)

(As per XR Sport-spec, including…)