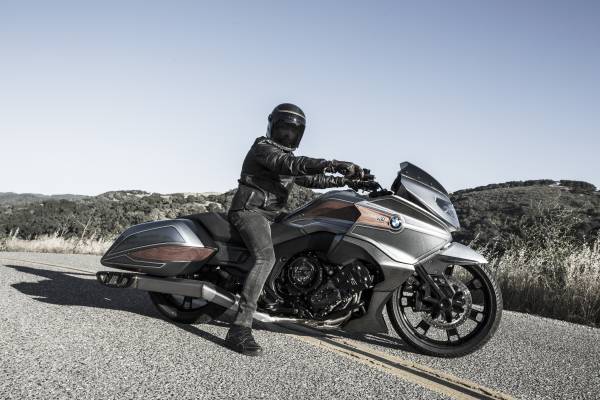 So what do you think to this, the Concept 101 future tourer from BMW?

It might seem a bit on the futuristic side, and it has been co-designed with American design darling Roland Sands, but if the following quote is anything to go by then BMW are pretty serious about this as a direction for bikes to come: “The Concept 101 opens up a new chapter in the history of our concept bikes. It is the BMW Motorrad interpretation of endless highways and the dream of freedom and independence – the perfect embodiment of “American touring”. Designing this big touring bike study was amazingly exciting for us because we haven’t been involved with a motorcycle concept like this before. To me, the Concept 101 is the epitome of elegance, power and luxury on two wheels,” said Edgar Heinrich, Head of BMW Motorrad Design. 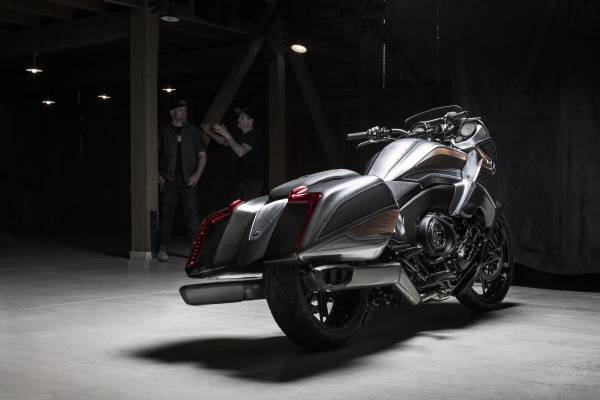 The bike’s motor is a six-cylinder, 1,649cc (101 cubic inches – the USA measurement for engines – which gives the bike the 101 in its name), BMW says that it built the bike as a future ‘bagger’ to appeal to the American market. The firm also says that the use of wood on the bike gives a warmth to the bike.

We’re not that sure about this thing… we just can’t get the DN-01 out of our heads, but that’s probably not being very fair to the bagger. Tell us what you reckon to this bike. 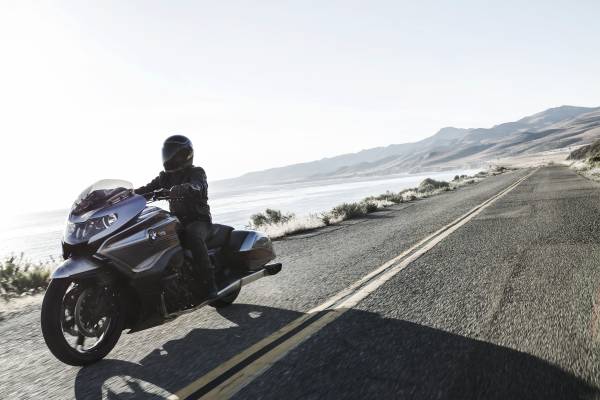