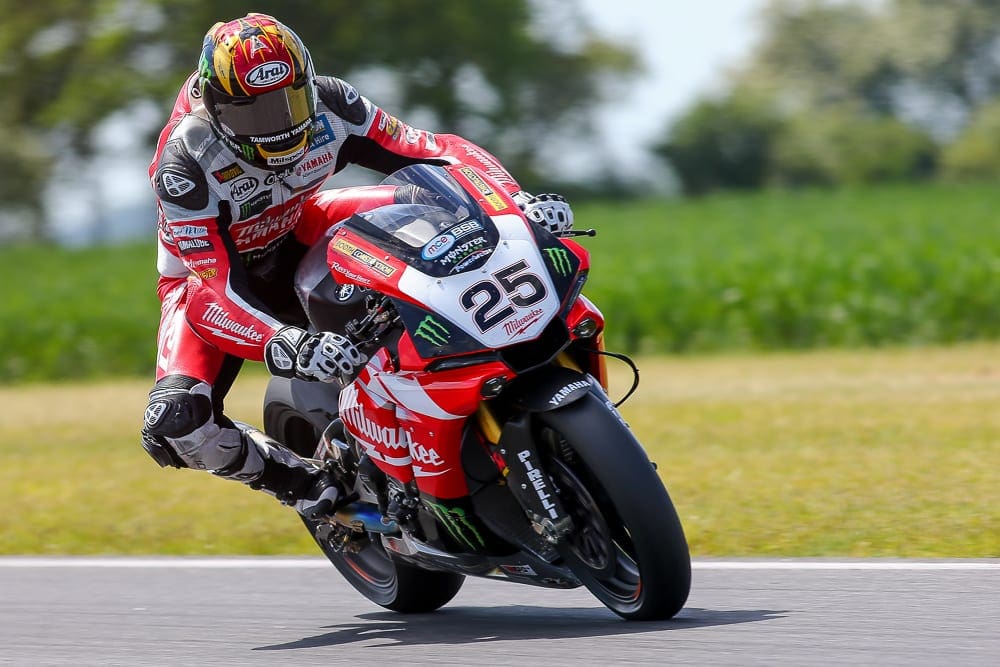 Milwaukee Yamaha’s Josh Brookes proved he still had more in reserve for the final day of the MCE Insurance British Superbike Championship official test at Snetterton; obliterating the existing lap record to set the fastest ever lap of the 300 circuit – 1m:46.861s.

Brookes had set the fastest recorded time earlier in the day, but in the afternoon with some final changes to his Milwaukee Yamaha, the Australian continued to up the ante. As the last ten minutes of the final session counted down he again slashed more time off his lap, edging out his rivals to set a time 0.590s faster than the previous fastest lap of the circuit set by John Hopkins during qualifying in 2011.

Brookes had only briefly been moved from the top spot during the final session when James Ellison had a moment at the top of the times during the last 20 minutes, but it was a short spell as his Milwaukee Yamaha rival moved back ahead just a handful of laps later.

Championship leader Ellison and defending champion Shane ‘Shakey’ Byrne were then wrestling for second place in the final session with the pair trading the position several times in the closing minutes as they bid for their best lap time of the test. Byrne eventually held the advantage over the JG Speedfit Kawasaki rider, but only by 0.018s at the chequered flag.

Jakub Smrz was another rider to improve his time and the Moto Rapido Ducati rider closed down the leading trio in the final minutes as the pace intensified. The final session also saw the second Milwaukee Yamaha of Broc Parkes take a leap up the timesheets as the Australian contender held fifth place ahead of fellow countryman Jason O’Halloran for Honda Racing.

The next round of the MCE Insurance British Superbike Championship takes place at Snetterton in Norfolk on 19/20/21 June.