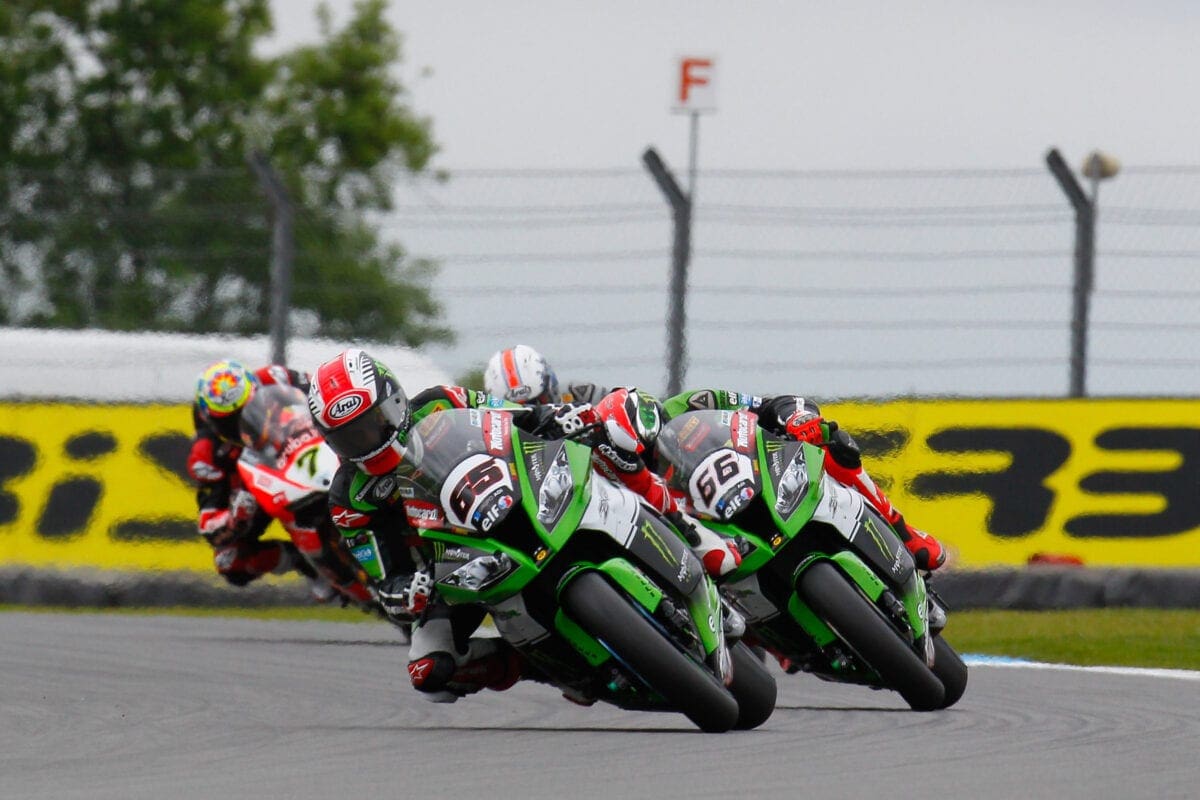 A number of high profile World Superbike riders are heading to the Isle of Man for a parade lap around the iconic mountain circuit as part of the 2015 Isle of Man TT Races.

Chas Davies, Sylvain Guintoli, Jonathan Rea, Leon Camier and Tom Sykes will be heading to the Isle of Man for this year’s TT festival following the Portuguese round of the 2015 Championship.

Leading the way will be 2014 Champion Sylvain Guintoli. The French rider’s varied career has included MotoGP and British Championship campaigns, notably achieving a MotoGP podium in the 250cc race at Assen in 2003 as well as winning his first British Championship race on his debut at Brands Hatch in 2009. He went on to become World Superbike Champion last year riding for Aprilia in a dramatic last race decider before moving across to the  Pata Honda team currently sitting 6th in this year’s Championship.

The Kawasaki Racing Team duo of  Jonathan Rea and Tom Sykes have been battling each other for race wins from the opening round of this year’s championship with the pair currently first and third respectively in the overall standings. Rea has built up a lead of over a hundred points with race wins in every round but Sykes ended that run with double victory in the British round of the series at Donington Park..

Welshman Chas Davies, the 2011 World Supersport Champion, made it an all British podium in both Donington races with two third placed finishes to cement his current fourth place in the Championship standings. The Aruba.it Racing Ducati rider has already won a race this season at Aragon as well as a brace of runner up places at Assen and has finished in the top ten every year since his WSBK debut in 2010.

The four riders are scheduled to take part in a parade lap on Wednesday 10th June, following a packed TT race day that also features the SES TT Zero Race, the Monster Energy Supersport Race 2 and the Sure Sidecar Race 2 as well as a qualifying session for the Bennetts Lightweight and PokerStars Senior TT Races.

The WSBK riders will all be attending the VIP unit on Wednesday and VIP and Platinum tickets are still available by phoning 00 44 (0)1624 640000.