Rea pulls away to take fourth double of the season

Rea pulls away to take fourth double of the season.
Giugliano and Haslam in the top-3 as Sykes slips down to eighth place. 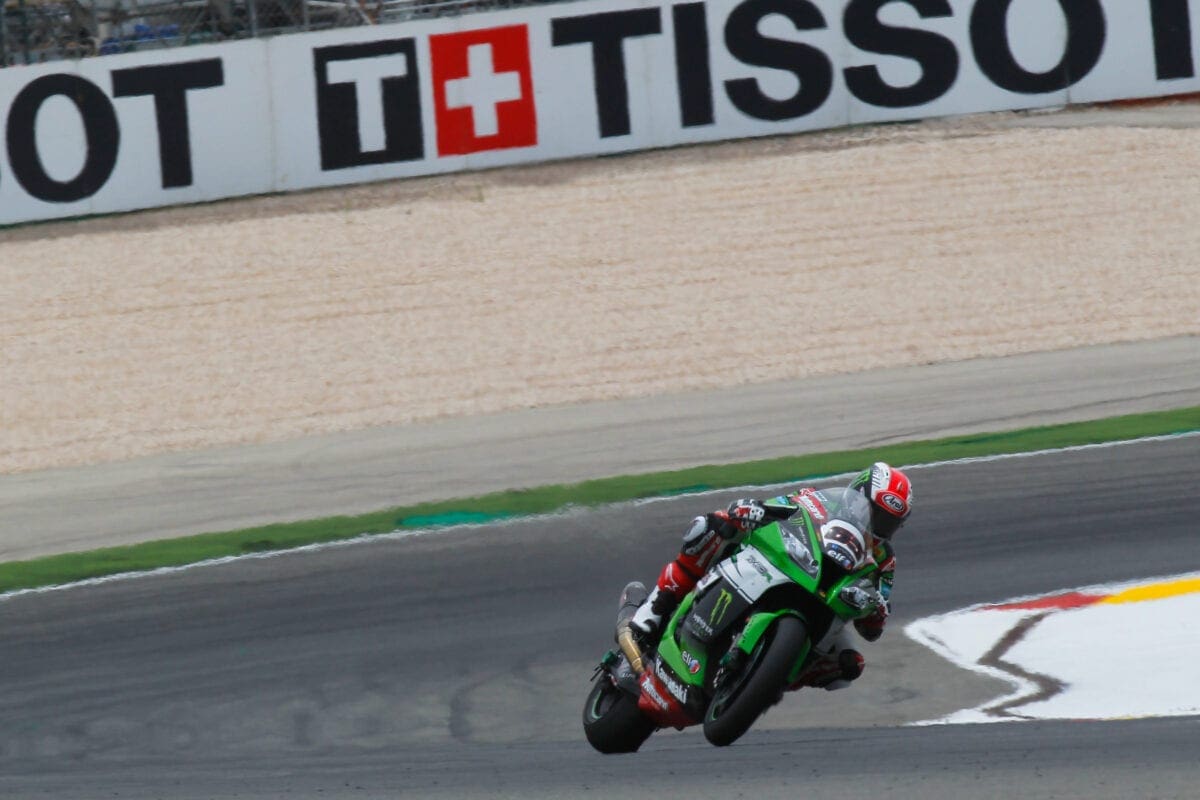 The conditions for the second WorldSBK race at Portimao’s Autodromo Internacional do Algarve were almost perfect as the earlier rain had disappeared. The full 20-lap encounter on a dry circuit was won in the end by Jonathan Rea (Kawasaki Racing Team), who stepped on top of the podium for the tenth time this season by crossing the line 5.416s ahead of his nearest rival Davide Giugliano (Aruba.it Racing – Ducati Superbike Team). Leon Haslam (Aprilia Racing Team – Red Devils) returned to podium ways by finishing third.

Rea’s double win of the weekend moves him into 3rd overall in terms of most consecutive podium finishes (15). The KRT rider now sits in seventh place for the most number of race wins in the series (25). 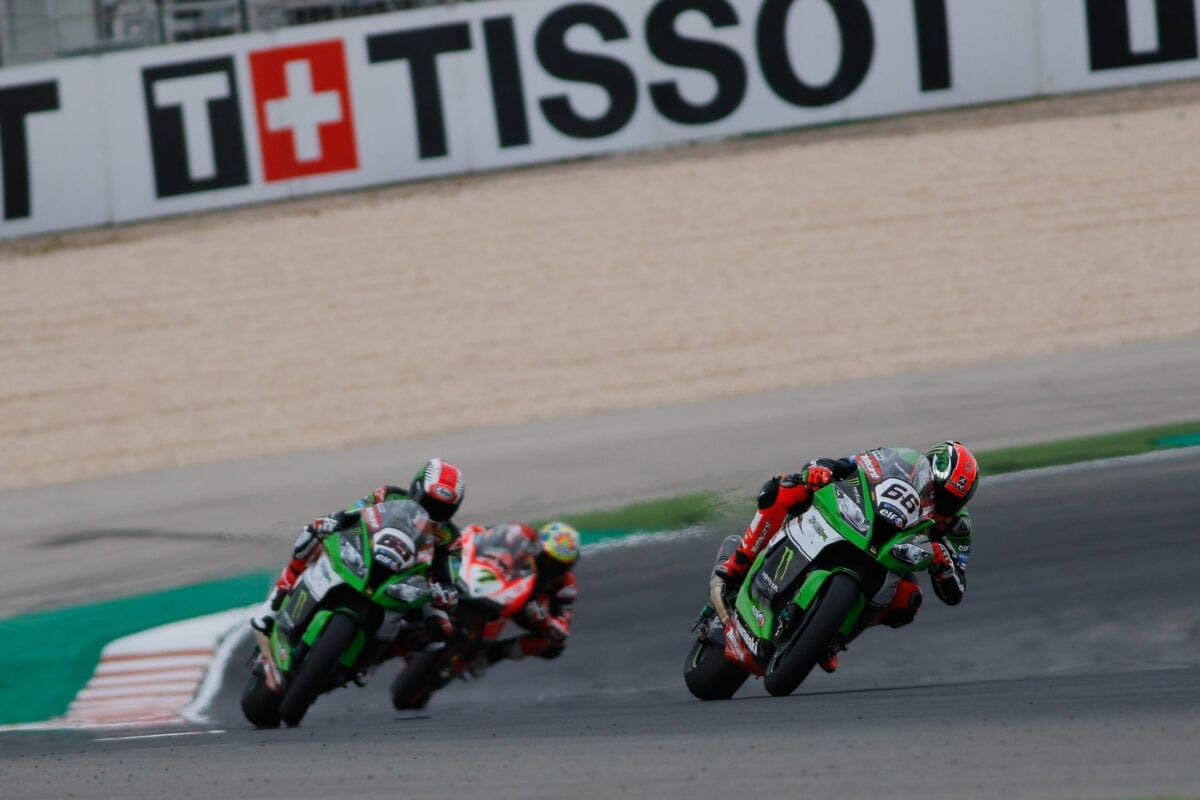 As in the first encounter, Tom Sykes (Kawasaki Racing Team) initially led before being passed by team mate Jonathan Rea and Davide Giugliano (Aruba.it Racing – Ducati SBK Team), the trio pulling clear of the pack as their pace at the front increased.

As the race continued Rea began to stretch a lead, leaving Sykes and Giugliano to fight for second until the former champion’s ZX-10R suffered what looked like a technical problem. The former champion would eventually finish eighth. Haslam took full advantage of the situation to take third, his first podium since Aragon race 2.

Jordi Torres (Aprilia Racing Team – Red Devils) scored 9 points with his 7th place finish ahead of Sykes, Leandro Mercado, who was in the top ten once again on his Barni Ducati and Matteo Baiocco (Althea Racing Ducati). 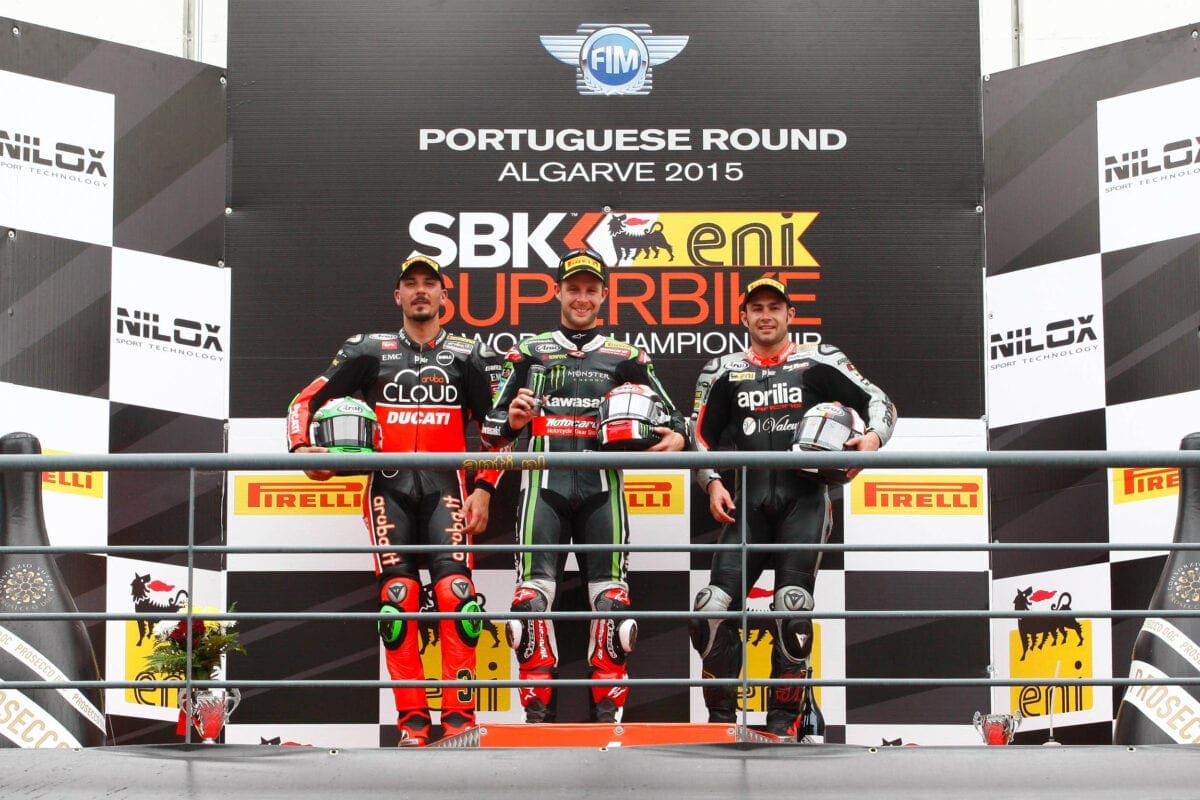