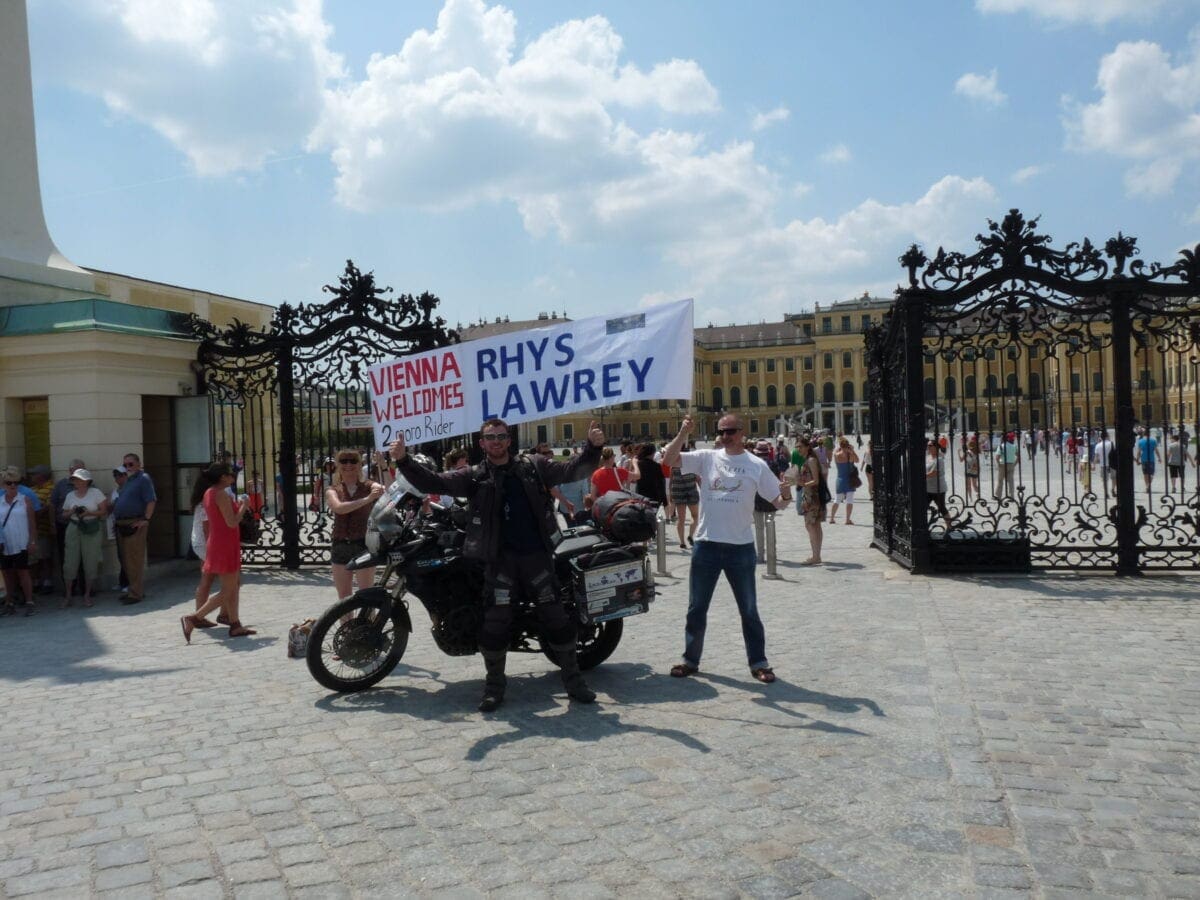 Young British motorcyclist Rhys Lawrey continues to build on his record-breaking total of capital cities visited by bike, having arrived in Vienna, his 30th in a row.

The 23-year old is nearing the end of his round-the-world ride, which began over a year ago in London. Since then he has covered 52,000 miles on Tigger, his Triumph Tiger 800XC, travelling through 54 countries on six different continents.

In May Rhys began his attempt to set a new Guinness World Record for the “Most Consecutive Capital Cities Visited by Motorcycle“. Riders may only rest when they reach a capital – they are only allowed to stop for fuel, borders and the call of natur between citiese. The current record is five capitals, all in central America. Rhys beat that when he reached Mbabane in Swaziland and had visited nine by the time he left Africa. Since arriving in Europe he’s increased the count to 30 and is aiming for a final tally of at least 50 by the time he returns to London this July.

“One of the biggest milestones was achieved in Bulgaria – riding over a wopping 50,000 miles in 13 months,taking the country tally to 50!” says Rhys. “Also Sofia, being consecutive capital number 25, meant I had beaten the current record five times over!”

His entry into Vienna was also special; “Two capitals in one day – gotta love it when that happens! In the morning I visited Triumph Budapest, then popped into Bratislava [Slovakia] and then into Vienna”.

Rhys has produced a video showing highlights of his first year on the road, which can be seen at https://youtu.be/MUv1XbtCz0I. He is also raising money for The Prince’s Trust, asking for a donation of just £6 per person (one pound for every continent he’s crossed). You can follow his progress and make a donation at www.2mororider.com.