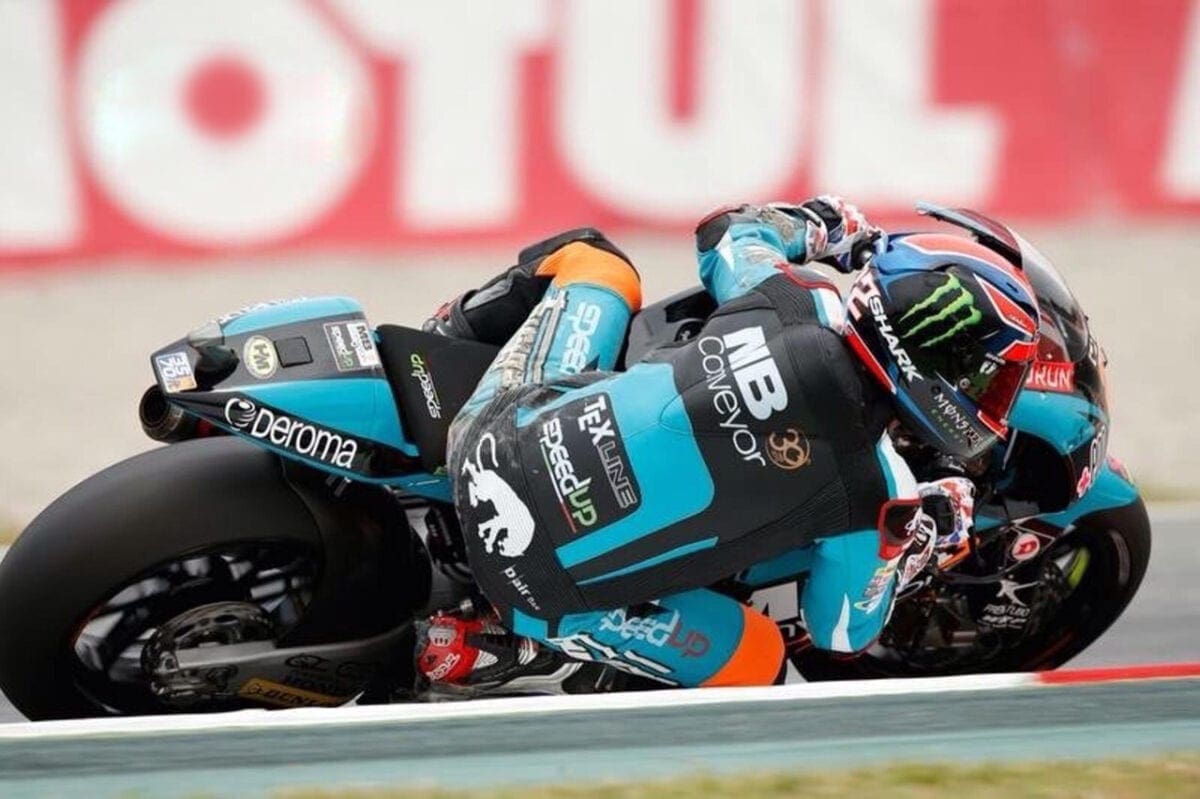 Just one race after the Mugello GP where the Dainese D-Air Armor, the airbag “open platform”, has been presented to the international press, the Dainese technology was used in a suit by another manufacturer.

Sam Lowes, World Championship rider in the Moto 2 class, fell twice during the first day of the Catalunya Grand Prix. In FP1, the rider had a low side at turn 5, with a speed of 77.1 kmh. In FP2, he had another low side at turn 10, at 83.8 kmh.

The D-Air Armor promptly deployed, protecting the English rider, who slid on the track for 37.2 meters during the first accident and for 44.5 meters in the second one.

Sam said: “This has been my first experience with the airbag. I fell yesterday during the free practices, but the D-Air Armor immediately activated.

“I was surprised by how fast it deployed. I had a good feeling and it didn’t hurt at all. If it can be described with a positive connotation, it has been an amazing crash!”.