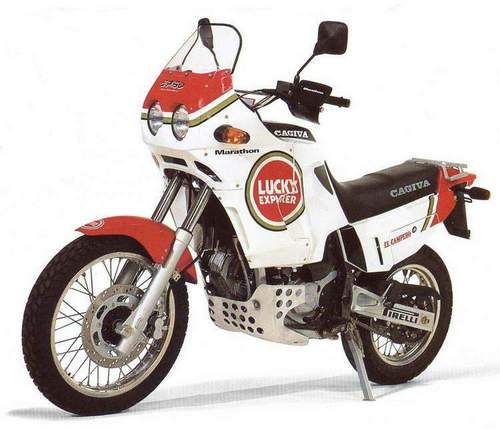 It’s only a rumour, but it’s one based on  an interview with the paper, Varese News. And it could be one of the most exciting bits of news for the Adventure bike market since BMW announced it was thinking about building something called the GS.

In the interview, MV Agusta Vice President, Giorgio Girelli says that the Italian brand is thinking about bringing back Cagiva with the support of Mercedes-AMG and that one of the bikes they are seriously studying the fiscal viability of is the Elefant – an iconic, full-on big bore Adventure bike from the 1990s (that’s the bike in the picture).

It makes sense, currently MV make around 8,500 engines a year but the brand would struggle to fit into the sharper-end of the lucrative Adventure bike market whereas Cagiva has a rich heritage in the sector thanks to the Elefant.

If the project is greenlit then expect the first prototypes to appear very quickly, likely to deliver a full-on prototype at EICMA at the end of the year.

Want to see a new, 1000cc Cagiva Elefant enter the hardcore Adventure segment? Let us know what you think.