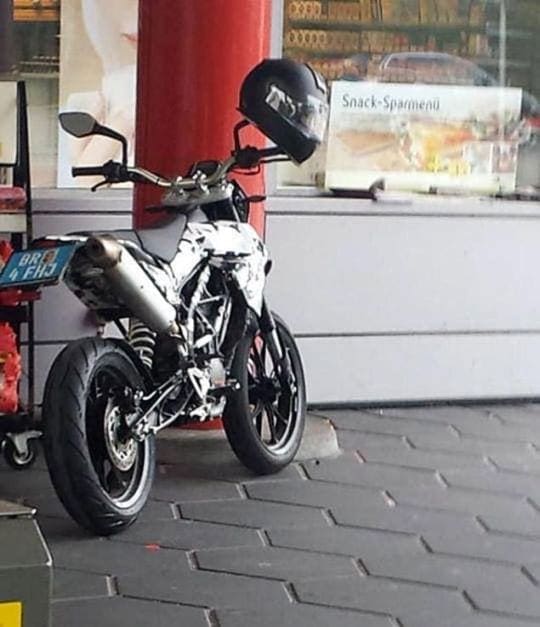 So here’s what we know so far.

Two bikes, both using KTM’s 374cc, 43bhp, single-cylinder motor have been shipped from Austria (where KTM is based) to its plant in India.

The bikes are using the codename KT22-CBU and according to the documents, have sequential engine and frame numbers and are described as being ‘for R&D purposes’.

For years there has been rumour that KTM were going to take the Duke 390 model and build a small Adventure bike or big, on-road-able Enduro around the motor and chassis. In December 2013 the picture above surfaced showing a Duke 390 supermoto which was the donor bike but with longer-travel suspension and higher seat. Since then the trail has gone cold on the idea of a KTM mini Adventure bike – until now.

What do you reckon? Is this enough of an idea for a good-selling mini Adventure here in the UK or is KTM building this just for the Indian market?