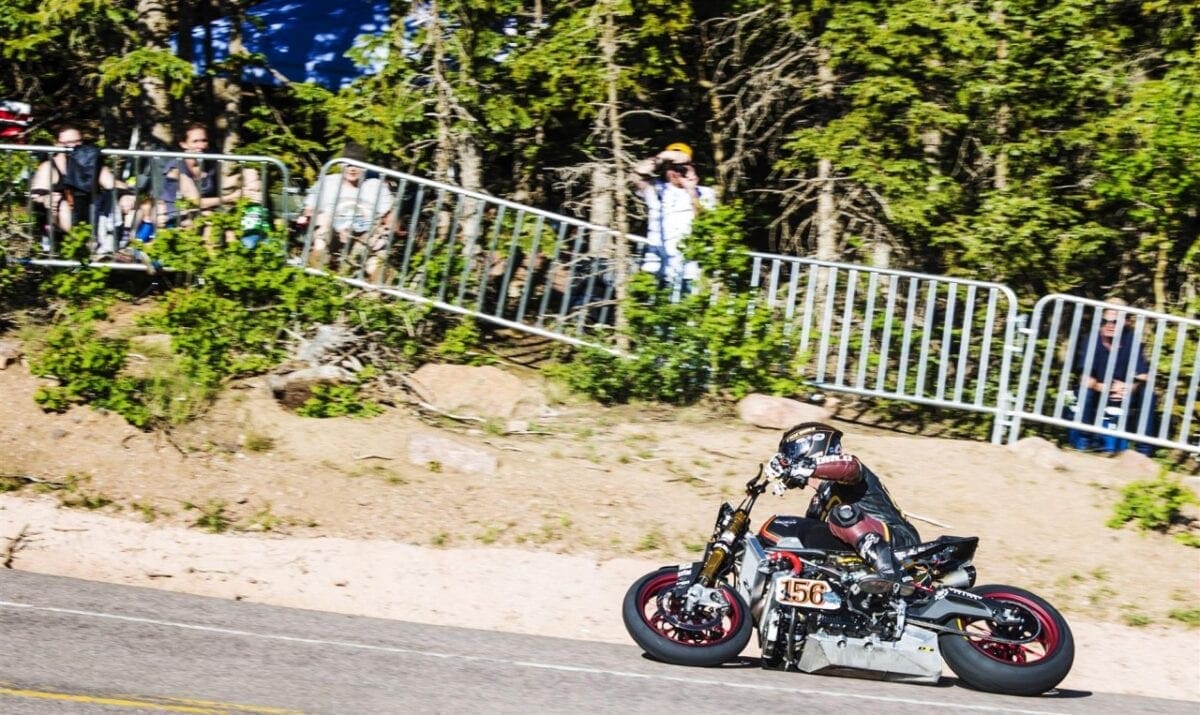 Victory Racing’s Project 156, ridden by journalist Don Canet, crashed in the second section of the mountain course and stopped running less than two miles from the summit of the Pikes Peak’s finish line last weekend.

Canet had qualified first in the Exhibition Class a few days before the race and was buoyed by qualifying fourth overall. Early on in the race, Don was posting speeds on Project 156 that were putting him in the running for an overall podium finish until he touched the slippery white paint in section two’s Brown Bush corner, one of the tightest corners out of the 156 turns, resulting in a minor lowside that would cause issues later in the run.

Don was rolling again in 23 seconds and resumed his fast pace. In the third section he was back on race pace posting the fifth fastest split time overall. Alas, it was not meant to be and he had to retire in the fourth and final section of the course around 13,000ft elevation.

Canet said: “I was off to a strong start and competitive with the fastest bikes on the mountain. My disappointment is more for the team and how much work they put into Project 156 from the very beginning. The bike was working really well despite being a prototype and being rebuilt after the crash a few weeks ago. To go fast here you have to ride outside the paint lines and I got caught out crossing over one. I never let go of the handlebars and got right back up again but unfortunately the bike stopped running in the last section. Overall, I’m really proud of the team’s effort.” 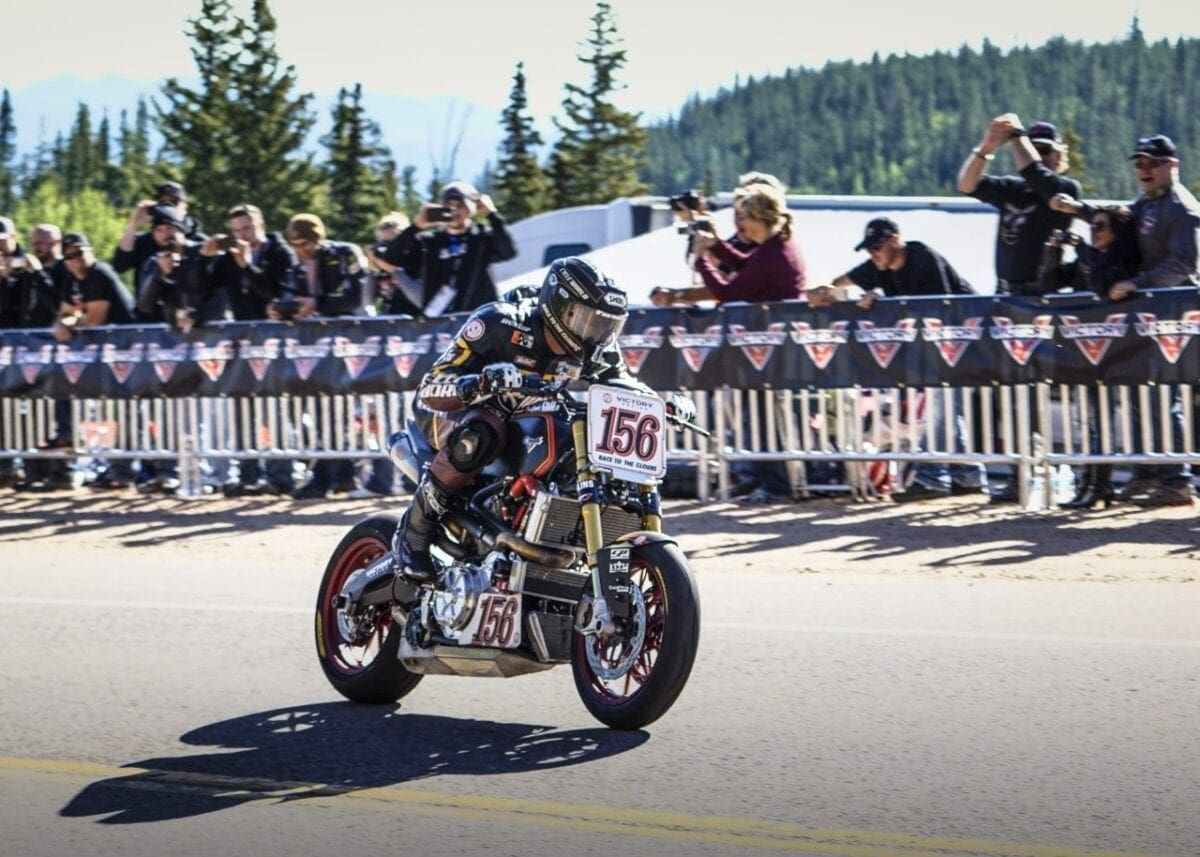 Victory Motorcycles General Manager Rod Krois said: “The Victory team didn’t shy away from the challenge of racing Pikes Peak. Racing is the ultimate test for any machine and on the back of a podium at the Isle of Man TT a few weeks ago we were hoping for a strong result with Project 156 as well. We know that Don and the team were pushing hard to take a position on the overall podium and we absolutely support their commitment to racing as hard as possible at Pikes Peak this year.”

“We committed to racing a prototype Victory engine in one of the toughest ways possible, and we succeeded in showing how strong an engineering team we have at Victory Motorcycles to develop a competitive motor in such a short time,” said Polaris Motorcycles Product Director Gary Gray. “We may not have ended up with the result we all wanted today – but I can say that the Project 156 represents the two things that Victory stands for – performance and exhilaration. We got the bike back down to the pits after the race, and were able to fire it up. It looks like the crash may have resulted in an electrical issue that ended this run for Project 156. The team is investigating to find the specific issue, and we want to bring Project 156 back to the race again.” 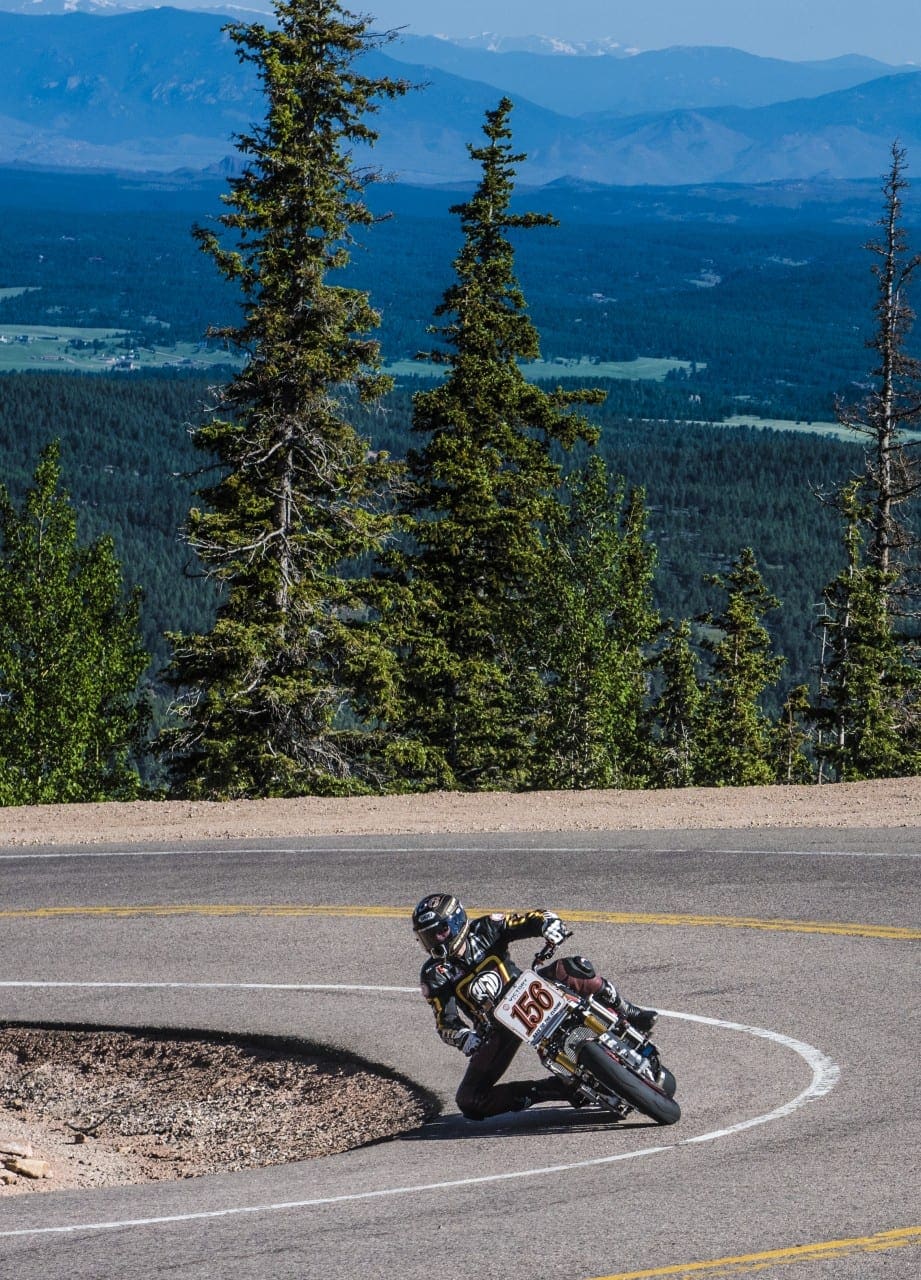