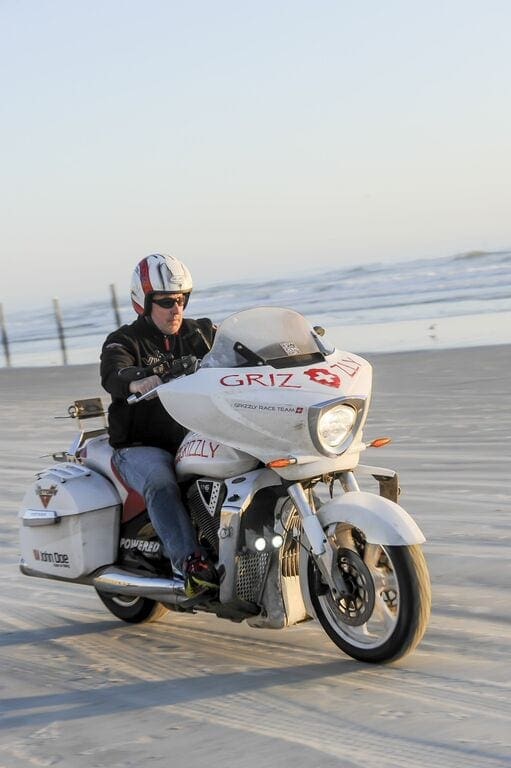 Around the world in under 100 days on a Victory Cross Country.

A Swiss endurance rider is aiming to break the ‘all continents’ world circumnavigation record by motorcycle aboard a Victory Cross Country – the standard record stands at 120 days and two hours.

He will set off on the attempt in February 2016, starting and ending in Zurich. Additional items added to the bike include a 33 litre fuel tank, customised seat with back support and two LED lights for better visibility during night rides.

“I could only scare them away using the sound of my exhaust,” he says.

In 2014 he made an attempt on the world circumnavigation record (held by Kevin and Julia Sanders) and rode with his friend ‘Bulldog’ on two Cross Country motorcycles. Bulldog had an accident just before Berlin and ended up in hospital. Grizzly continued the ride alone and claimed a finish in 16 days, 12 hours and 19 minutes and covering 24,741km. 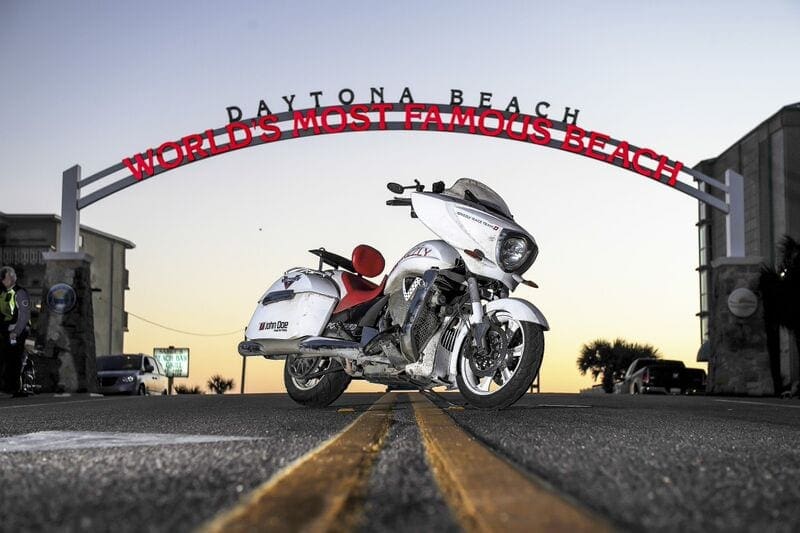