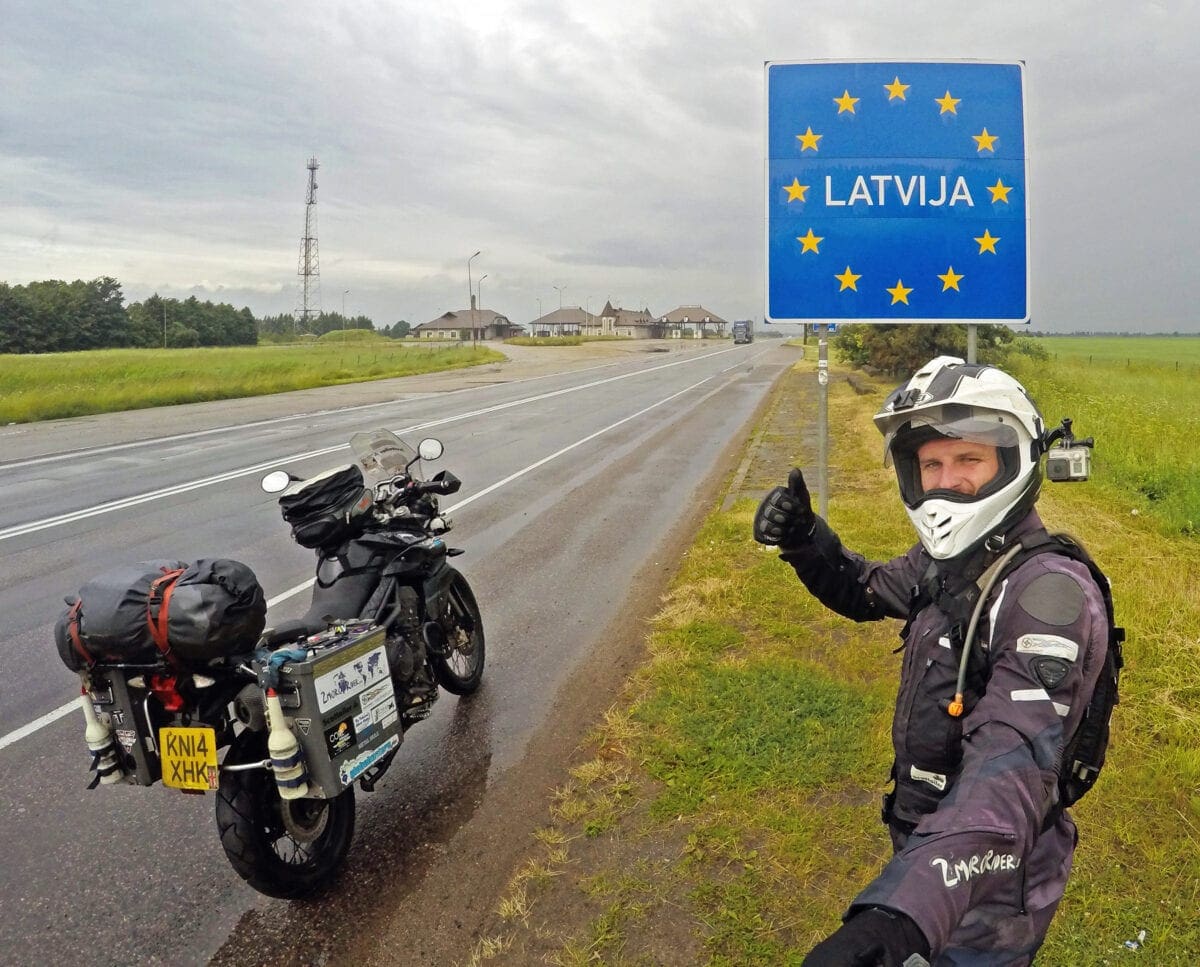 MoreBikes’ Rhys Lawrey has reached Stockholm in Sweden, which is capital number 40 in his bid to set a new Guinness World Record for the most capital cities consecutively visited by motorcycle.

The 23-year old  had already ridden his Triumph Tiger 800XC from London to Thailand, across Australia and New Zealand, through North and South America and, then across Africa, before starting the final European stage of his trip in Spain.

From Spain, Rhys rode to Lisbon in Portugal (the furthest point in Western Europe) and then across the continent to Kiev, Ukraine, the furthest East. Then back through Belarus and up the Baltic coast to Helsinki in Finland, the most northerly point.

He has met many other motorcycle adventurers on his travels, including a couple of riders from New Zealand who were taking the ferry from Turku in Finland to Sweden. 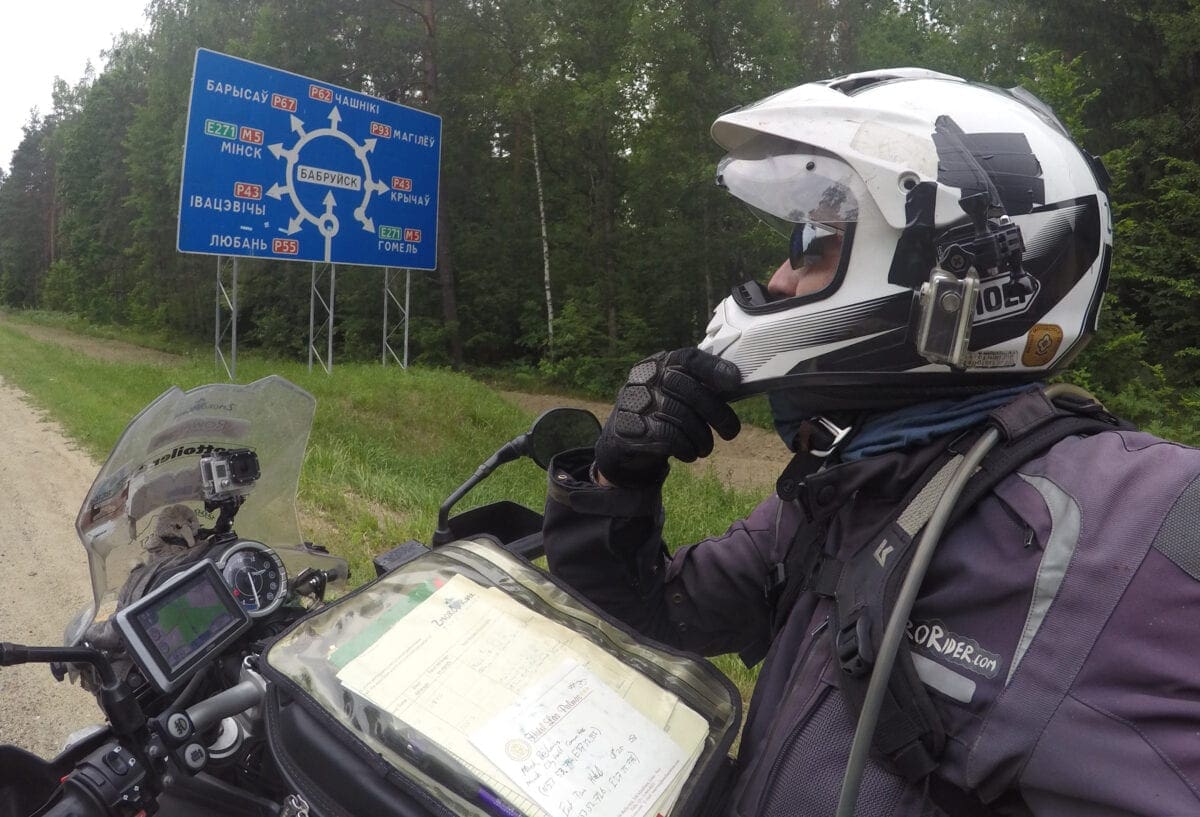 His next target is Oslo, a 530 km (330 mile) ride from Stockholm, during which he may only stop for fuel and borders, under the strict rules of the record attempt.

“It’s a full day’s ride into country number 64, Norway, and capital 41, Oslo” says Rhys. “With the countdown to the end begun, only two weeks till I’m back on UK Soil and just three weeks till the finish line, I am really starting to feel all the emotions!”

He is due to ride into London, his final destination, on 17th July.

Rhys is raising money for The Prince’s Trust, asking for a donation of just £6 per person (one pound for every continent he’s crossed). You can follow his progress and make a donation at www.2mororider.com. 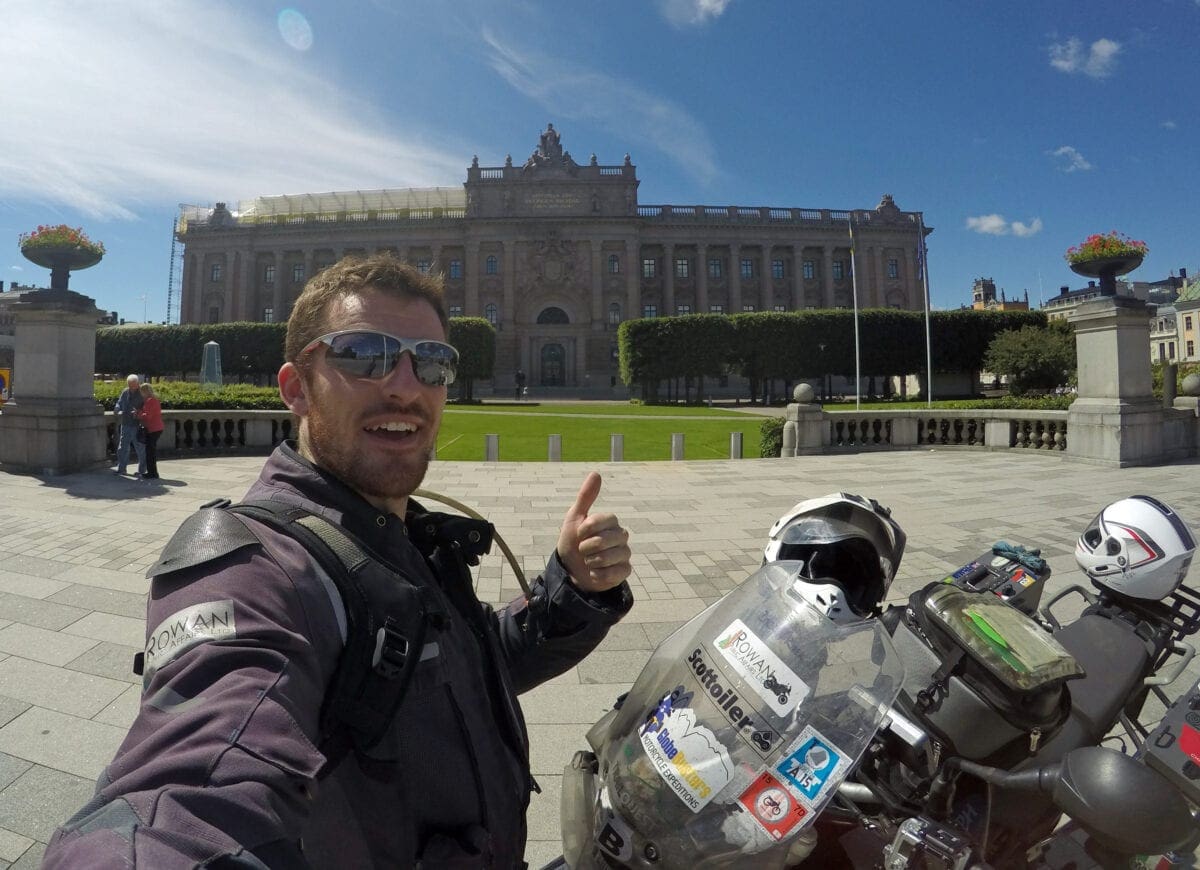