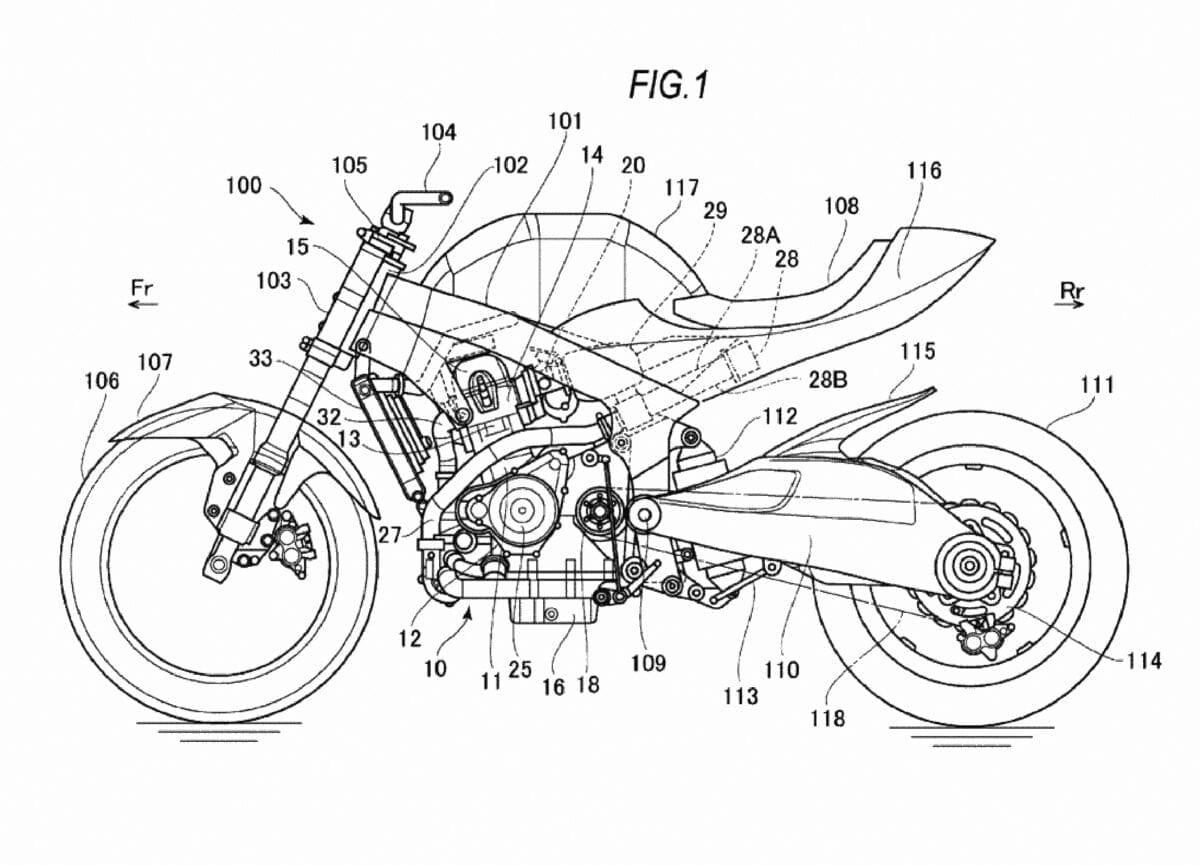 By Leon Rose and Tony Carter

So we’ve now seen the patent drawings published in the States for what is very likely to be the production version of the Recursion Suzuki shown as a concept bike a while back, and now we’ve been sent more patents of similar bike, but this one’s naked and instead of a turbocharger it has a supercharger fitted.

The bike looks the same as the other patent version, but has a more relaxed riding position with the now-familiar single-sided swingarm mated to a long wheelbase. 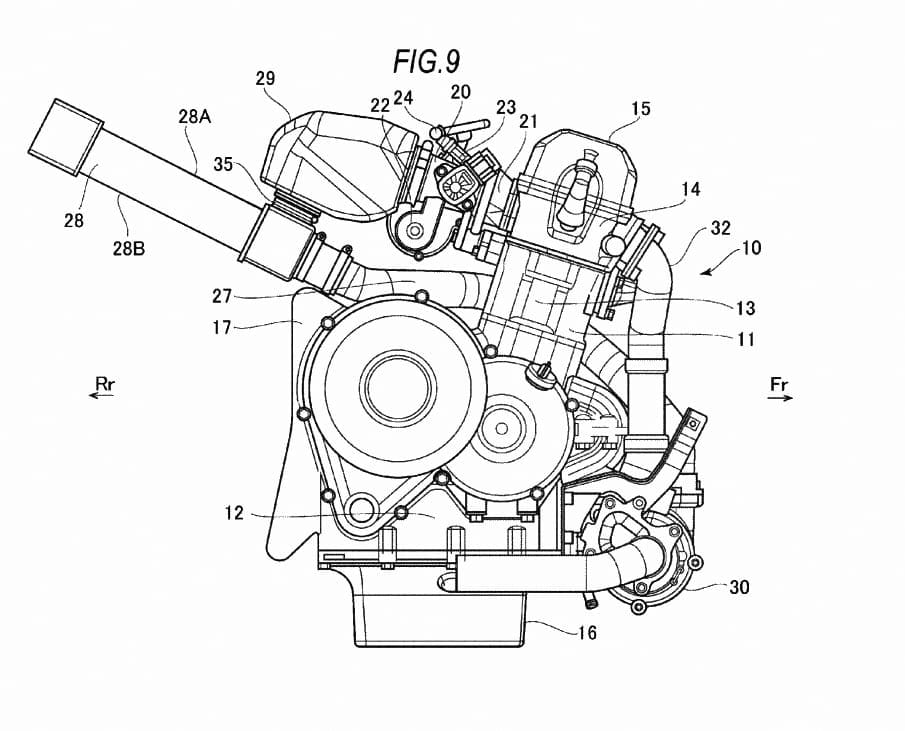 Just as this arrived with us we also had an official quote from Paul de Lusignan, General Manager, Suzuki GB PLC about what we’ve been told around the release of these patents recently by the US patent office. He said: “We have no information on patents filed presently on a new engine with forced induction. However, the Recursion concept machine was presented just over a year ago with similar technology, but there are no immediate plans for a model like this to make production.”

That all seems very fair enough to us. Anyone notice the word ‘immediate’ in there, too? That’s a very non-specific period of time, isn’t it? 2016 model, possibly. Especially since the patents have been granted. 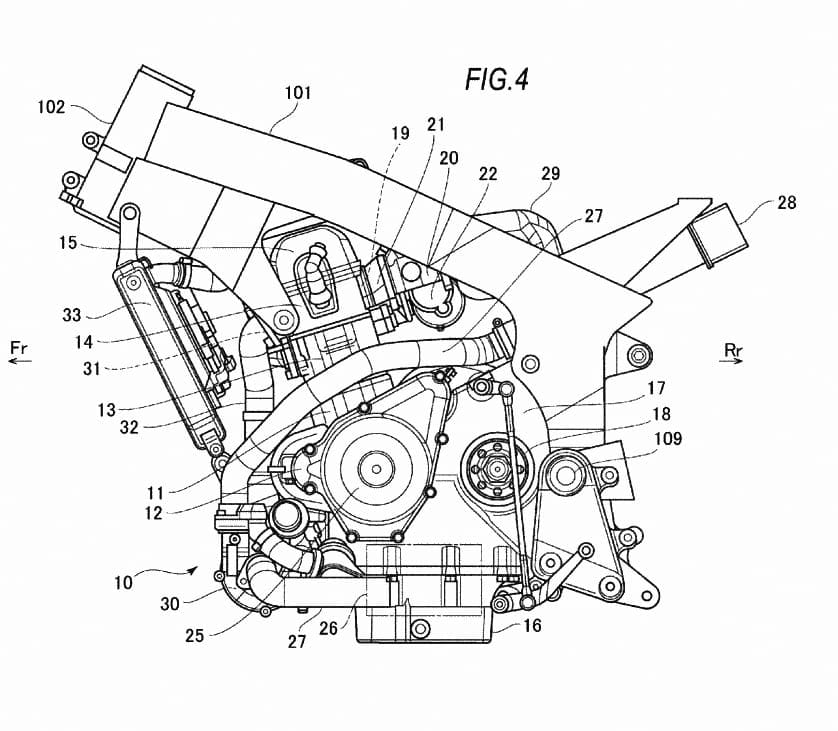