Three old BMWs into one gets you a nitrous hound 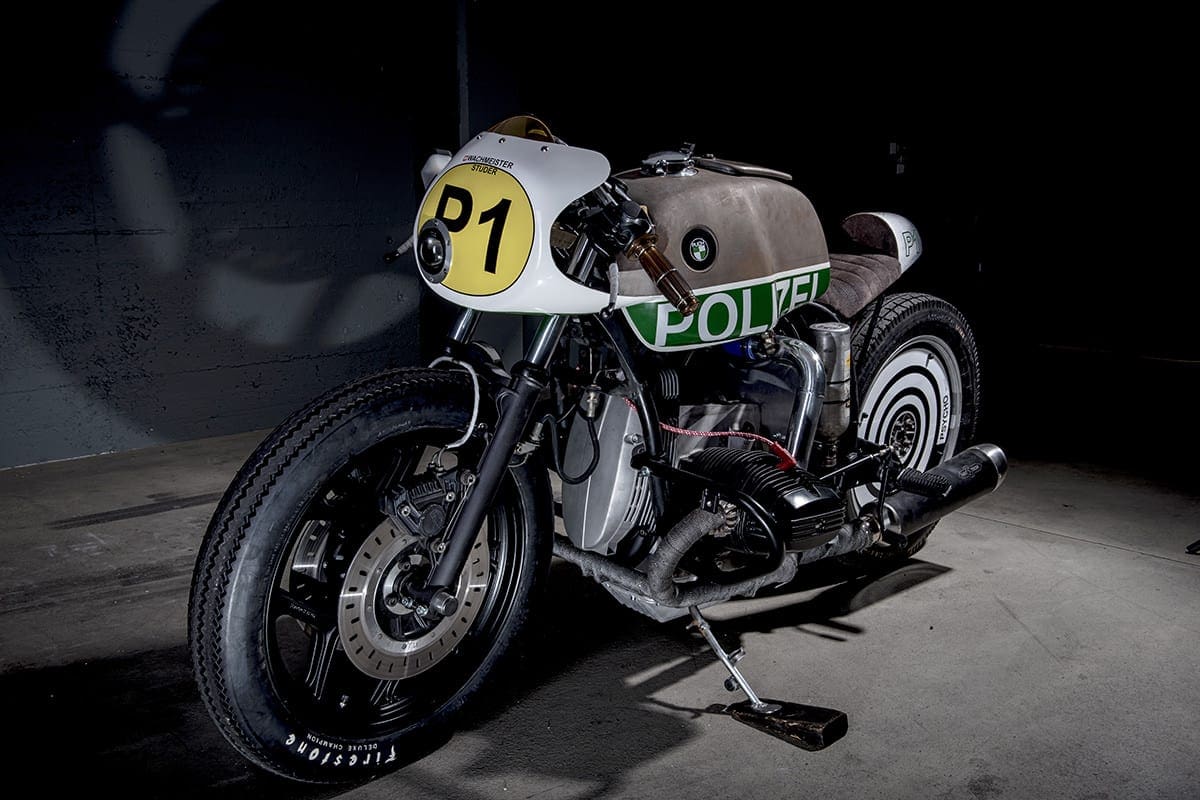 We love this bike, as much for what it was (and now is) as for how funky it has ended up. 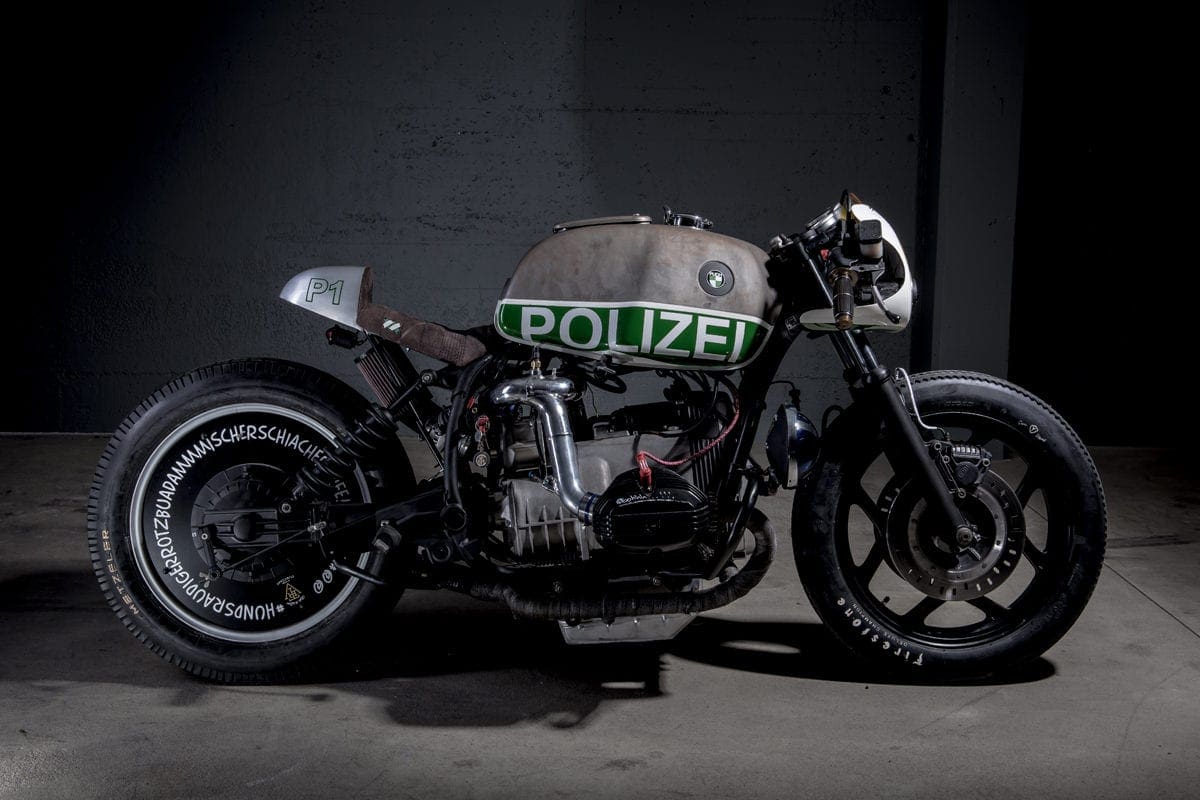 The bike still carried its original blue light but that’s the only concession to what it once was. It’s been put together by Daniel Weidmann of VTR Customs in Switzerland – VTR Customs is a very left-field band of custom bike builders that are holed up in the basement of a mainstream Swiss BMW dealer called Stucki 2Rad. 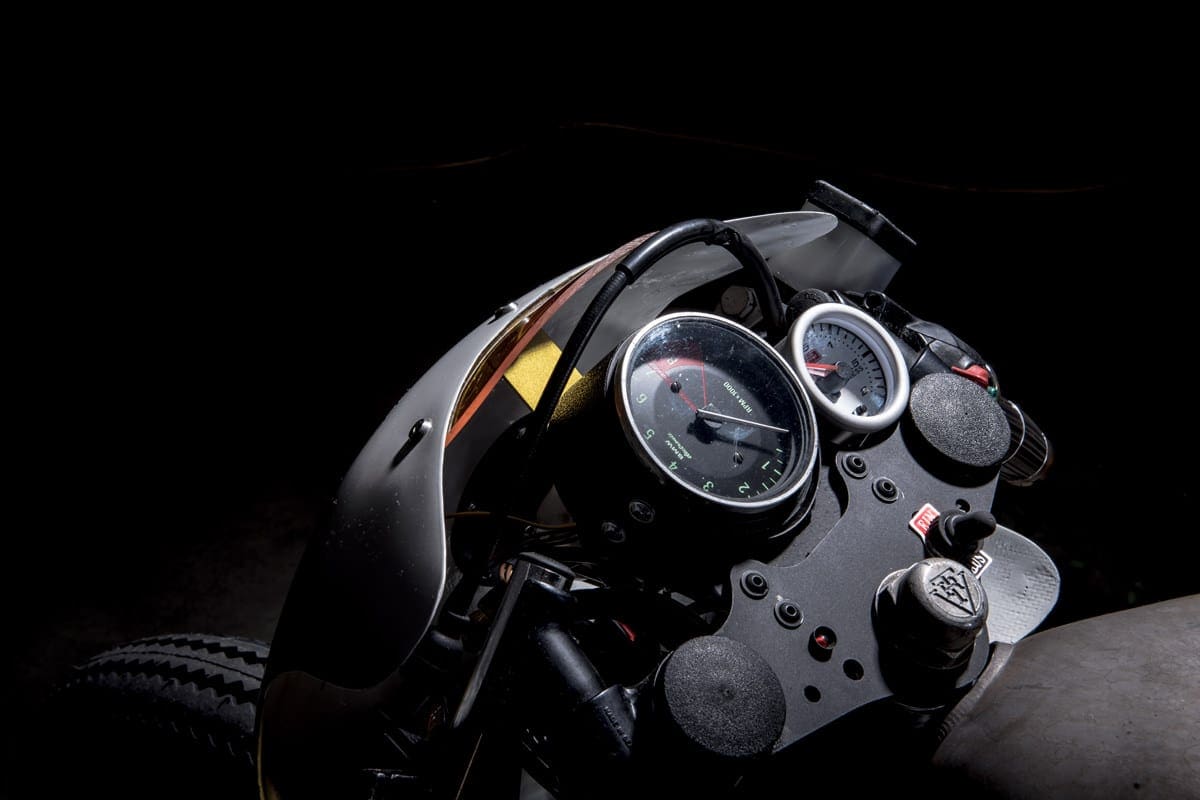 It took three R80 RT patrol bikes formerly from the Italian-speaking side of the Swiss Police Force to be cobbled together to make this singular motorcycle. The original twin carbs have been swapped for a homemade injection system. there’s a new ECU  controlling the fuelling and power with a handlebar-mounted switch to change power maps as the rider wants. 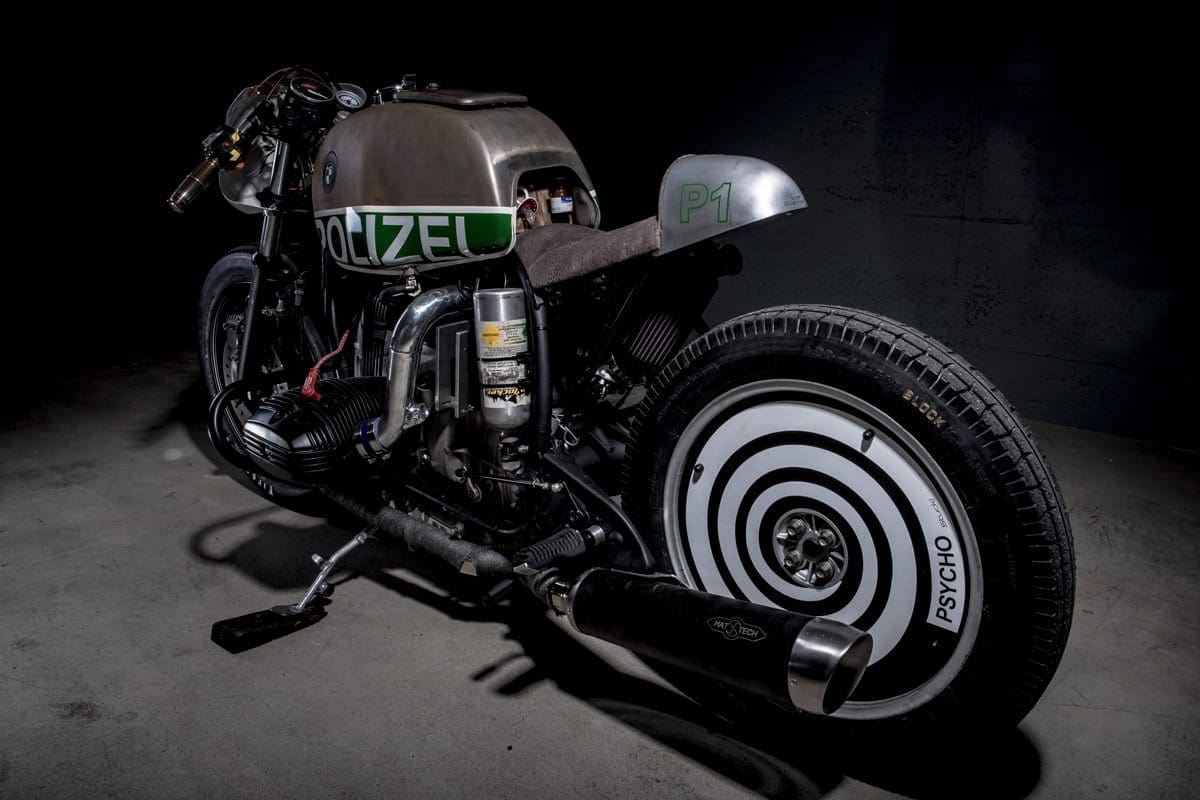 To boost power further is a Rotrex supercharger – a belt-driven charger that is fed from the former alternator system.

And as if that’s not enough, there’s also a compact nitrous oxide injection system fitted – giving away this bikes drag-racing aspirations. 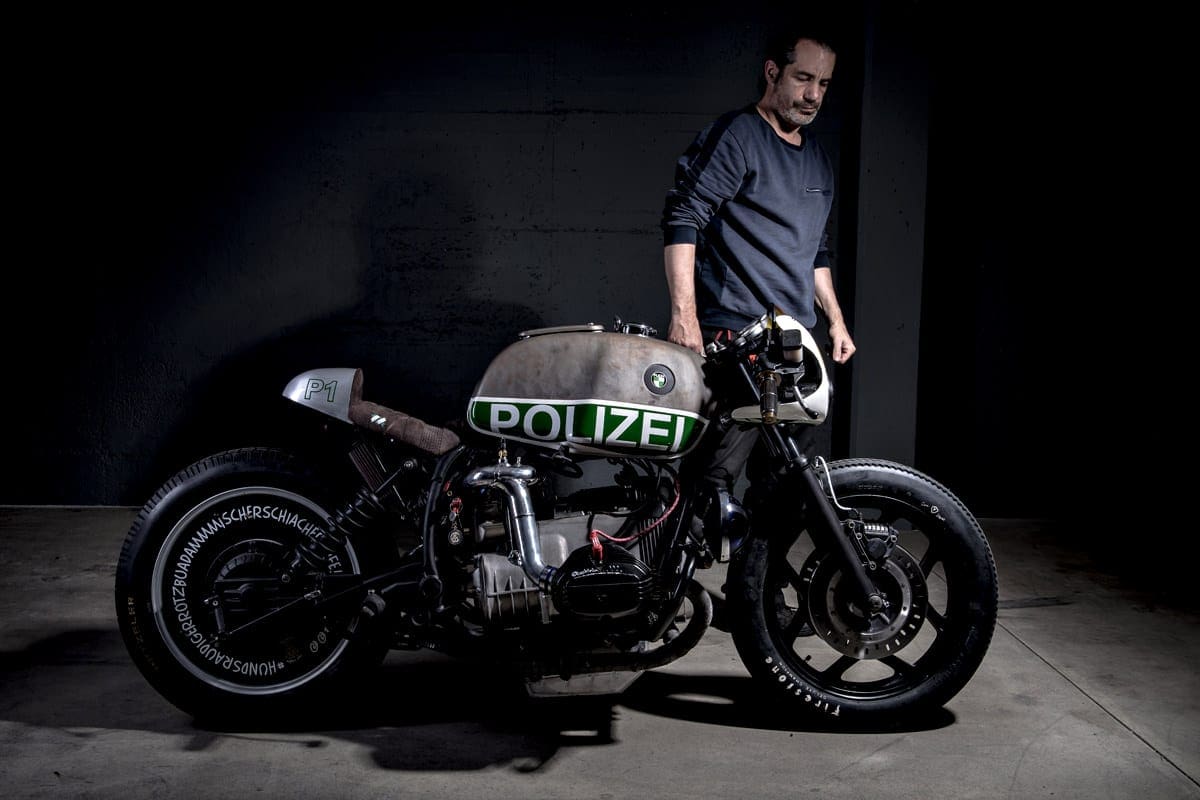