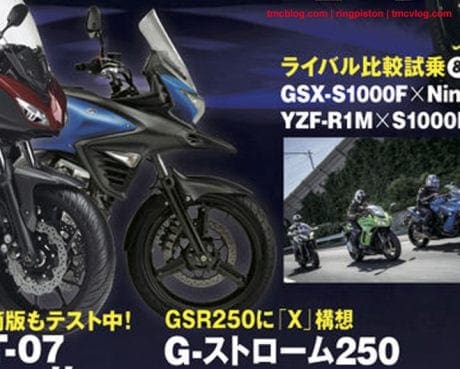 More rumours from Japan about Suzuki’s 2016 line-up and this time they have the big blue company firing a 250 version of its V-Strom into the mix.

Basically, the bike is the current Inazuma 250, using the same 248cc, liquid-cooled parallel-twin motor that kicks out 24.6bhp. The G-Strom 250 (as the Japanese journos are calling it, the official name apparently, at the moment is GSR250) shares a lot of styling points with its bigger 650 and 1000cc siblings.

The bike is claimed to be part of Suzuki’s line up for next year and if it does appear then it’s likely to be around the £4k mark.