AMA do turnaround on Bonneville Land Speed course – now it’s back on! 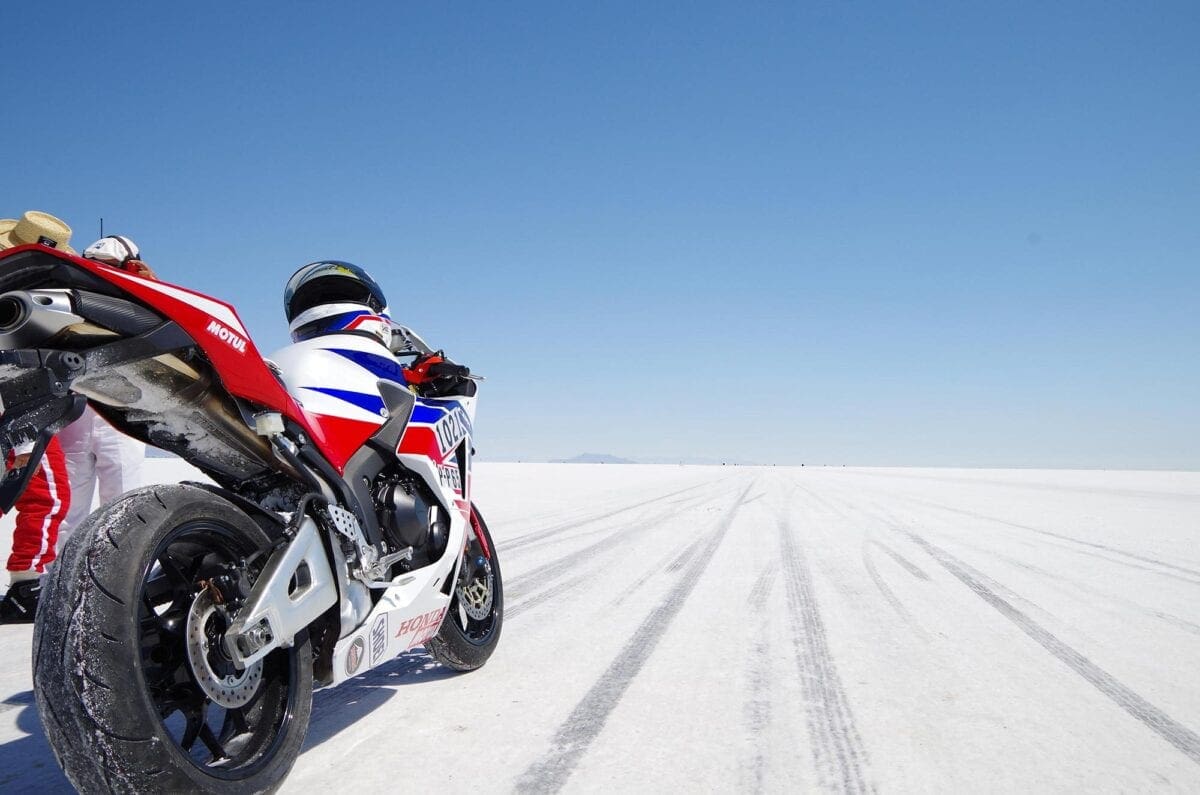 Last month, the famous Bonneville Speed Week was cancelled because of the condition of the salt.

An official announcement from SCTA (Southern California Timing Association) on July 22 from President Bill Latin and the BNI Chairman Roy Creel who inspected the course said that they had found that the salt was not in good enough state to stand up to speed record attempts. The event was promptly cancelled for the second year running.

Yesterday, the story took a severe turnabout with the American Motorcycle Association (AMA) saying that its Speed Trials event has found a suitable course now for its motorcycle-only land-speed racers.

According to one report, the Land Speed course – set to run August 29th through to September 3rd – as of right now is a tentative ‘go’.

From the AMA’s statement on the matter, the organization is ‘cautiously optimistic’ – saying that the event planners have identified potential course locations that will support breaking records.

As such, the Speed Trials will be held in the western sector of the salt flats, rather than in the more traditional eastern sector. But any more rain on the course could see the whole thing wiped out. Talk about your up and down story…

What does this mean for Guy Martin’s Triumph Stremaliner Land Speed record attempt? Who knows, a broken back at the Dundrod 150 is likely to have seriously slowed things down for the Lincolnshire lad, and the weather might (or might not) have done for the job completely. We’ll let you know when we know – which will be when they in the AMA now themselves, for sure.