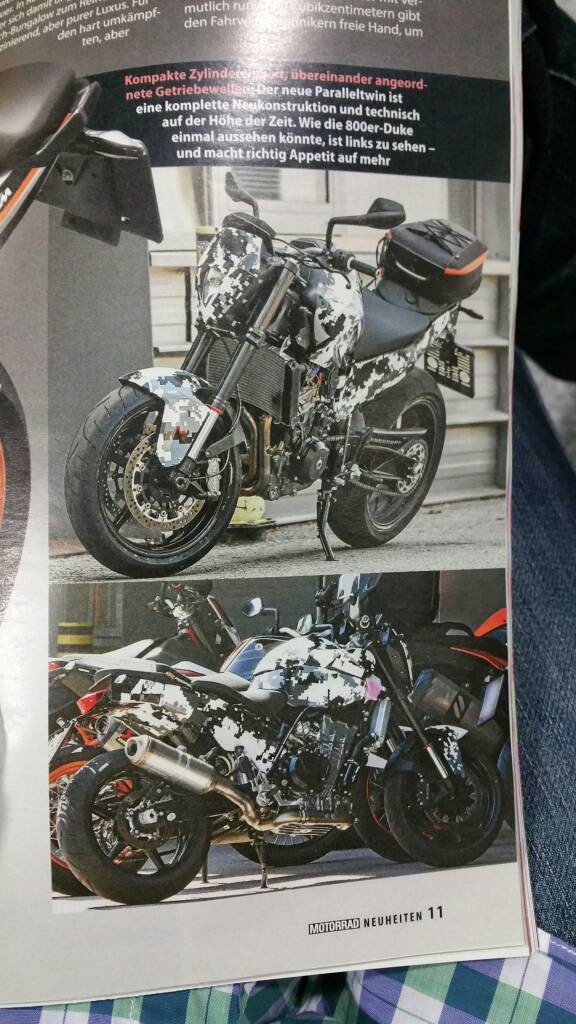 Oh wow, pictures have surfaced in the German magazine Motorrad (and here’s the page, sent to us by a good German friend) of the 2016 KTM Duke 800.

Earlier this year we heard Stefan Pierer, KTM CEO and President, hint towards two new KTM models and this is the first of them – there is a 500also on it’s way too.

With the engine likely to be built in India, this bike is now going through final pre-production testing but here’s what we know about the new bike.

It gets dual front brake discs, revised headlight, proper split seat (useful if you’re into lofting the front end) and although the bike in the pictures had a double-sided swingarm we’ve been told that the finished bike is very likely to have a single-sided swinger fitted.

The motor is an all-new 800cc parallel twin and the exhaust will be as clunky as it looks in the pics – no under-belly short exhaust like on the 390 already in the range.

Expect these bikes in the 2016 range, as soon as we hear something on the 500 we’ll shout about it.