Check this out – the first trailer and interview for the new Evel Knievel film, Being Evel.

Out now across various On Demand platforms, the movie is a documentary and homage to the world’s greatest ever stuntman and self-promoter.

Made by Jackass star Johnny Knoxville the film looks at all aspects of Knievel’s career and how it fitted in with the America of the time.

The Rolling Stone interview with Knoxville touches on why the film prankster wanted to make the film and how Knievel was such a massive influence on him growing  up.

We can’t wait to see this. Knievel was King. Yeah, he was. 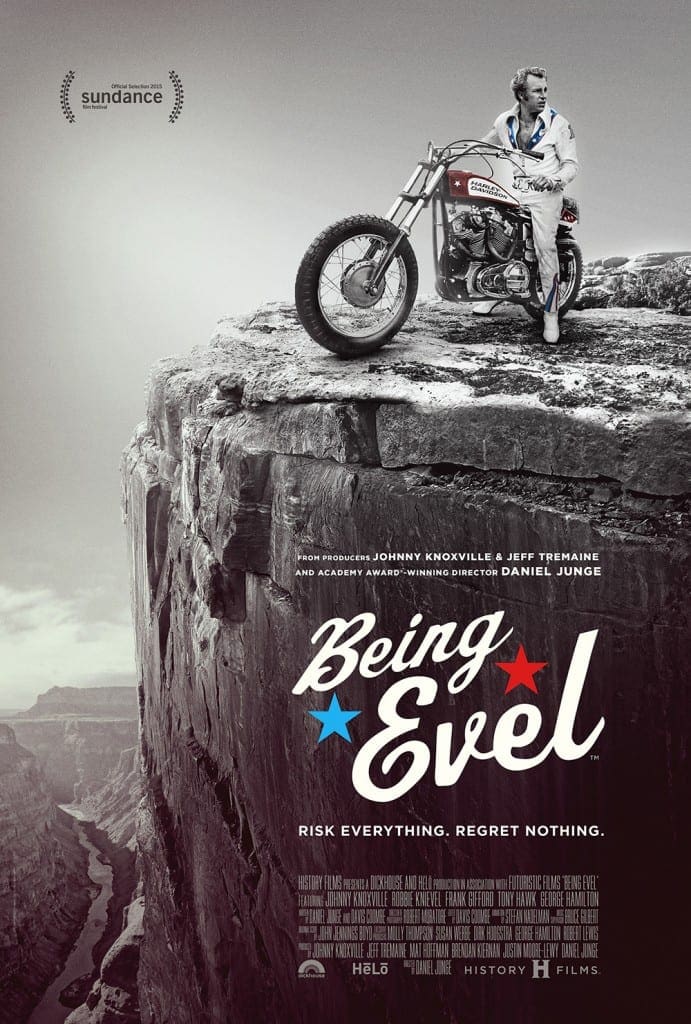 The following is a six minute documentary exploring the making and inspiration behind “Being Evil,” the feature length documentary about the life of the legendary Evel Knievel. Inside “Being Evel” is shot on the red carpet of the “Being Evel”‘ premiere in Los Angeles, CA on August 19th 2015. The piece discusses the inspiration that those interviewed gained from Evel growing up, the life of the complicated icon, the dynamics among the Jackass guys, and a tour of Evel’s private trailer that he would travel in.
Interviews include Johnny Knoxville, Jeff Tremaine, Mat Hoffman, Wee Man, & Dave England.
Video Produced by Shlomotions