“A 1953 Vincent Black Shadow has been found tucked away in a storage cupboard!

The bike was bought by Bob Boardman in 1965 for £125. The Liverpool railwayman attached a sidecar, but his son Rob laid it up in a cupboard in 1969 when Mr Baordman passed away.

Rob passed away this year and the bike was discovered once again, still displaying the 1969 tax disc and with it’s original paint job and just 22,000 miles on the clock.

Specialist auctioneers H and H will sell the Vincent at Imperial War Museum, Duxford on 13th October, where it is expected to make as much as £40,000” 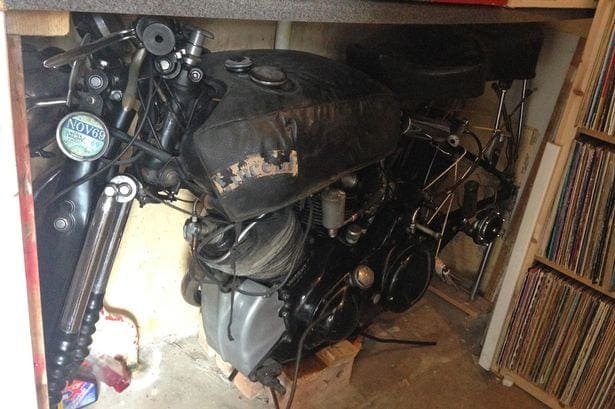