Circuit of Wales boss lashes out

Michael Carrick, head of the Circuit of Wales, has hit back at critics. Following news the Welsh Deputy Minister for Farming & Food is “Mindful to grant” the circuit’s application to deregister common land needed, Carrick took the chance to take critics to task.

The £315 million project has been beset with delays – meaning the first  (and second) years of their 5-year  MotoGP deal are hosted by Silverstone with CoW footing the bill – but Carrick says building work will start before the end of the year with the circuit expected to be ready for 2017. 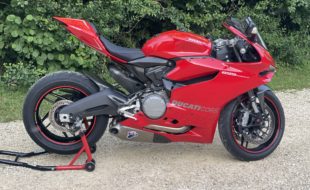