Pictures have emerged of this secret prototype bike – a Yamaha pre-production 150 naked with quality suspension and new chassis parts.

The bike, being called the MT-15, has been spotted going through final road testing programs abroad and looks likely to be part of the Yamaha asian-market rosta for 2016. It seems unlikely that the bike will be available in Europe though.

The main reason for that would be the current success of both the Yamaha MT-125 and YZF-R3 and the few hundred pounds difference between them. What we can see from the images of the new bike is that it has higher-spec forks (upside down units as opposed to the R150’s conventional forks which the naked motorcycle is based on), a new seat unit, new subframe and seriously tweaked bodywork including that very funky whole new headlight set-up. Things like that don’t come cheap in global motorcycling so it’s probable that this new bike would be pitched somewhere between the MT-125 and R3 (but, closer to the R3 price), effectively hurting the sales of both of those bikes in the sector. 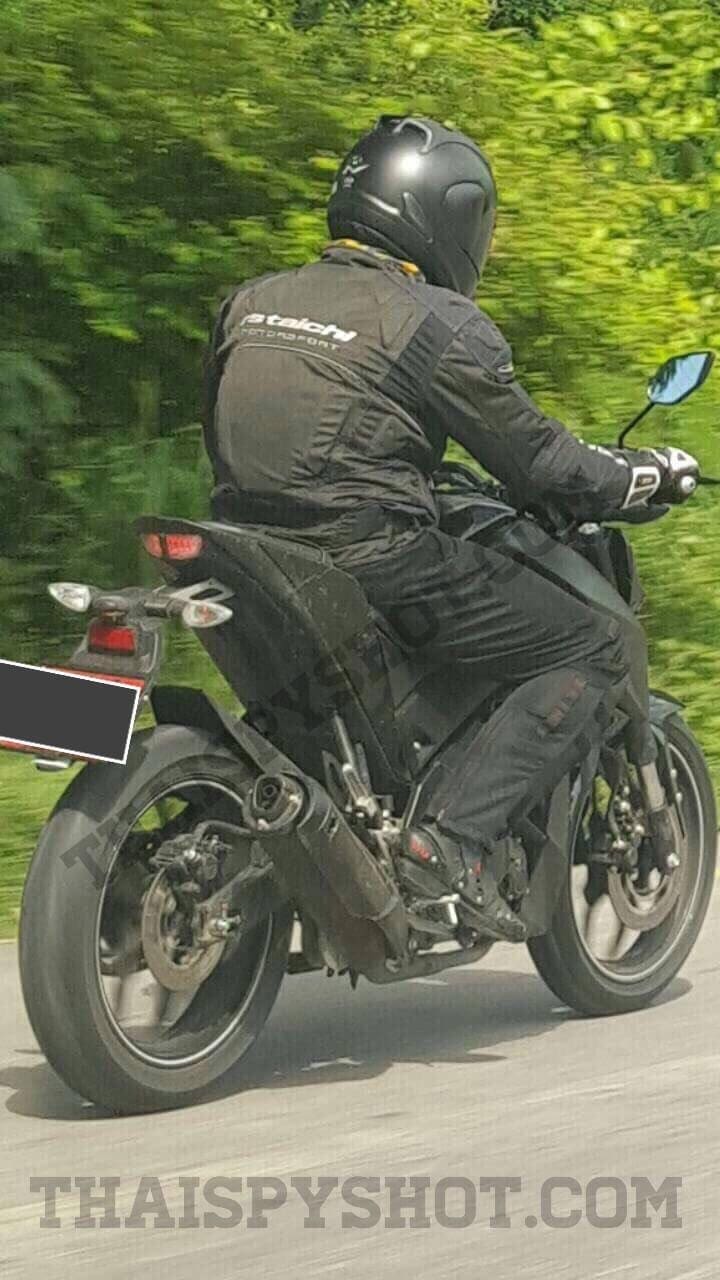 Yamaha is likely to keep this higher-spec bike as solely for the 150cc market in India and emerging markets. That’s a shame because, with this level of suspension and serious-looking attitude this is the first naked 150 that looks like it could take on buyers from the bigger capacities over here.

What do you think? Should Yamaha add this bike into its range for the UK in 2016?