Lowes and Guintoli with Yamaha for WSB return in 2016 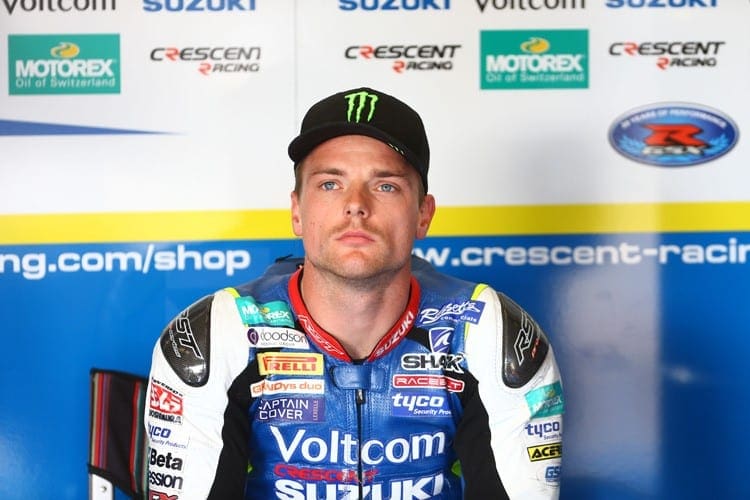 Yamaha has announced that it will return to WSB next year as an official squad being run out of the British Crescent racing base. It has signed battling Brit, 2013 BSB Champion Alex Lowes and 2014 World Superbike champion Sylvain Guintoli to ride the R1 superbike in the championship.

Here’s what Yamaha itself said about the move:

PATA has a proven track record and passion for motorsport with a high profile presence in World Superbike, making them a perfect complement to the partnership of Yamaha and Crescent Racing in 2016.

Frenchman Guintoli has over 15 years experience in racing, with 45 podiums, 10 race wins and, of course, the 2014 world title to his credit – in classes spanning 250cc, MotoGP, British Superbike and World Superbike. While young British rider Lowes took 20 podiums, 8 wins and 6 pole positions on his way to his 2013 British Superbike title. He has also competed with Crescent for the last two seasons so is no stranger to the team or the WSBK series.

Returning to the World Superbike stage for the first time since 2011, Yamaha Motor Europe’s strategy is clear – to make full use of the all-new YZF-R1 to challenge for victory in the premier production Superbike series. Yamaha’s impressive history in the Championship, combined with the stunning base specification of the YZF-R1, offers an unrivalled opportunity to campaign for victory honours.

2009 saw Yamaha take their first World Superbike Championship title, breaking multiple records throughout the season with American rider Ben Spies on board. Iconic riders such as Noriyuki Haga, Troy Corser, James Toseland, Marco Melandri and Cal Crutchlow, among others, have all taken their turns delivering countless victories on the YZF-R1 throughout Yamaha’s Superbike career.

Yamaha Motor Europe will retain responsibility over racing strategy and technical development, as well as the rider agreements with Crescent’s hugely experienced, dedicated, technical and engineering racing personnel running the team’s operation at each of the Championship rounds.

“This is a very exciting moment for us as we eagerly wait to return to the top level of Superbike competition next year after an absence of four years,” commented Yamaha Motor Europe Chief Operating Officer, Eric De Seynes.

“Having re-written the Supersport rule book and changed the game with the new YZF-R1, directly developed from Yamaha MotoGP technology, it was clear we would need to return to the World Superbike Championship to show the full potential of our new Superbike machine. We took one year to grow experience with the new R1 in many other championships where the bike has shown its potential already, with the amazing 8H of Suzuka victory and the very positive results that our official Teams are gathering all around Europe. Now we are ready to be back on the world stage and I am happy we have found in Crescent the same values of professionalism, engineering detail and passion for victory we share.”