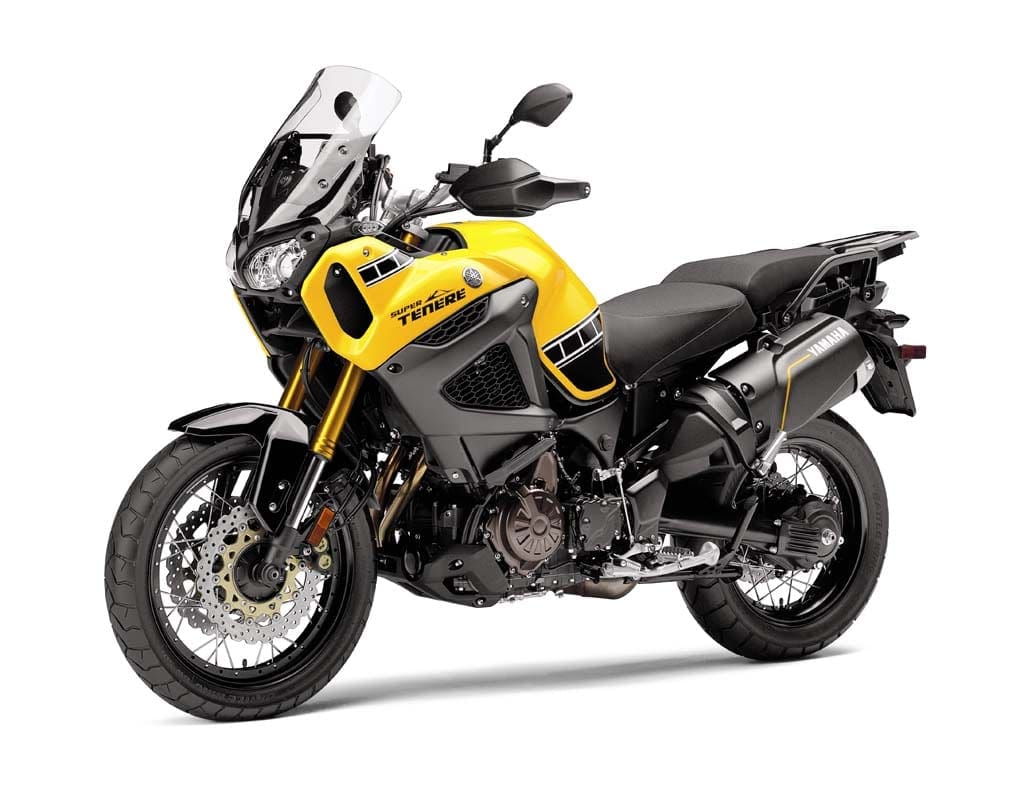 This is pretty sweet, this is the 60th anniversary special ‘North America’ colourscheme on the current Super Tenere Yamaha.

This model in this scheme has so far only been announced as being released in the USA. It might, or might not, be part of the line-up for Europe which will be announced later this year.

We really hope it is included because it looks really good like this. And it’ll be a useful tool to shift Teneres for the firm at a time when rumours of a more serious, MT-09-powered, more hardcore adventure bike (along the lines of the new Africa Twin from Honda) are doing the rounds.

Anyway, for now we know this is happening. And we like the yellow. it works.