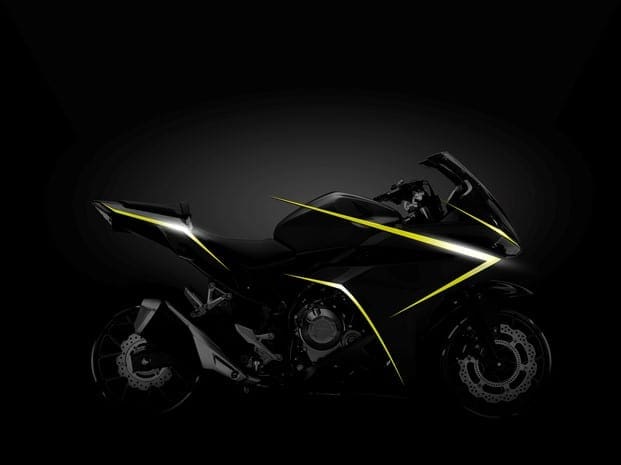 Honda has released details of updates to the CBR500R for 2016.

Here’s what the factory itself has said about the bike, which will be at various motorcycle shows over the next couple of months before joining the firm’s range at the end of the year:

– A complete new look based on a design theme of “Aggressive Speed Shape”. Sharp and edgy character lines flow from its new front face – featuring steeply-angled dual LED lights – through to the upswept tail – also equipped with LED lighting – to give an appearance of speed and purpose.

With this series of upgrades, the 16YM CBR500R is designed to offer the maximum sporty performance, style and presence from a genuine A2 licence-compliant motorcycle.

The 16YM CBR500R will be unveiled to the public for the first time at the American International Motorcycle Expo, which starts in Orlando, Florida on 15th October.