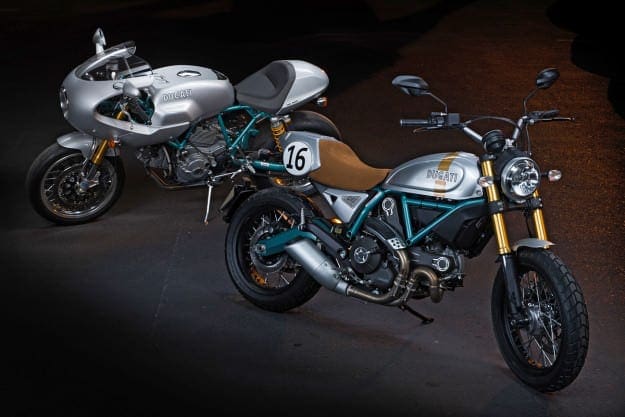 This is a very limited edition Ducati Scrambler special, built to pick up where the Paul Smart SportClassic replica left off.

In fact, when the SportClassic was dropped from Ducati’s range, the Paul Smart theme went with it. So Ducati Thailand’s Managing Director, Apichat Leenutaphong, decided to revive it. 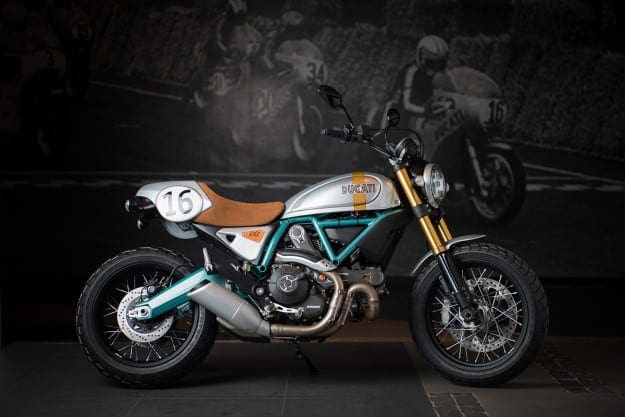 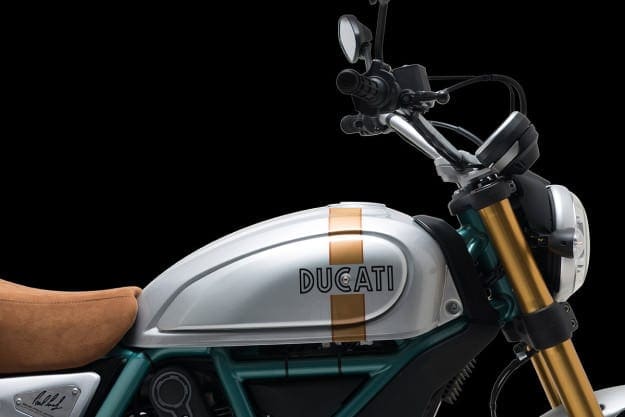 Apichat approached Paul last year with an idea to tweak the Scrambler. The result took 11 months with Paul overseeing the design and production of the Scrambler Paul Smart.

Being a ‘factory’ custom, the changes are mostly cosmetic. The requisite silver paint job is present, with new logo on the tank. And a gold stripe that mimics the translucent fuel level window on the original race bike. 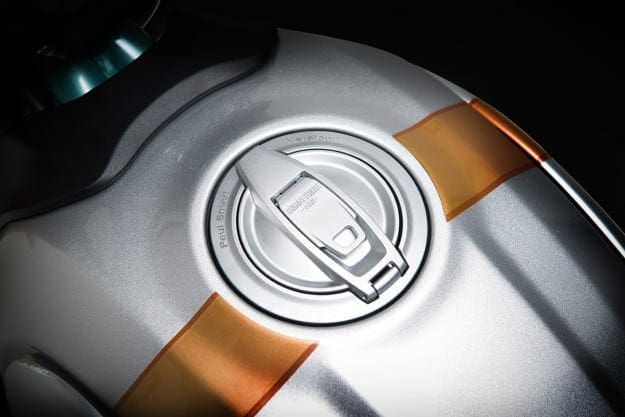 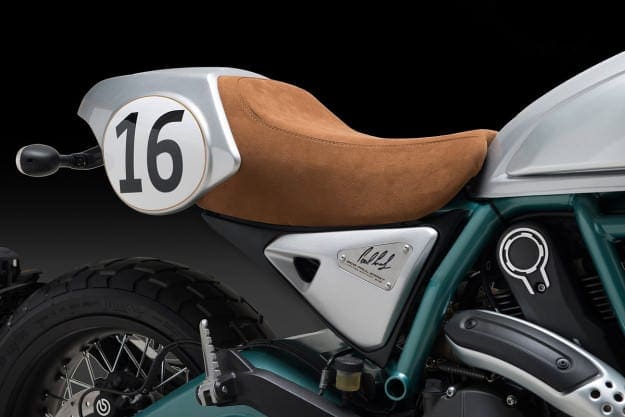 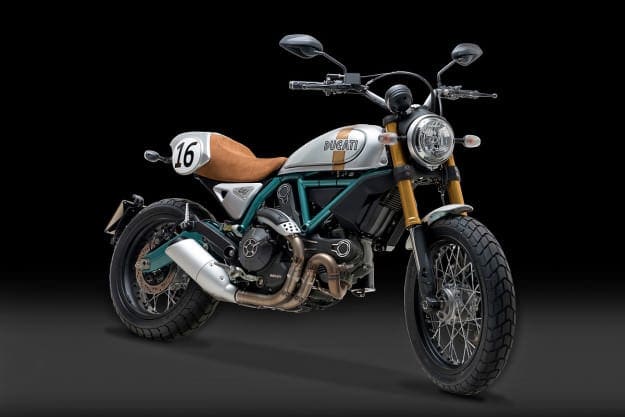 The frame and swingarm have been redone in the distinctive Sea Green colour. And the Scrambler now gets gold anodised fork legs and an aluminum front fender.

The vike also gets a new racy tail section. The Ducati Thailand team modelled it out of clay, and then 3D scanned it. The seat’s been upholstered in brown Alcantara, and the removable cowl gets Paul’s famous 16 race number.

The Scrambler’s right side cover also gets Paul’s signature. Only twenty-four units of the Scrambler Paul Smart have been produced and they’ve already sold out.

It is a pretty thing though. What do you think to it? 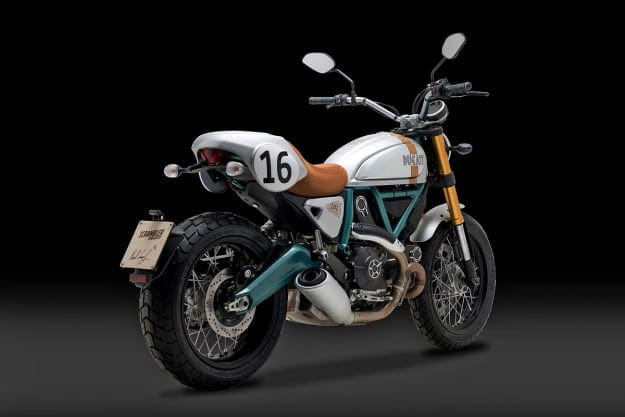 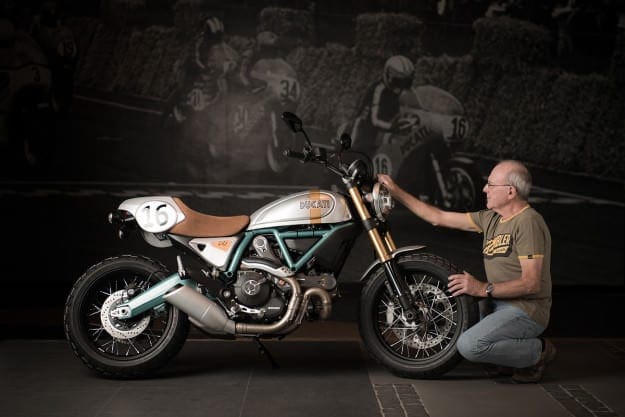