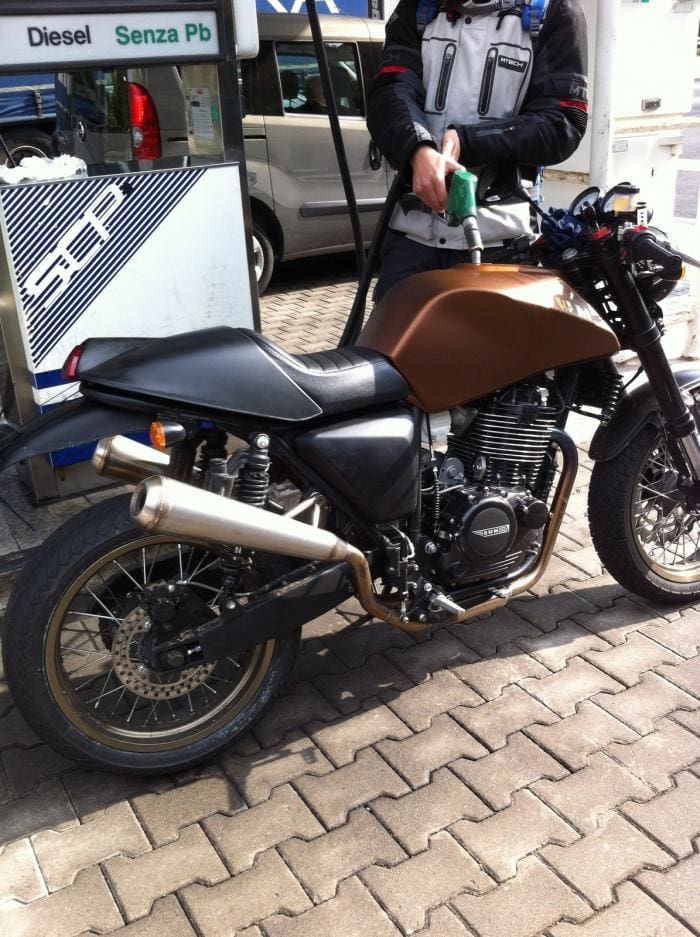 This is the final version of the chinese/italian cafe racer from SWM. The Milan 440 has been snapped during final road tests in as-ready-to-ride trim.

This is a new bike from the firm’s range and whilst no details have yet been released it’s through that this bike will go on sale in Europe at around £4k.

The 440cc bike has kept a lot of it’s concept/prototype styling that we first brought you months ago.

Aside fro the finish on the exhausts and some tweaking around the seat unit, the bike looks pretty much as it did from the first leaked pictures of the clay-model original idea. We like the look of this, what do you think?

Expect this bike to be shown at the EICMA show in November.