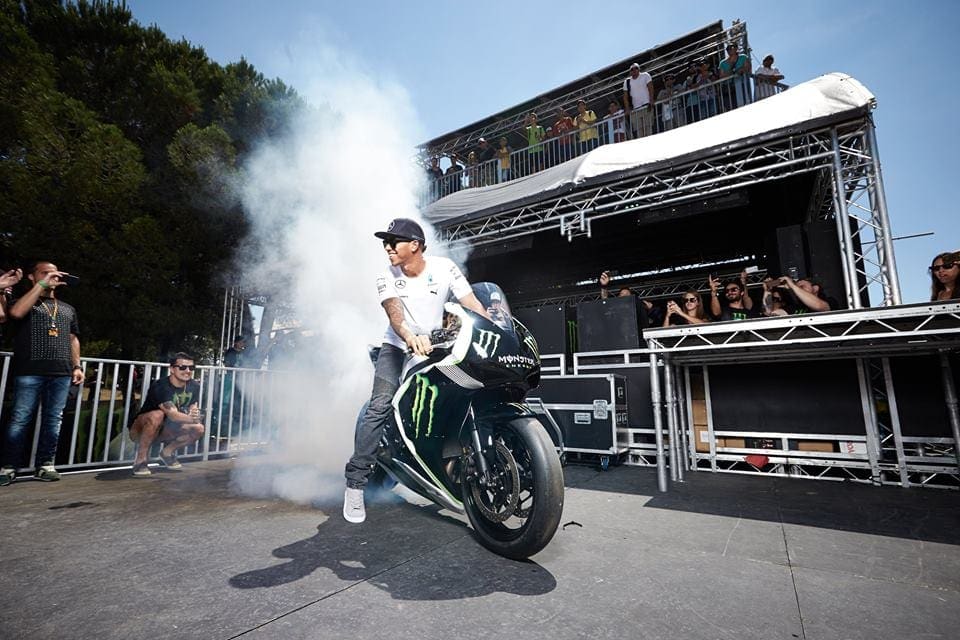 Lewis Hamilton to get own run of MV Agustas named after him – like Senna.

In an announcement on twitter the Brit said that something was coming soon that would involve him and the Italian firm, so that’s going to be a production run of named bikes – possibly a Dragster range. 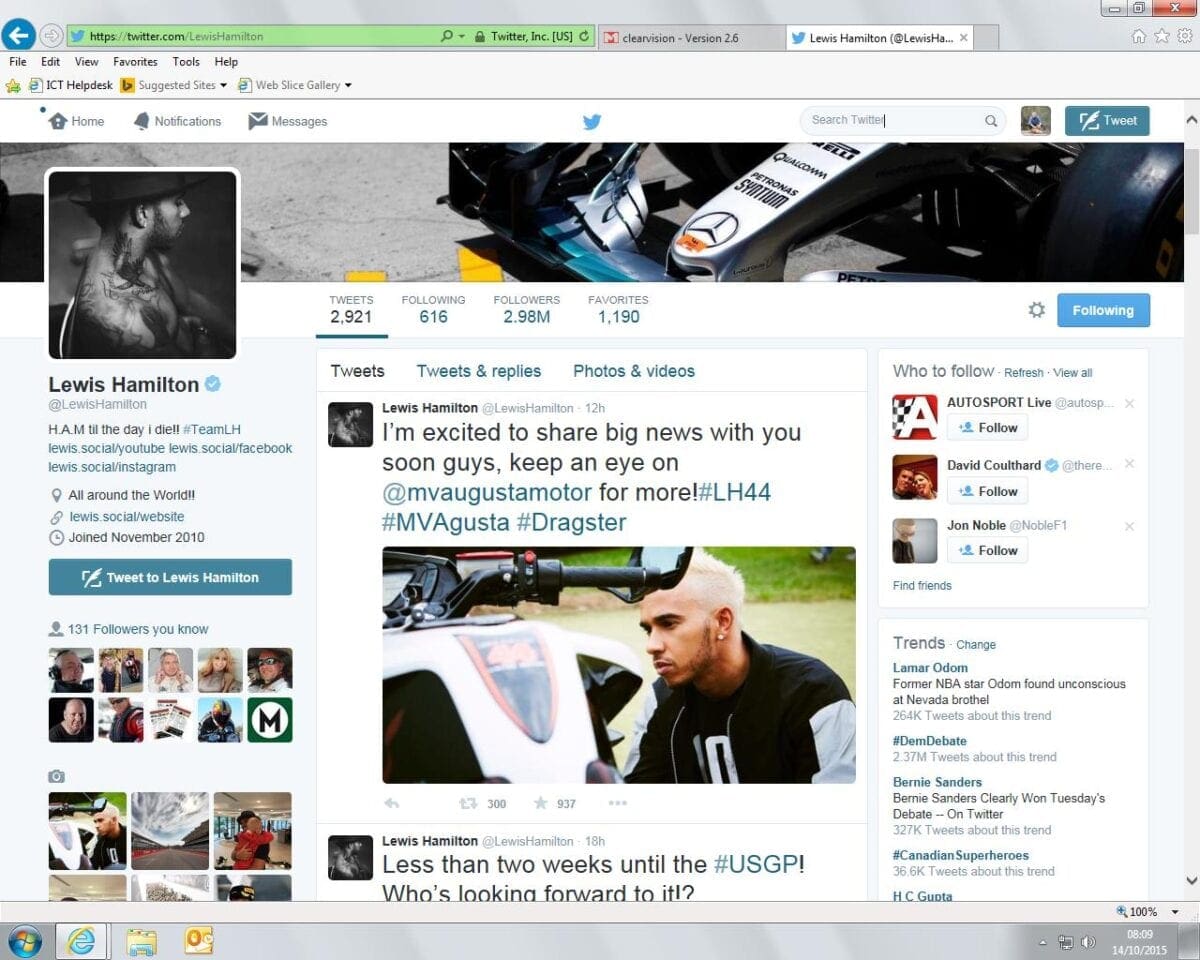 Hamilton has recently equalled his hero Ayrton Senna’s F1 record and is soon to announce his own series of motorcycles with the Italian company, just as the Senna company did in 2002 whan it released the F4 750 Senna.

Hamilton often rides his Dragster RR when in Italy. And here’s some video of him doing just that. Yep, we noticed the no-gloves too…