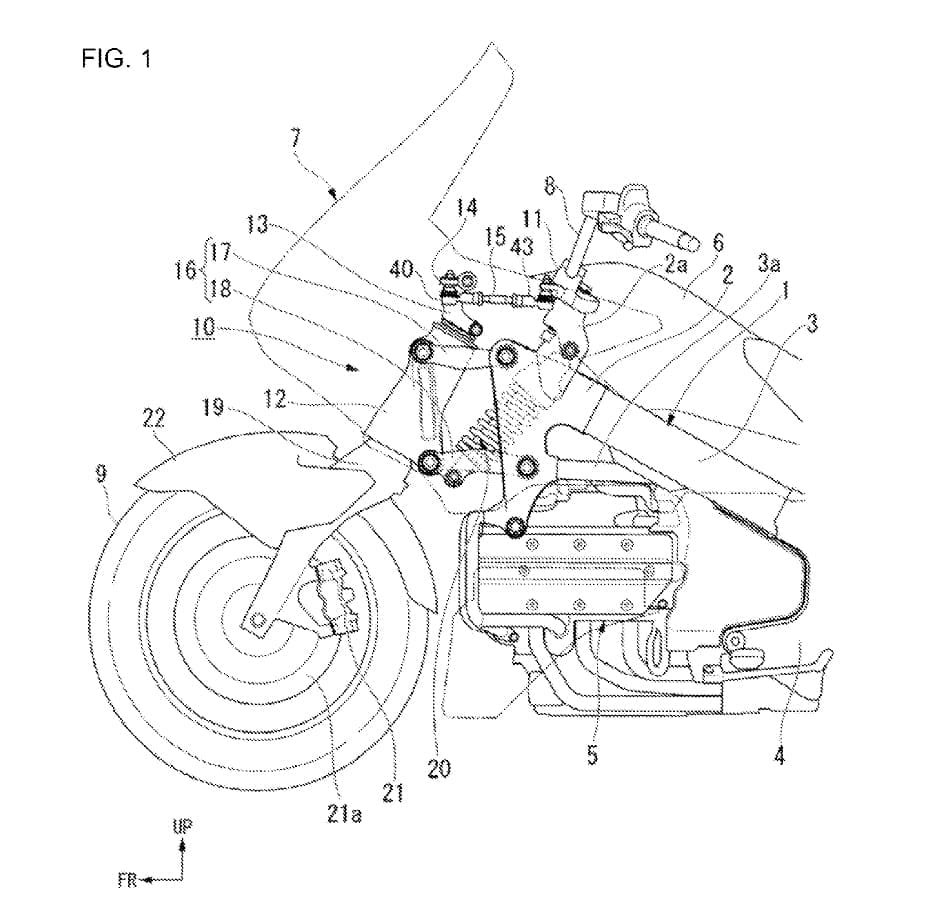 Honda’s Gold Wing is going to get a complete make-over for 2017 and the biggest change is going to be with the front suspension.

We’ve seen the Japanese firm throw out patents for a leading-link suspension system over the past year or so but the latest patents filed by Honda now show the final idea for the new bike, which looks very much like a system already in use on the BMW K1600 called the Duolever. 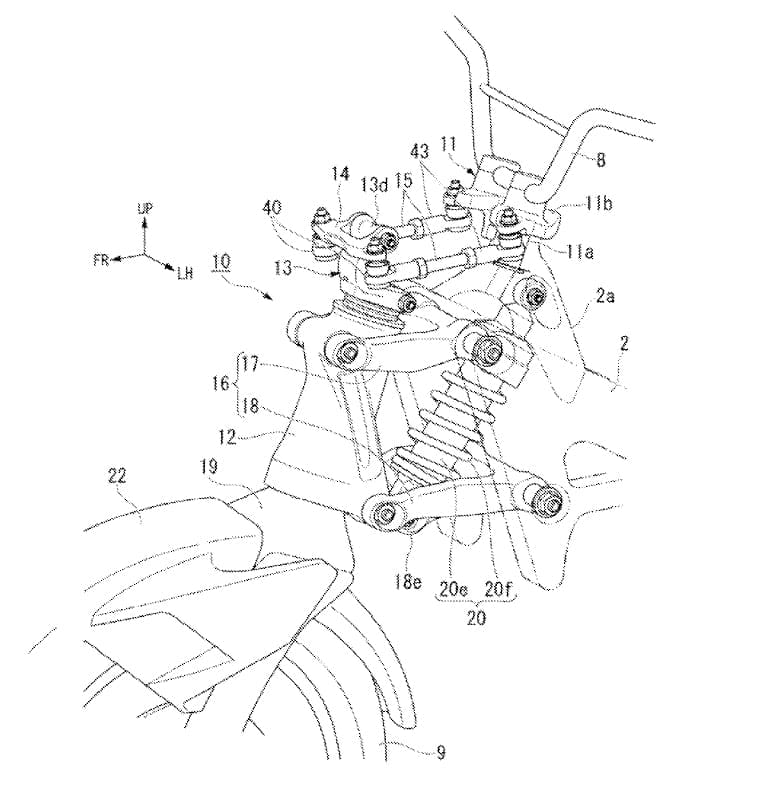 On the Honda, the Duolever-type system uses a single shock mounted under the headstock. Connected to it is a pair of forward-facing wishbones which are rigid – gone are the conventional telescopic forks on the current Wing. 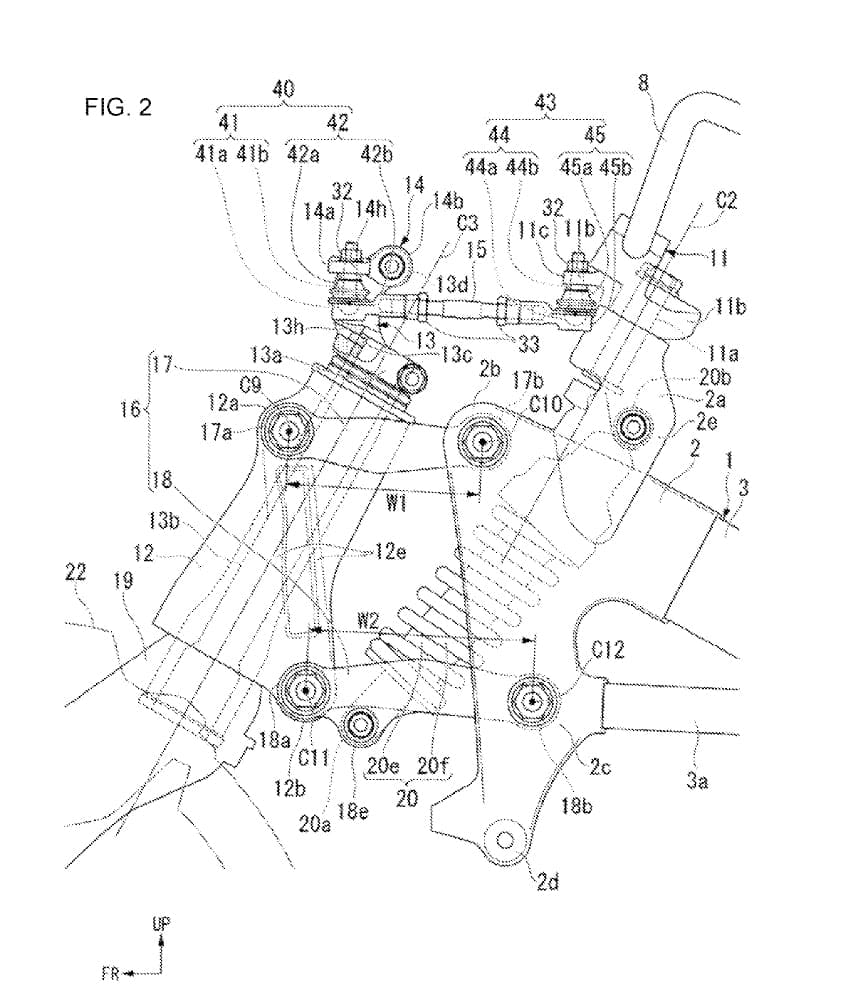 The rigid tubes are bolted directly to a steering stem tube which is formed on the top of the cast aluminium fork and slides into the wishbone top tube.

There’s no denying that the system Honda has filed in the latest patent is incredibly similar to the BMW set-up. Here’s the BMW system currently on the K1600: 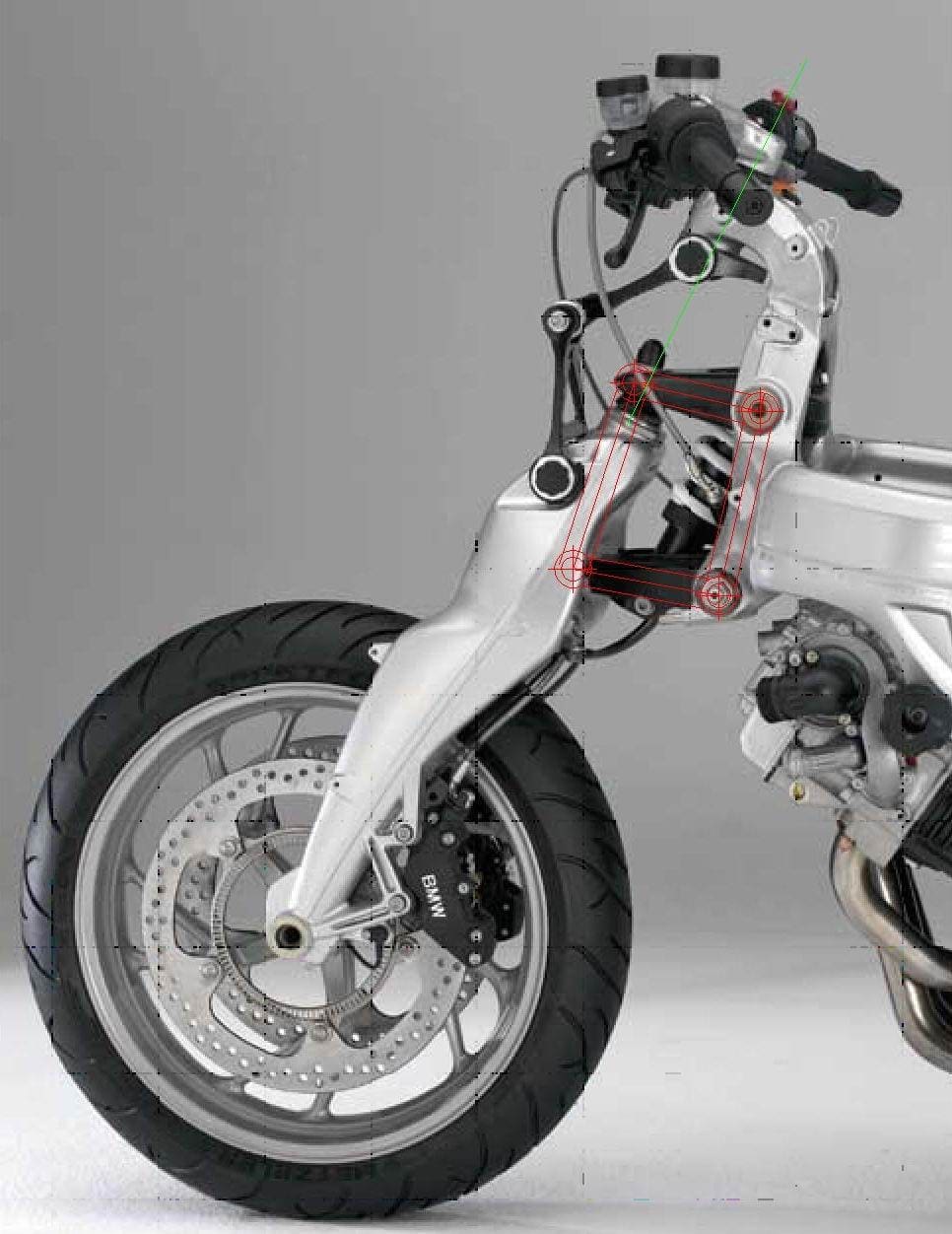 And here’s the Honda patent. 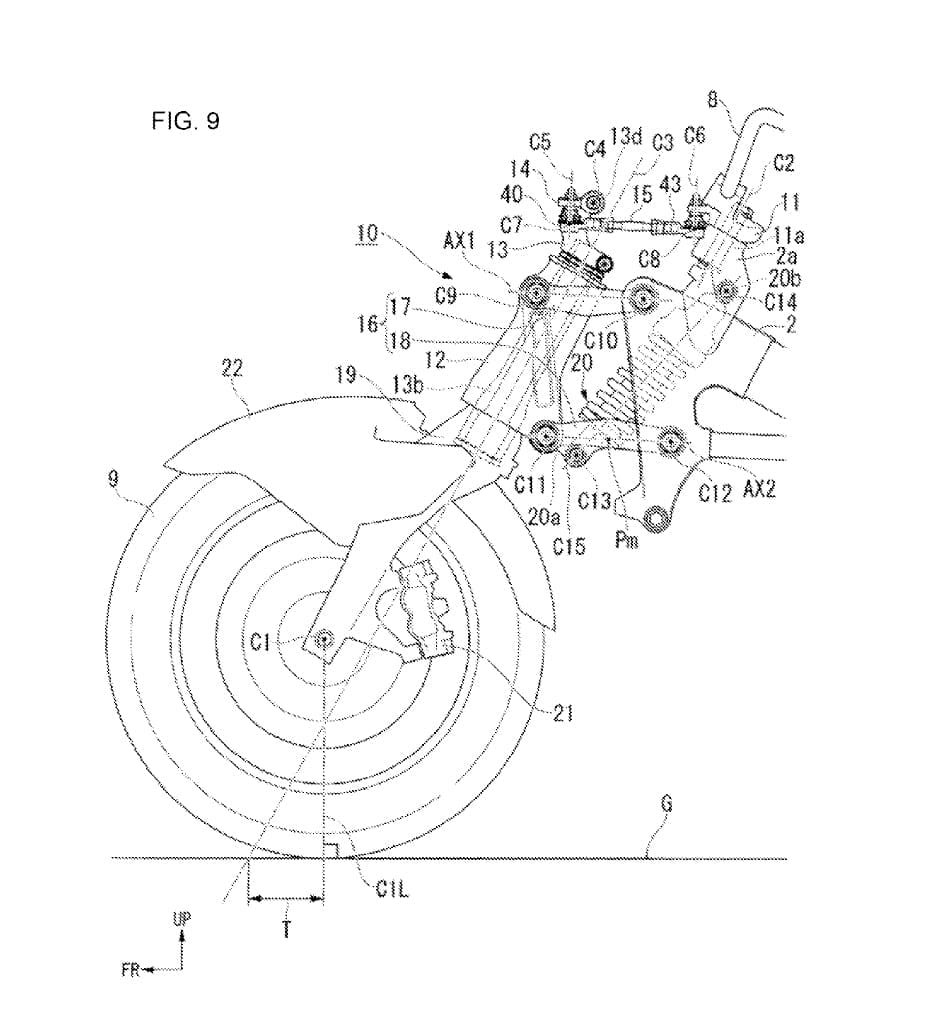 What this will do is give the bike a much more direct feel to the road, with more feedback to the rider and a more balanced approach into corners on the brakes. Effectively, this change will upgrade the Wing’s quality of ride.

Other patents show that the bike will also get a new daul-clutch gearbox mounted underneath the flat-six engine which will have automatic and semi-automatic modes and a reverse gear too. thumb-scroll controls for the bike’s various tech and information screens are also mentioned in the patents.

The new Wing will also get an electronically-controlled windscreen, too.