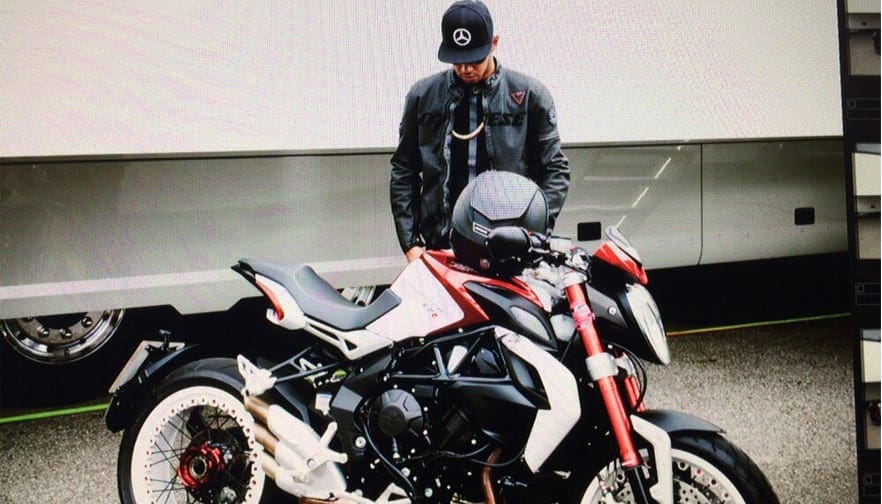 Remember when we told you about the Lewis Hamilton MV special run of bikes that are on the way?

Well, it might feel like it’s one of those ‘also ran’ stories but MV has put out a video about it, so here’s the footage.

Hamilton, who is on the verge of becoming the 2015 F1 world champion, has put his name to the Lewis Hamilton MV Agusta Dragster RR. The last time the Italian company did that was in 2004 when it released the F4 750 Senna.

Here’s the MV advert for the limited edition run of Hamilton bikes.