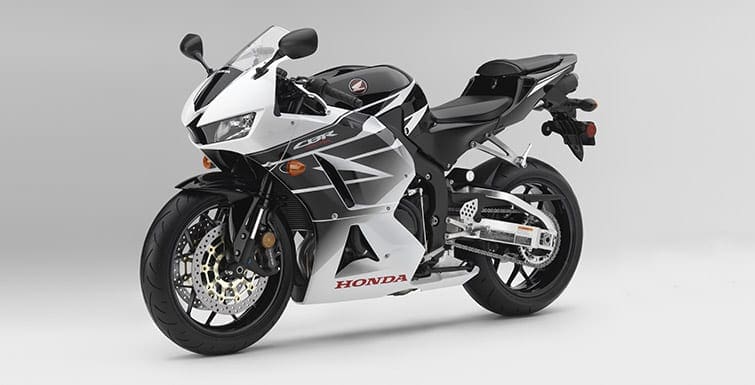 Following the launch of the 2016 CBR500R earlier today, Honda has now revealed more of its 2016 CBR range in the US. 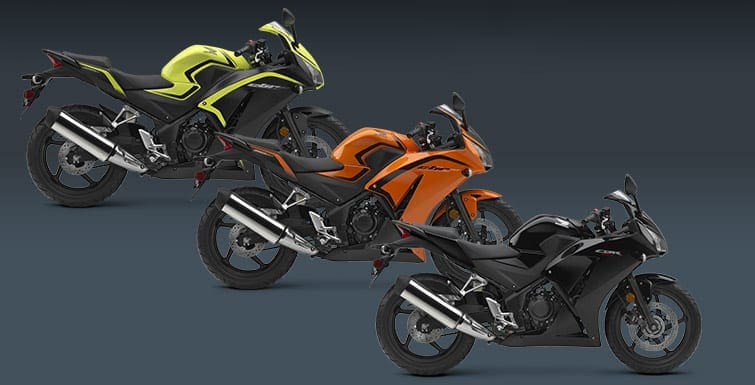 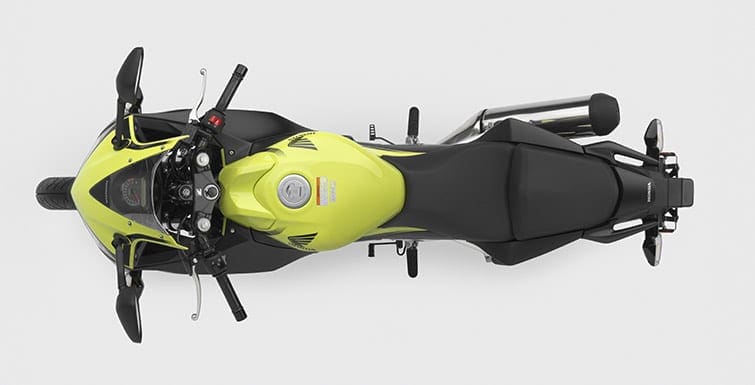 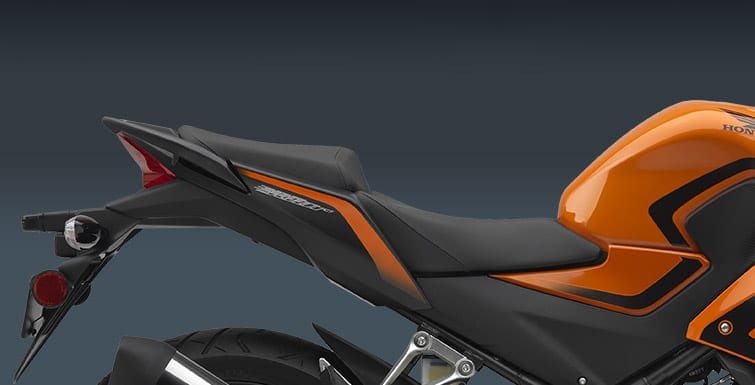 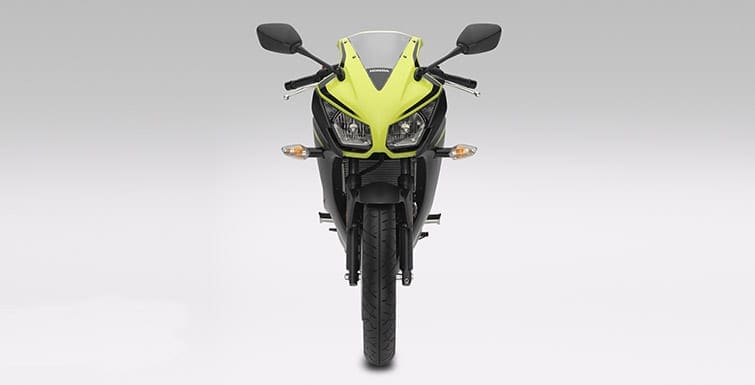 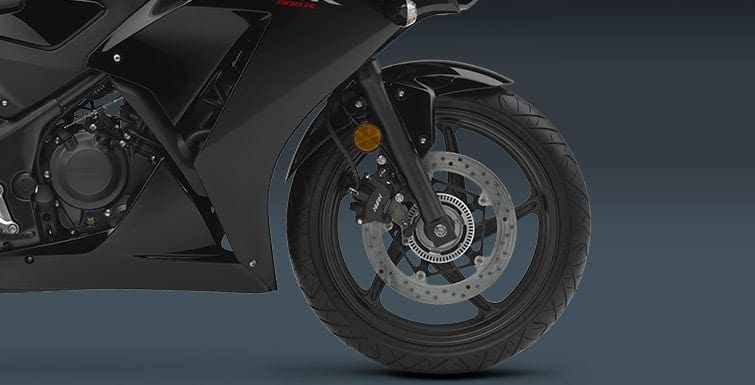 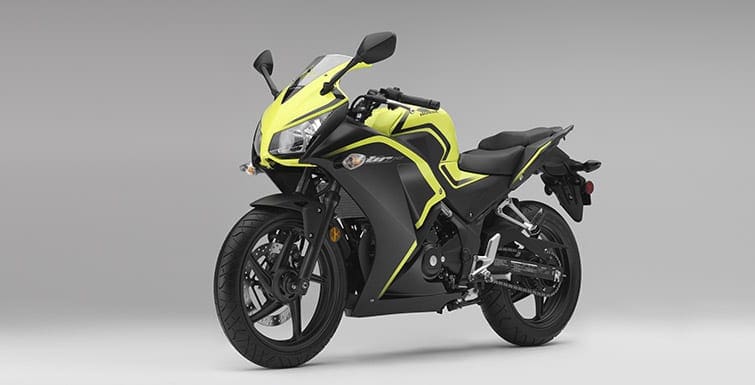 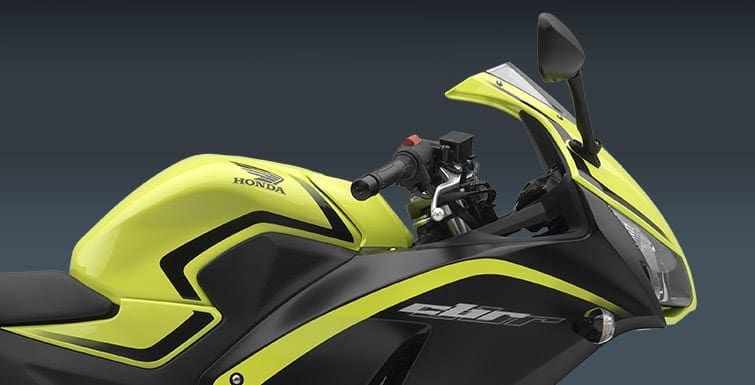 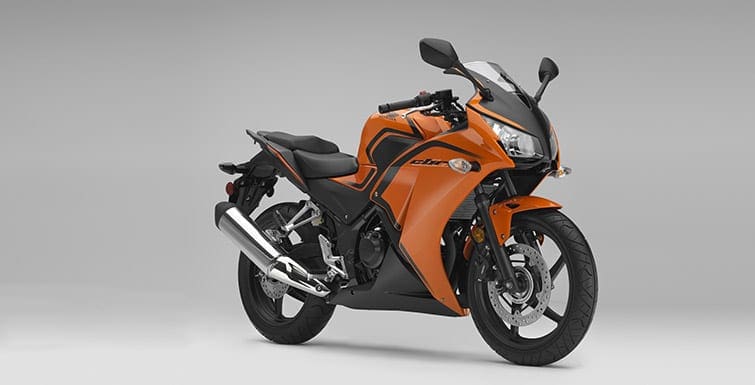 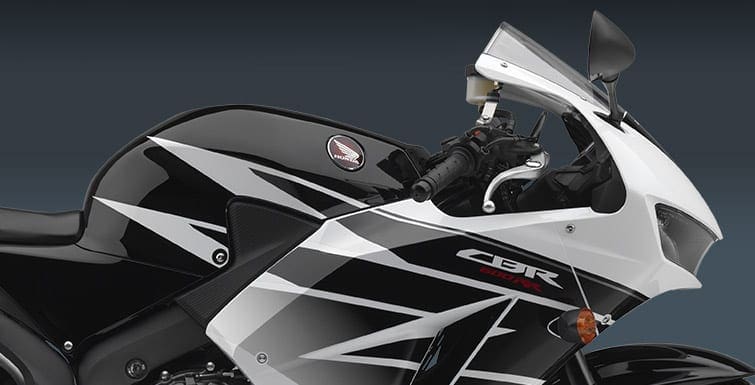 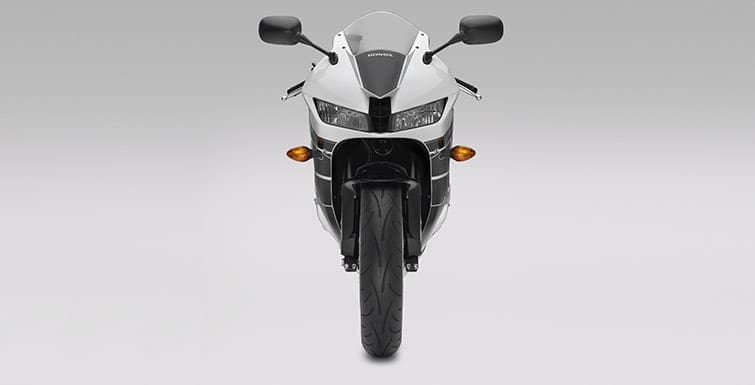 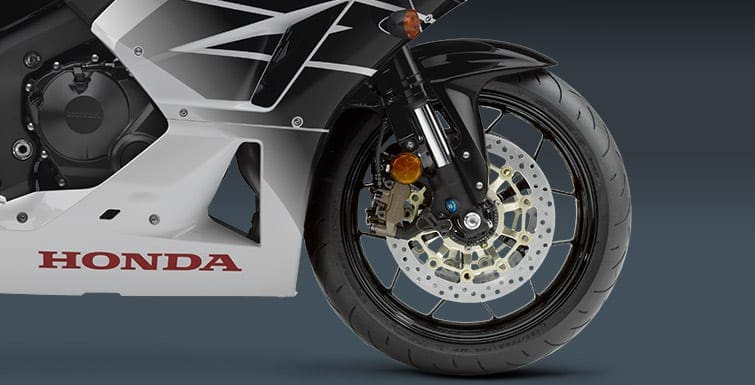 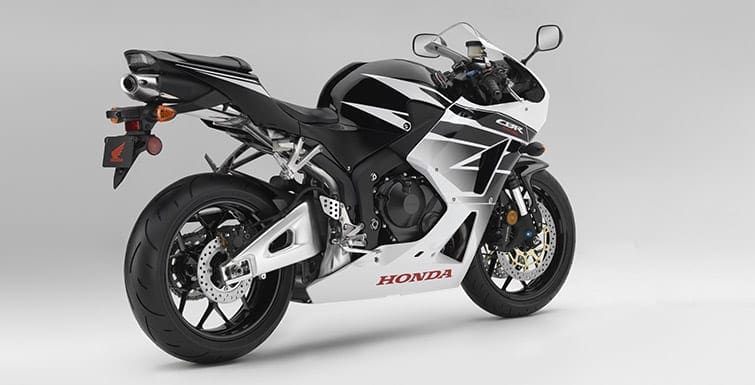 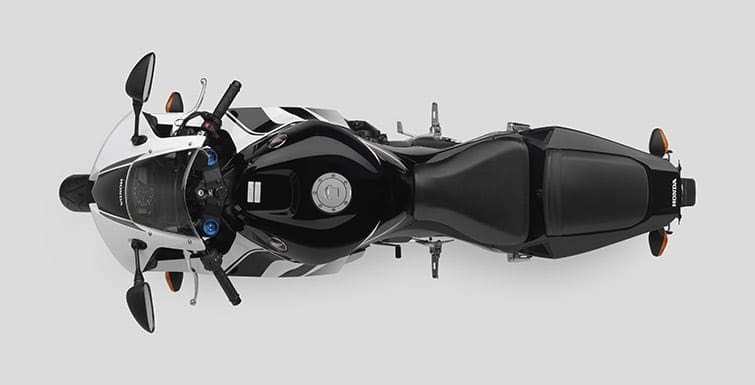 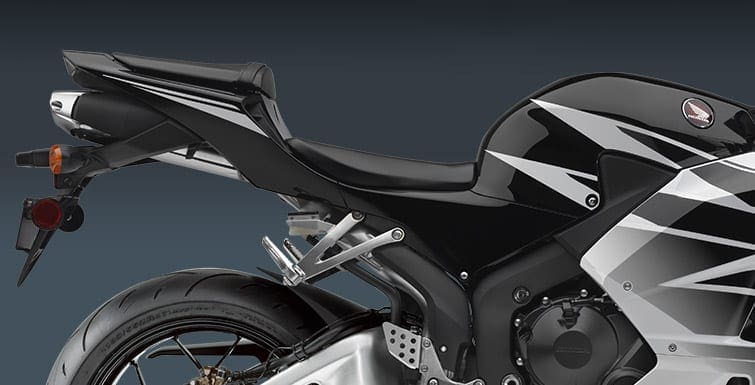 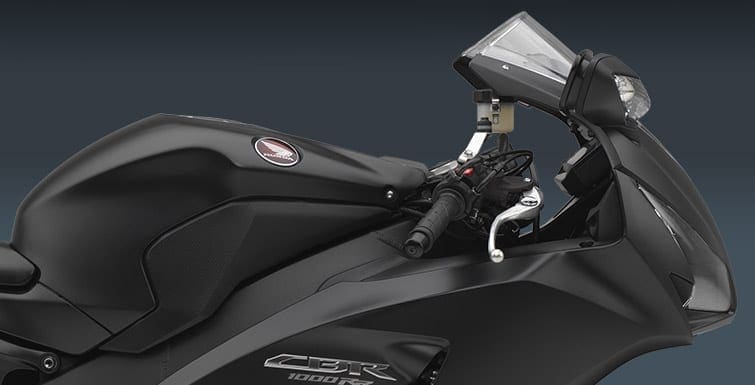 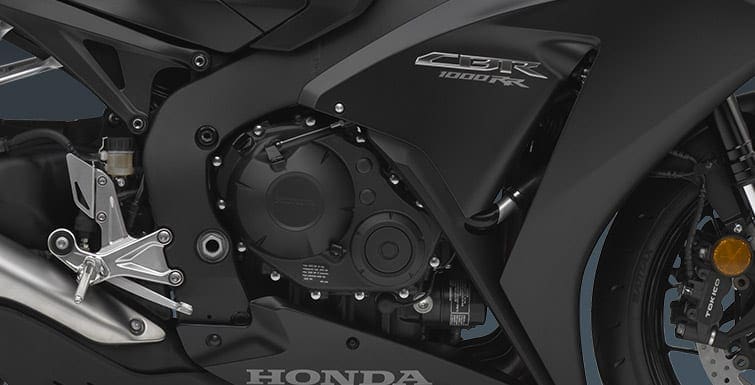 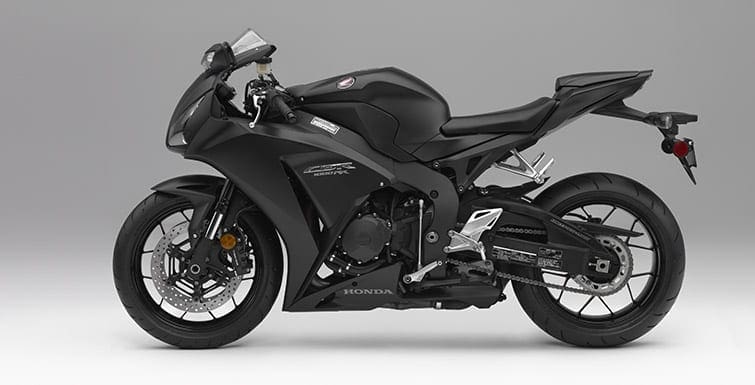 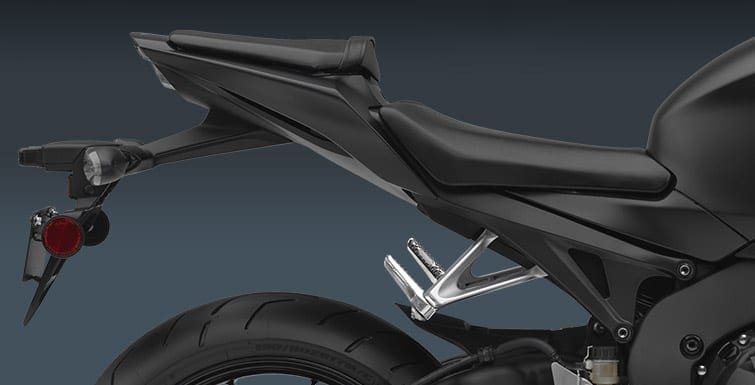 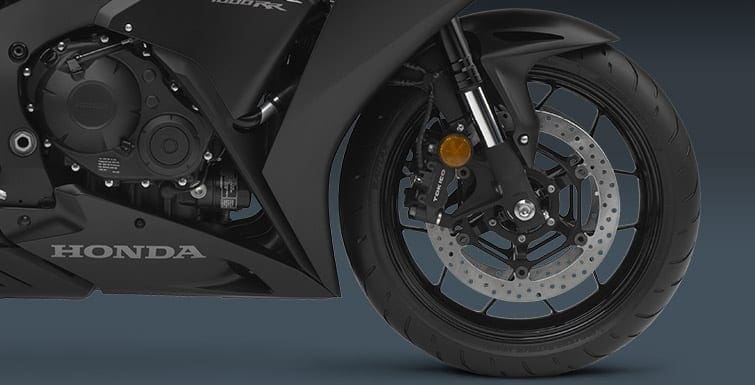 Here’s what Honda says about the new bikes:

Honda’s CBR300R delivers a giant dose of performance and fun way out of proportion to its engine size. Even experienced riders can’t seem to wipe the smile off their face after a ride on this modestly-sized machine. And one ride will tell you why. It’s the sporting member of our 300 lineup, with a little more bodywork. The single-cylinder engine is light and narrow, making it easier to sit on the bike and get your feet on the ground at stops. And the single-cylinder powerband with its wide torque spread is perfect for both in-town or freeway rides. The light weight makes it responsive on twisty roads. But maybe best of all, the CBR300R offers excellent fuel efficiency, too.

This year the CBR300R is available in two hot new color schemes: Bright Yellow and Matte Black, as well as Candy Orange and Matte Black. And the price is still lower than what you’d pay for a lot of used bikes.

Motorcycling has always been about that perfect bond between rider and machine. Of course there’s the wind and the elements, but most of all it’s about the balance, about how involved your entire body is with every aspect of riding. And when you find the perfect bike, it moves with you just like it was an extension of yourself.

The Honda CBR600RR is that machine. Proven on the track, it fits like a glove, and is as responsive and instinctive as snapping your fingers. Happy to cut fast laps on a track day, it’s comfortable enough to use as a weekday commuter or a weekend canyon bike.

First of all, there’s its size: compact, light, a tribute to Honda’s understanding of mass centralization, the four-cylinder engine revs like nothing you’ve ever ridden, unless you’ve ridden a MotoGP racer. The chassis (an aluminum twin-spar design) is the basis of the CBR600RR’s laser-sharp handling. Brakes? You can choose between its conventional triple-disc setup or opt for a special version with Honda’s revolutionary Combined Anti-Lock Braking System (C-ABS), the first ever on a production Supersport motorcycle. And it just plain looks right too, especially this year with a new Black/White option that looks like a tri-color Honda wing, but fades to grey.

All motorcycles are special. But there’s something about a sportbike that distills the experience into something even more pure. So immediate. Such an intense connection between rider and bike. And the most intense of all is a Superbike, like the Honda CBR1000RR.

The CBR1000RR is the purest of the pure, a bike with nothing to dilute the experience of the rider and the bike. The power is unlike anything else in our lineup—the chassis and suspension are a tribute to Honda’s decades of racing dominance. And there’s plenty of technology, too, but it’s the best kind: invisible, non-intrusive, there only when you need it.

For 2016 we have a couple of versions for you. There’s our CBR1000RR, available in Matte Metallic Black this year, with all the features you can ever want.  And then there’s our limited-edition CBR1000RR SP, the primo choice for track-day enthusiasts: Fully adjustable Öhlins front and rear suspension, Brembo front brakes and Pirelli Diablo Supercorsa SC premium tires, lightweight subframe with solo seat cowl, along with hand-selected engine parts for weight and balance, including pistons and connecting rods.

For Superbike purists, the CBR1000RR is the best there’s ever been, a bike like no other.