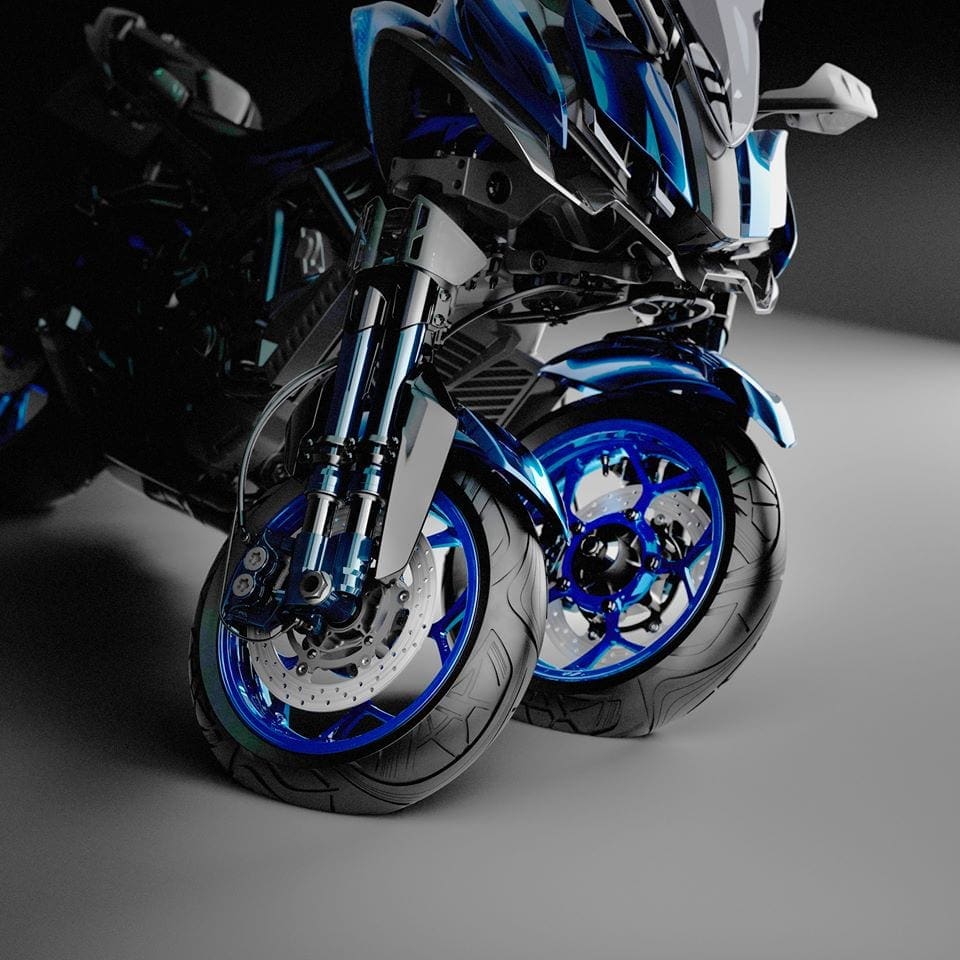 Yamaha is showing this tilting three-wheeled concept at the Tokyo motor show at the end of this month.

Details about the bike are scarce and, other than this single image released by the factory, all that we know is what we can see – which is that the suspension titls, is mounted on the outside of the front wheels and the whole bike looks very R1-ey (with some serious H2R Kawasaki touches to both it and the bike’s frame).

So this is one bike that’s coming from Yamaha – if it’ll make it to production remains to be seen, but this alongside the tilting Neowing futuristic Gold Wing thing also being shown from Honda gives us keen bike watchers something of a trend to latch on to for the coming silly-season over the winter. Which is nice.