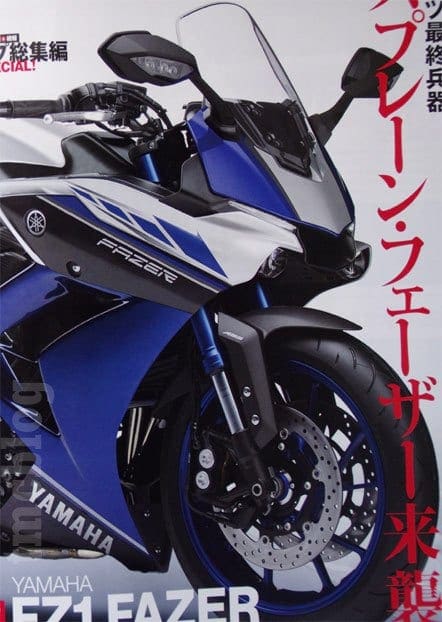 We’ve known for a while that Yamaha is working on an updated, high-spec version of the FZ1 Fazer – most likely to be powered by a de-tuned R1 engine and here’s what the Japanese journalists talking to Yamaha reckon the bike will look like.

As with whole ranges of recent Yamahas, the Japanese factory is keen to keep the family look and will cash in on some familiar elements that have worked so well on the R1 which was launched at the end of 2014 and went on sale in 2015.

Whilst there’s not been any official notice yet of this bike appearing at the upcoming Tokyo Motor Show at the end of this month, it’s very likely that something like this bike will actually break cover at EICMA in November instead.

More as we get it.