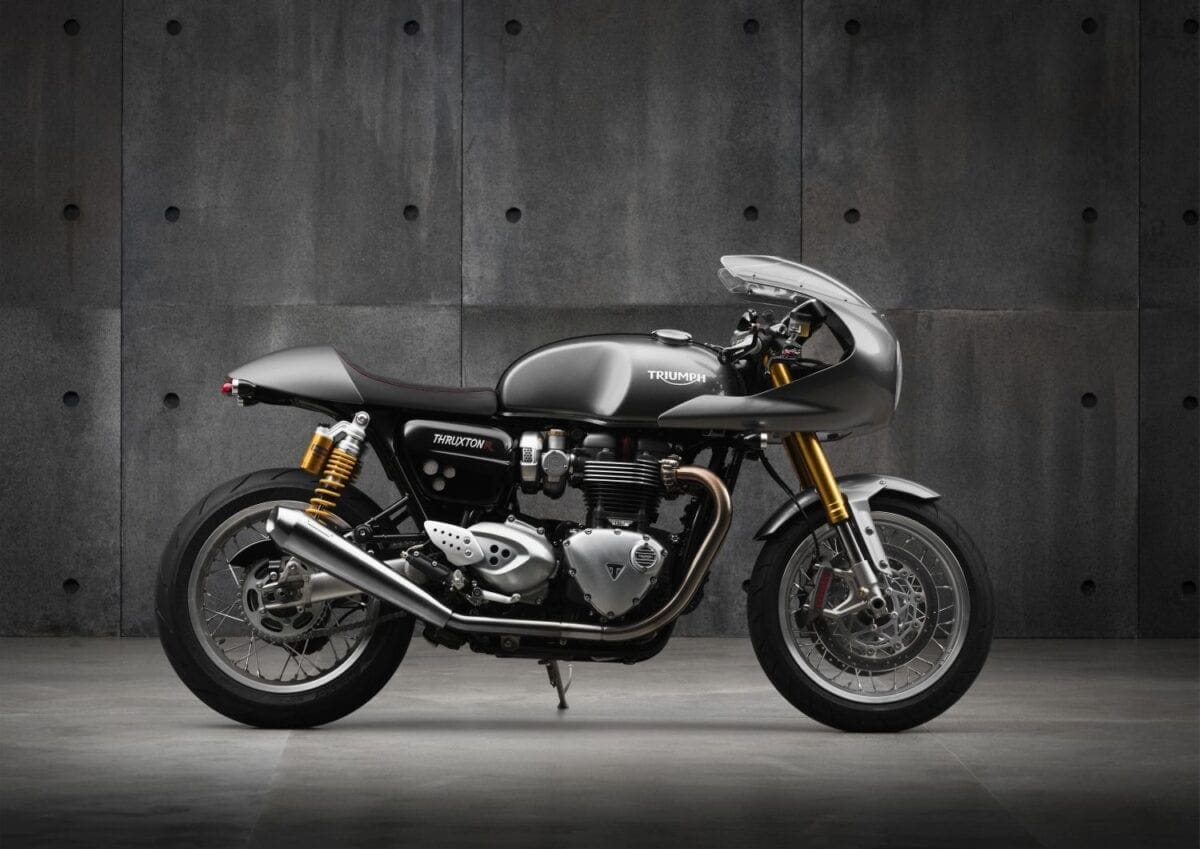 Triumph has launched the new Thruxton and Thruxton R as part of the 2016 Bonneville range, which also includes the brand new Street Twin and the upgraded T120 and T120 Black.

The Thruxton is the bike that was featured in the recent Outlaws film starring David Beckham. It is edgier and sportier than the other models in the new range. So if you wanted something racier than the T120 or more powerful than the Street Twin then here’s your answer: the new Thruxton and Thruxton R.

The new Thruxton builds on the rich heritage of Triumph bikes named after the legendary 500-mile Thruxton endurance race series. Back in the day, it was the Triumphs that dominated it, and also broke the first 100mph lap at the Isle of Man TT. No wonder then that the Bonneville Thruxton racers inspired a generation of teenage café racers and custom special builders.

The new Thruxton and Thruxton R for 2016 are striking machines. They combine the classic racer look with modern touches, and seeing them in the flesh, it takes some self-control not to jump on one and break for freedom. Trust me, the photos don’t do them justice. The bikes simply ooze style, elegance and a slightly unnerving promise of raw power.

Triumph describes the other engines in the new Bonneville line-up as ‘high torque’. They refer to the Thruxton engine as ‘high power’. And that’s the clue if anyone needed it; this is a full-blooded modern-day café racer, a sports classic built for speed and power as much as looking uber-cool outside the Ace café.

The 1200cc, eight-valve, parallel twin engine that powers both the Thruxton and Thruxton R delivers a claimed peak torque figure of 112Nm at 4,950rpm – a whopping 62% more than the previous generation 865cc engine (69Nm at 5,800rpm). Triumph has not confirmed the bhp details yet, but with the increase in engine size, this should go up quite nicely too.

As with the T120 bikes and the Street Twin, the new Thruxton engine is liquid-cooled to meet the new Euro4 emissions requirements. The cutting-edge liquid cooling system has been carefully integrated to minimise its visual impact – it looks the part. It also enhances fuel efficiency, which is never a bad thing.

The six-speed engine features a lighter crank, higher compression and a unique airbox. Triumph’s next generation ride-by-wire fuel-injection is fed by authentically styled twin throttle bodies that take nothing away from the classic looks of the bike.

The twin upswept exhausts have reverse-megaphone end cans that deliver a beautiful, rich exhaust note to match the bike’s looks. The pipes are finished in chrome on the Thruxton and brushed stainless steel on the Thruxton R.

Both the Thruxton and Thruxton R have new chassis and suspension, and according to Triumph this is all about sharp handling that really delivers on its café racer looks. Sitting on the bike, the riding position is surprisingly pleasant and natural, despite the low bars and the racer looks. Apparently this is 100% intentional. We haven’t had a chance to ride the bikes yet, but as soon as we do, we’ll let you know exactly what they’re like on the road (or track for that matter).

The bikes have sporting ergonomics, clip-on bars, fully adjustable suspension and 17-inch front wheel – all to ensure good handling and agility and, of course, a thrilling ride.

The new Thruxton and Thruxton R may look like classic racers but they feature a full suite of rider-focused technology, as Triumph puts it “sensitively integrated and without compromise to maintain its authentic Bonneville style and character”.

Even without resorting to the accessories that Triumph offers, the Thruxton and Thruxton R have all the styling elements of modern café racers covered.
Both bikes have a ‘flip-top’ Monza-style fuel cap (a first on any modern production bike, according to Triumph), bullet seat and lightweight aluminium bar-end mirrors, wheel rims and swinging arm. The Thruxton R also features an additional painted seat cowl, polished top yoke, aluminium tank strap and clear anodised aluminium swinging arm.

What is striking about these bikes is the level of detail and the high-quality finish that is evident in all components. Everything from the flawless twin-skinned pipes to the elegant badges breathes elegance. And little touches, such as the red spark plug cover show that everything has been thought through to create both a high-performing and a highly-cultured machine.

Customising the Thruxton and Thruxton R

Triumph has seen potential in the growing trend of custom bikes and these new Bonnies come with a host of factory accessories, 160 for the Thruxton and Thruxton R alone, to be precise. The range covers everything from sculpted cockpit fairing and exhausts from Vance & Hines to bullet indicators and lower clip-on handlebars.

There are also three ‘inspiration kits’ that can be fitted at the dealers or in your own garage to instantly change the look of the bike. The options available for the Thruxton models are:

Performance race kit for the Thruxton R
In 2016 Triumph will launch a unique Triumph race kit only for the Thruxton R, that’s
been specifically designed and developed for competition use and closed-circuit racing.
The Factory Race kit will take the standard engine performance to an even higher level, with more power and torque, and lower overall weight. 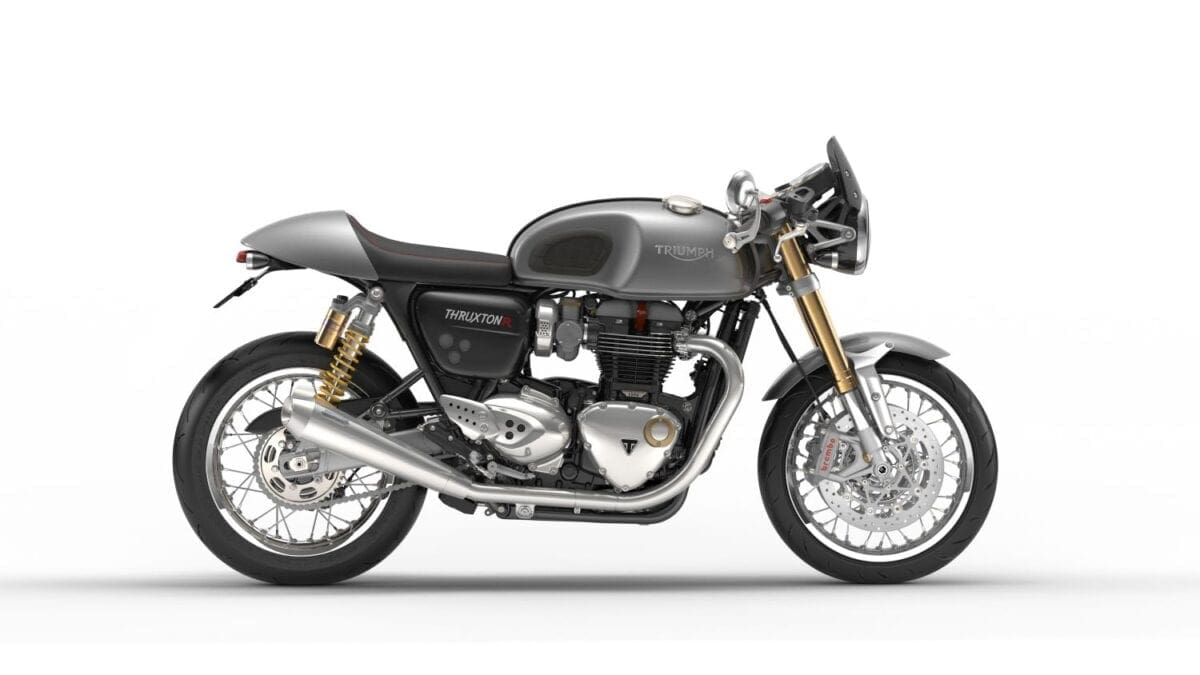 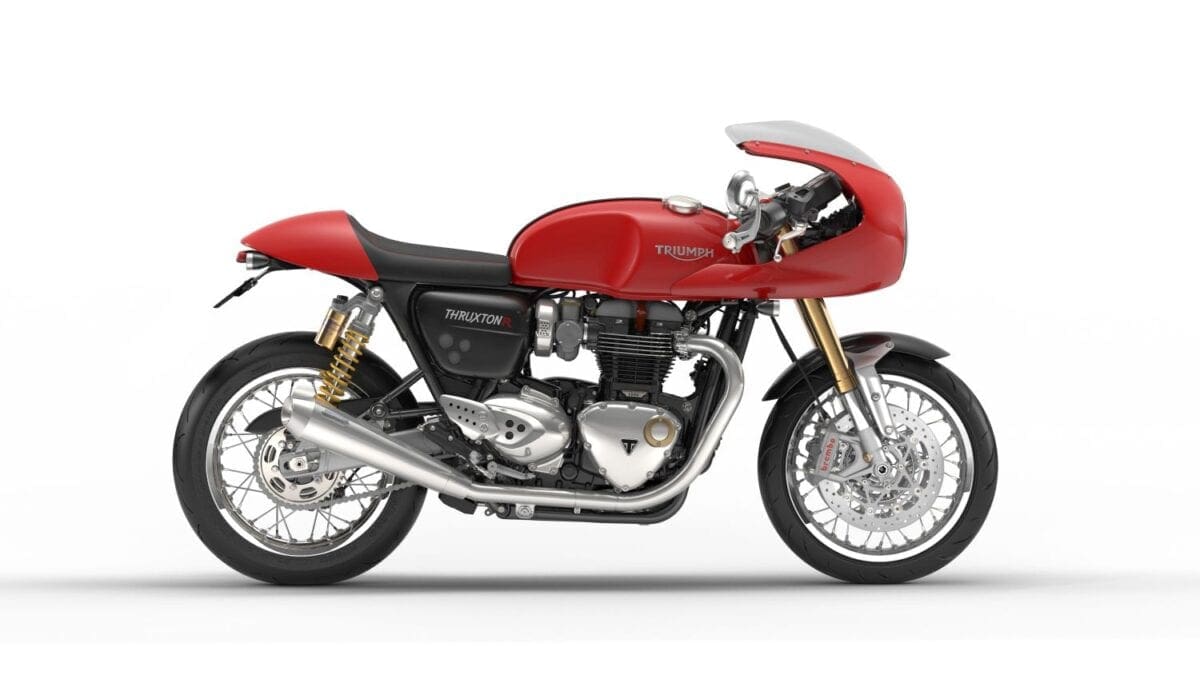 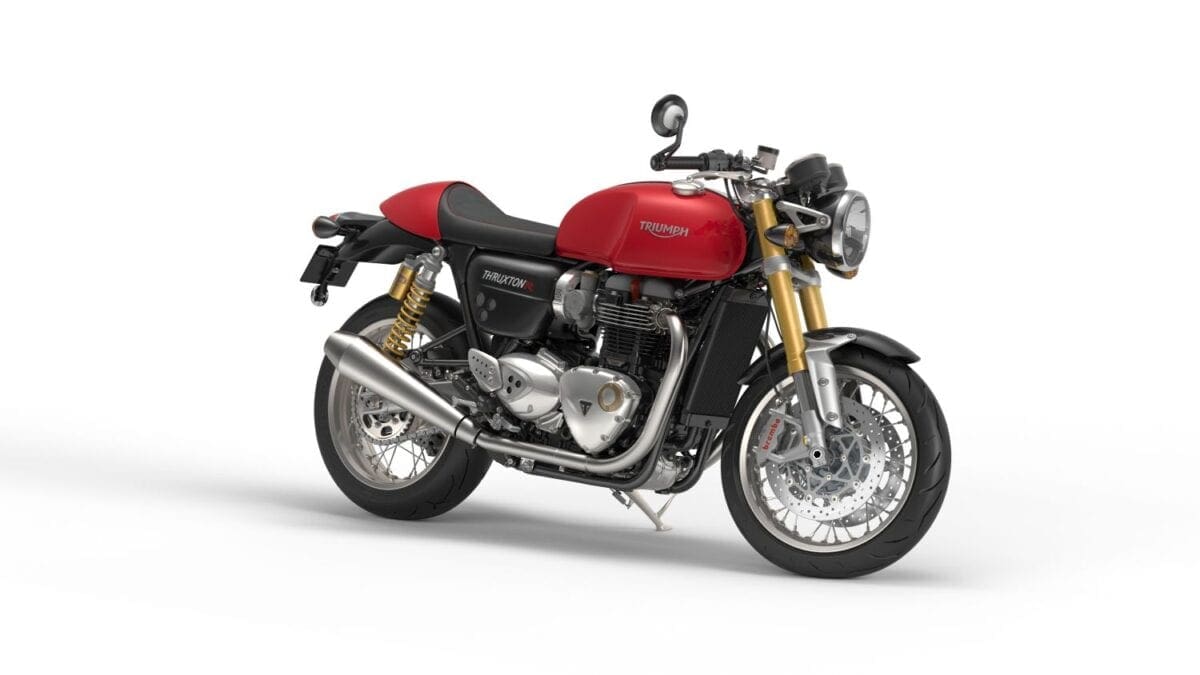 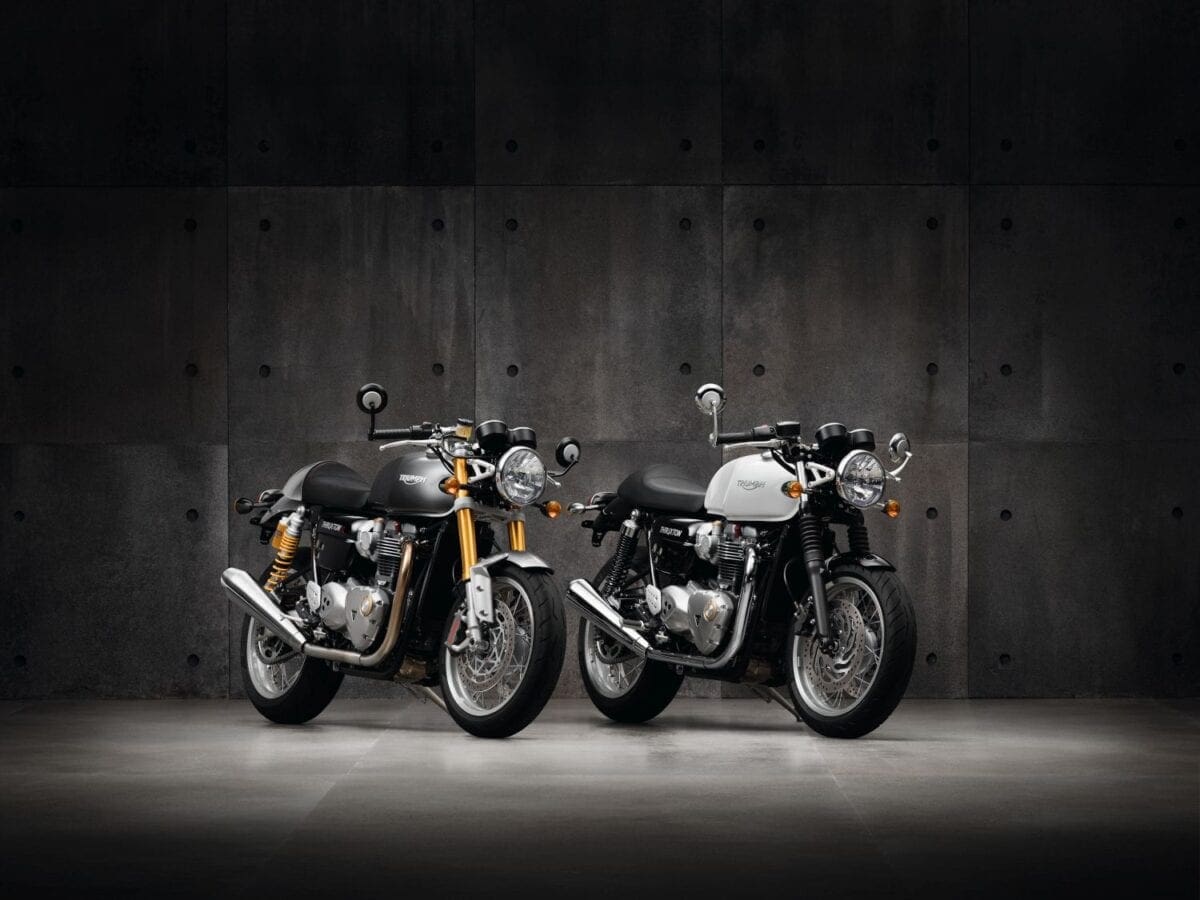 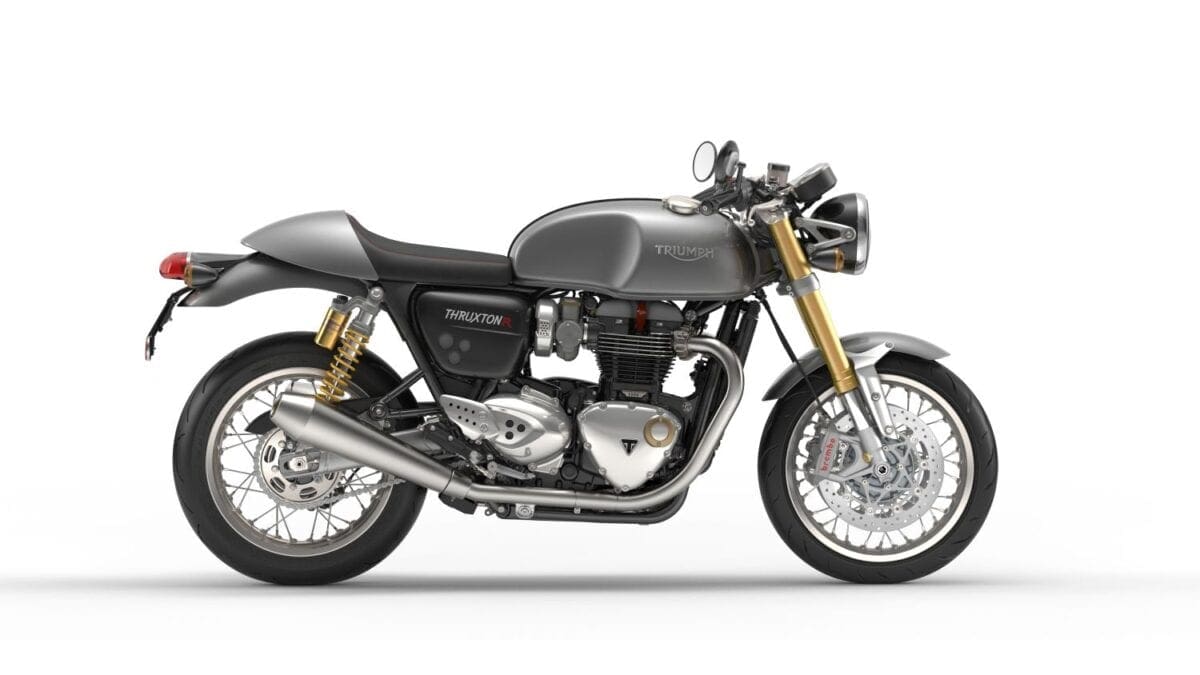 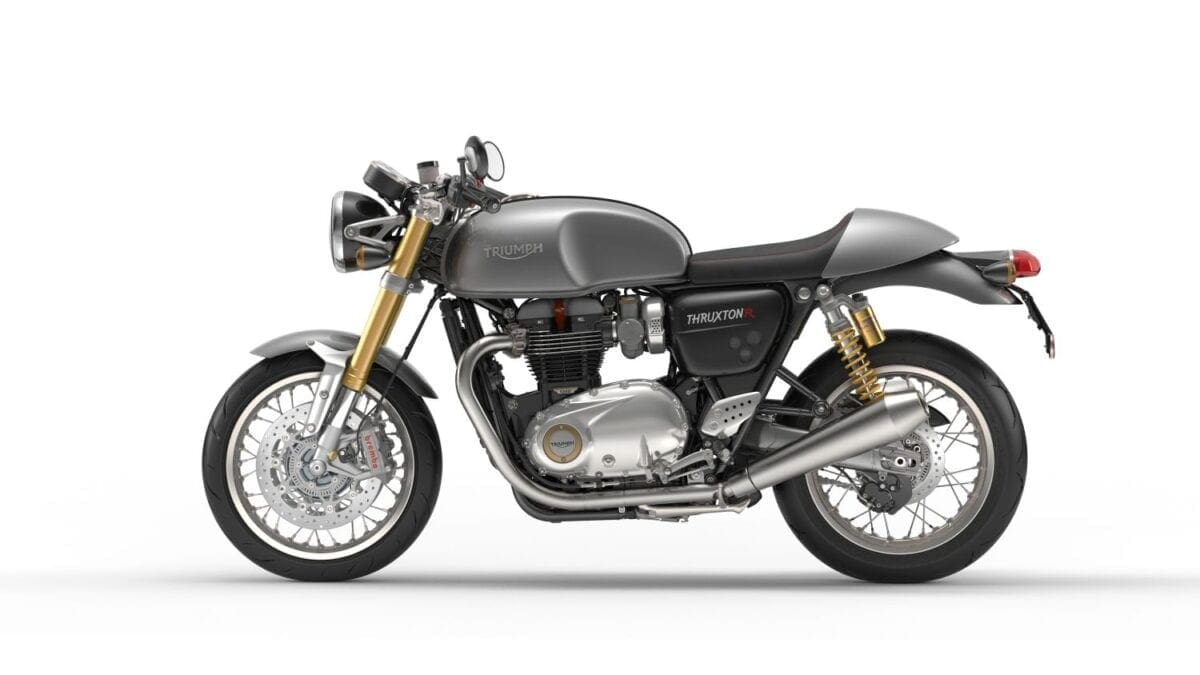 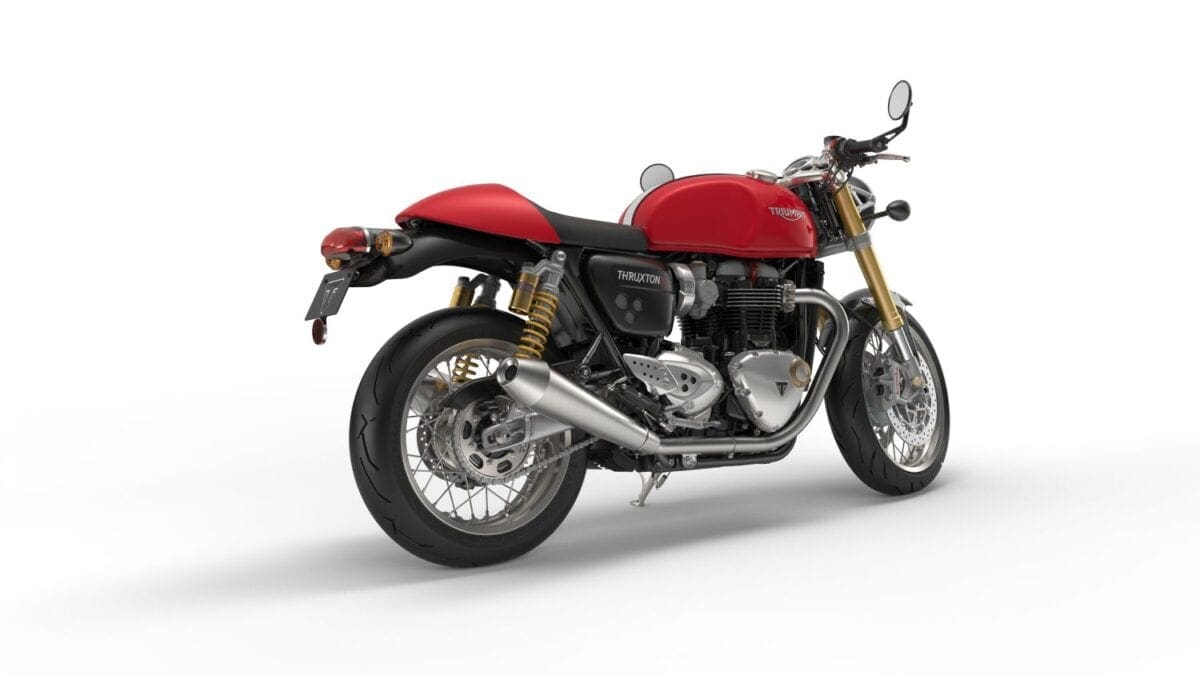 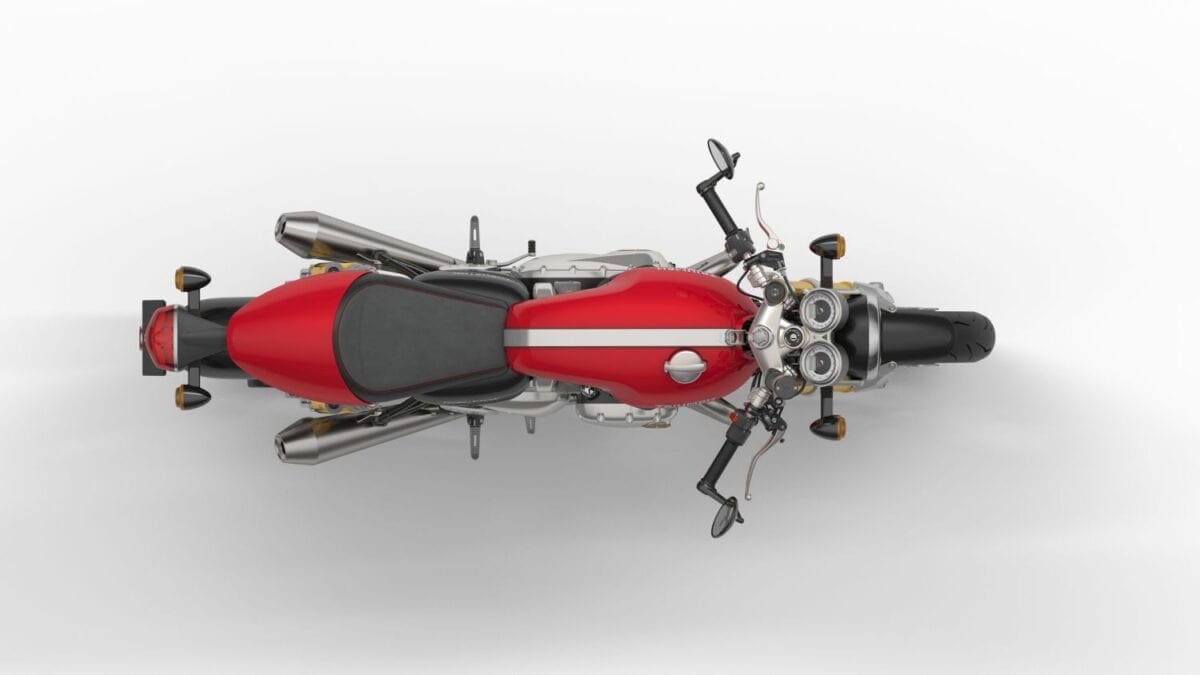