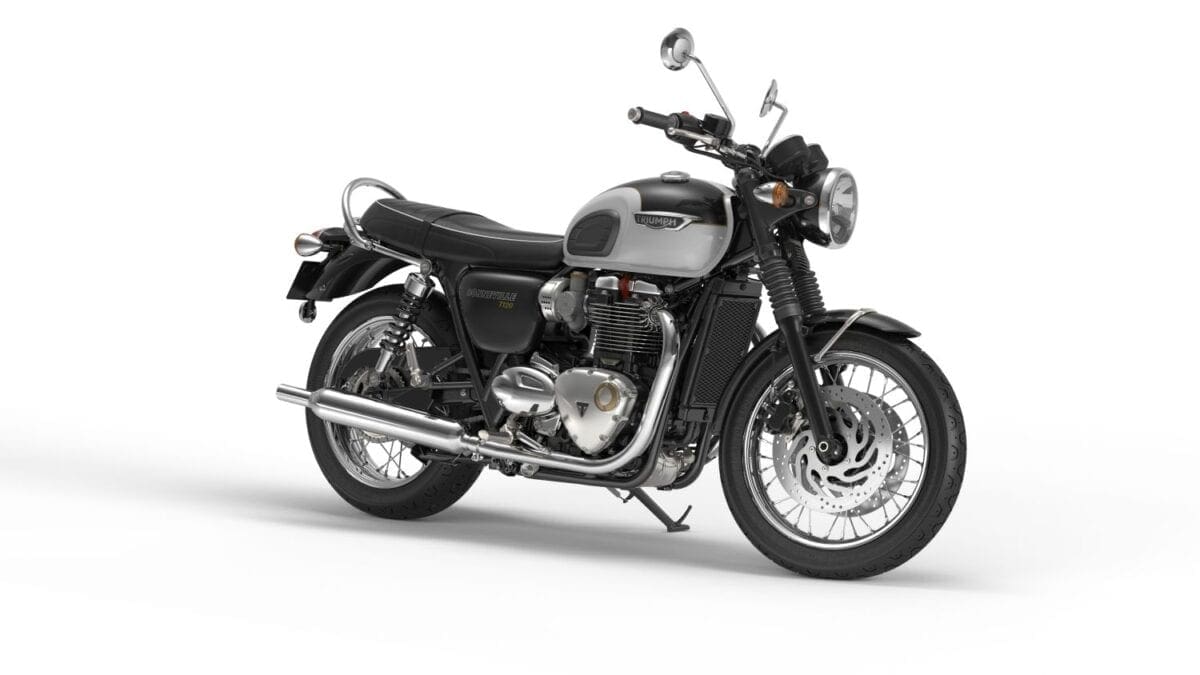 This is the news that we have been waiting for – and predicted – for some time now: Triumph has launched the new Bonneville range, which includes the all-new T120 and T120 Black models. They have been built from ground up and feature a new 1200cc water-cooled engine, new chassis and suspension, as well as a range of new rider aids.

Triumph is quick to emphasise that all the new improvements are simply adding to the character of the iconic British bike, not taking away from it. The inspiration for the new bike was the original 1959 Bonneville, and the aim was to incorporate the authentic look with modern technology to create a modern classic.

The new Bonneville T120 and T120 Black are unmistakably from the same stock as the previous Bonnie incarnations. These latest bikes in the classic British range have been in the making for four years, with a team double the size of any normal Triumph project team working on them, so it’s ok to expect a lot from them.

There is no difference between the T120 and T120 Black in terms of performance or technical spec. They share the same engine, chassis, suspension and the rest, but they have been styled to appeal to different types of riders. The T120 is aimed at those who love the ‘authentic’ Bonnie look (Triumph is expecting many customers to be existing Bonnie owners). The T120 Black on the other hand is likely to draw in those who have been inspired by the recent wave of modern classics and custom bikes (many of the buyers being new customers to Triumph).

In both cases, Triumph has produced a bike that is a natural progression from the current 865cc, air-cooled model, and set it up as a real competitor in the modern classic market.

Triumph uses the term ‘high torque’ engine a lot in relation to the new 1200cc liquid-cooled, eight-valve, parallel twin that powers both new bikes. Although this is as much intended to convert those who might consider bikes of this type to be underpowered and sluggish, it is no empty boast: The new engine produces a claimed peak torque figure of 105Nm at 3,100rpm – a cool 54% more than the previous generation (claiming 68Nm at 5,800rpm). This impressive low-end torque figure builds confidence in this being a responsive and spirited bike, which can offer a lot more than a gentle Sunday bimble down the high street.

A visible departure from the design of the current bike is that the new T120 and T120 Black are liquid-cooled and therefore feature a radiator. This is all very nicely done though, and the slim design makes the radiator blend in with the rest of the bike as it’s nestling in between the twin pipes that curve out of the cylinder block.

The pipes, by the way, are the traditional peashooters with a clean ‘straight line run’ achieved through a clever twin-skin design that covers the pipe run through the cat box and out again.

The engine profile has been crafted to keep the authentic look of the 1960s Bonneville bikes, with contemporary components added for best performance. The finish is of very high standard as is evident in the brushed aluminium engine covers with elegant bronze detailing on the T120, and black engine covers with machined aluminium detailing on the T120 Black.

As much heritage as these bikes have, they still need to meet the expectations of modern riders. This means that handling must be spot on.

The increase in torque, combined with ride-by-wire throttle makes these new models more responsive and agile. They also benefit from variable anti-lock braking system (ABS), switchable traction control system and even rider modes (road and rain), which combine the advantages of modern biking with the classic looks. There is also a light-touch slip-assisted clutch and heated grips to add to rider comfort.

The switchgear is simple but powerful and looks uncluttered. A particularly stylish design feature is the switch for heated grips, which is almost hidden in the base of the left handlebar. The switchgear also controls twin clocks that show all the usual information as well as heated grip settings, gear position indicator, rider mode settings, service indicator and access to turn off traction control and ABS features. Accessories such as cruise control can be added and then controlled via the clock display.

The riding position is neutral and relaxed, and with greater suspension travel and the new rider aids, the T120 and the T120 Black are designed for comfort as well as looks. They also come with a centre stand as standard, which is always a welcome bonus.

These bikes are designed not only to be beautiful and well-performing motorcycles, but also to appeal as lifestyle items. Something to be desired and cherished. As a result, both bikes are designed with high-quality finish. The T120’s original detailing includes deep chrome multi-piece badges, grab rail and wheel rims and cleverly twin-skinned chrome exhaust headers and peashooter-style silencers – developed specifically to minimise heat discolouration and deliver authentic ‘straight through’ pipe run.

A feature across the whole range of the new Bonneville bikes, customising the bike with factory accessories is a big part of Triumph’s strategy in attracting new customers to its classic range.

There are over 160 new accessories for the Bonneville T120 and T120 Black, with everything from Vance & Hines chrome peashooter-style slip-on silencers and stitched seats to chrome clutch, alternator and throttle body embellishers and an authentic 4-bar Triumph tank badge.

For those who struggle to choose their accessories, there is a ‘Prestige inspiration kit’ that can be fitted at the dealer or by the customer themselves. 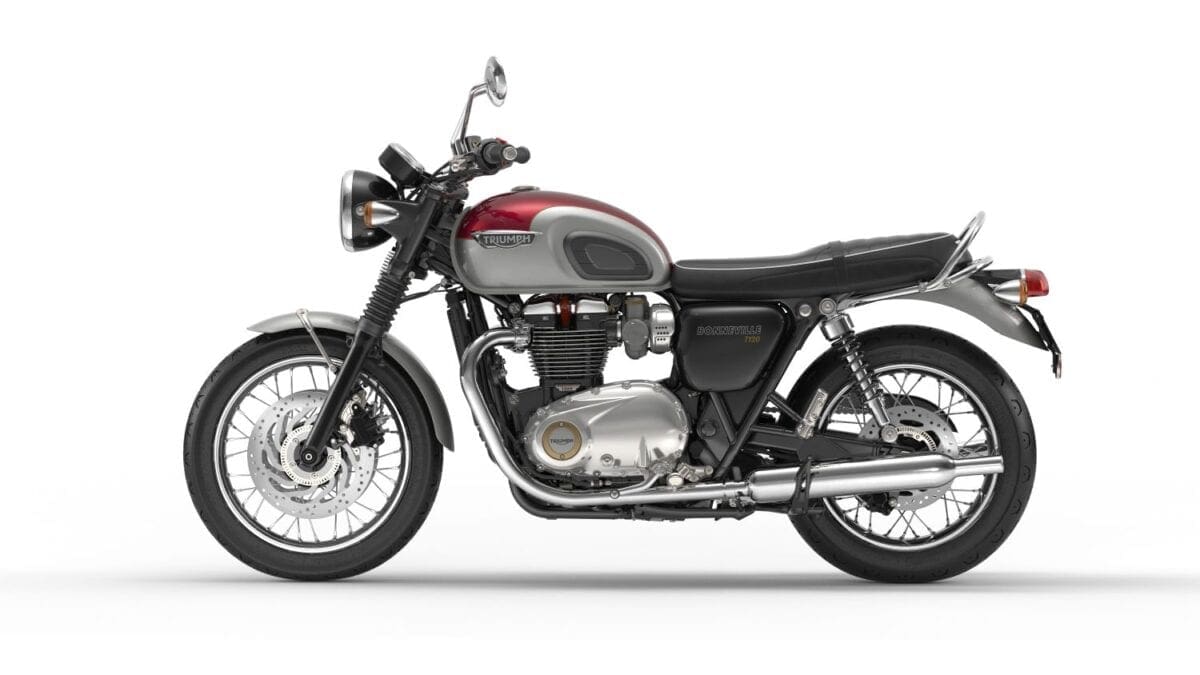 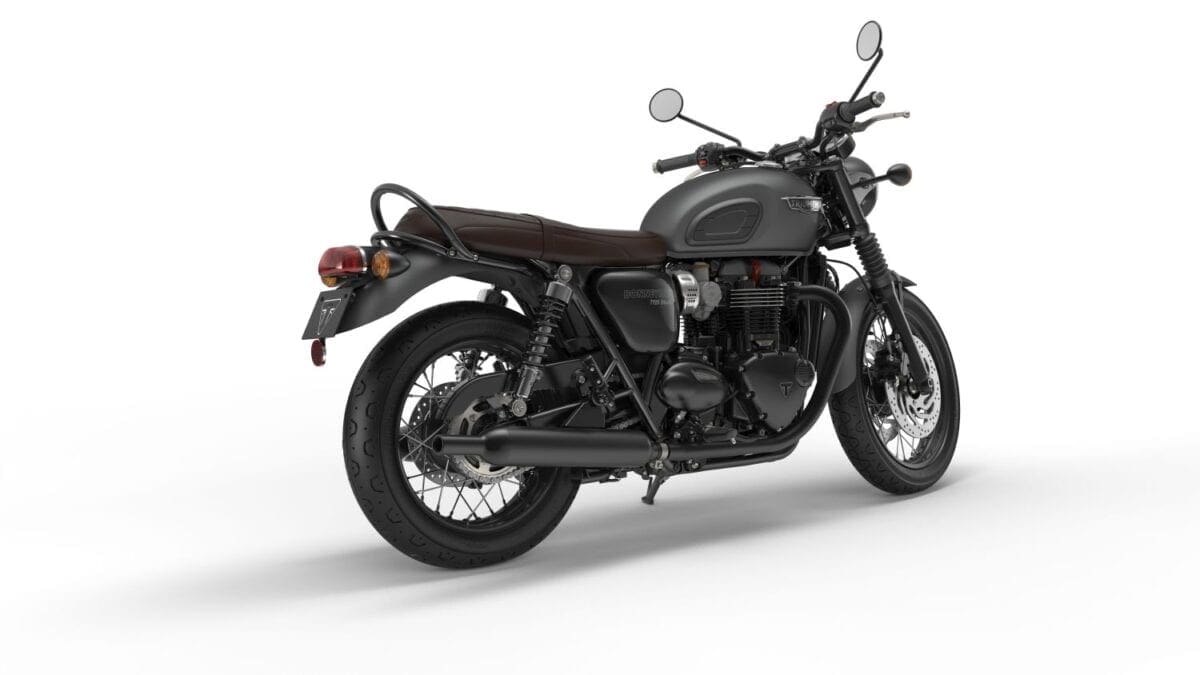 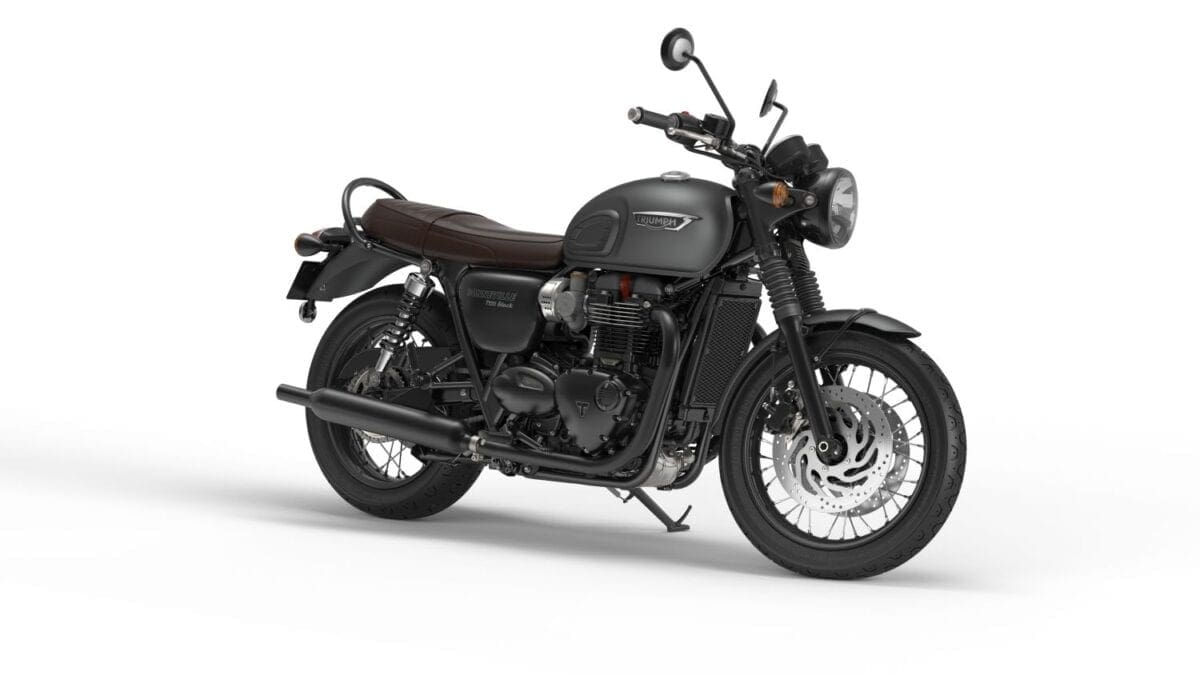 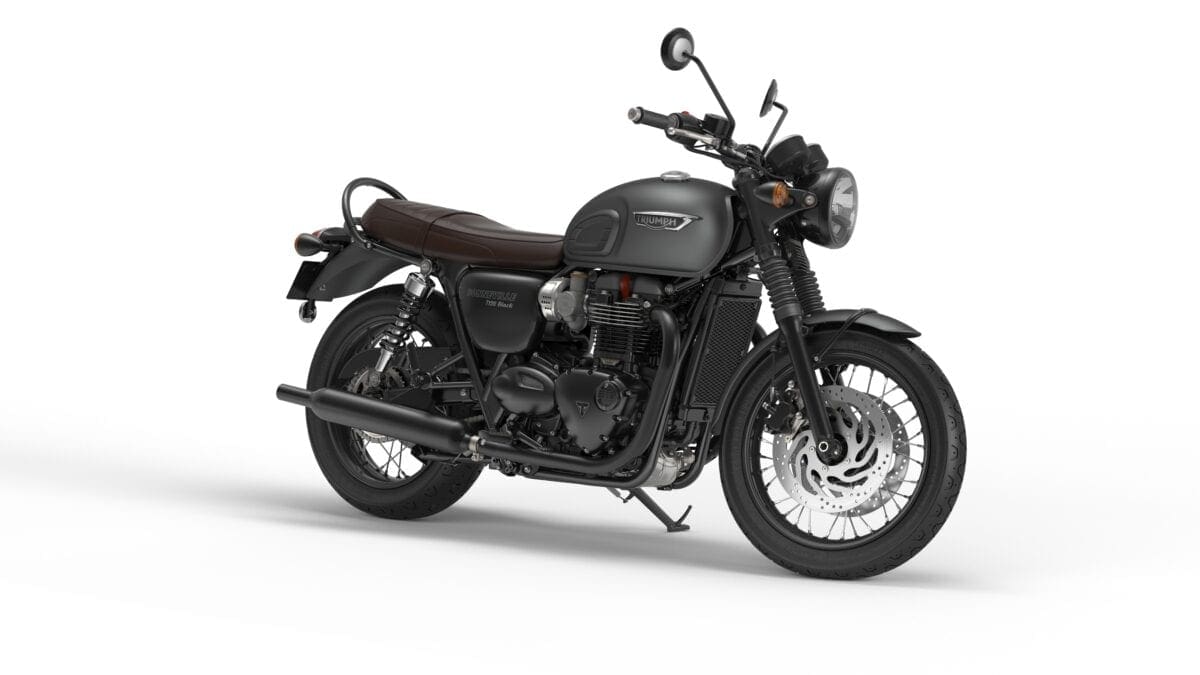 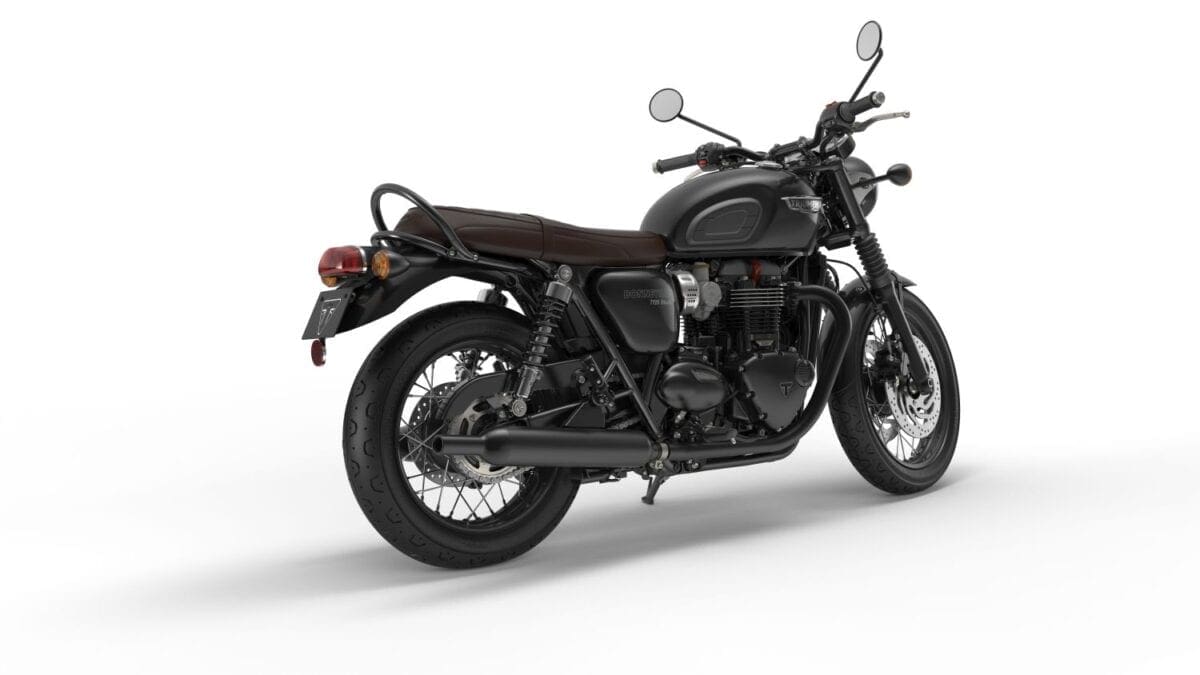 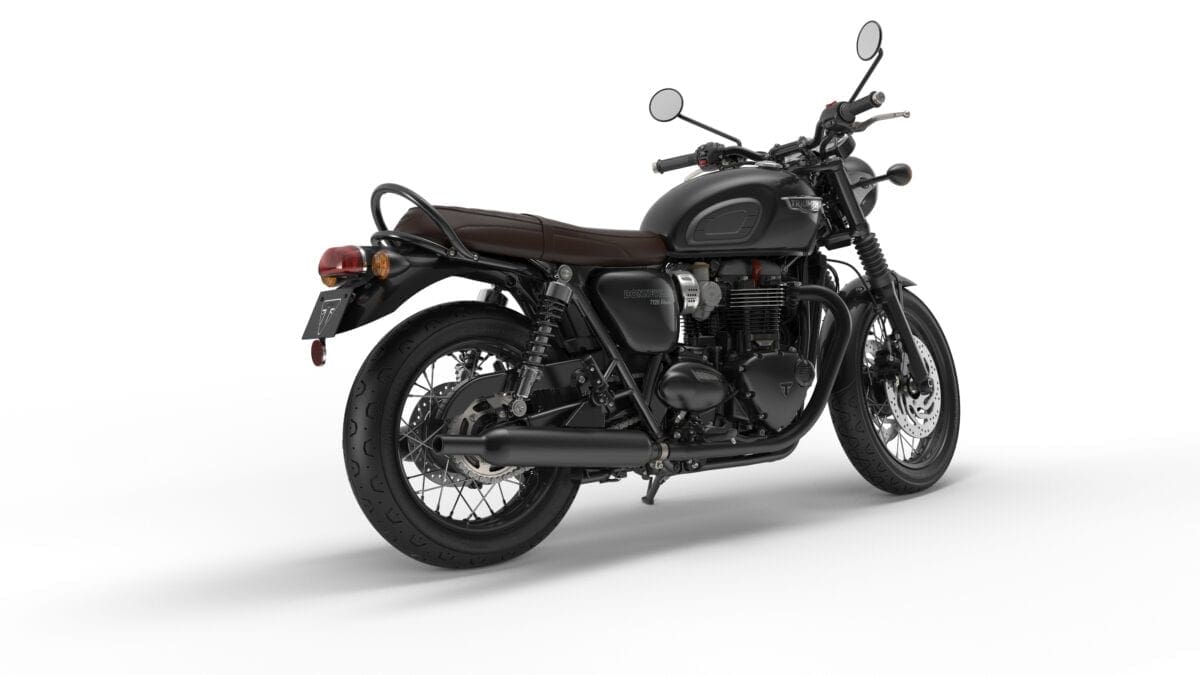 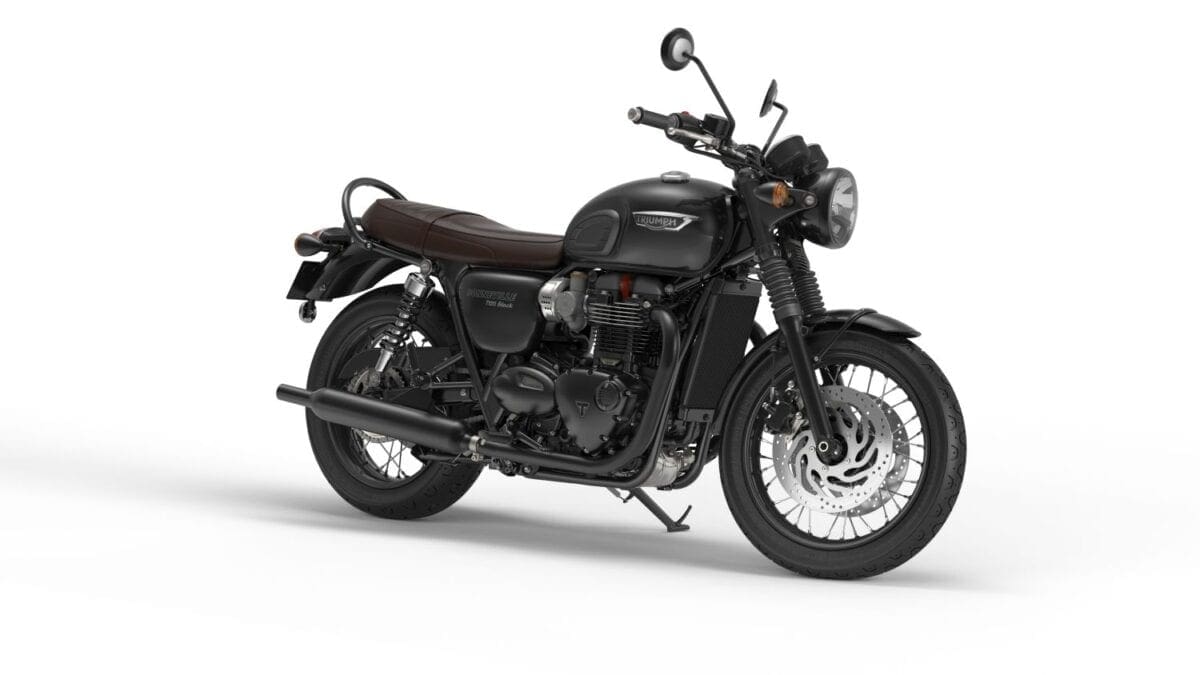 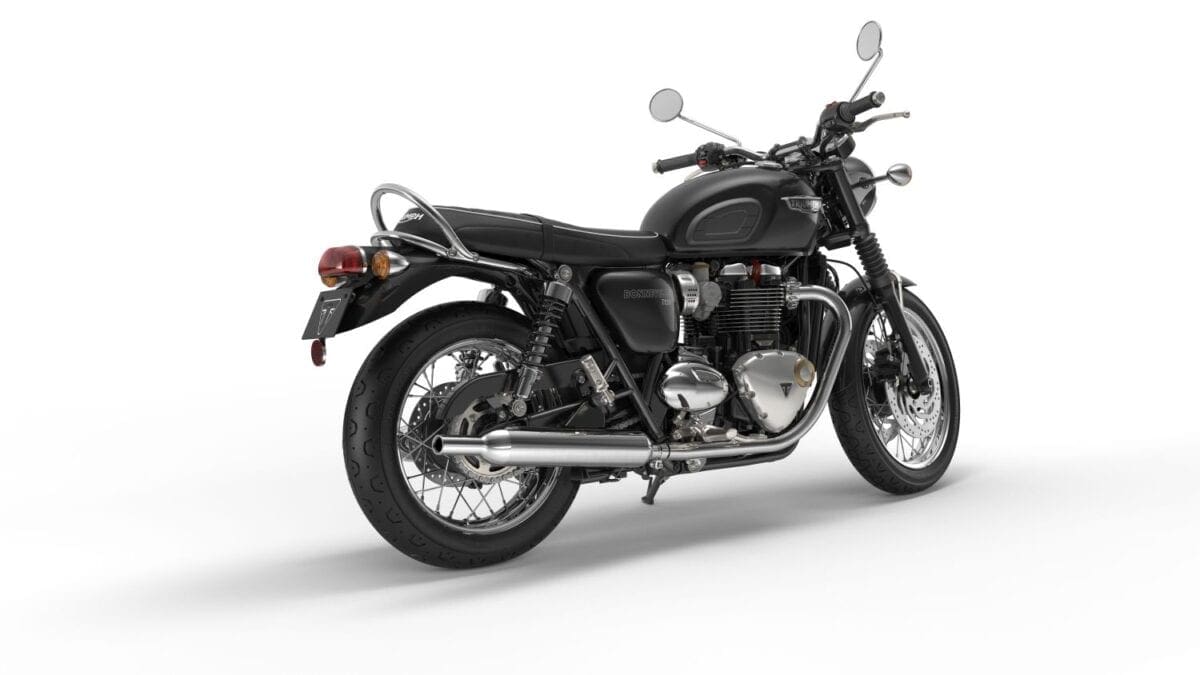 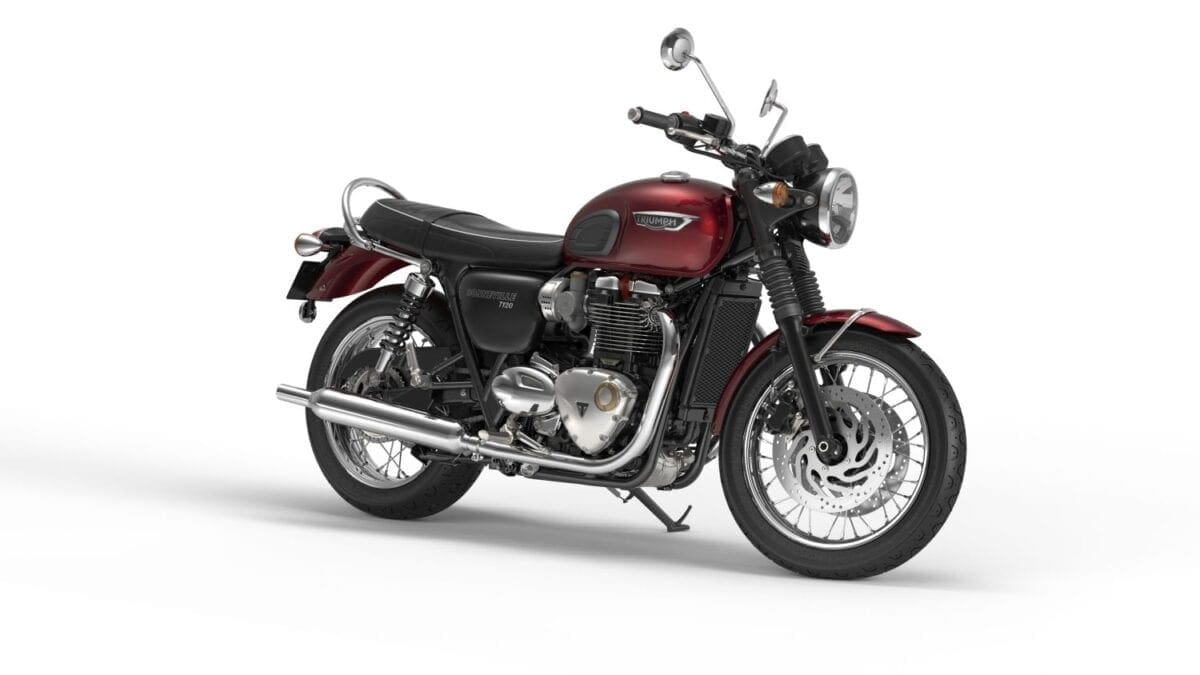