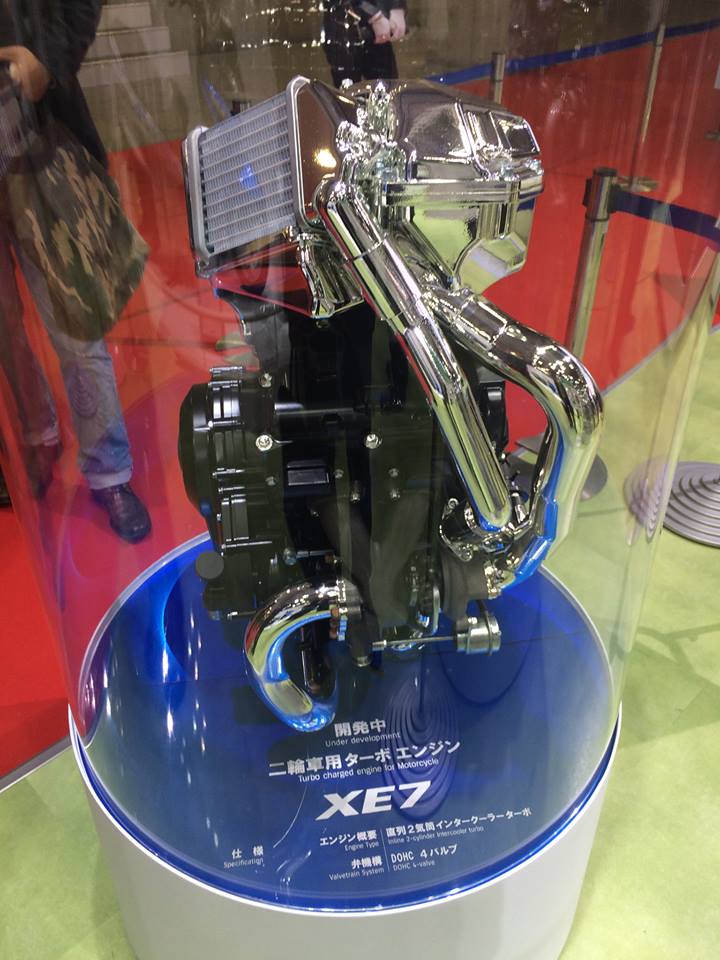 Well, when back at the start of July we first broke the global news that Suzuki had filed patent drawings for a new turbocharged 588cc modern sportster few were convinced.

Then a week later we had confirmation from our Japanese sources that the motor was going into a production version of the Recursion bike, a small half-faired roadster.

The next day we showed you a naked, upright version of the bike – and another Suzuki patent for the design from Suzuki itself.

And now Suzuki has put on display that very engine we told you about first. At the Tokyo Motor Show the company has shown its new motor. Details are slim at the moment but we do know that this is a turbo-charged motor. 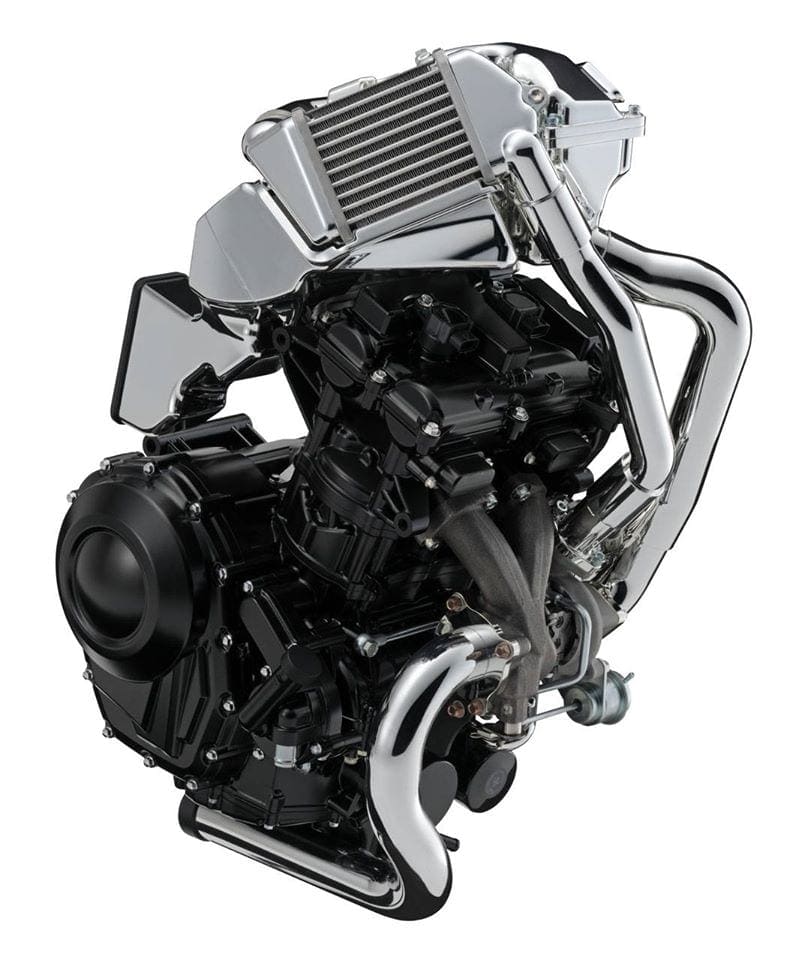 We also know that this is called the Xe7, is an inline 2-cylinder, DOHC, 4-valve lump with an intercooler turbo.

So, basically, it’s that engine for the Recursion project. Done and dusted. In development right now, expect the bike (below) to be shown at the end of 2016, on sale early 2017. 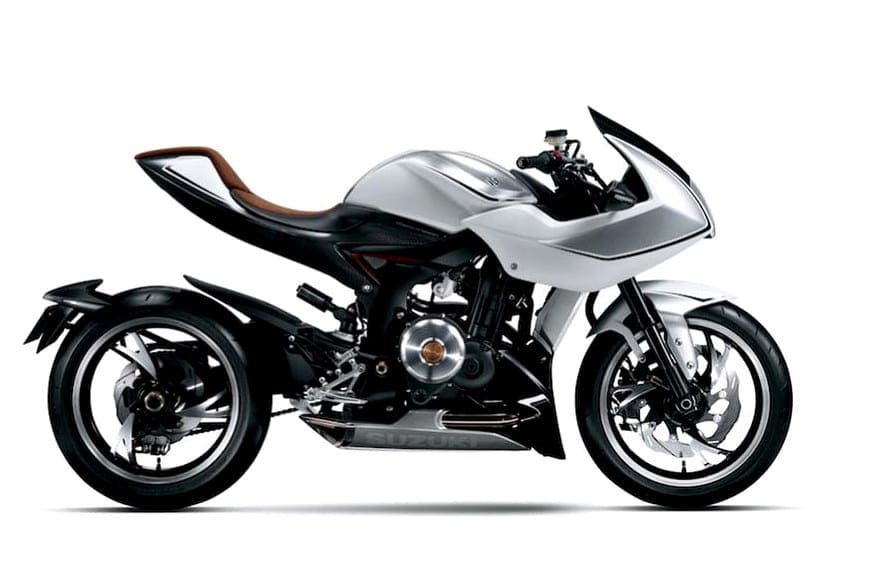